Dixwell Comes Out For "Stetson On The Street" 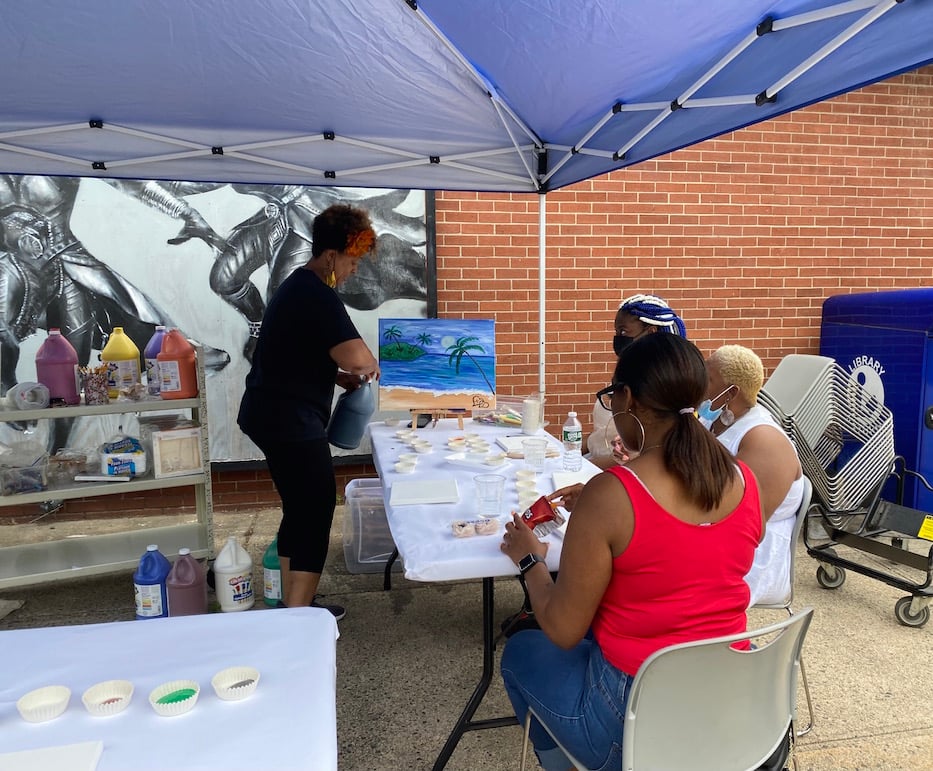 Rosie Smokes has been attending events at the Willis K. Stetson Branch of the New Haven Free Public Library since she was a little girl. Now a graduating senior at Metropolitan Business Academy, she thinks of Branch Manager Diane Brown as "like a mom to me." Saturday, she looked around at a place that has helped raise her as tents appeared across the parking lot and a new generation of young kids rolled in.

On Saturday, Smokes was one of a handful of attendees at “Stetson On The Street,” a new Saturday afternoon summer series planned in the parking lot of Stetson Library. As the library prepares for its move to the Dixwell Community Q House in August, the series is a way to keep the community involved.

For Smokes, Saturday’s event at Stetson Library was particularly meaningful. She said she wants to attend as many events as possible before she heads off to Clark Atlanta University later this summer. When she tried to remember the year she first started coming to the library, Brown cut in with the answer.

“Since she was eight years old,” Brown said.

“I just like being in the community, and the library has definitely helped me over the years,” Smokes said as a warm breeze floated through the air and bass-driven music coasted over the lot. 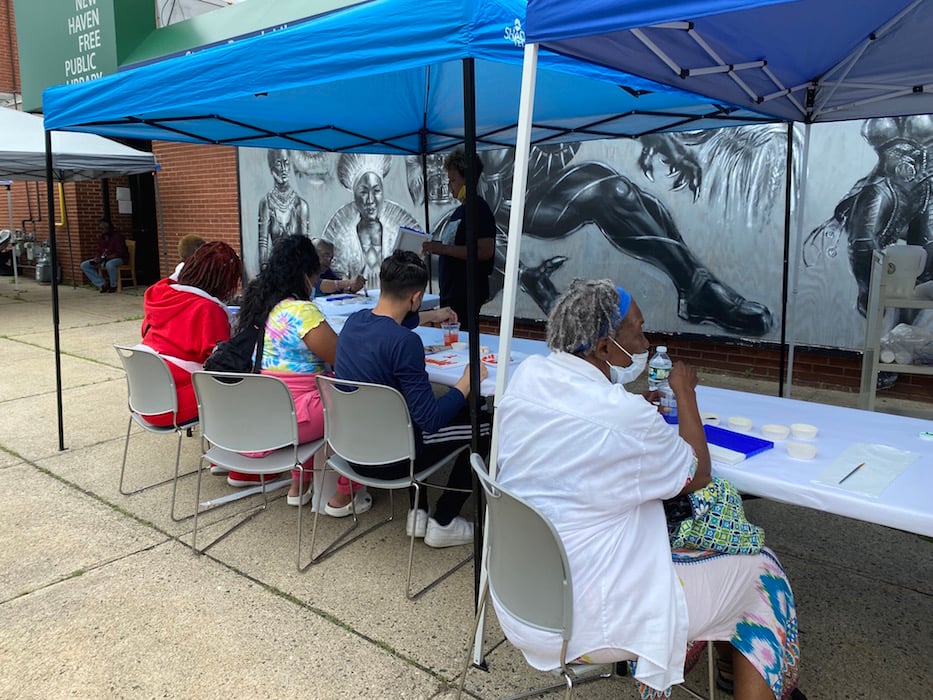 The event showcased the presence that Brown has had in the Dixwell community. White and blue tents stood against the back wall of the building, each with businesses and local organizations hosting their own mini events. The Shubert Theatre's community outreach tent supplied information about its summer camps and handed out free drawstring backpacks.

Kids shouted happily in the closed-off parking lot, where they received hula hoop lessons from Hood Hula. Brown, who showed off her hula skills with a large pink hoop, said that Hood Hula was “there to get kids moving and exercising.”

The most popular tent belonged to the owner of Divine Creations, Sheree Baldwin-Muhammad, who was hosting a Sip ‘n Paint. Each of the roughly dozen participants coated a canvas in dark blue paint, the first step to creating a replica of the model painting. The original canvas showed a seaside scene with palm trees. Martha Cedeno-Ross, the community outreach officer at Yale University,  carefully followed the design. 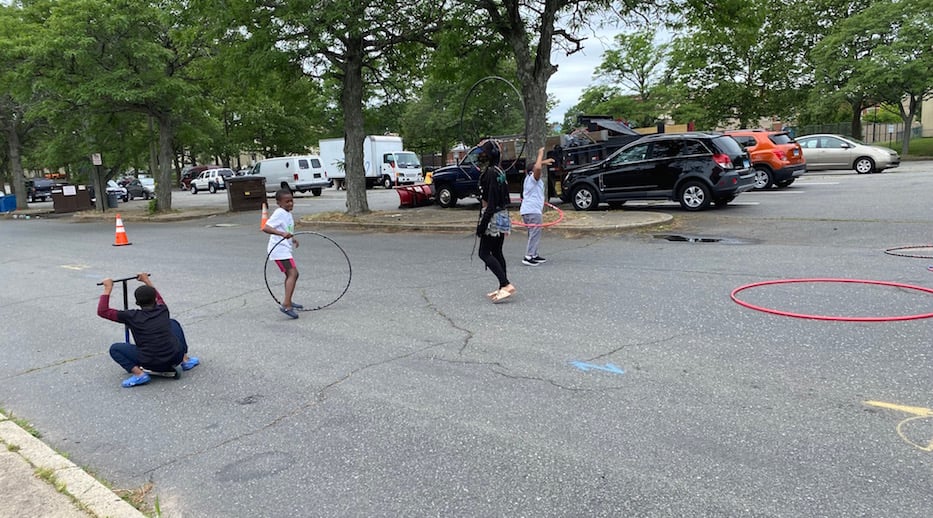 Over on the far left, volunteers from the local food pantry and outreach effort Women in the Village handed out sandwiches. Based near the library at 226 Charles St., the organization provides food every Tuesday, as well as occasional larger food giveaway events. The organization has a solid volunteer base and always accepts food donations. In the past several years, Brown has made the library one of the group's strongest community partners.

Director Andrea Mastraccio said turnout increased with the pandemic, as food insecurity rose across the city. The organization now serves non-perishables, fresh vegetables and some meats to between 85 and 95 families weekly, rain or shine. Her volunteers shouted to passersby about the free sandwiches.

Brown said a happy byproduct of the event series is that it’s kept the library connected to the community, even as it remains closed to visitors. In late August, the library will move across the street to the brand new Q House. There, the long-dubbed "Stetson 2.0" will occupy a multi-story space at the building’s entrance, complete with a new collection of 23,000 books dedicated to the African Diaspora.

Because of the packing and preparation, the branch has not opened back up from the strict pandemic guidelines like the other four New Haven branches. While it remains closed to visitors, cardholders can pick up their books curbside. In addition, Brown noted that the branch is still offering WiFi access and printing services to patrons.

“We can do research for them, and they can check out anything they want,” she said.

“Library turnout has been good, but I’m still not comfortable around a whole bunch of people," chimed in library staffer Rhonda Taylor. "The pandemic affected me pretty hard.”

Saturday's laughter-filled atmosphere showcased Brown and the library’s position as the glue of the Dixwell community. Stetson has long been about much more than books; Saturday showed that not even a pandemic and impending move can stop the programming.

“The whole idea is not to get a lot of people to come,” Brown said amid the shouts of children wiping out on scooters and the clatter of hula hoops on the ground. "What’s important is that the community knows we are still here."

The next Stetson on the Street event will be on Saturday, June 26 from 1-3 p.m. All are welcome.