Envisioning Equity: Building An Enjoyable City For All 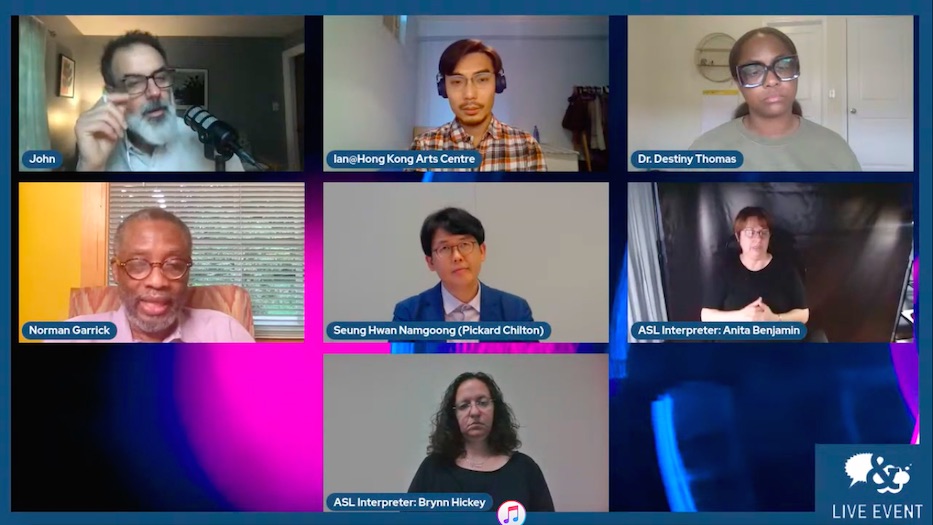 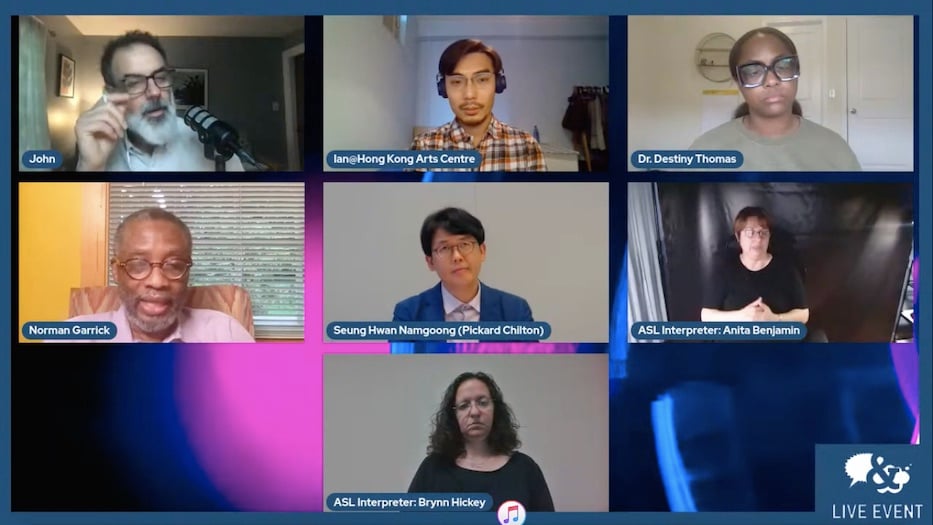 But as humans emerge from the pandemic, what does the future of the city look like? And how can it meet the needs of its residents?

Last Wednesday afternoon, journalist John Dankosky posed that question during “The 15 Minute City: Imagining the Future of Transportation,” a panel discussion hosted by the International Festival of Arts & Ideas. Moderated by Dankosky, the discussion featured Thealosophers Executive Director Ian Leung, an educator and curator in performing arts and public art; architect Seung Hwan Namgoong, an associate at Pickard Chilton; Dr. Norman Garrick, a professor of Civil Engineering at the University of Connecticut; and Dr. Destiny Thomas, founder and CEO of Thrivance Group.

One idea that both urban planners and scholars have raised is the 15-minute city, a concept that describes a city where all residents are able to meet most of their needs through a 15-minute walk or bike ride. It hinges on a layout that is more human-centered rather than car or commerce-focused.

Due to the pandemic, Leung said “we are realizing we have social needs. We are also realizing where the source of our happiness comes from. In that sense, we are also gaining awareness of the neighborhood we live in.”

As a result, humans now seek a more people-focused approach in their surroundings, as well as a sense of belonging, peace and comfort.

Thomas highlighted how peoples’ identities shape their spatial experiences. In her role as a social anthropologist, she frequently studies trauma and the built environment. She described how her three minute headway at a bus stop “could have much more dire implications” for her as a Black woman than another person leisurely riding their bike and enjoying their community.

Possessing certain identities can create vulnerabilities that in term shape our experiences in public spaces, she continued. She posed the question of what city residents need to affix to our infrastructure so that all people feel safe, accepted, accommodated, and accounted for.

“If we look at the legacy of mobility planning and transportation planning, particularly in the United States but also in other places, there is a heightened vulnerability that many of us experience just by virtue of being outdoors,” she said. “Unfortunately, because of the ways we’ve done planning and policy making, even your most equitable, most accessible, most affordable intervention will be rejected by those who’ve been harmed in the past by those same systems and entities.”

She pointed to how highways plowed through communities in the United States, forcefully displacing residents from their homes. She called for the holistic, multidisciplinary approach of spatial reparations—the idea of restoring the built environment to a state that serves a city’s most vulnerable and often most marginalized residents first.

Additionally, Thomas said she seeks accountability for the harm that industries have caused in Black and Brown communities, where their buildings transformed the economic vitality of the community and pushed residents out.

“We were seeing these conversations about highway removal programs, but I’m not seeing those conversations coupled with returning that land and that property back to the families that lost it when the highways were built,” she said.

“It’s what we owe people, to be able to thrive and navigate space,” she added.

Garrick, meanwhile, warned against unlimited innovation. He claimed that humans have been sold the message that modernity is about moving fast and getting bigger and better, “not realizing that uncontrolled growth is cancer.” He stressed that in reimagining the built environment, planners need to be conscious of this issue and revisit the basic goals of what they are trying to achieve when designing and building spaces in cities.

Garrick sees the 15-minute city as a concept that encompasses quality of life, health of individuals, health of the places, and the health of the planet. Zooming out to a statewide level, he noted the amount of structural racism that comes with the very word “city” itself.

“In Connecticut, the word ‘city’ is meant to imply a place where poor, Brown skin people live,” he said. “And if we don’t deal with that, I don’t know how we’re going to successfully build any kind of place that welcomes people. That’s really fundamental to what we need to deal with in Connecticut.”

“Some people want to make this about transportation technology or definitions of how you travel, but it’s fundamentally about how we live and how we get to the everyday needs that are important for our lives,” he added.

Namgoong described what he sees as irreversible structural changes that will unfold in a post-Covid society. Those include increased efforts to transform from commuting-centered to lifestyle-centered cities, from concentrated districts to decentralization, and from general to more personalized spaces.

He cited transit-oriented development consisting of public transit, connection through pedestrian network, and multipurpose urban complexes near the station to create a more vibrant experience as an essential piece of the 15-minute city. He emphasized comfort, ease, microspaces, and opportunities for rest in city design.

Approaching the concept from an arts and humanities lens, Leung suggested the two main core values of a 15-minute city are the pursuit of happiness and construction of social resilience. Art can transform a public landscape, particularly when artists build off infrastructure itself and their work becomes an integral part of the city.

He cautioned against standalone artworks that are destined to be temporary, photogenic spots. He explained that successful outdoor aesthetic experiences enhance walkability, solidify social dignity, and recognize citizens’ community identity.

But enhancements through public art bring up additional considerations.

“Whose art is worthy of being in the built environment?” Thomas asked. “Who gets to be a part of the creative process?”

The comment resonated in New Haven, where several works of public art have appeared in the past year. She questioned the “normative aesthetic”—the art that city officials and planners commission for an area as opposed to what local residents and artists would choose for themselves. She suggested inviting artists of non-traditional disciplines into the mix to be the visionaries and the leaders of these artistic processes.

She turned her attention to the people often disregarded in planning efforts, such as fat people, people who use mobility aids other than wheelchairs, and people with cognitive disabilities.

“Who can’t fit in the one hour city? Who’s not living in the 30-minute city? Because I think that’s where we start from when we talk about the scale of a 15-minute city,” she said.

Even establishing easy access to areas is not enough to achieve equity due to deep-seated issues in marginalized communities, Garrick noted. If planners start talking about transportation and land use, they miss the economic and financial structural issues that go into making those places.

He posed the question of how easily people can access a quart of milk in their communities. Then, what does that quart of milk cost at the store? Structural issues such as the one of food injustice lay in the backdrop even if we succeed in equitable mobility and transportation options, and must also be contended to in order to achieve an effective 15-minute city.

“How do we build places that are inclusive, where people can have a reasonable quality of life, can get around in freedom, and can easily get to stuff?” he asked. “All of those things are basic and fundamental.”

To view a schedule of events for the International Festival of Arts & Ideas, click here.