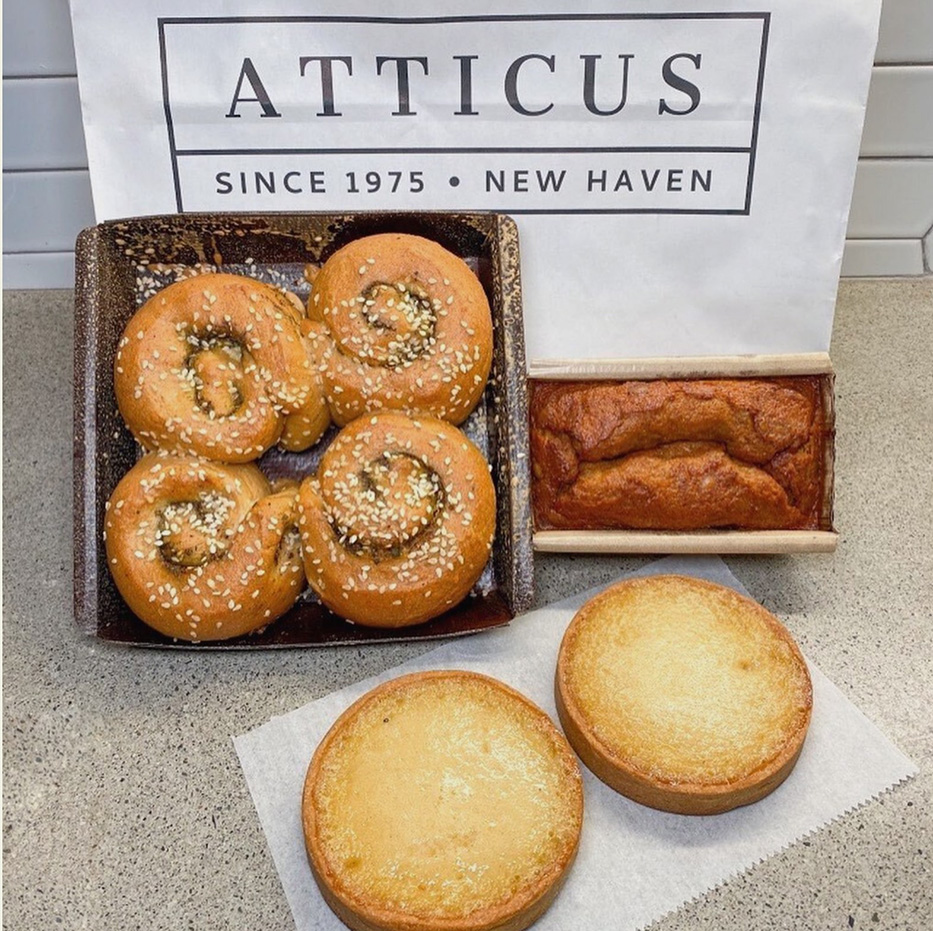 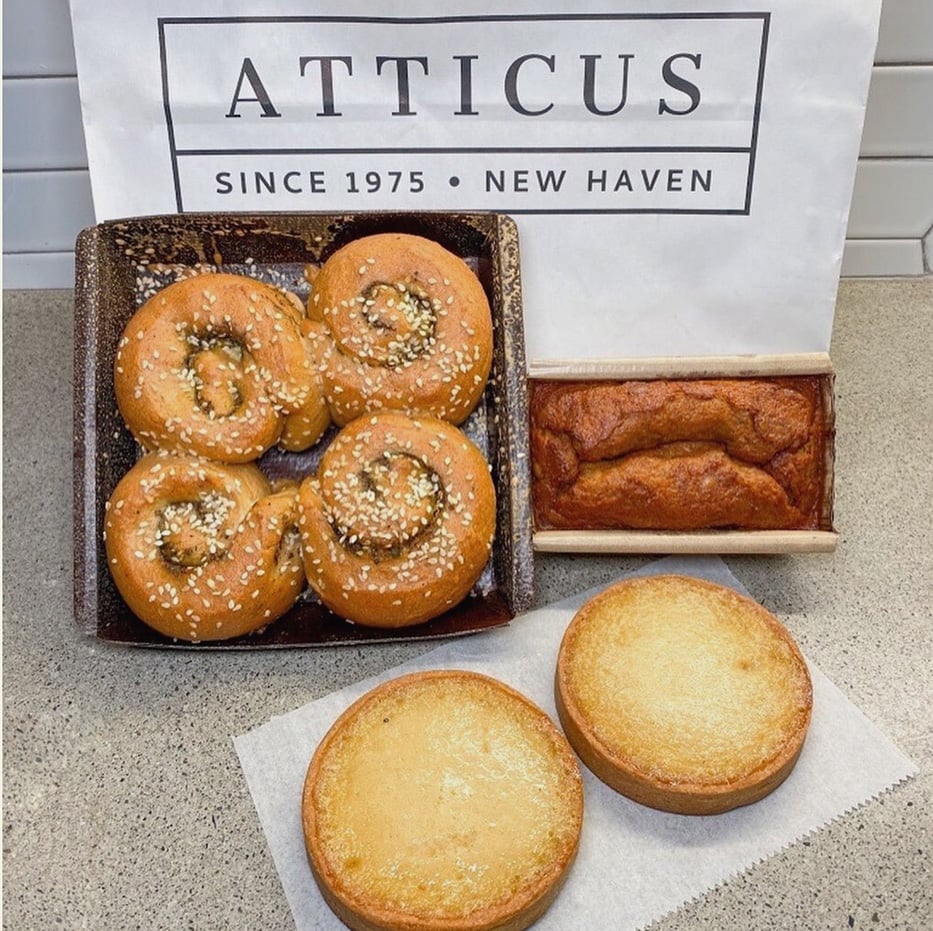 The sampler package provided to viewers at home included za'atar rolls and keyk kadoo from Sanctuary Kitchen and a honey tart from Huneebee Project. Photo courtesy of Atticus Market.

Several of New Haven’s food incubators have navigated business in the midst of a global pandemic. Now they’re joining forces to give nascent and early-stage culinary ventures a leg up.

A constellation of city officials, small business owners, and local food entrepreneurs  gathered virtually Thursday evening for the “NHV Food Entrepreneur Showcase,” a chance to discuss the evolution of food business across the city. The conversation comes as the new  CT Food Launchpad at Atticus releases a publicly accessible New Haven food entrepreneurship resource map, and the city announces plans to roll out a toolkit to streamline the process of becoming a food business.

“People are willing to pay money to create good jobs that pay livable wages,” Immer said. “It helps support the health of the local community.”

At home, viewers had the opportunity to taste-test some of the launchpad’s inaugural products, including a salted honey tart from the Huneebee Project and za’atar rolls and keyk kadoo from Sanctuary Kitchen. Both are inaugural members of the launchpad. He said that the resource map is intended for people who have an idea and want to see what the process could be like from start to finish.

Inside, entrepreneurs can find information about local businesses accelerators and incubators, training programs for workers, and workspaces to name a few of the resources. Modeled after CommonWealth Kitchen in Boston, it is intended to promote a sense of collaboration between organizations. Immer said he  wanted to highlight how city food businesses and organizations are “stepping stones” to one another, rather than competitors. Each one offers something distinct.

For example, CitySeed and Collab's annual Food Business Accelerator offers training and resources around how to successfully start a food business. It includes certifications and access to a commercial kitchen.  The CT Launchpad would be the next step for those businesses—it offers more tailored services such as  recipe development and scaling up businesses for wholesale distribution. More information about the launchpad is available here.

Swamy announced plans for a new municipal toolkit, meant to streamline the bureaucracy of becoming a food business. While the toolkit has not been officially released, she showed samples of what she expects to be included. It harkens to prior work she has done with entrepreneurs to make it easier to run a small food business in the city.

“The process has been shrouded in opaqueness and cumbersome bureaucracy that made it difficult for people to begin and complete the process,'' she said. “Outdated and complicated zoning regulations and land-use policies, including land-use policies which are remnants of racist practices such as redlining.” 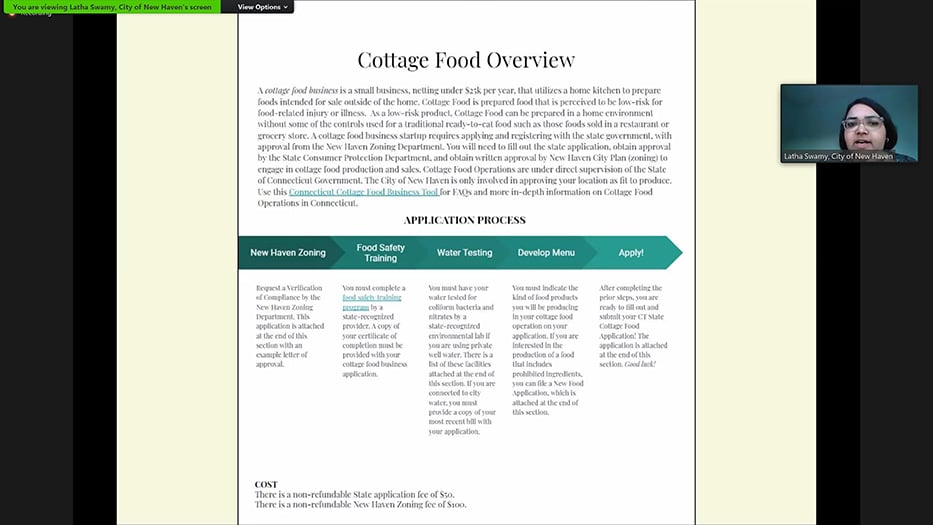 Swamy, who leads the City of New Haven Food System Policy Division, presented a sample page from the city's toolkit on opening a food business. Screenshot from Zoom.

The toolkit will be oriented around socioeconomic and environmental justice to promote equity in the city, Swamy said. Inside the toolkit, small business owners can access  information on applications, food manufacturing regulations, and licensure. Information on zoning regulations, fines, and approved ingredients will potentially be included as well.

Launching Food Business Off The Ground 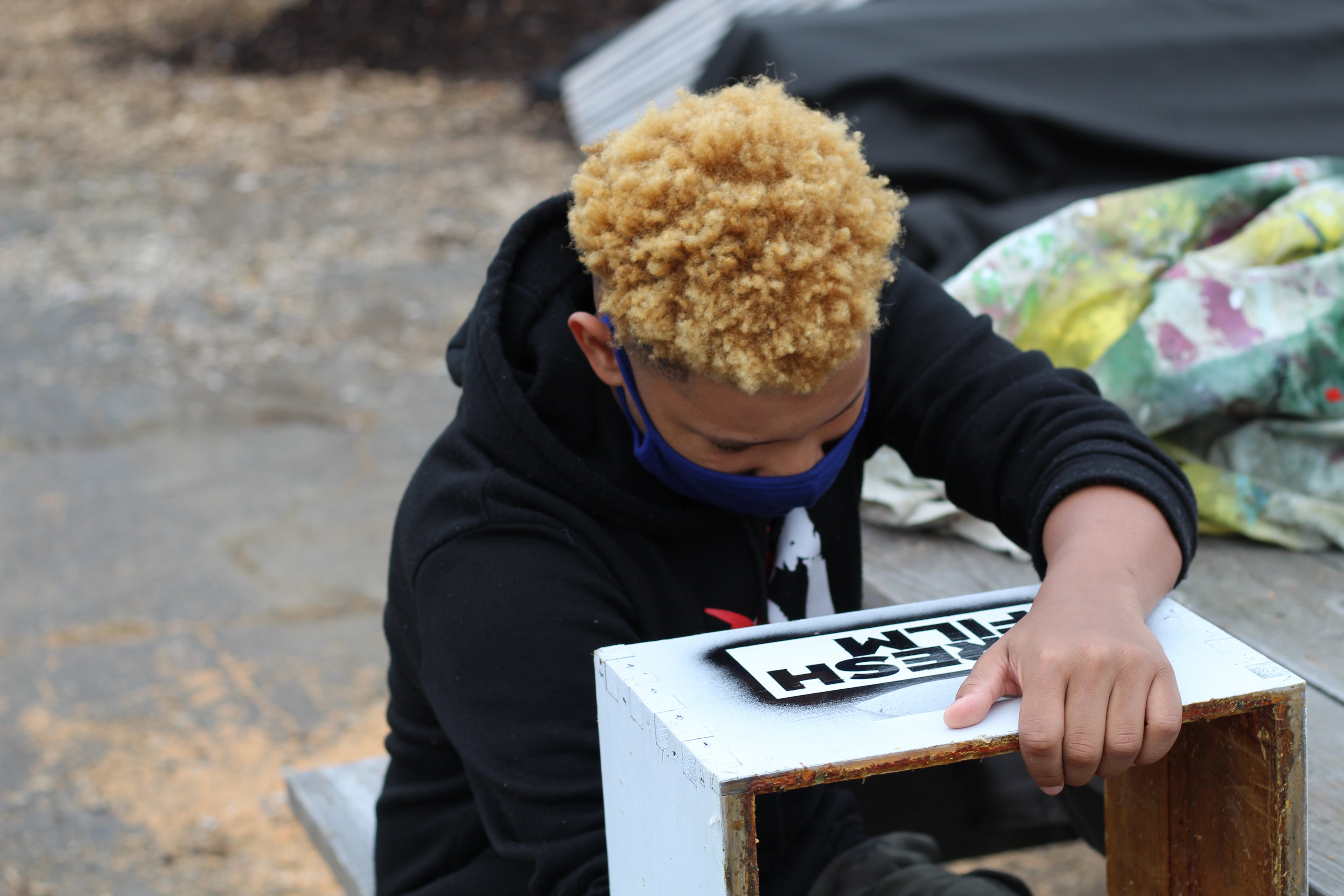 Nazir Grayson, a junior site garden managers atThe Huneebee Project, works cleaning out a hive box that will be installed as part of a hive sponsorship. Arturo Pineda File Photo.

Later in the evening,  The Huneebee Project and Sanctuary Kitchen at CitySeed presented their work with the launchpad. Both of the organizations were selected for this cohort based on their community-centered mission statements and a demonstrated record of success, said Immer.

For Sanctuary Kitchen, the opportunity to expand into wholesale came at an opportune time. Last year, Covid-19 forced the organization to pivot to  curbside pickup and virtual supper clubs instead of its more traditional catering model. It was looking for more ways to diversify income streams to support their primarily women immigrant employees.

Despite having business experience, the organization still runs first and foremost as a nonprofit said Renton. As a result, expansion presented a set of challenges that chefs  had not considered before, like scaling up or marketing to larger more diverse demographics.

“What could we pivot into wholesale scale?” she said. “We have a different relationship with the market as a nonprofit.”

The group selected the rolls and the keyk kadoo—a dense, sweet loaf cake made with cardamom and squash—as their pilot products. Their model came from business data: both products are best sellers. As baked goods, they were also most compatible with Atticus’ equipment. 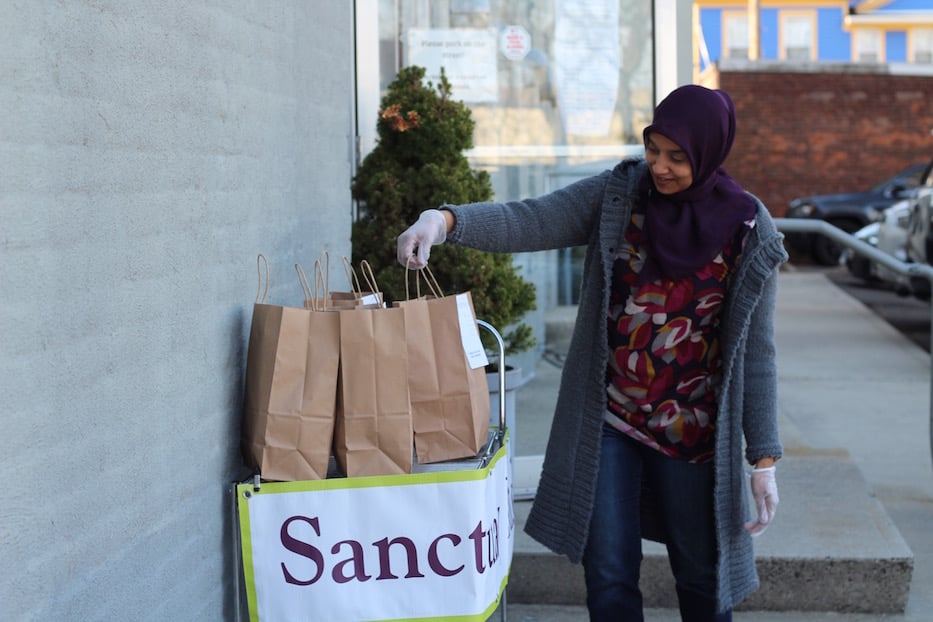 Za’atar rolls are a common Syrian breakfast food, said Abir Yousef, the Sanctuary Kitchen chef behind the recipe. They are spotted at every Syrian table and commonly enjoyed with black tea.

To align with Atticus’ mission, Yousef adapted the recipes to incorporate more locally and ethically sourced ingredients. A major change was replacing whole wheat flour with sifted spelt and incorporating some sourdough starter into the rolls.

The expansion into wholesale products isn’t necessarily just about increasing profit, Renton said. It’s also about continuing to support the existing employees and guaranteeing stability for the future.

“Hopefully people will be able to buy za'atar rolls across New York and Connecticut,” she said. “We are trying to scale and grow so that we can bring more economic development back to the city.”

For Huneebee, the opportunity came just as the group branched into product development with the release of its fermented garlic honey. Sarah Taylor, founder and executive director of Huneebee Project, said that it made perfect sense to work with Atticus: Huneebee’s growth has always come from the community..

But Huneebee didn’t sell any honey-based baked goods at the time. Alongside the bakers at Atticus, the group had to develop a product that would showcase the honey without draining the seasonal honey supply. In the end, the tart won out. The sifted spelt shell has a honey-cream filling and is topped off with pink Himalayan salt.

“It is nice to be able to learn from the people who have far more expertise than I do,” said Taylor.

She hopes that the increased profits will allow the organization to employ more youth and increase its reach in the community. The expansion also means that the dream of opening a brick-and-mortar store might not be as far away as she previously thought. She believes that taste-testing is a perfect way to get the community involved.

“It’s exactly what we wanted … getting the community involved tasting and shaping the products,” she said. “Their voices should be heard and leverage.”

Find out more about the CT Food Launchpad here.