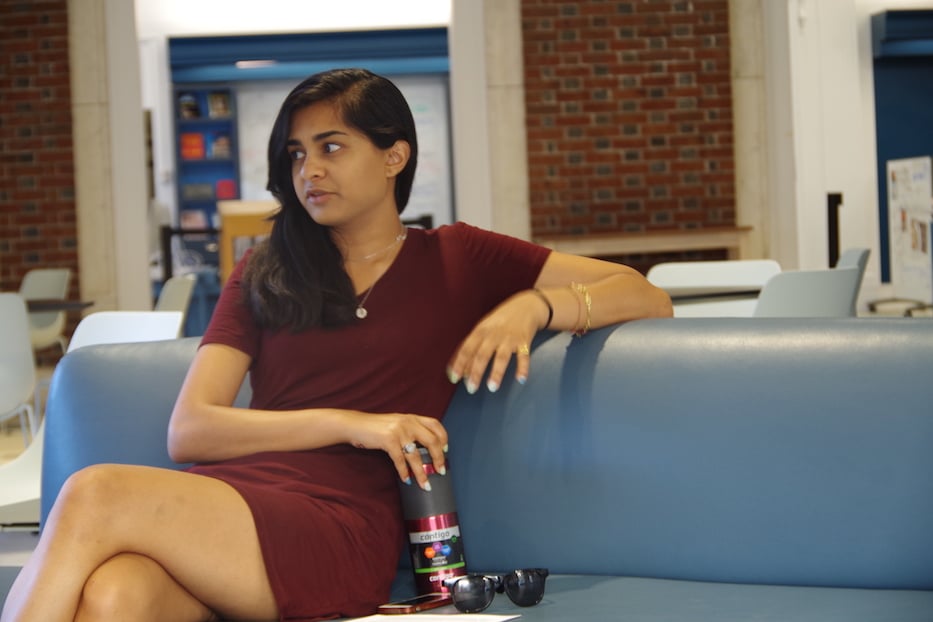 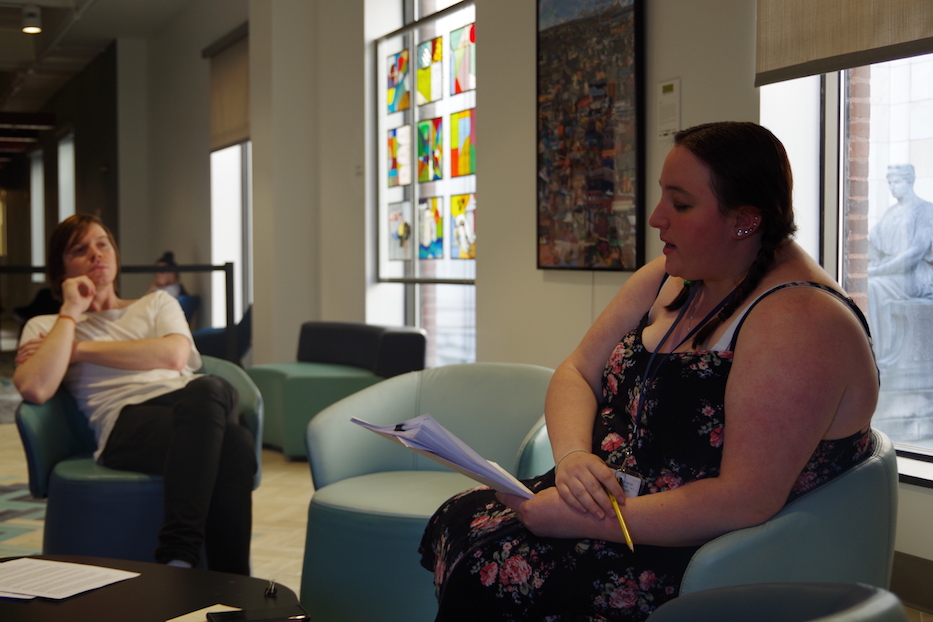 Can someone write about immigration if they’re not an immigrant? What about taking on gentrification, if that author might also be a gentrifier? What does it mean to read books that aren’t in English? Or to choose books that are?

Those were just a few of the questions New Haveners asked Thursday night, at the inaugural meeting at the Ives Book Club at the New Haven Free Public Library. The club marks new monthly programming at the downtown branch, where attendees are invited to meet around a theme, rather than a single book.

A Stetson Branch book club already exists as well; read more about that in the NHFPL’s monthly newsletter.

This month, librarians selected the theme “books about immigration,” based around Jhumpa Lahiri’s 2003 novel The Namesake. For the past several months, the city and the International Festival of Arts & Ideas have been celebrating the book as part of the National Endowment for the Arts’ annual Big Read. Next month, the book club returns with a “dystopian futures” theme on July 25.

“What makes this book club special is that you can pick any book as long as it is about the monthly topic,” said librarian and moderator Jennifer Gargiulo. In other book club models, she added, “readers may get 20 pages into their novel only to find out they don’t enjoy it.”

“If that happens here, that is okay,” she said. “You can stop reading and find a different book. This format makes for a broad discussion.”

It also means that if a patron happened to stumble into the club Thursday night, they might have confused it for an open forum on immigration instead. Gargiulo said that’s part of the point: it unfolds organically, and may lead to unexpected discussions depending on who shows up and what books they bring with them.

That happened for book club attendee Prerna Bhat, who started the discussion by drawing a parallel between herself and the main character from Lahiri’s novel. In the book, readers follow Gogol Ganguli, a Bengali-American boy named after the Russian author Nikolai Gogol, from birth into adulthood. His journey, which includes his immigrant parents and an eventual name change, became a touch point for immigration when it was published over a decade ago.

Like the character in the book, Bhat was born in Cambridge and went to school in New Haven. She cited the novel as relatable, both cultural and socially.

After Bhat had warmed up the group, Gargiulo changed tracks, asking about the racial, identity-driven and moral themes in the book. She suggested that all of them come back to immigration, a puzzle that is still largely unsolved in New Haven and the U.S. 16 years after the novel first made its debut. As attendees spoke, New Haven’s own sanctuary city status and humanitarian crisis unfolding at the border seemed to linger close by.

Attendee Keegan Cavicchio suggested that immigrants should hold onto their roots no matter how difficult it may be. Cavicchio noted that in the current climate, “immigrant” is not necessarily a term of endearment.

“Immigrant, in the grand scheme of things, is almost a term of separation,” Cavicchio said. “Yes, one is an immigrant, but one is also a citizen, a member of society that should be look upon with equal value. Especially when you consider America was built upon immigrants.”

The book club concluded with a discussion that has permeated libraries and book clubs across the country—who can write about what? Are some subjects off-limits to writers who don’t share the racial, cultural, socioeconomic background or gender identities of the characters they are writing into being?

"Does your chosen book address language at all?” Gargiulo asked. “Is learning English an important part of immigrant culture?”

The conversation ended with her stark reminder that, “There is no official language in America, English is not our native tongue.”

The Ives Book Club meets at the downtown branch of the New Haven Free Public Library on the last Thursday of every month. Each session ends with a vote that will decide next month's topic. The next session is scheduled for July 25 from 5:30 to 6:30 p.m.