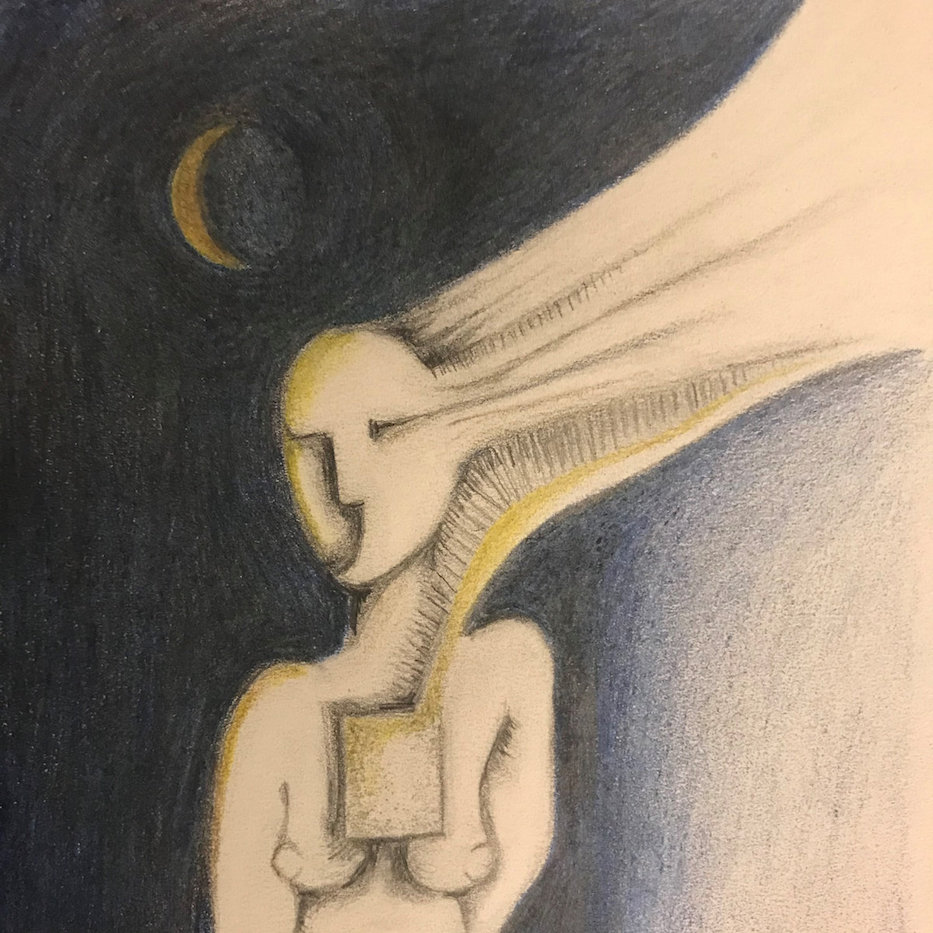 The music is quiet, like the hum of singing bowls and wind chimes. It’s easy enough to imagine Kierstin Sieser on a stage, swaying along as she plays herself in. In that universe, blue light falls over her shoulders and creeps onto her face. Her breath joins the sound of synth, a steady and low moan. There’s something open and exposed in her throat. It’s intimate, confessional even.

“Apologies for this small violence, but I want to bite your face,” she croons. “Drink your saliva, inhale your words in the meantime.”

It’s the beginning of Shark Tooth Moon, the latest from musician and Tiny Ocean vocalist Sieser. After dropping the album last month, she is donating the proceeds to the New Haven Creative Sector Relief Fund, which supports artists affected by COVID-19. She said she made the choice to do so after watching friends and colleagues lose months of work overnight. She still has a full-time job with the American Red Cross.

“There's a lot of organizations that help artists, but I wanted something that was all-encompassing,” she said. “It’s not like I'm going to make a lot of money on this project, but I thought that I could help people. I have a nine-to-five job that hasn't been impacted. As an artist, I think that art is one of the most important things that we have as a culture, especially now.”

In the album, Sieser guides the viewer through a meditative song cycle, sometimes raw and sometimes resolute and steady. It’s an ebb and flow that feels meta: when the musician began work on the album last fall, she was going through a divorce. She started the process of recording and mixing in December, after her friend and collaborator Mike Liquori opened his studio to her.

From the outset—a sound bath that opens “Attached You Will Find”—Sieser has created a thoughtful, funky, and deeply felt earworm of a thing. She lets the listener in and keeps the door open: they hear the rise and fall of her voice, the way it cuts and switches back like a knife, the breath and mouth sounds that linger on the track. She repeats lines, unhurried, and a listener finds themselves able to tease out something new every time. 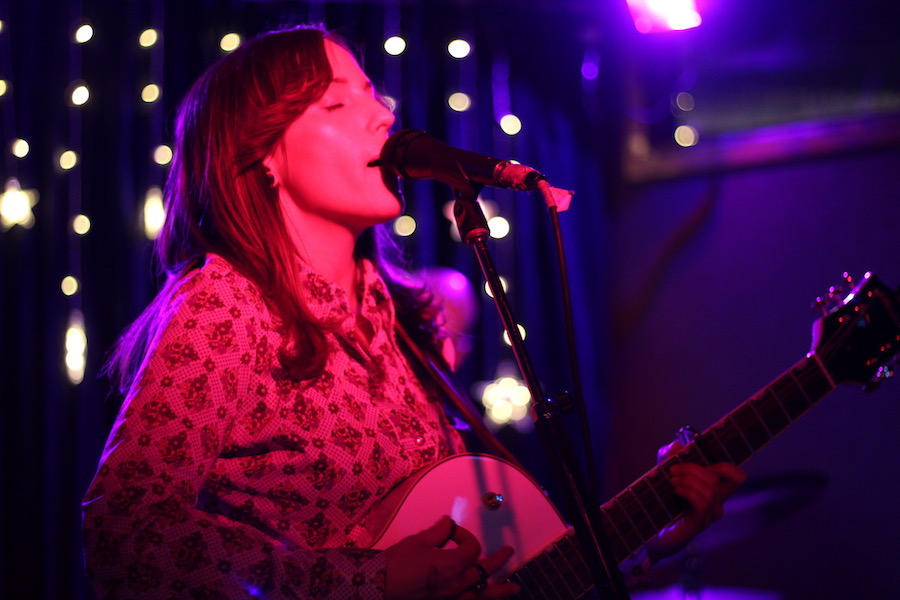 It’s an experimental delight, abandoning the structure of Tiny Ocean’s 2018 Sometimes You’re Right for something that is at once out-of-the box and polished. In “Golds And Blues,” she unfurls a story of a great but not entirely requited love, her vocals smooth and folksy as lyrics sprawl. Her voice breaks and tumbles, methodical enough to feel out every word.

One track later, on “Underworld,” she’s more conversational, vocals dripping over fuzzy guitar. At points, she slows down enough to just be speaking, equal parts lilt and gravel in her throat. She proclaims “that’s not/how it works here” and there is laughter at the edges of her voice. Then she presses on, and picks up the singer-songwriter-ness all over again.

Themes wind and rewind, building a kind of memory that shifts over each track. By the time she reaches “My Sister, Myself,” she’s entered a sort of stream of consciousness, singing at once to the listener, to a lover and to herself. It is also where the album’s title comes from: she recalls singing “to the shark tooth moon” as her voice gets wispy enough to get carried off on a breeze.

These are ultimately love songs, as dreamy, layered, unmoored and at times harsh as love itself. In “The Guest,” she warns the listener that she’s the monster in their bed, but lures them ever closer with a sort of hypnotic trance, as if the early 1970s are rising up to meet the current moment. The drums and guitar come in right on time: horns are muscled but gentle, like a blanket rippling under everything that slowly becomes louder.

At times, tracks have a kind of familiarity, as if Regina Spektor has sat for a glass of wine with Neko Case and then decided that it’s time for whiskey instead. But Sieser is also fully herself: her lyrics bear witness to the puzzle that is breaking apart her life and putting it back together. She has captured a certain kind of magic and strangeness of the time that she’s living through: listening, and then re-listening, to the songwriting is part of the pleasure.

“I felt like there was part of my artistic voice that I wanted to nurture a little more,” she said of writing and recording the album. “Maybe it’s funny for somebody who was going through a divorce to release an album of love songs. But I think I connected more deeply to that place. My personal life had blown up in the process of making this. It was a positive from a lot of strife.”

The album feels right on time, both for the artist and for her listeners. When COVID-19 hit Connecticut in March, Sieser and her colleagues at the Red Cross “went into crisis mode” as blood drives were cancelled across the country, causing a widespread shortage. As the pandemic continued, the organization set new parameters for blood drives.

She watched as hotels offered space for disaster relief, as tornadoes ravaged parts of the country in the midst of rising COVID-19 cases. National rates of blood loss went down: coronavirus translated to fewer car accidents and fewer elective surgeries.

When she isn’t working remotely, she has been writing new material while also navigating distance learning with her 13-year-old son. While she said her work is not directly inspired by COVID-19, “it's impossible not to” think about it while writing. The pandemic has invaded every corner of her life, from Zoom Passover to her day-to-day work. Within it, Shark Tooth Moon is a bright spot.

“I do feel good about it,” she said “I'm ready to work on new stuff. I never really planned to do like, live shows with this album. It was a whirlwind and a focused space of creating it.”