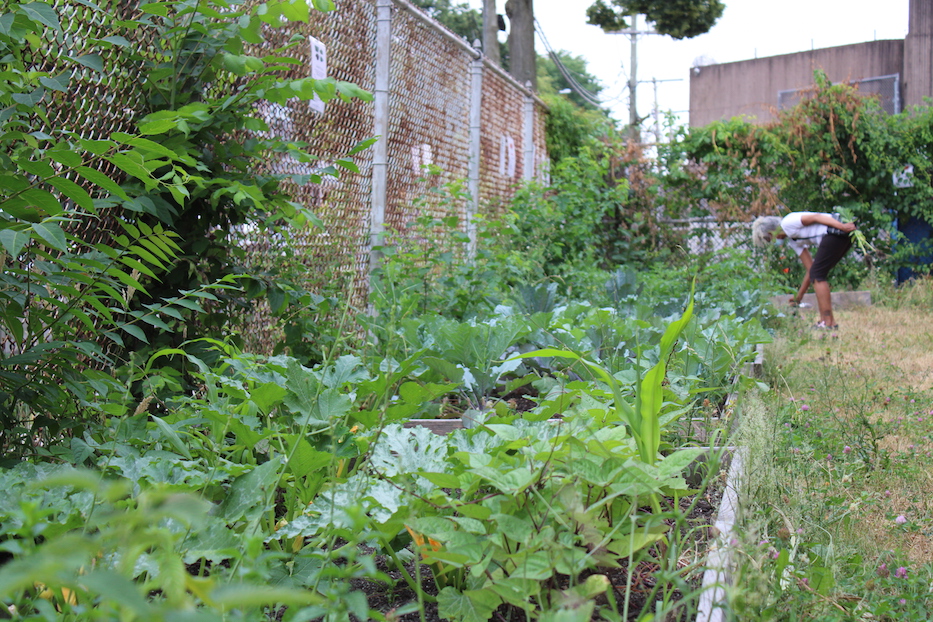 Kale and collards poke up hopefully in their garden beds. Stands of raspberries tangle with each other and the chain link fence nearby. Signs explain not just what leafy friends grow beneath, but their medicinal and culinary strengths. Volunteers haul bags of organic dirt to freshly constructed raised garden beds, setting the stage for another radical act of cultivation.

This is Love Fed Initiative, perhaps a model of what local food should be. Founded two years ago as Love Fed New Haven by Raven Blake and Farmer D (who also goes by Native Praxis), the initiative seeks to restore food sovereignty to the New Haven community, and specifically to BIPOC (Black, Indigenous, and People of Color) city residents. It has about as many branches as a well-established zucchini plant, unfurling and leafing out as it grows and nourishes more and more New Haveners. It also dovetails with Blake's other work in the city, as co-deputy director of CT-CORE.

Love Fed does “food justice work specifically addressing agriculture, and urban agriculture,” Blake said in a recent interview. “It’s about community resiliency especially for Black, Indigenous, and other people of color, with access to food, empowerment, and agency over their food.” 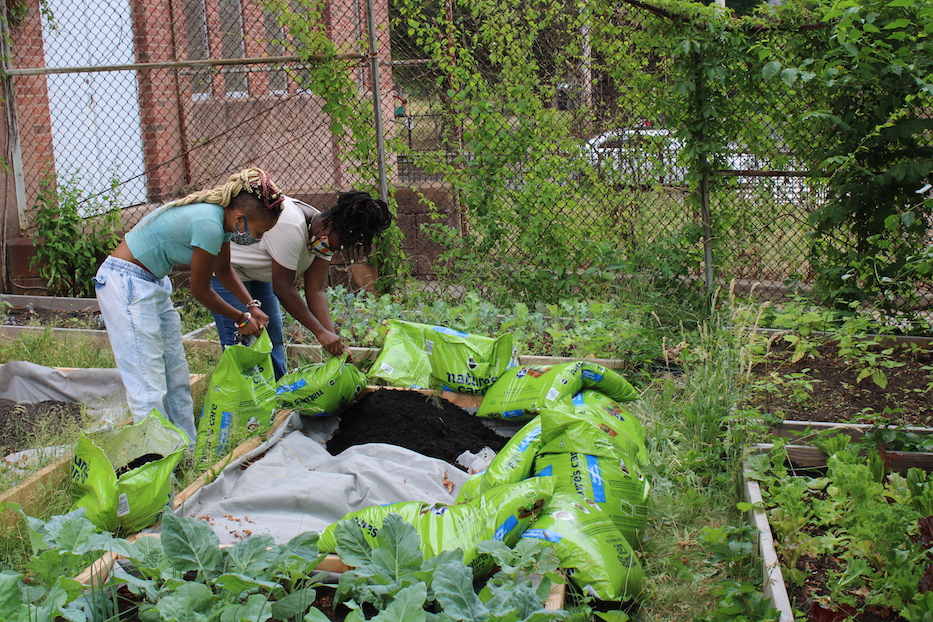 The vision is simple, Blake added. In a system where people of color comprise front line workers from production to consumption of food, this shift in power and agency creates a vision of community stewardship and liberation, one basket of produce at a time.

The core of Love Fed’s activity is its home farm program. Through the program, residents apply for raised beds; gardeners install the beds for free and set the new growers up with everything they might need to become home farmers, from hand tools to chicken wire to ongoing learning as the plants grow.

“It’s an accessible way to get people to grow food, and a way to reconnect people with food,” Blake said. “And for the folks who get beds, land isn’t as much of a barrier.”

In many ways it is also the most cost effective, as the price of a home farm is relatively low. Love Fed started two years ago with home farm installation and hasn’t looked back, increasing capacity to install more farms every year. 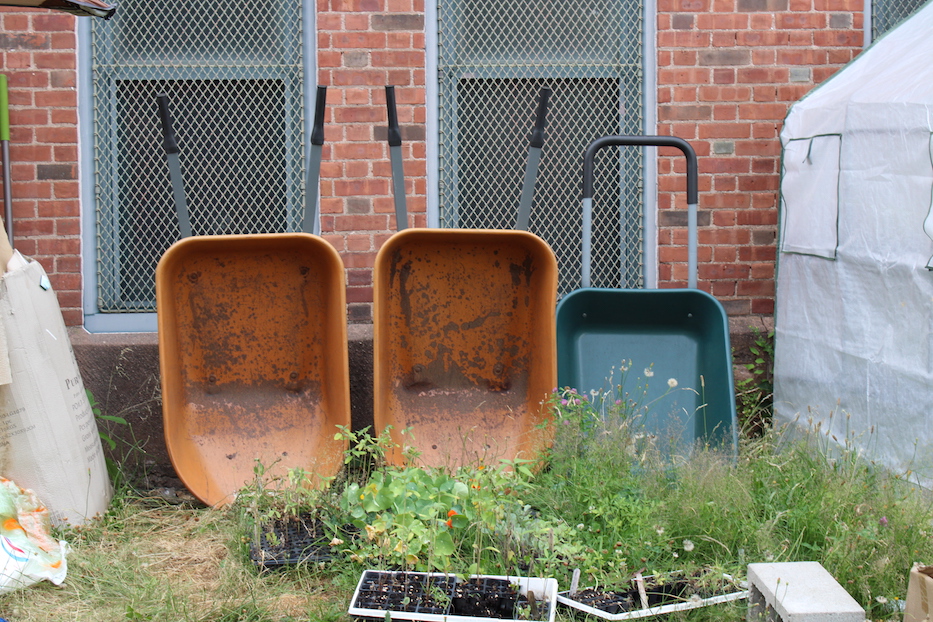 Blake and Harris take to heart the message that food is both freedom and medicine: in addition to growing and providing food, the organization offers outdoor yoga and meditation and teaches growers about medicinal plants. Love Fed envisions a foodway in New Haven that allows its Black and Latinx residents to achieve food sovereignty.

To Blake, that will require a huge shift in power from the current food system.

“Food justice work specifically addressing agriculture, and urban agriculture, it’s about community resiliency especially for Black, Indigenous, and other people of color, with access to food, empowerment, and agency over their food,” Blake said. “Food sovereignty points to very specific things that define how food systems can be better for the earth and people. For it to be done requires action steps around creating better food systems.”

“If we’re truly practicing food sovereignty, then a just food system in New Haven is decided with and by the community,” she added.

Everything is touched by food, she added—from prison and school meals to so-called ‘food deserts,’ often in communities that have also suffered from redlining and the damages of urban renewal. Last year, Data Haven reported that 22 percent of the city’s residents were food insecure—a number that was higher in Black and Latinx communities. This year, that need has skyrocketed during the COVID-19 pandemic. 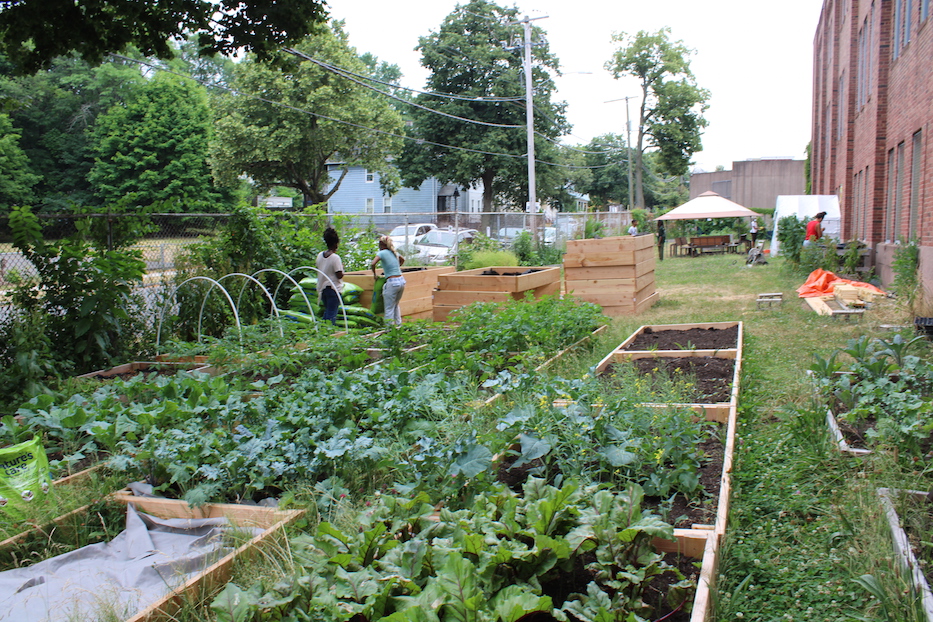 Enter the home farm program. While Blake does not see it as a substitute to fixing a broken food system—in cities like New Haven, food insecurity is on the rise—it creates an alternative pathway in which the community itself decides what the food system will be, as opposed to being dependent on a profit-driven supply chain. For Blake, that is food sovereignty.

Love Fed also offers school programming for students enrolled in the Connecticut Center for Arts & Technology (ConnCAT), Cooperative Arts & Humanities High School and Wexler-Grant School. There are community garden-to-cooking classes, and the organization is fundraising to send some of its young folks to attend the Afro Botany Immersion Conference in Costa Rica, where they will learn about medicinal healing practices found and used throughout the African diaspora.

This year, Love Fed unveiled its CSA program, but found its scale and direction deeply impacted by COVID-19. The original plan was a small ‘beta test’ of sorts, but “it became super essential—everything we’re doing became even more recognized,” Blake said. 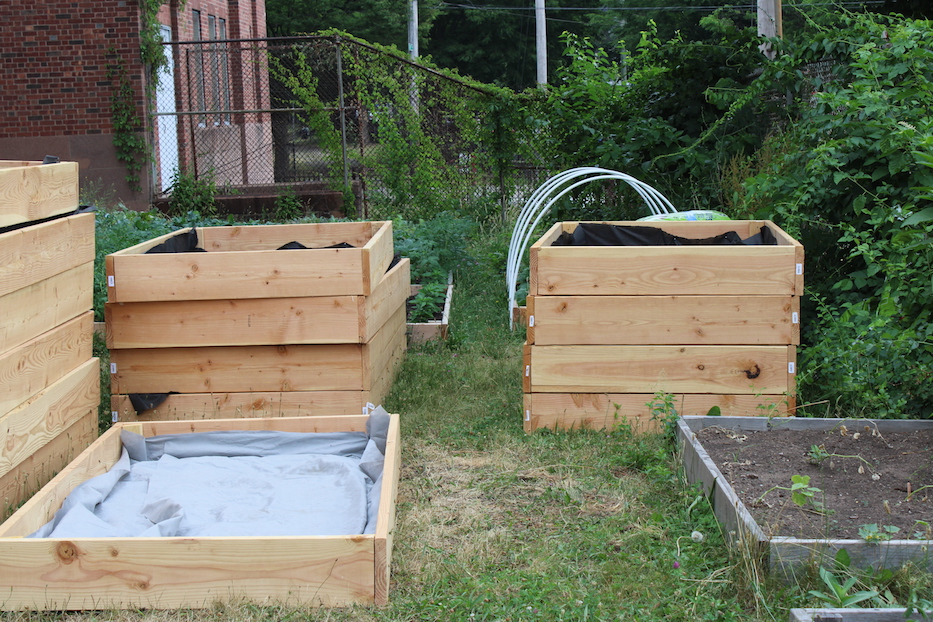 "It’s always important and vital work, but more so recently people are beginning to understand that," she added. Blake noted that the trend in home gardens due to people staying home in quarantine had made their home farm program even more popular. The CSA, however, Love Fed prioritized differently,

“Garden beds might be on a first come, first serve basis, but for the CSA we are focusing on those most affected by COVID and by food apartheid, and creating a sliding scale so it becomes more sustainable for us.” Blake said. She noted the ongoing difficulty of creating a sustainable financial model for all of this work when the organization is still largely beholden to donors.

Blake suggested that food justice is just one aspect of Black Lives Matter, but one that touches every aspect of social justice. Although she saw a spike in donations in the wake of the protests of the last month, she said they’ve already started dying down. Despite being on Soul Fire Farm’s Reparations Map, the Love Fed Initiative has struggled to get the word out, or what it needs in land, money, and a consistent platform. 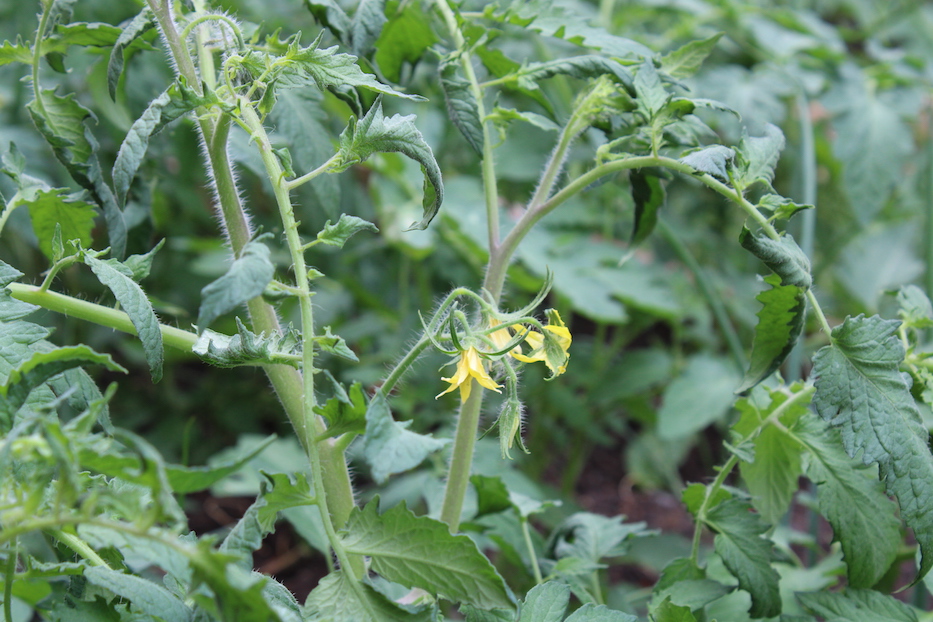 “We need land,” Blake said. Collective stewardship of the land is difficult without land to steward, and her vision for what Love Fed can do is hampered by what land the organization can grow on. The size and scope of the CSA and farming programming could expand exponentially if there were more land to cultivate.

“We’re still growing—we can work full time but we can’t be compensated that way,” she said. “Which is important. Black lives matter. Black labor matters. The work that we’re poised to do... the impact it could have is being talked about around the world. Food is political. It is tied to social justice. It’s just as important, education at large is important, and even school food! All of these institutions interact with our food systems.”

For Love Fed to grow requires a shift in power that comes with money and access to land and space. While the one-time donations sparked by the murder of George Floyd and ensuing protests helped, it does not undo centuries of systemic racism that deprived (and still deprive) Black people of land and resources.

“People need to do a lot more,” Blake said. “It’s always been about shifting power. Folks have to be willing to shift power; people have reached out about having land they want us to cultivate, but never followed through on that. When it comes to giving up the resources that Black and others actually need, you’re not actually handing over the keys. But you’re fine with donating $25.”

Antiracism goes beyond donations and into structural shifts, she added. Land can be reparations, too.

“With money and land we could grow our capacity to meet this demand that is wildly way more than it’s ever been, because people want to be farmers,” she said. “It’s important for Black people to not rely on the capitalist food system that’s effectively designed to kill you.”

At the community garden, a stand of raspberry bushes gleamed with tiny red clusters of sweet berries, a little bit off from a garden bed full of young tomato plants reaching for the sun. A steady stream of masked volunteers came in, greeting Blake and Farmer D, setting their things down. It was time to get to work.

To find out more about Love Fed, visit its website. To donate to the Afro-Botano Immersion, click here.