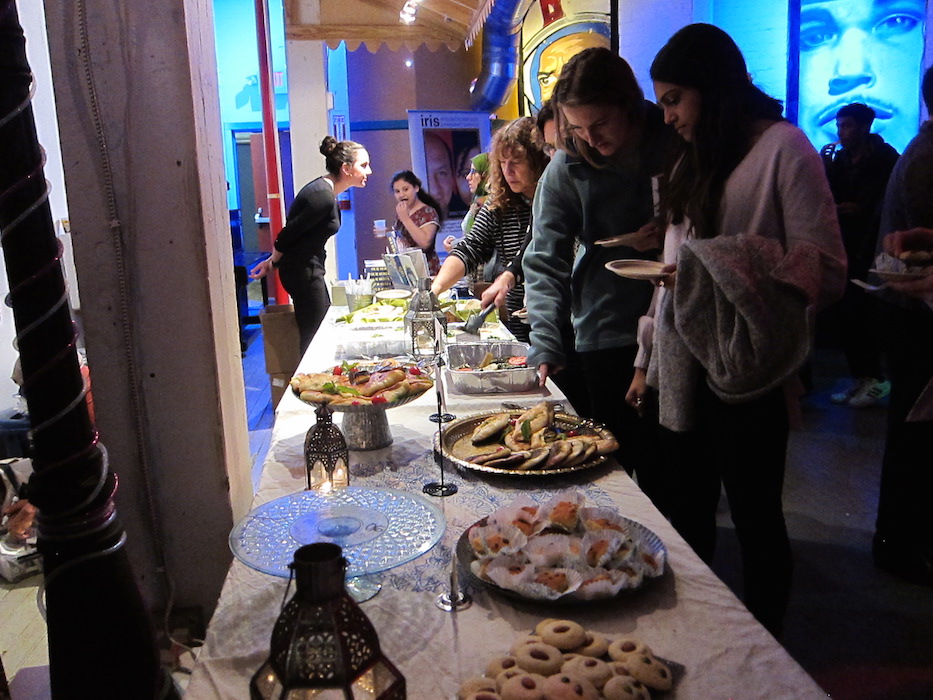 Inside Bregamos Community Theater, Sanctuary Kitchen was bringing a piece of Syria to New Haven. Near the entrance, a long table piled with Syrian food greeted attendees. The smell of za’tar and oil floated through the air, spicy and sharp as it rose to greet attendees. Children ran around, one smiling and claiming to be the newest volunteer.

A white board asked in English and Arabic: Is there a time you stood up for something you believed in, even if it meant going against a rule or authority figure?

Storytelling came in many forms Tuesday night, as New Haveners gathered for a screening of the 2018 film We Are Not Princesses at Bregamos Community Theater in the city’s Fair Haven neighborhood. The event, coordinated by Sanctuary Kitchen, included a talkback with Yale professor Elise Morrison, Sanctuary Kitchen Chef Abir Yousef, Integrated Refugee and Immigrant Services (IRIS) Community Engagement Director Ann O’Brien, and We Are Not Princesses co-director Bridgette Augur. Karima El-Hamraoui interpreted in Arabic and English. 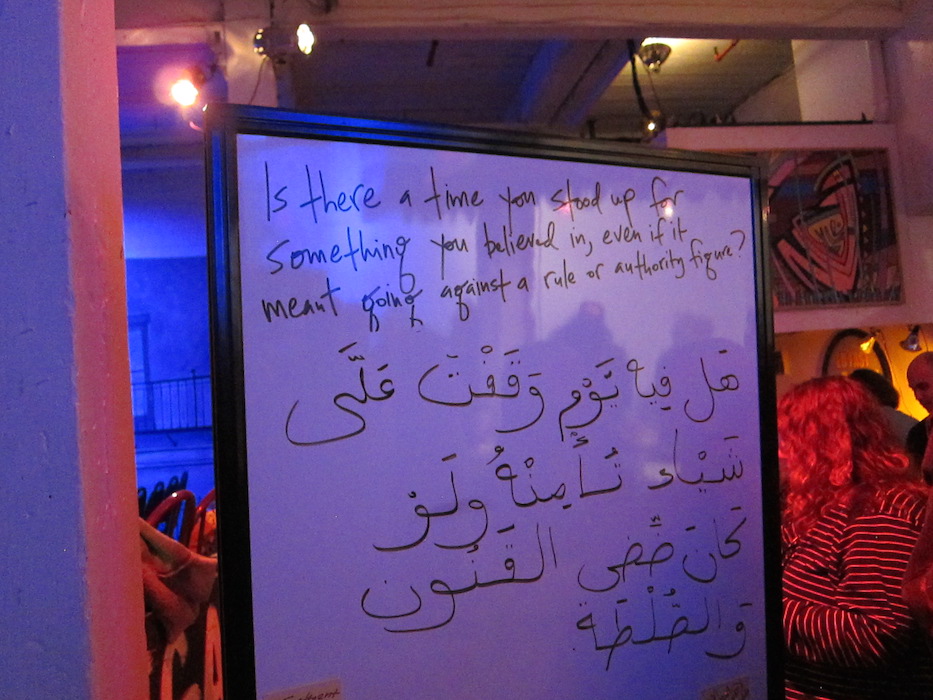 Storytelling started well before the film. The first mode, and perhaps the most tangible, was the food itself. Prepared by Sanctuary Kitchen—a collaboration among CitySeed and several refugee chefs and home cooks in New Haven—the food featured many of the recipes available in the cookbook Our Syria, written by We Are Not Princesses co-director Itab Azzam. As the room prepared to be transported to Syria and Beirut through the film's immersive worlds, it got a teaser in the rich smokiness of the mutabbal, the salt of the cheese-stuffed breads, and the delicate sweetness of coconut pastry.

Released last year, We are not Princesses is a documentary featuring Syrian refugee women who find themselves in Sophocles’ Greek tragedy Antigone, the tale of a woman who defies her father, the king, to give her brother an honorable burial. She pays dearly for her decision and her bravery—and is remembered by millennia that have followed.

In the documentary, a deep identification with the text plays out not just in the process of theater and rehearsal but also in monologues that respond to the source text. There are frequent looks into the inner lives of the women, reminiscing on smoking and head scarves and permissions granted—or withheld.

During the talkback, Augur noted that this tale spoke to the women so much that, after reading it, “they came back and told me there was no way this was written 2500 years ago—this is our story.” 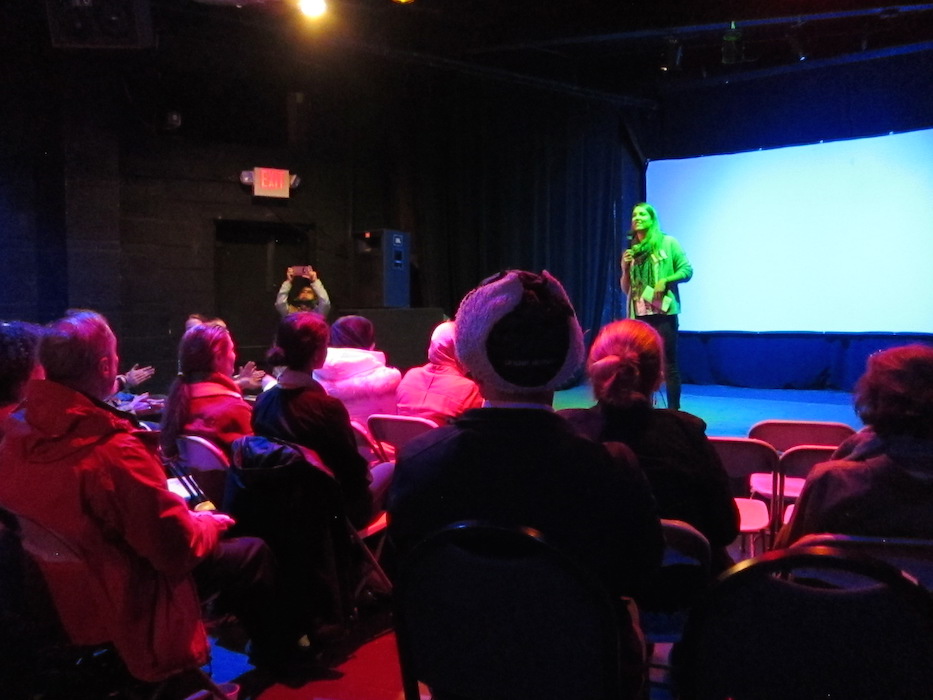 Fedwa, an older Syrian refugee in the film, speaks of identifying with the authoritarian King Creon because she values order. She lost two sons in Syria, and lives with one daughter while the other smuggles herself into Italy. The juxtaposition of these women taking selfies and in subsequent scenes describing text messages as the only obituary for their sons was powerful.

In the film and in the audience, storytelling kept coming in layers. Because several of the women were not permitted by their families to appear on camera, the filmmakers came up with dreamy animated sequences, creating an open space for interpretation and story. One wrote a love letter. Another told the tale of her son’s death. Embedded in them was not just the reality of lives in Beirut, but the dreams they held, and the fantasies, with the freedom that illustration brings to the documentary world.

The final course of storytelling for the evening was the talkbalk, in which Augur spoke about her process and the purpose of theater as a therapeutic device. She explained that she saw Beirut and the refugee camps as the places where members of the Syrian population could finally release their grief and trauma.

“It provides a container for this deep deep work,” she said. 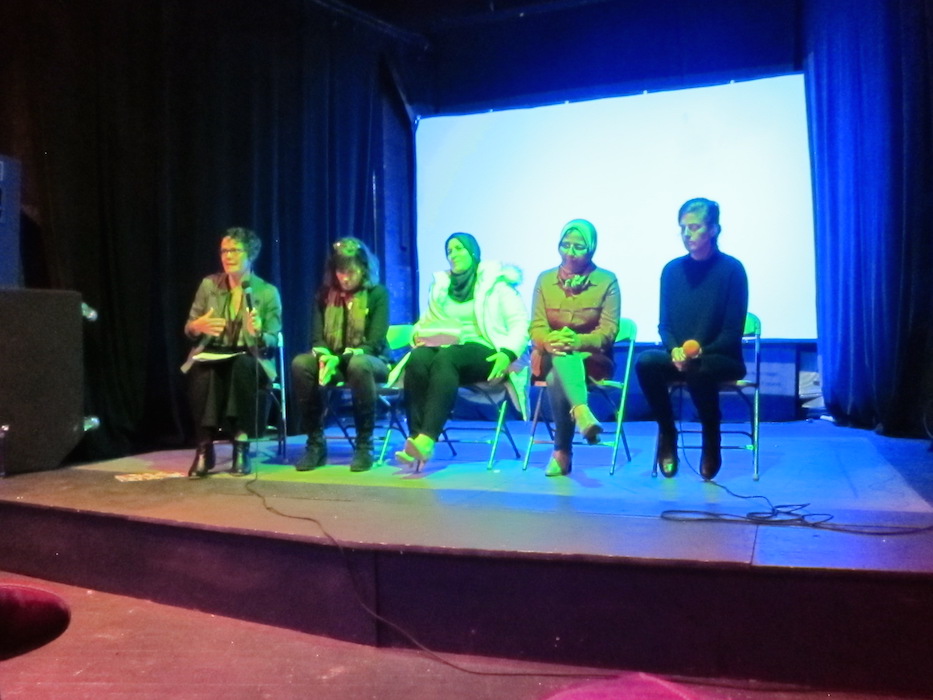 Yousef, when asked about the use of storytelling for her, paused before responding. She explained that she doesn’t tell her children stories of the war because they survived. She recalled being unable to tell a seven year old boy where his legs had gone, and noted that there are thousands just like him in Syria.

“The war isn’t storytelling,” she said. “The war is still going on. And it’s being lived by all the Syrian people.”

But, she added, the community built by IRIS has become her solace and new family.

“When I feel like I can’t have a family, I visit IRIS. IRIS became my family.”

To find out more about Sanctuary Kitchen visit their website.