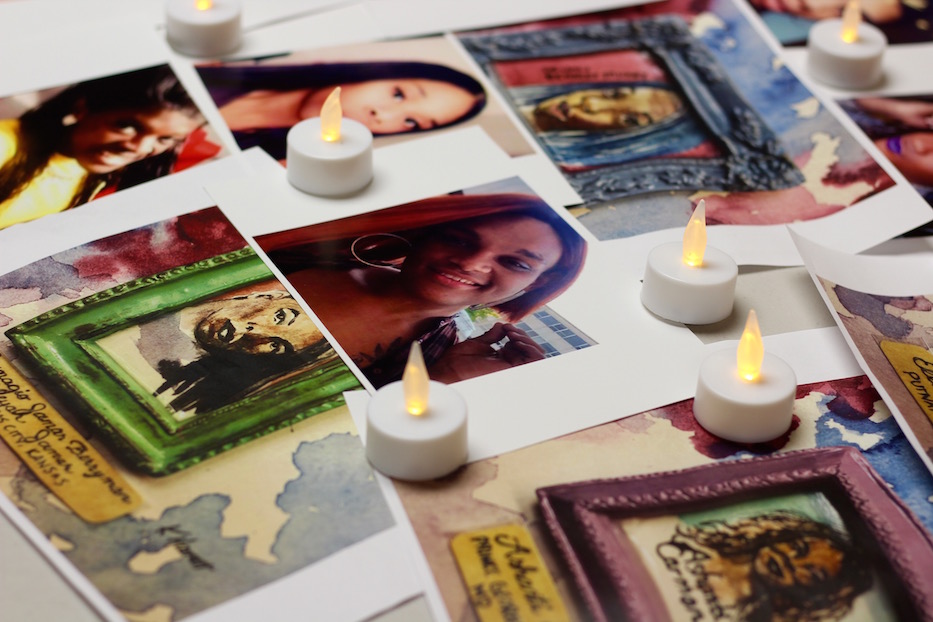 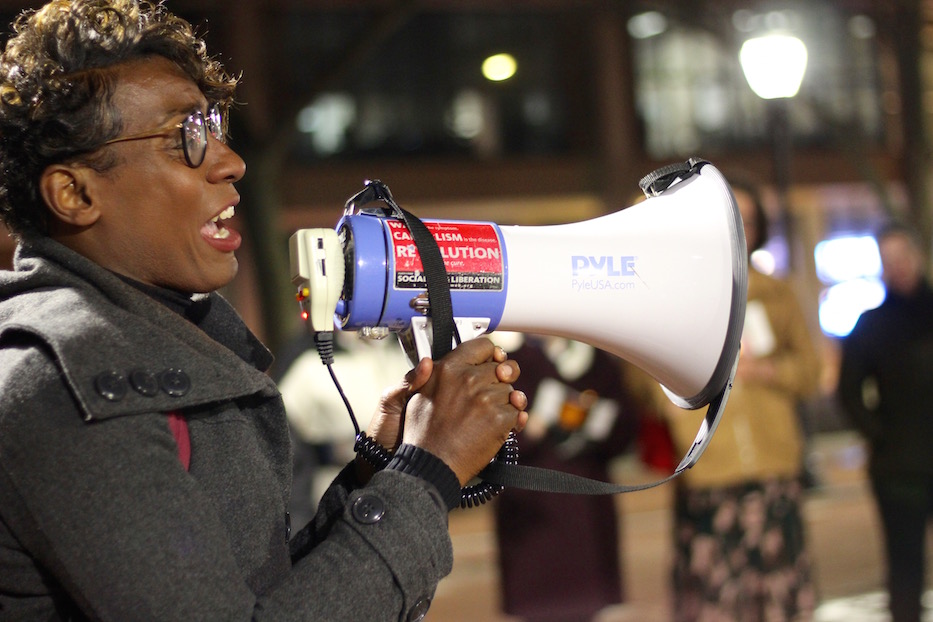 Mourn those who have been taken from this world prematurely. Fight so that their names will never be forgotten. But also celebrate the vibrant lives, the held hands, the breathing lungs and beating hearts that are still here. And don’t forget—ever—that they’re still here.

That became a bittersweet rallying cry Wednesday night, as close to 100 LGBTQ+ activists, advocates, allies and organizers gathered on the New Haven Green for a now-annual Transgender Day of Remembrance. Braving plummeting temperatures, speakers honored 22 of the trans lives that have been taken this year, while also encouraging attendees to mine their own networks for support, celebrate the vibrantly lived lives among them, and settle in for a long fight ahead.

The rally, vigil and speakout was organized by the New Haven Pride Center, Party For Socialism and Liberation - CT, and the Connecticut chapter of the ANSWER (Act Now To Stop War and End Racism) Coalition. In what has become an annual tradition, it was followed by a clothing swap and pizza social at the Pride Center’s Orange Street offices. 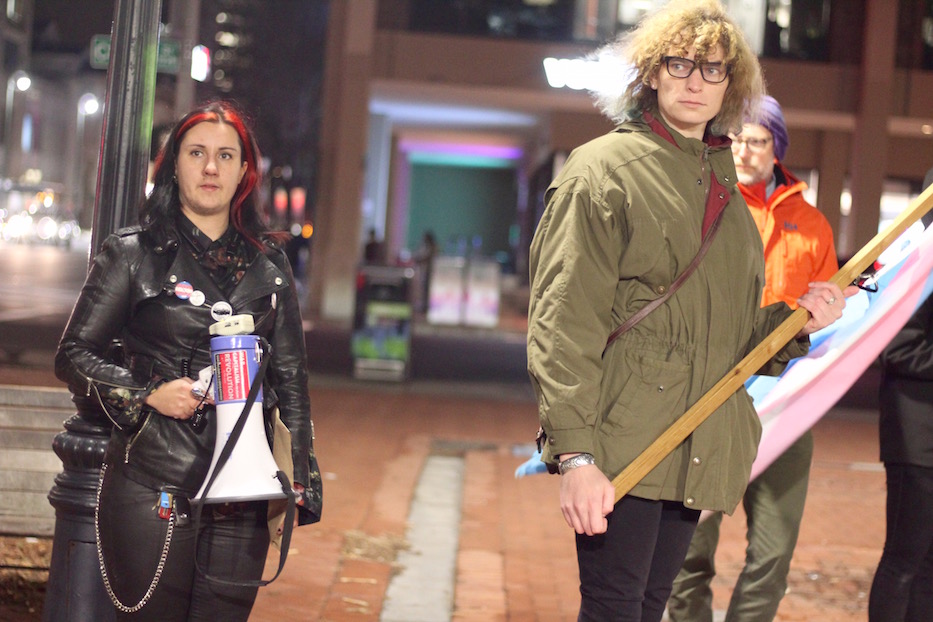 “We hear so often on Trans Day of Remembrance that we don’t want to just be remembered after we’re gone,” said IV Staklo, an organizer of the event who is a hotline program director for Trans Lifeline and vocal member of the Party for Socialism and Liberation. “We want to be remembered while we’re still here. There’s a phrase that we say a lot: give us our roses while we’re still here.” 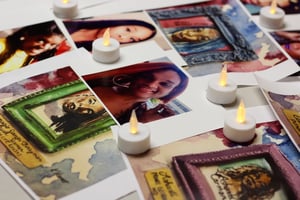 Transgender Day of Remembrance began in 1999 to honor Rita Hester, a Black trans woman who was stabbed to death in her apartment in November 1998. Two decades later—and as the case remains open—the Human Rights Campaign (HRC) has reported that at least 22 trans people have been murdered in the United States this year, with more deaths that may have gone unreported. That number is part of a total 331 killings that have been reported worldwide, 130 of which have taken place in Brazil under far-right President Jair Bolsonaro.

Of trans people murdered in the United States, 91 percent of them were Black women. Eighty-one percent were under the age of 30 and 68 percent lived in the South, according to the report.

The HRC has also listed the deaths of 25-year-old Johana ‘Joa’ Medina and 27-year-old Layleen Polanco, both trans women of color whose deaths are currently under investigation.

An asylum seeker from El Salvador, Medina died in a Texas hospital on June 1, after six weeks in ICE custody during which she was allegedly denied medical treatment. Less than a week later, Polanco died on June 7 after suffering a seizure at Rikers Island, where she had been held for two months. Download the full report here.

“It’s always important to remind ourselves that this is a very, very conservative estimate of what’s actually happening to our community, ” Staklo said Wednesday. 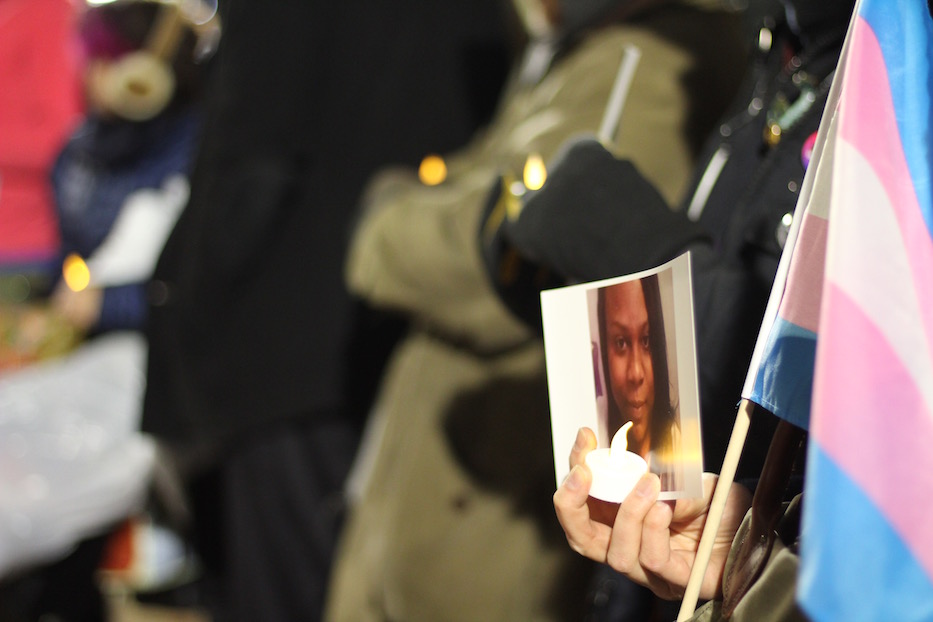 The process began spontaneously at one end of the circle with the name of 29-year-old Itali Marlowe, a Black trans woman who was shot to death in broad daylight in Houston, Tex. earlier this year. At the time of her death in September, she was the 20th trans person killed in 2019 and the fourth trans woman killed this year in Houston.

From around a wide circle, 25 photographs winked back: young, smiling faces, all of them so recently full of life, almost all of them Black women. The names rang out one by one, some attendees shouting over the noise of Chapel Street and others choking back tears.

26-year old Chynal Lindsey, whose body was found floating in a Dallas lake on the first day of Pride Month this year.

30-year-old Briana “BB” Hill, shot to death in Kansas City, Missouri last month. At the time, she was the fourth trans person to be murdered in Kansas City and the 21st reported murder in the U.S. this year.

Bailey Reeves, gone before her 18th birthday. Brooklyn Lindsey, shot on a front porch and discovered by police after it was too late. Claire Legato, an actress who had moved to Cleveland from Los Angeles and was shot dead during an argument in her home. The names went on. 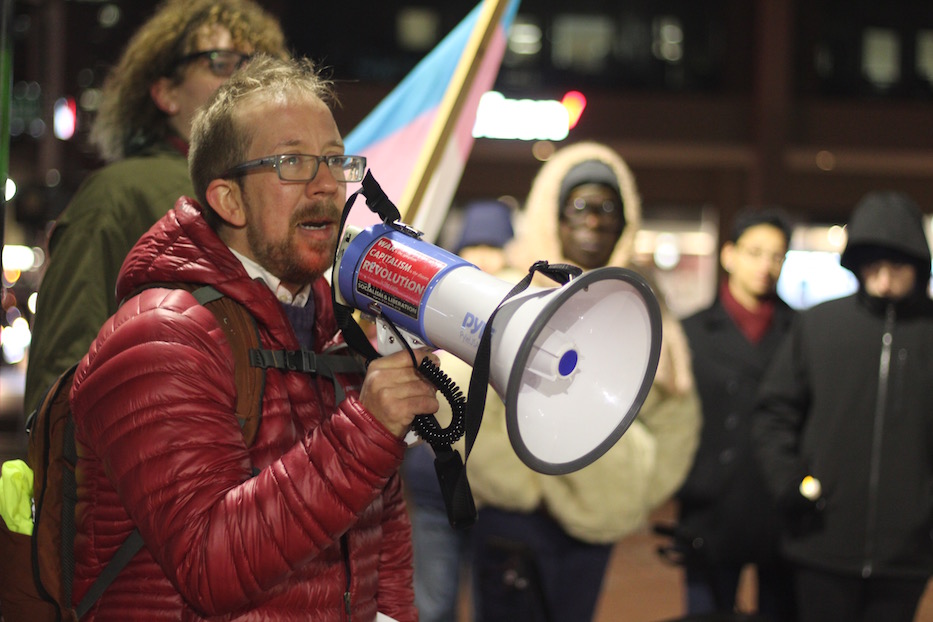 But as the vigil turned over to a speak-out portion of the night, Staklo and others stressed the importance of also advocating for those who are very much alive and working to be in community. Taking the bullhorn, Karleigh Chardonnay Merlot began by recalling the 331 murders reported this year, mourning those that have taken place abroad as well as those that have happened at home.

“Even with all that, I want to send a different message tonight,” she said, walking towards the center of the circle with the bullhorn raised. “That trans is beautiful. Say it! Trans is beautiful!”

“Trans is beautiful when I see so many of you out here working,” she continued. “Not just surviving but thriving. So much of our story is told in tragedy. But let me tell you here tonight that trans people are living, worldwide, beautiful lives.”

"We will not be erased and we will not stand down," added Maia Leonardo, marketing and development coordinator at the Pride Center and a longtime trans advocate. "We are here and we are gonna stay here."

Despite the cold, several attendees joined the chorus, some thanking New Haven for building a supportive trans community and others reaching out with stories of depression, attempted suicide, and the realization that their trans identity is a normal and thriving part of who they are.

Born and raised in New Haven, longtime trans advocate Bubblicious Tia Lynn Waters focused on the future of the movement.

“We have come so, so far, but there’s still so far to go,” she added, noting how few faces of color she saw in the crowd, despite the fact that almost all of the victims named were Black women. “This green should be full. People should be outraged.”

To watch more from Wednesday’s rally, vigil and speak out, click on the video below.

If you or someone you know is looking for trans support, crisis management, or community, Trans Lifeline is accessible 24/7. The Trevor Project offers 24/7 confidential support for LGBTQ+ youth in crisis. Other resources include The Trans Women of Color Collective, The Sylvia Rivera Law Project (SRLP), and The National Center for Transgender Equality.