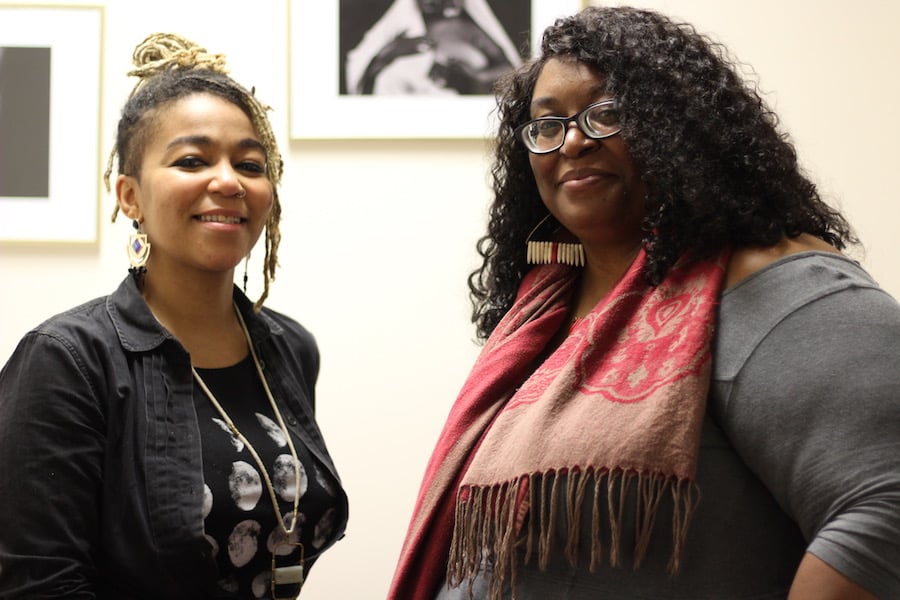 The notes stretch out across the wall, beckoning like new friends. One is yellow, another purple, a third blue, light as a Robin’s egg and creamy enough to have a splash of milk in it. From their surfaces, messages almost speak, caught somewhere in between mantras and directives.

“Bring people together, to learn from and understand each other,” urges one.

“Social justice from the inside out,” reads another. "P.O.C. Centered," says a third.

These are just a few of the tenets of One Village Healing, a new community space and reiki practice at 216 Crown St., where Breathing Room Yoga has set out to establish “an umbrella of wellness” over four floors of its building. Founded by Hanifa Washington and Thema Graves, One Village Healing marks a space led by healers of color, that centers on “those most affected by systemic oppression.”

Tuesday night, the two opened the space with a welcoming ceremony and reception on their fourth-floor digs. It is now open by appointment; more information is available at the space’s website. 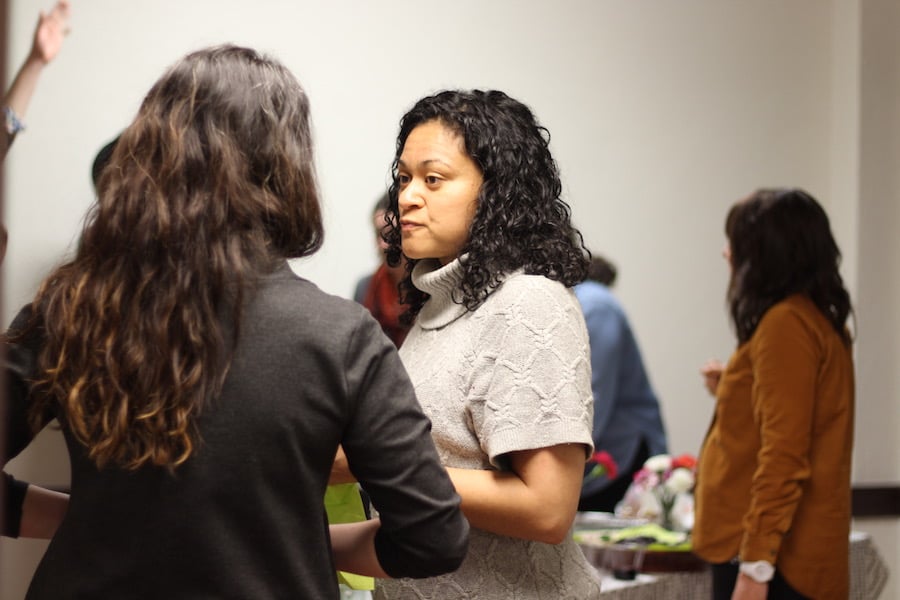 The concept for One Village Healing began last year, as both Washington and Graves started to have conversations about doing healing work in a professional space. Both reiki practitioners and artists, the two had been seeing clients inside their own homes, a practice that began to feel untenable as business picked up, and more people came through what was meant to be a private space.

“There was a conversation about healers wanting to create a collective, outside of our homes,” said Washington Tuesday, a pineapple cupped in her left hand for much of the evening.

Last year, the two began looking for spaces in New Haven, not entirely satisfied with anything they found. Then five months ago, Breathing Room owner Margot Broom reached out to let them know that there was a room on the fourth floor, and she was looking for tenants. They headed right there.

Once they were in the room, Washington said she and Graves thought about the practice’s needs, trying to visualize a room for “small group work” and another for private reiki sessions. Broom, who has a background in architecture, offered to build those segments out of what was then just one large room. It was good timing for them, Washington said: she had just booked several dates at Breathing Room to sing from her Mantras for the Revolution, and this felt like coming full circle. 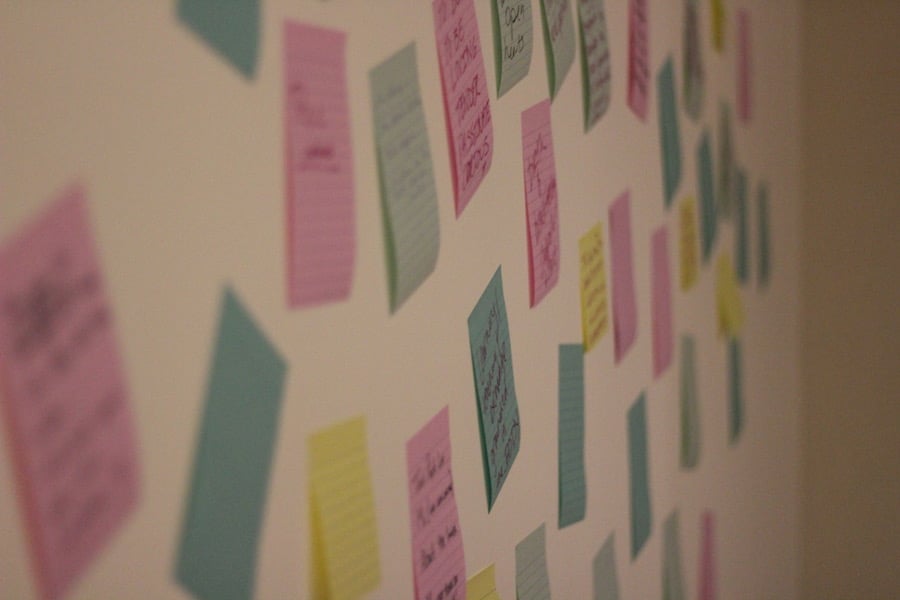 “The vision is a healing space that centers and lifts up those most affected by systemic oppression,” she said, invoking women of color, members of the LGBTQ+ community, women, immigrants and refugees as she spoke. “It’s a place where we can name these systems of oppression.”

For both Washington and Graves, it’s also the first space where they can dedicate their energy entirely to their craft, because they don’t have to dedicate it to justifying their existence. As women of color, both said that have spent years treated as outliers at trainings for reiki, yoga, and the healing arts, made to feel like they don’t belong.

“Being from New Haven, you know that there’s this specific need to heal in this way,” Graves said. “In these modalities, I’m often the only person of color in the room, which means I’m blocking out a lot of stuff. There are people making me feel like I don’t belong. That, in and of itself, can push a lot of people away … I’ve been waiting to have a space where you don’t need to do all of that work.”

“You’ve got it from the jump,” added Washington. She recalled attending a series of yoga classes several years ago where she felt unsupported and unwelcome. Instead of staying, she just left those classes and didn’t return to the studios. 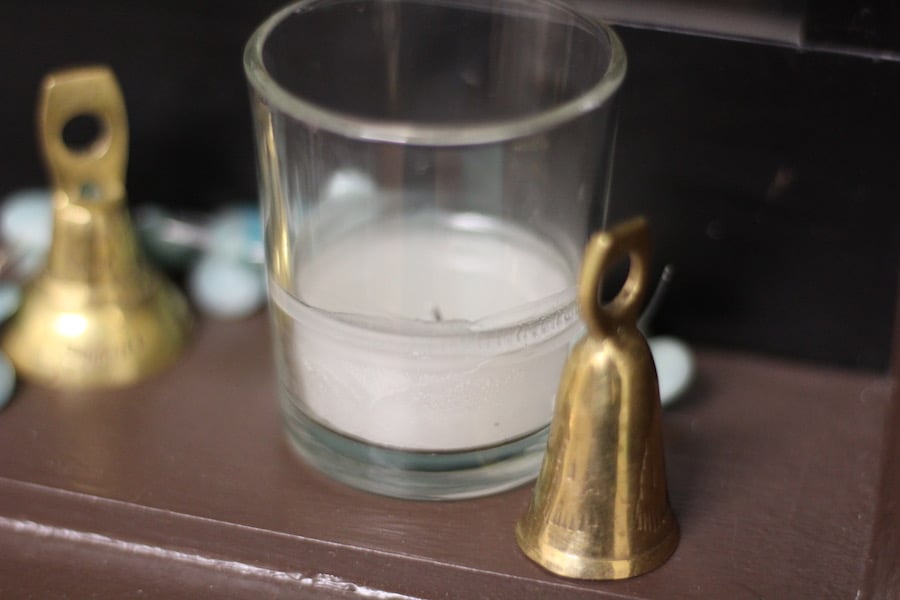 Now, One Village is meant to fill that void. Enter the first room—there’s a hallway separating the space from Breathing Room's meeting and massage rooms on the other side—and a kind of calm falls from the ceiling to the floor. Washington said she envisions facilitating trainings that echo the learning she has had access to in her own work, including Beyond Diversity 101 and elements of the Community Leadership Program. She said she plans to utilize additional meeting rooms, which Breathing Room has made available, if she needs more space.

A smaller reiki room in the back beckons with soft light. Artwork from photographer Rachel Liu blinks out from the walls, with a portrait of Washington wrapped in airy white fabrics, and another of hands cupping a ceramic bowl over a body of water. An array of bells, feathers, stones and bright beads look out from the window sills and table nearby.

At the opening Tuesday, Washington and Graves floated through the space, welcoming over 50 friends and neighbors for a traditional cacao cleansing ceremony, drumming, dancing, and a table packed with food. Throughout the evening, strains of music and laughter floated through the fourth floor, out into the extra massage rooms and onto a landing where the intermittent ding of the elevator became a chiming, chirping bell. Multiple times each minute, people came up to Washington to thank her for opening a space.

“It’s not like I didn’t know before,” Washington said as she watched new faces keep arriving even as the reception wound down. “I did know. But the confirmation from the community has been overwhelming.”