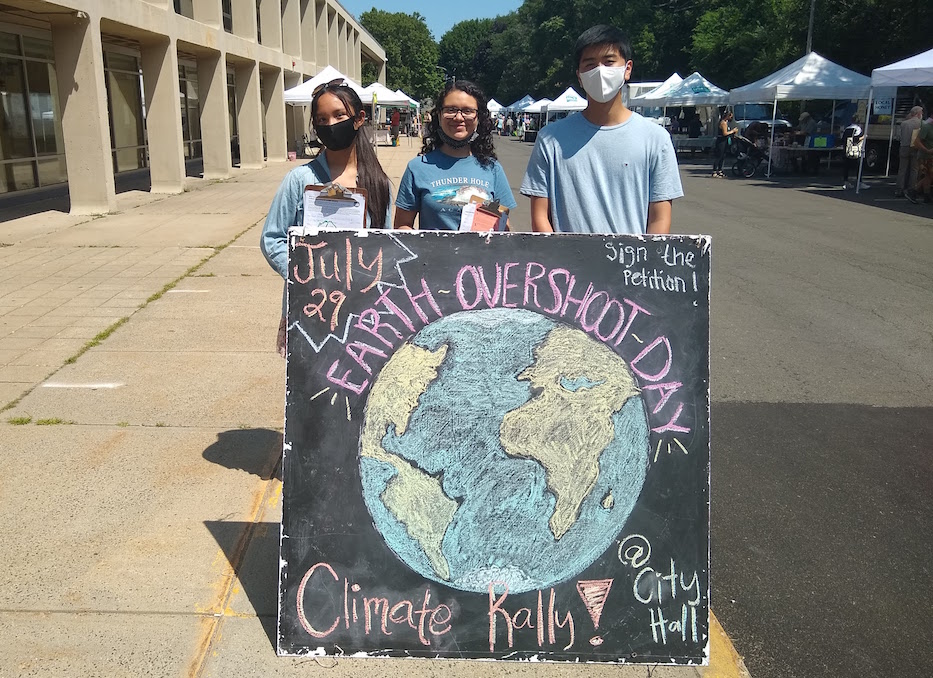 A golden sunflower with the earth as its center burst across a page, surrounded by color in every direction. Around it, there were homes topped with solar panels and scales tipping towards earth's gravitational pull. There was a grassy field covered in wind turbines. At the bottom right, a young girl closed her eyes and smelled flowers. Her shirt repeated the words “entitled to a healthy planet” over and over again like a mantra.

Saturday morning, members of the New Haven Climate Movement's (NHCM) Youth Action Team held an art opening at the Cityseed Wooster Square Farmers Market, meant to spread the word about the organization and showcase recent artwork from the team. In addition, it featured winning entries from a Climate Justice Art Contest held in the spring from the Climate Health Education Project (CHEP). CHEP is a partner project to the NHCM. 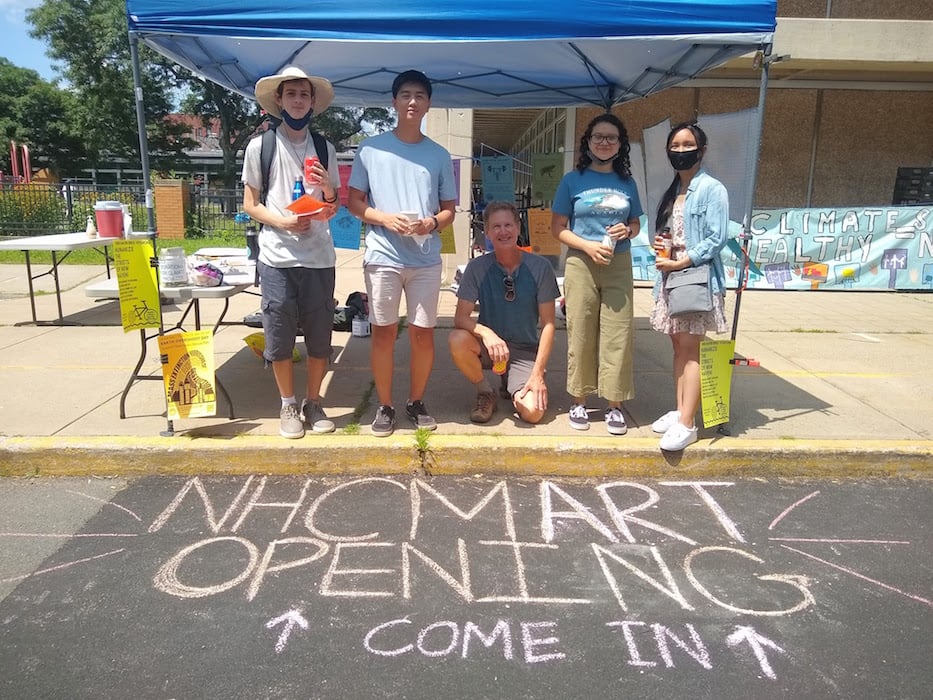 NHCM members standing in front of their tent set-up.

Young climate activists organized the event to spread the word about the group’s New Haven Rescue Plan proposal and to promote their upcoming rally, scheduled for Thursday afternoon in front of New Haven City Hall. July 29 marks Earth Overshoot Day, the annual date by which humanity has consumed all the resources the Earth can naturally reproduce for the year.

“We’re using [today] as an opportunity to really promote our upcoming action to demand that 10 percent of the incoming federal funds go towards climate action,” said Patricia Joseph, an NHCM organizer and rising senior at Engineering and Science University Magnet School. “We’re also doing a lot of petitioning regarding our New Haven Rescue Plan.”

As an artist, Joseph also displayed her poster, which took first place in CHEP's art contest earlier this year. In an interview with the Arts Paper last month, she said she chose a field with sunflowers to remind her viewers that there was beauty and hope in the fight for climate justice. She sees climate action as an intersectional issue, not unlike a root system that digs deep and remediates toxic soil. 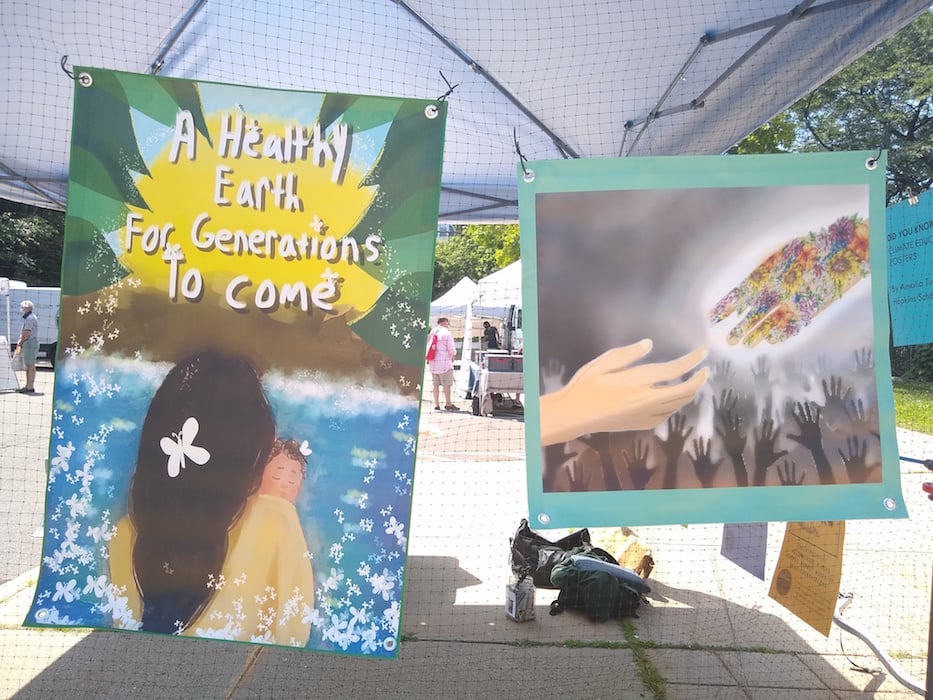 She pointed to a series of posters from Hopkins School student Amalia Tuchmann. On the glossy posters, “Did You Know?” was written in large capital letters followed by simple graphics. Coordinating with each graphic, facts ranged from “Climate change could push food prices 50 to 60 percent higher by 2030” to “If not for the ocean, we would see global temperatures rise by 96 degrees.”

As a CHEP intern this past school year, Flores said she saw the 2021 Climate Justice Art Contest as a way to get high school students to think about how they can convey their personal message on what climate justice means to them.

“I think that it reinforces the urgency of climate change and allows [students] to express themselves creatively in tackling that topic,” she said. 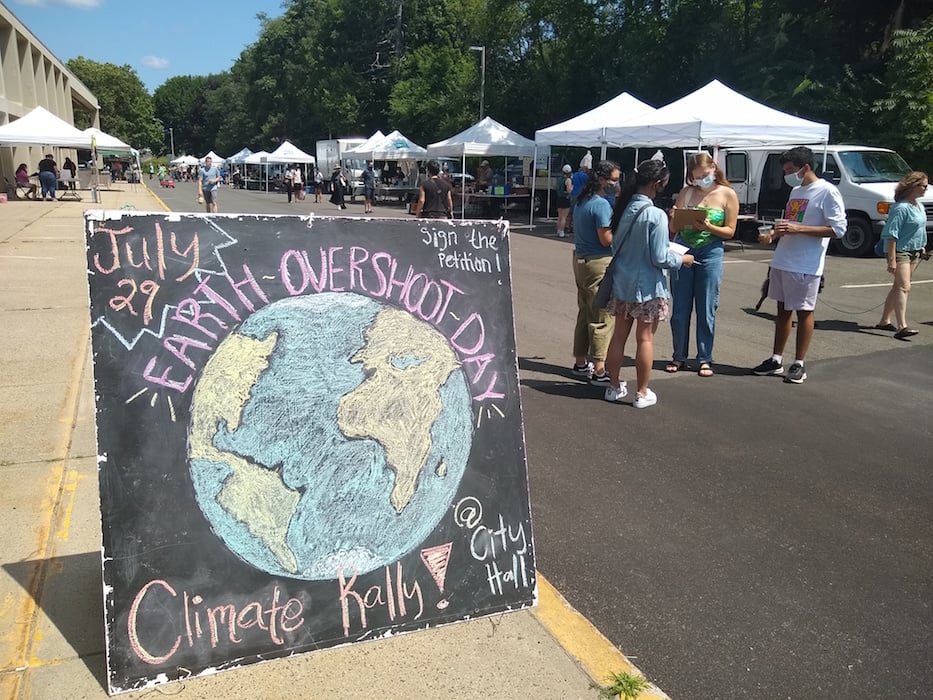 He noted the graphics, art contests, signs, and other public art concerning climate change that NHCM created and curated over the years.  “Art is one of the best ways to show the public visually and creatively how climate change is affecting us because it’s visually very striking.”

It comes during citywide discussions around how to spend federal funding coming to New Haven. This year, the City of New Haven is receiving $90 million from the federal government through the American Rescue Plan, and has invited city residents to provide feedback on how they would like to see the funds allocated.

In response, NHCM launched its New Haven Rescue Plan campaign calling for the City to invest $3 million per year through 2024, for a total of $9 million in greenhouse gas reduction projects. 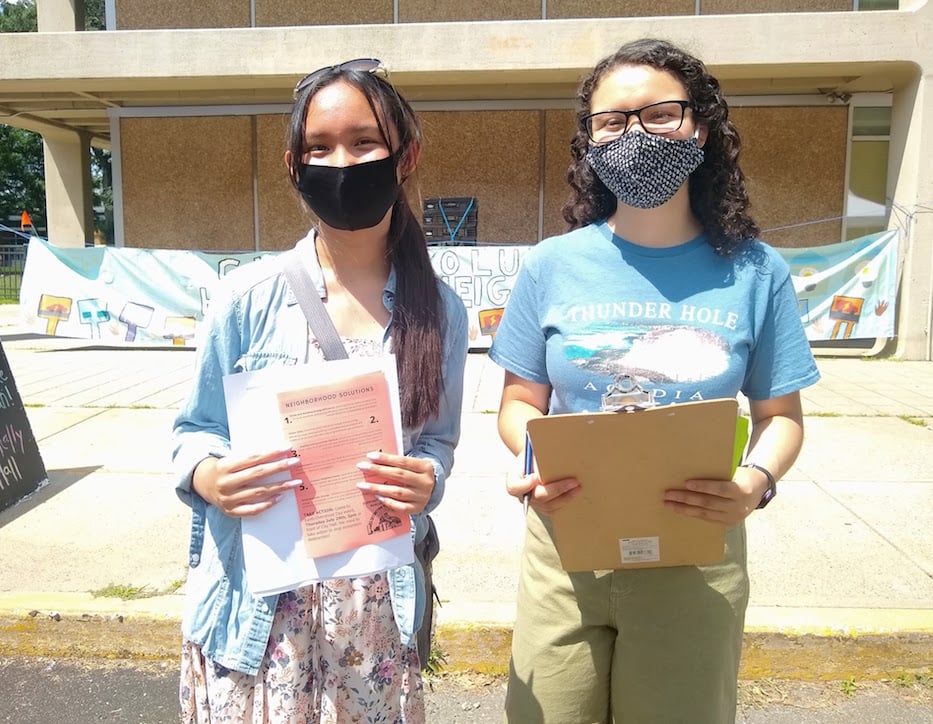 So far, the group has done public outreach in different areas of New Haven for its petition, created graphics to share on their social media, sent a letter to Mayor Justin Elicker, attended public feedback sessions regarding the funds, and planned for their upcoming action which will be centered around the demand of allocating 10 percent of federal funds towards projects that provide positive climate benefits.

Flores recalled one of the organization's first wins, which was passing the Climate Emergency Resolution in summer 2019 that called upon the city to “end community-wide greenhouse gas emissions” by the end of 2030.

“We feel that in these two years, not much has been accomplished towards those goals, so we want to use this - as [Mayor Justin Elicker] said - ‘once in a generation’ opportunity of $90 million to ensure that some of it goes to climate action,” she said.