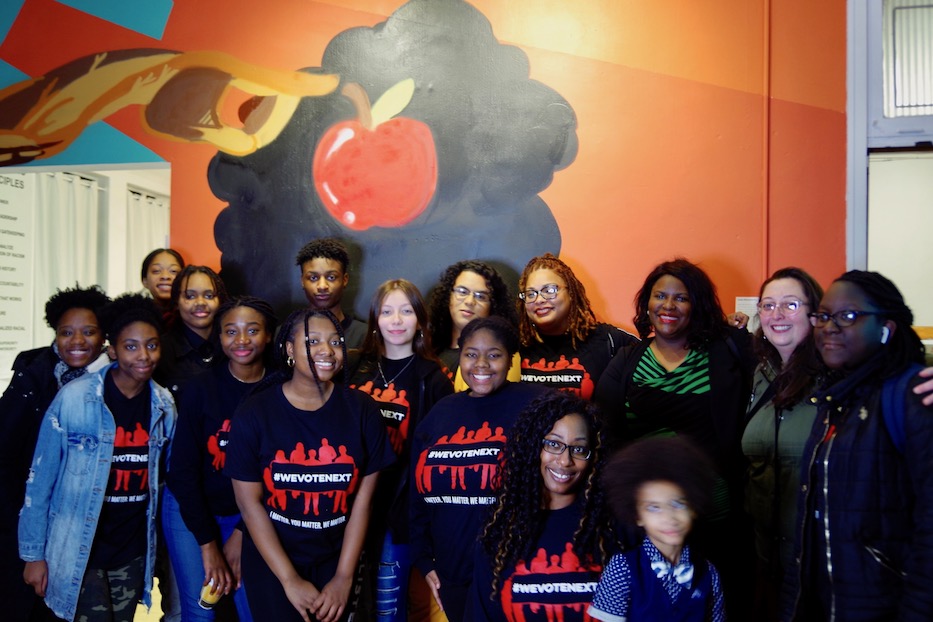 In a second-story space on Chapel Street, magic was unfolding. The aroma of cookies and hot chocolate swirled around a room, thick with sugared butter and cocoa. Tunes from Lizzo and Cardi B pumped from a laptop connected to a speaker. A silhouette of a woman’s head rose on the wall, surrounded by a crown of curls. An apple winked out from her head, a sign of the knowledge she was ready to drop at any time.

This is a snapshot of the Black & Brown Power Center, the new downtown hub for the youth-led organizing nonprofit Citywide Youth Coalition (CWYC). Thursday evening, members opened their doors for free cookies and cocoa as as part of the holiday festivities and annual tree lighting. The evening doubled as a chance to meet the young people who are curating the center, a 980 square foot space that the group moved into in January of this year.

“We call it the Black & Brown Power Center in recognition of the powerful cultural history of African Americans and Puerto Ricans (amongst other LatinX communities) here in New Haven,” wrote Director Addys Castillo in an email after the event. She added that the space dovetails with CWYC’s mission to “build the political consciousness of youth living and/or studying in New Haven, cultivate youth leadership through community organizing, [and] transform relationships between young people and adults.”

CWYC is a nonprofit organization focused on youth-led, peer-led organizing. It was initially founded in 1976, with work that has included a free breakfast program, expanded summer programming, and more comprehensive transportation for students. Its members are currently pushing for voting power for the two NHPS student members on the Board of Education, one of whom of CWYC member and Cooperative Arts & Humanities High School student Lihame Arouna. 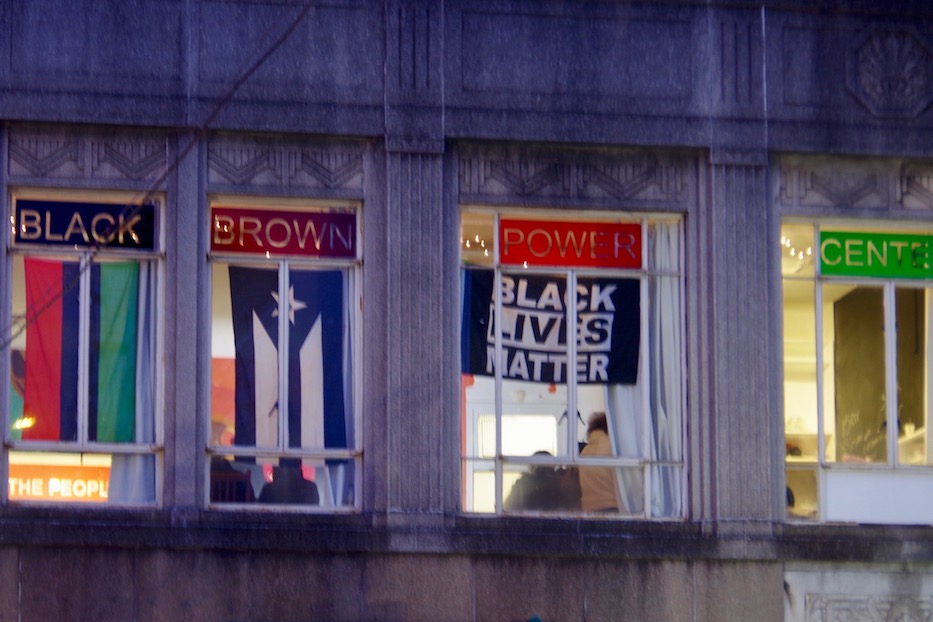 Last year, the group started searching for a new home. Castillo, who first joined the group in 2015, said that it was important to the group to find a space “that was visible (store front), safe (in a neutral neighborhood), and easily accessible via public transportation.”

They found what they were looking for in downtown New Haven, in the same building that radio host Joe Ugly has his morning drive-time show. Since opening the Black & Brown Power Center, CWYC has hosted “Undoing Racism” trainings with the People’s Institute for Survival and Beyond and part of this year’s annual Black & Brown Queer Camp.

Thursday, plans for organizing were accompanied by sweet treats, candy, crafts, and card games. Tables of swag beckoned with one of CWYC’s frequent refrains: “We Vote Next.”

At one side of the room, member Jamila Washington praised the organization for giving youth the power to organize collectively.

“The organization helps to make sure that the youth [have] a voice and that they are being heard,” she said.

“It is an open space where you can learn a lot, create bonds, and a space where it feels like family,” chimed in Mellody Massquoi, using the time to connect with Youth Leader Liza Mishel.

This year, CWYC has been developing a three-tiered youth leadership development community organizing model. According to Castillo, the group strives to support and develop youth community organizers so that they are empowered and emboldened.

Kerry Ellington, a new board member of the organization and powerhouse organizer in the city, praised the organization for giving youth an opportunity to grow as leaders and organizers. She said she is especially excited for the space, noting that youth were engaged everywhere she looked.