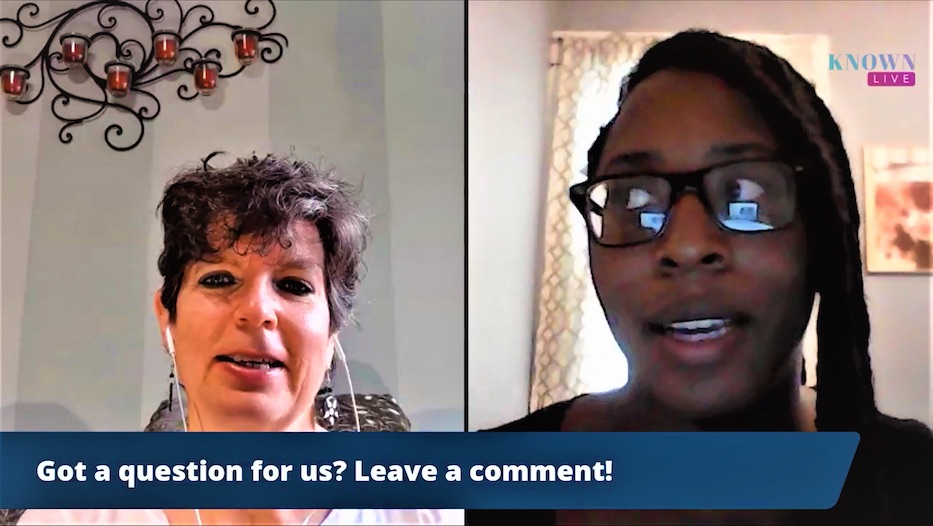 What does it mean to be a successful artist? What defines a prosperous entrepreneur? How do both benchmarks intersect?

Thursday morning, KNOWN Community Manager Barb Nangle and artist Amira Brown discussed entrepreneurship and the arts on the tenth installment of KNOWN Live. The broadcast is the latest from KNOWN Coworking: New Haven (KNOWN), a collaborative space based in the city’s Ninth Square Historic District.

The group pivoted towards virtual programming amid the COVID-19 health crisis— Pivot Talk, KNOWN Live, and Digital Media Sync each cover a different facet of entrepreneurship and networking. Brown appeared on Known Live, a platform for creatives in entrepreneurial spaces to showcase their work and offer insider advice.

“The way that this has been working is really entirely word of mouth,” Nangle said. “We started with people that we know, and we ask guests to recommend someone else for the show. It’s a really cool thing to see where it’s taken us. It’s cool how the coworking world works.”

Brown is KNOWN Live’s newest artist, and one with entrepreneurial roots. Her parents started their own businesses—her mother was a daycare provider, and her father, an electrical contractor. Both inspired Brown to carve her own path. With her parents’ support, Brown established herself as a mixed media and multimedia artist within the greater New Haven area. In November of 2019, she collaborated with Create the Vote New Haven to produce city-wide posters that encouraged voter participation. 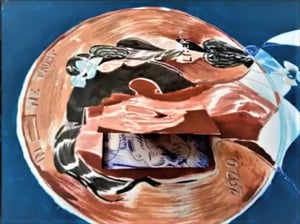 A month later, the Ely Center for Contemporary Art featured Brown’s work in an exhibition dubbed Celebration of Resilience & Resistance: Divine Moment. Brown is most known for founding this June’s Bailout Gallery, a collaboration of over 40 artists to raise money for bail funds in Connecticut, New York, and Minnesota.

In June, Brown explained, Bailout Gallery was a noble pursuit. On Thursday, it proved a point of contention.

“After Bailout Gallery, I felt like a lot of people were like, ‘Oh my gosh, why did you stop? Are you going to do something next? I would love to hear about it!’ And, in turn, I expected myself to do something similar,” Brown recalled. “I did come up with a project that was supposed to be an even bigger gallery with a lot of moving parts. I wanted to put it into action, but when I tried, I just froze up.”

Brown’s battle was one of anxiety against creative obligation. Bailout Gallery had succeeded beyond her wildest imaginings. Her next project needed to perform at the same level or beyond it. She owed it to her fellow artists. She owed it to her supporters. She owed it to the community. Pressure mounted, Thoughts swirled, and Brown felt the bitter cold at her fingertips.

It would take some time for Brown to thaw out, to take a breath and step back. She “failed well” dusting off her shoes and actively trying to better herself, she said. She began practicing mindfulness and meditation to tackle her negative thought cycles and internal dialogue. She spent time with her family and friends to feel comfort. She tried—and is still trying—to find what brings her the most joy out of creating.

Brown’s experience is not only her own, she suggested. Many artists conflate success with artistic productivity, and the practice is toxic. Brown explained that artists are entrepreneurs at their core, carving career paths distinct from others and marketing themselves to galleries and exhibitions. Much of the art community holds stigma against those with outside jobs that finance their art.

Are they not “true creatives?” Do artists not face financial constraints? Art is subjective—does a piece’s lucrativeness denote its quality? Brown pondered the queries.

“I’ve always worked a job, from retail clerking to the deli clerking I did last year. I’ve never not had a regular day job,” Brown said. “I did all-the-time creativity for ten months last year. Not having a net or not being in a place where you can comfortably make your income is a very stressful time.”

“I went back to work, and I have no shame in that! ‘If you’re not creating 100 percent of the time, you’re not really a creative!’ I have to say that’s not true! It’s an ideal that’s set by the market and its capitalistic standards. When you feel all that pressure and that stress, it’s harder to create.”

Nangle noted that an eclectic approach doesn’t equate to aimlessness, against popular belief. She suggested that Brown is a jack-of-all-trades within her career and artistic expression. She approaches a breadth of mediums in both traditional and digital art regularly.

Her works offer swathes of poignant commentary on social themes. During Thursday’s talk, Brown shared images of her mixed media pieces CTRL and Penny 2020 (pictured above), addressing gossip’s toxicity and the historical nullification of Black voices, respectively. She brings her ideas to the forefront of her pursuits, applying for grants to spread her message, instructing youth, and leading workshops with Nasty Women Connecticut. Brown doesn’t have her finger in one pie—she has her “hand in all of them.”

The next installment of KNOWN Live will premiere on Aug 28. Find out more information here.