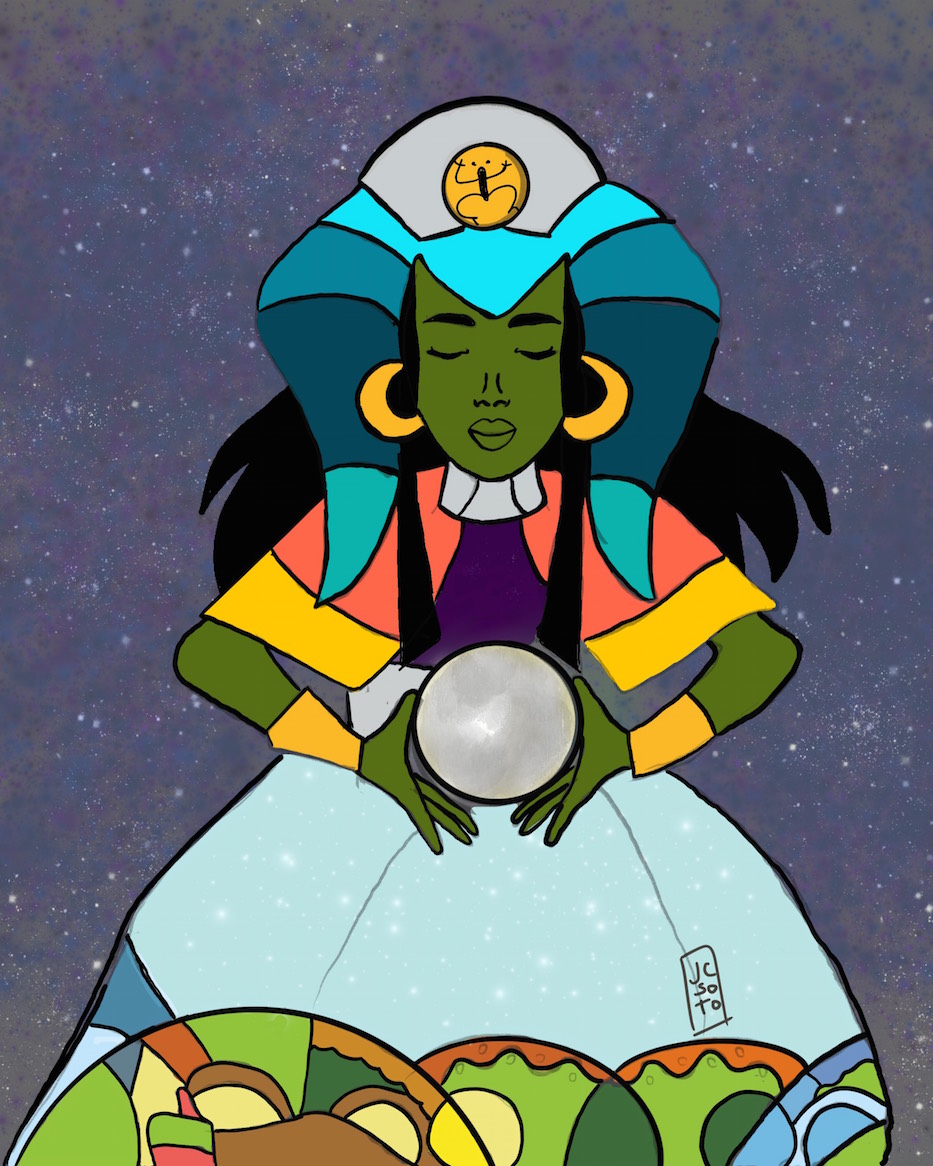 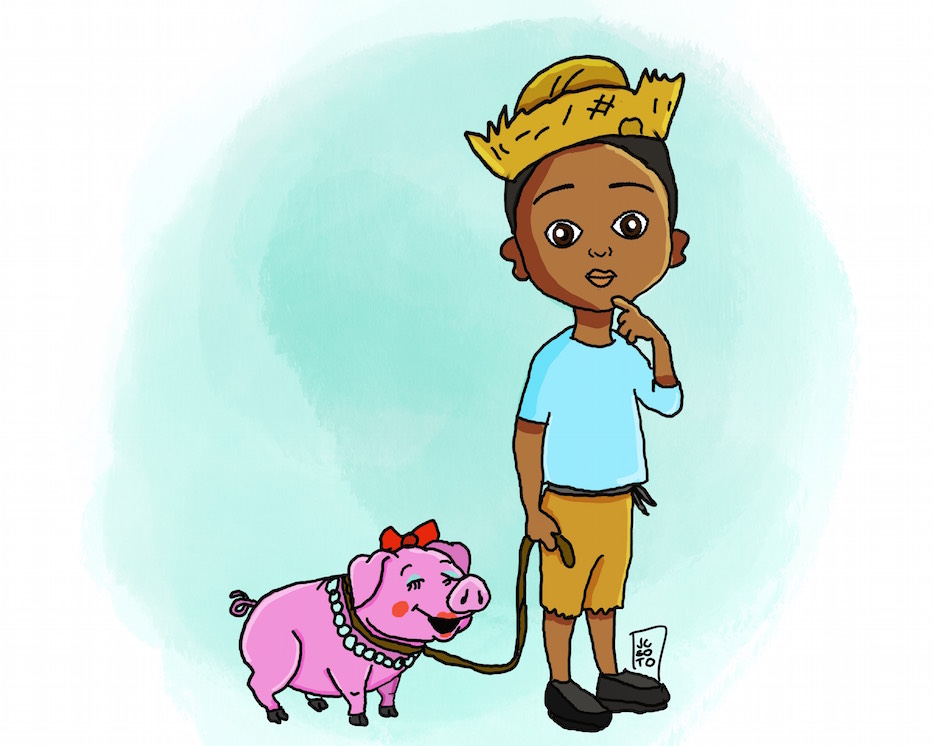 Juancarlos Soto’s newest artwork starts in two places, suspended somewhere between New Haven and Puerto Rico. In New Haven, he is looking at a blank canvas, ready to put brush to page, stylus to iPad. In Puerto Rico, he’s three again, sitting on the floor of his grandparents’ living room as he reads about folk hero Juan Bobo for the first time.

Soto is the New Haven artist behind Etsy’s Artivism shop, a portmanteau of art and activism that he opened earlier this year. In his latest body of work, the 35-year-old has built a bridge from his past to his present, mixing childhood memories of Puerto Rico with his advocacy for LGBTQ+ rights, reproductive justice, Black Lives Matter, and public health.

“I wanted to go to my roots and also share my perspective of how I saw things, as far as standing up for Black lives, standing up for reproductive rights, wearing a mask,” he said. “I wanted to continue to make art so that even if Joe Biden won, people wouldn’t go back to brunch.”

In some ways, the images have been decades in the making. Soto moved to New Haven from Puerto Rico with his family when he was 15, and used drawing to communicate with his peers and teachers as he was learning English as a second language. By his early 30s, he was drawn to depicting the people behind policies that often became political talking points, from DAPA (Deferred Action for Parents of Americans) to DACA (Deferred Action for Childhood Arrivals) to the Me Too Movement.

At the time, he was working in community outreach, public health and immigrant justice (he's now doing advocacy work as director of case management and support services  at the New Haven Pride Center). And yet, he felt severed from his own history of Indigeneity and migration. Last September, Soto returned to Puerto Rico for the first time in years, to visit his grandparents. As a kid, he’d sit on the floor of their home and read stories about Juan Bobo, a country simpleton turned folk hero in Soto’s eyes. 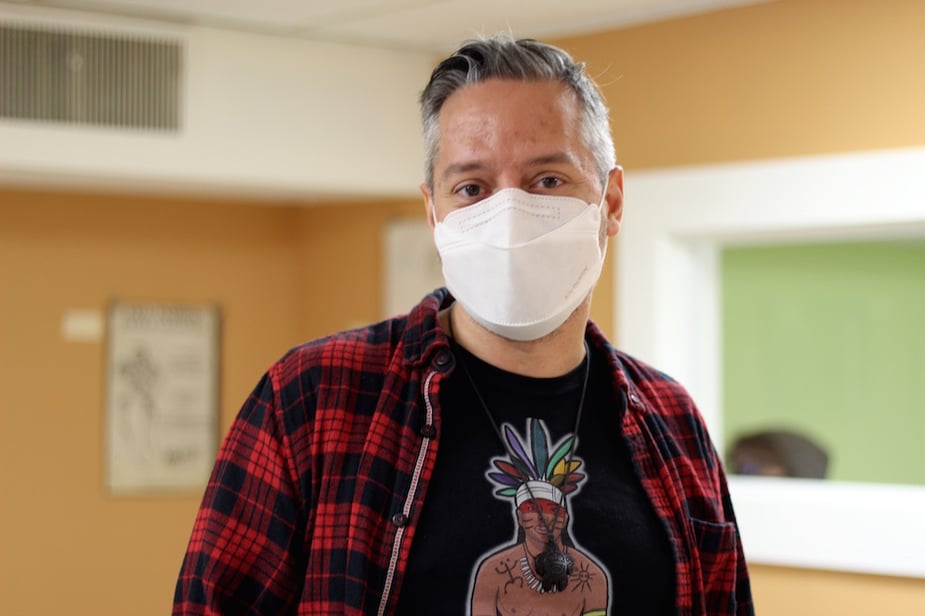 During his childhood, Soto understood him as the jíbaro, a self-sustaining farmer who lacked street smarts and refined taste. Juan Bobo was at once beloved and hapless, someone at whom you could poke gentle fun.

When he revisited the stories in his 30s, he saw the jíbaro as integral to Puerto Rican society and the fight for independence. He watched as more young Puerto Ricans began moving to the countryside and talking about agricultural sovereignty as part of their liberation. Juan Bobo, he said, wasn’t simple at all. He was part of a folk reclamation.

He started yoking his art and activism with Puerto Rican history. He connected with Taíno groups over Facebook, reimagining how and what that history could look like with fresh eyes.

The work that came out of it is intended to speak to the complexity of a diaspora. One print shows three women gathered between the rallying cry “La Generación/No Se Deja!,” one raising her fists as the others open their mouths and shouted in protest. Another depicts the goddess Atabey in her traditional form, with reds and greens that look as though they are painted on stone, rather than printed on gleaming photo paper.

“It encouraged me to go further to my Indigenous roots, to connect with them and reclaim some of our story,” he said. “Some of these images that we see of our Taíno gods are the same images that we see over and over. And they’re beautiful and they're amazing. But how do we talk about them now, with our nieces and nephews? With the younger generation?” 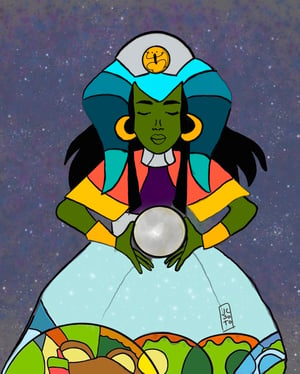 When COVID-19 closures swept the region in March, he thought back to his trip to Puerto Rico last year. Without realizing it at first, he said, he was looking for the comfort and certainty of those memories.

He went back to Juan Bobo, adapting a story in which the titular character dresses up a pig in his mother’s makeup and takes it to mass. In Soto’s image, a boy lifts a small finger to his chin, his eyes huge and glinting. On his head, a straw hat slips to one side, showing off his thick, lustrous black hair. On a leash that hangs slack in his right hand, a pig closes her eyes and opens her mouth, a contented smile.

Her cheeks and lips are smeared with rouge, a bright red that matches the bow on her brow. A string of pearls hangs around her thick neck. She opens her mouth, and a laugh very nearly escapes from the aqua-tinted background. But she and her owner don’t feel like the butt of a cruel joke: they feel like they’re ready for storytime, and so is the viewer.

In another, Soto has reimagined Atabey in a flowing gown, holding an perfect, glowing orb between her long-fingered hands. Her eyes close beneath relaxed brows; huge gold hoops adorn her ears. On her earth-green face, she closes her eyes, still for a moment. Images of land, healthy and vibrant, swirl at the base of her skirt. Her black hair fans out against a curtain of starlight. It feels, for a moment, like everything will be okay because she’s there.

Soto said that the images feel right during COVID-19, when his work is the closest he can get to the island. In the thick of quarantine, he started a 30-day drawing challenge to test out new drawing equipment and experiment with his style. Some days, he said, his goal is just to make his viewers laugh for 15 seconds while they scroll through social media. Others, he's bringing together his past and present histories. In one of his most recent drawings, Stacey Abrams stands alongside Alexandria Ocasio-Cortez, Deb Haaland, and Nina Turner, her gaze fiery and sure.

“The artivism that I want to do for the next few months is to really remind us of the humanity in and comfort in each other,” Soto said. “I come from a people who have survived and made it through at all odds. We still have in our hearts joy and celebration and love, and I wanted to talk to that. And that's how I communicate things in art. I need to be able to conjure up this spirit of celebration, this spirit of resilience.” 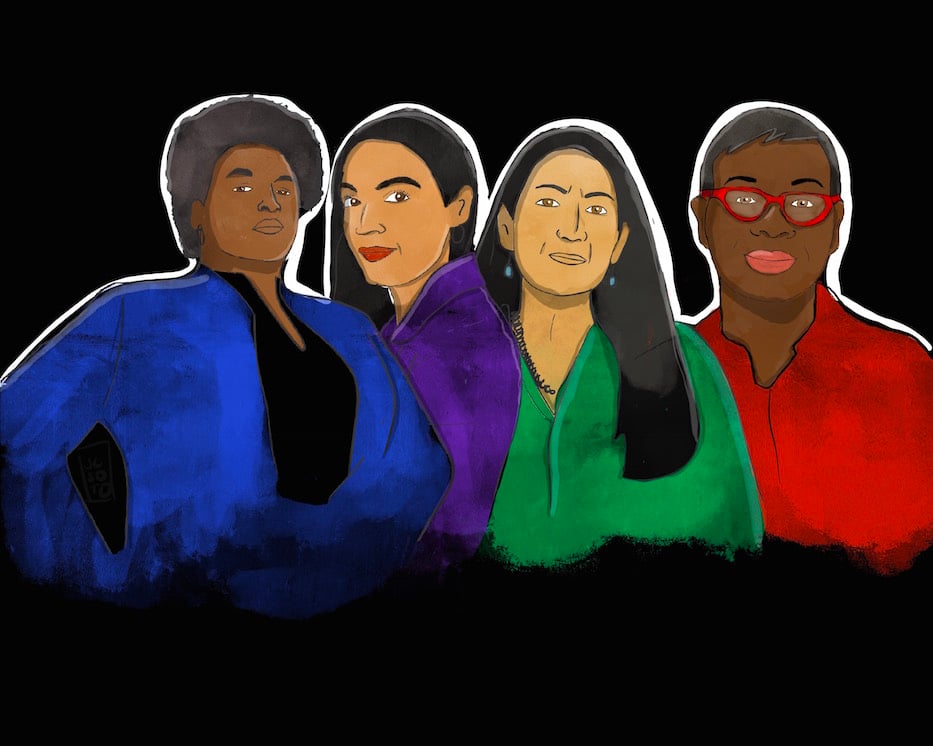 Magaly Cajigas, who works with Soto through Puerto Ricans United, praised the artist for his work. Last year, she bought matching shirts for herself, her husband and her daughter Alanna, a senior at Cooperative Arts & Humanities High School. Every time she looks at them, she’s reminded of the strength and richness of her culture.

This year, COVID-19 scuttled her plans to visit the island for the first time in 15 years. The last time she was there, it was for her grandmother’s funeral. She said that the shirts remind her of her paternal grandfather, who still lives alone in Cayey. She hopes to make it back in 2021, as a graduation present for Alanna. Until then, she knows she has a nearby comfort in Soto.

“Juancarlos’ work represents a lot about our culture,” she said. “It's just really fulfilling to see someone who takes in our culture and puts it on canvas, puts it on paper. It's a good educational tool … tying into our Indigenous past and tying into the island.”