“Arts And Politics Are Adjacent” 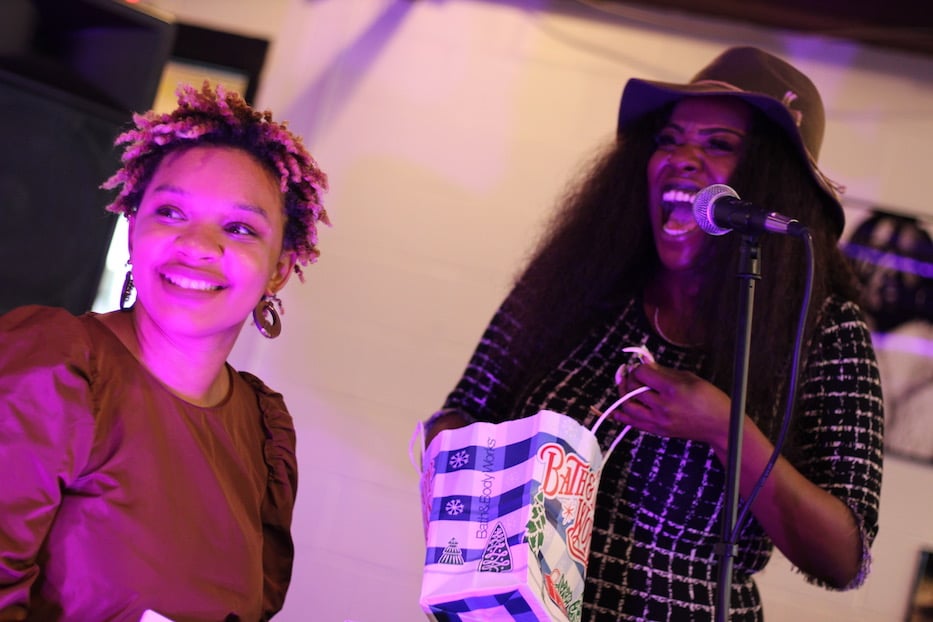 West Haven Councilwoman Treneé McGee looked to the arts as a springboard into politics. Now, she’s looking to them as an agent of structural change in her district.

“I had no idea that I would be in politics,” she said. “It happened so quickly, and it kinda changed the direction for my life, but for the better.”

McGee was elected to be part of the West Haven City Council in late 2019. She represents the city’s seventh district, where she lives with her family. Unlike many of her colleagues, she does not have an explicitly political background but one as a teaching artist, which she has said has taught her to recognize the breadth of human expression—including dissenting political opinion.

“My first couple of months on the West Haven City Council have been great but challenging at the same time because I’m new to this, so I’m learning,” she said. “But there has also been a lot of racial tension.”

“Theater, script, character analysis, and learning people by the way of character prepared me for politics,” she later added. “Arts and politics are adjacent.”

She has brought her approach as an educator to that tension, which erupted in West Haven after the state-sanctioned murder of George Floyd in Minneapolis in May. In early June, McGee co-organized, spoke at, and marched in a Black Lives Matter rally that traveled from the West Haven Green to the West Haven Police Department headquarters on Saw Mill Rd.

Once there, she both spoke out against police brutality in her own city, and supported many of the young people who had come out to the protest. Almost exactly one month later—on her July 5 birthday—she was back at the same headquarters, defending youth and protesters that were arrested by police during a rally. At the same rally, two cars allegedly drove through the march, putting protesters at risk.

“I am dedicated to my young constituents (as I am all),” she wrote after the fact. “Their passions, listening and learning while also sharing insight with them. We take it upon ourselves to engage in challenging conversation on how we can be better as people. Now it’s time for us to expand that conversation to those who serve and protect."

For her, organizing remains “a big deal to me:” it dovetails with her hope of working with and for young people in the city. In February, McGee and Verge Arts Group Founder Elinor Slomba organized a candlelight vigil for Mubarak Soulemane, the unarmed, Black New Haven teen killed when police fired seven shots into his car earlier this year. She preached “solidarity, unity, strength”—the same words that spring to her mind when she thinks about Black history.

When the COVID-19 pandemic hit West Haven in March, forcing closures of schools, businesses, and legislative buildings, McGee continued to advocate remotely. She said she still considers education and youth her priority, from learning about the city’s curriculum and school funding to fixing basketball courts. She noted the number of “Black and Brown kids that play on that court.”

She has also added food drives and grocery efforts to her work, as constituents face rising food insecurity and job loss due to COVID-19. While many gathering spaces remain virtual—including Facebook, where she hears from many of her constituents—McGee She wants to expand the conversations around racism and educate a broader range of people.

On Sunday, she will be participating in another rally on the West Haven Green, specifically dedicated to using the arts to speak out against police brutality and for the Black Lives Matter Movement. It is organized by CT Against Brutality.

In that same spirit, she said she is interested in using the arts—and specifically the dramatic arts—as a way to “solve this issue and build community.”

"Bring in the teaching artists," she urged on social media. "We all can use a theatre worship."

Sunday's arts protest is planned for the West Haven Green for 1-5 p.m.