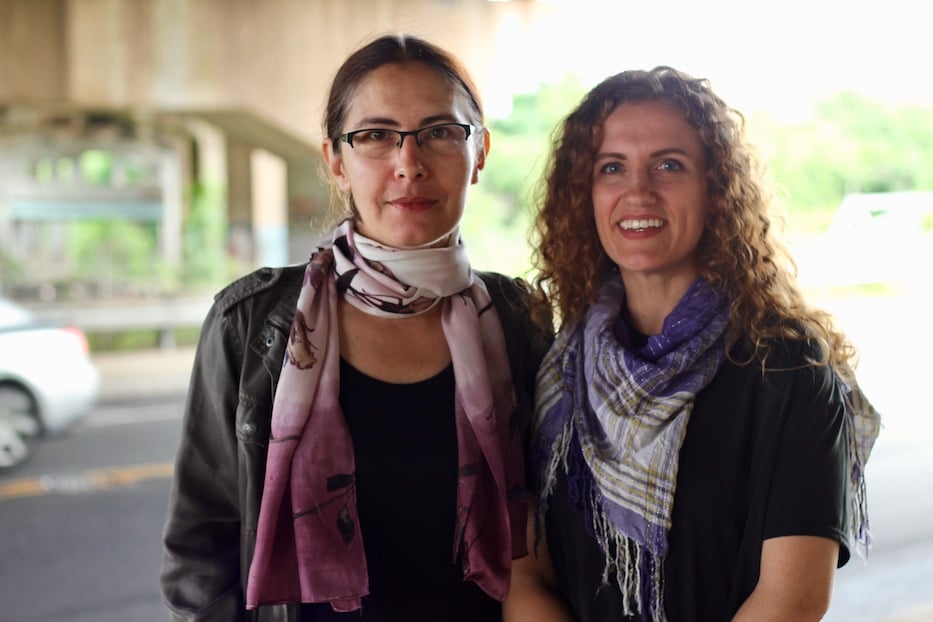 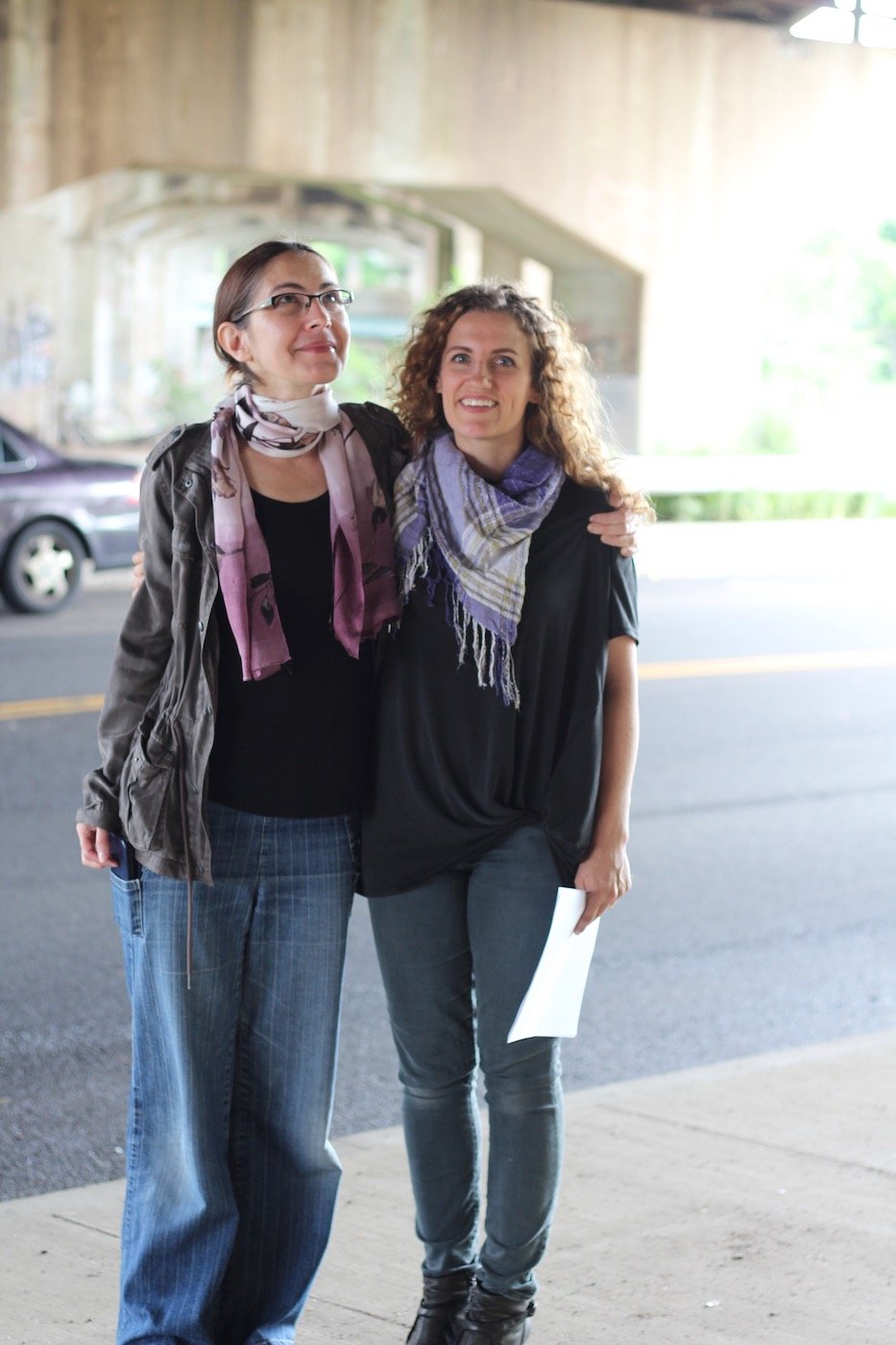 Another State Street overpass is poised for transformation this year, this time with a light art installation that seeks to bridge three neighborhoods. Now, the project’s designers are waiting for approval from the Connecticut Department of Transportation before they can begin work.

“Bridging Lanterns” is the brainchild of architects Marissa Dionne Mead and Ioana Barac, who run Atelier Cue out of Erector Square. In its current form, the project will use a series of cantilevered, hanging lanterns to light the overpass at State Street and the Mill River, where I-91 cuts off East Rock from Fair Haven and Cedar Hill. It has received $20,000 from the Could Be Fund, which Mead and Barac are in the course of matching.

A mural from graffiti artist ARCY, supported in part by DISTRICT New Haven Chief Executive Officer David Salinas, was also in the works for the site but is no longer planned. In a phone call last week, Salinas cited creative differences with the Could Be Fund over the proposed design, depicting wildlife found around the Mill River. Elm City Innovation Collaborative (ECIC) Director Michael Harris, who oversees the Could Be Fund, confirmed that the mural design was not what the fund had in mind. 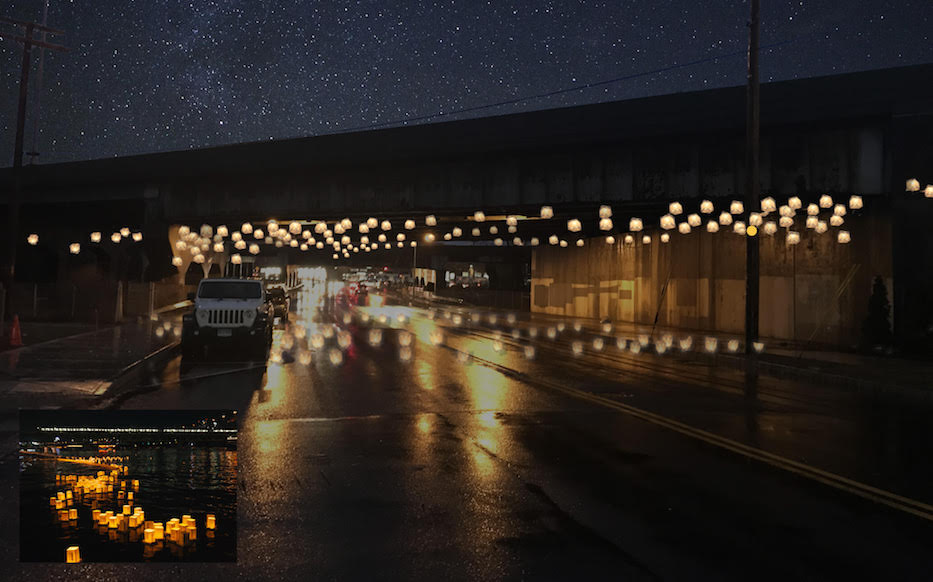 “The overpasses, in my mind, feel like barriers right now,” Mead said in a recent interview at the overpass, her eyes fixed on the area where the lights will hang. “Almost like a bookend to the [State Street] corridor. Mentally, when you’re out for a walk, you see them and you think, ‘should I turn around?’ It’s cutting through a neighborhood.”

The idea for the project sprang from Barac and Mead’s own experiences in New Haven, which stretch back to 2000 and 2005 respectively. After moving to New Haven for her studies at the Yale School of Architecture, Barac saw a city that was chopped up by its highways and overpasses, separating neighbors with the legacy of urban renewal. She said she sees the same pattern in Meriden, where she currently lives.

“It makes them devoid of any pedestrian scale,” she said.

When she arrived in 2005 to work for Svigals + Partners, Mead observed the same thing. At the time, she was living in East Rock and working downtown, and would see the overpasses each day on her walk to work. Both she and Barac suggested that the structures aren’t inviting to pedestrians in their current condition—dimly lit with high-sodium yellow lights, dusty or strewn with garbage, and not uniformly painted. 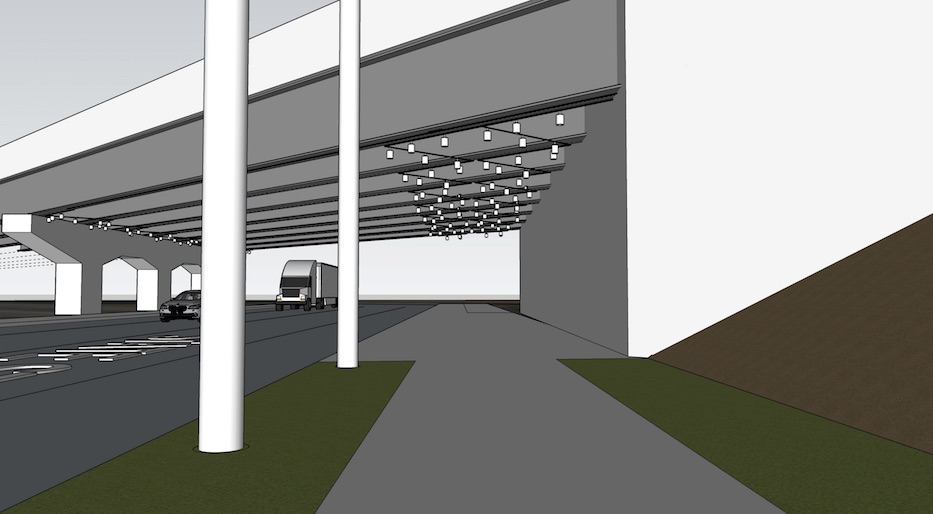 Mead said the two chose the overpass because of its ability to connect both neighborhoods and city waterways. In addition to straddling the East Rock, Fair Haven and Cedar Hill neighborhoods, the overpass runs over a section of the Mill River. In the past several years, the area has gone through transformations with the  Corsair Apartments, renovations to the Ralph Walker Skating Rink, DISTRICT New Haven, and efforts to make the Mill River District both more walkable and environmentally friendly.

In an initial design, cars drive beneath a well-lit overpass, itself nestled under a bright spray of stars. Then lighting designs moved to the sides of the overpass. As of August, Mead and Barac had submitted conceptual designs to the Could Be Fund, which Harris said he will be using in a meeting with the state Department of Transportation later this month.

He added that there has been a delay in part because DOT Special Services Manager Paul Holmes retired earlier this year, and all of his projects were redistributed within the department. 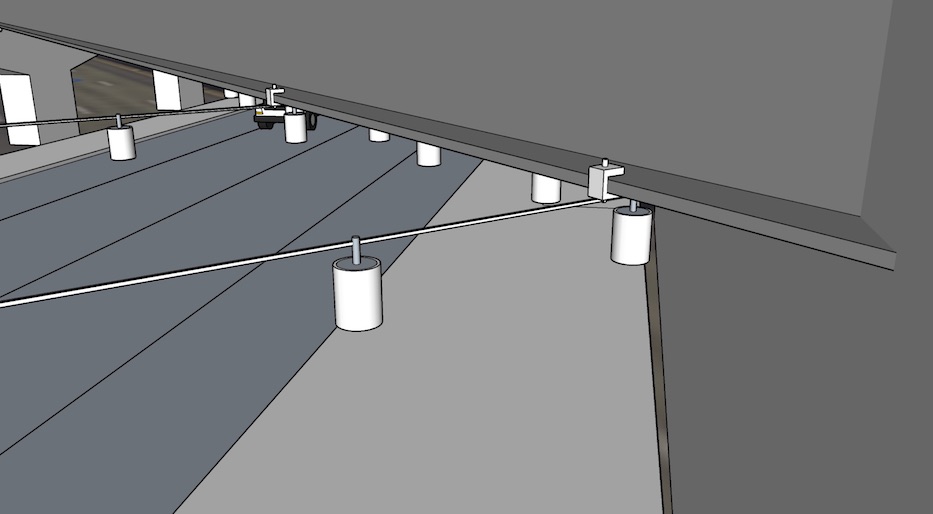 "These are complex improvements to public space," he said. "We really encouraged people to think creatively and they did."

If the project is granted state approval, Mead and Barac plan to raise the matching funds through a mix of private donors and businesses adjacent to the overpass. Mead added that the two are in the process of collecting “wishes” from the community that will accompany the lanterns and may become part of a community-wide celebration or lantern release at the site when the project has been approved. So far, her favorites have included a wish for a more walkable community.

“It’s making it feel like a place that you can walk to and through,” she said.

The project is one of three overpass installations and art projects that the Could Be Fund has on tap between this year and next. Because permits from the Department of Transportation have taken longer than originally planned, the fund has chosen to delay a Trumbull Street overpass mural project, as well as a lighting project planned for Humphrey Street. Harris said that both of those still have Could Be Fund support.