"Could Be" Fund Turns To Artists As Neighborhood Connectors

Can public art connect three segregated neighborhoods? A new locally administered $152,000 fund is willing to spend some money to find out.

The fund, which distributes grants in two sizes—under $2,000 or between $2,000 and $25,000— is based around a set of goals and values that include connectivity, inclusivity, civilc empowerment, joy, and place. All projects are matching grants, meaning that the fund will cover 50 percent of the project, and hold the applicant responsible for scoring the other 50 percent.

“The spaces that separate us could be the spaces that unite us,” reads the application. “We welcome proposals that include the creation of public art, infrastructure, and design to make spaces more inviting, fun, and inclusive.”

In a meeting with neighborhood leaders and "Could Be" team members last week, Nearing and Harris stressed the importance of inviting artists and innovators who may not even use those terms to describe themselves. In particular, Nearing said, the “Could Be” team hopes to see applications from grassroots community organizers, young or developing artists, and neighborhood advocates who have a connective vision—even if their project isn’t fully developed. 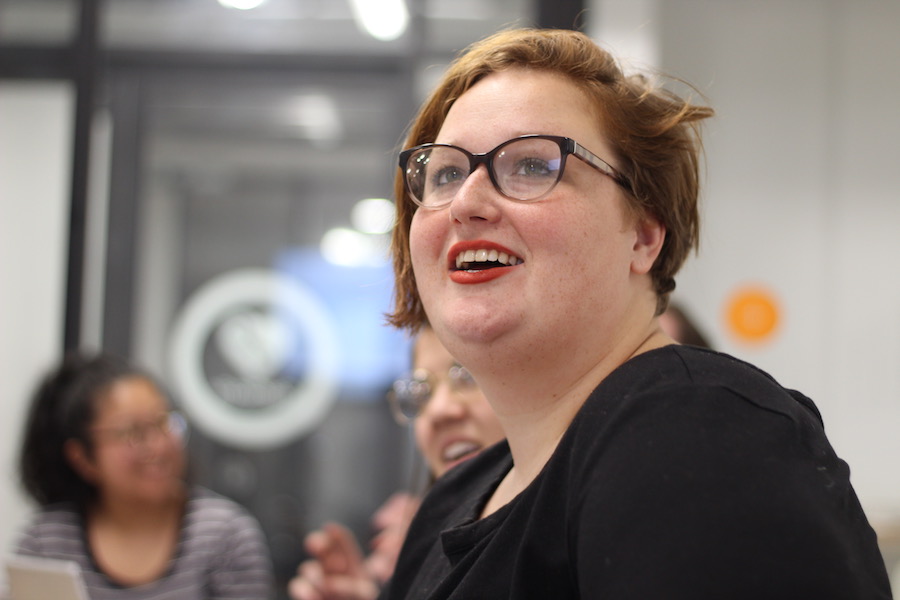 “The most important thing is the idea,” Nearing said. “The idea and the people doing it. And the ‘could be’ is that we’re gonna find a way to figure out those ‘could-bes.’ That is the optimism of this idea, of this fund. And trying to make that clear.”

Those team members have built on the initial “Could Be” application, with suggestions that include a bilingual resource guide in English and Spanish, one-on-one project mentorship, information on matching grant opportunities, and the option to drop a geolocation pin in the application, so applicants can show the location of the proposed project. 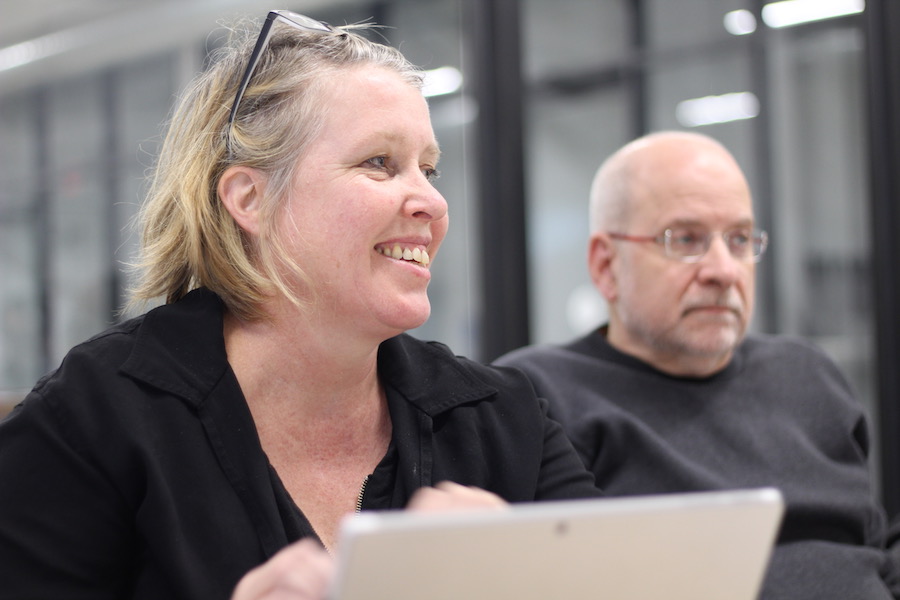 They’ve also pinpointed locations where the “Could Be” chairs can be pitching the application, including churches and public schools, Community Management Team meetings, local businesses, and to artists and small business owners in Erector Square. In an attempt to draw in less experienced candidates, community builders and nontraditional artists, they've also been preparing  for applicants who may need an extra nudge before submitting their proposals.

“In my experience with commissioning artworks in different contexts, that’s something that’s really important to me—to try and support artists who might not know how to fill out applications,” Woods said. “It does take a lot of time and handholding. And so if there’s some kind of mentoring in this … it really does take one-on-one kind of coaching.”

To address that head-on, the group is also figuring out how best to help applicants with an outreach campaign that goes beyond social media, and seeks to create physical, sustained opportunities for mentorship. Using a model that Collab adopted in its nascent stages, team members are open to meeting with potential applicants, who need a little more information or guidance.

“The basic premise of this fund is that art will bring people together,” Harris said.

Applications for the “Could Be” fund are now open. To apply online, click here. To download the form as a document, click here. For questions or more information email couldbefundnhv@gmail.com.