Chamber Orchestra Gets Students In The Mix 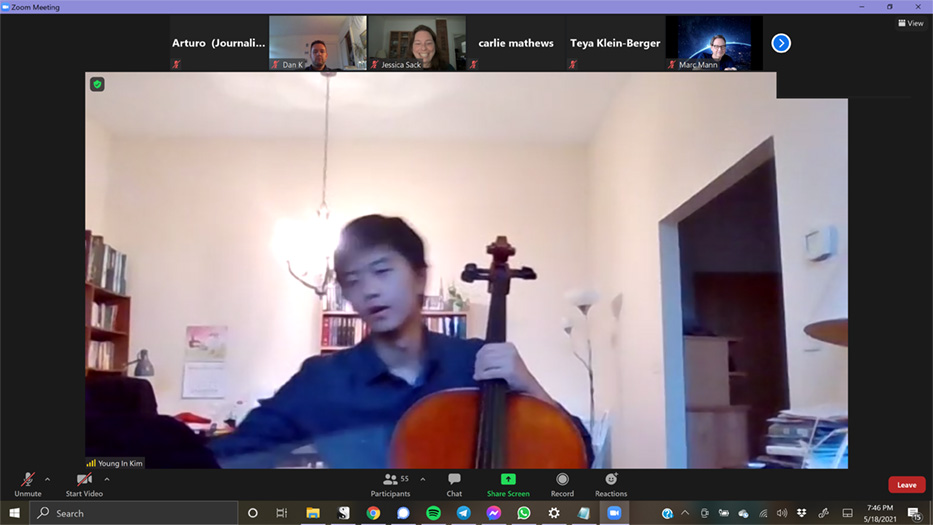 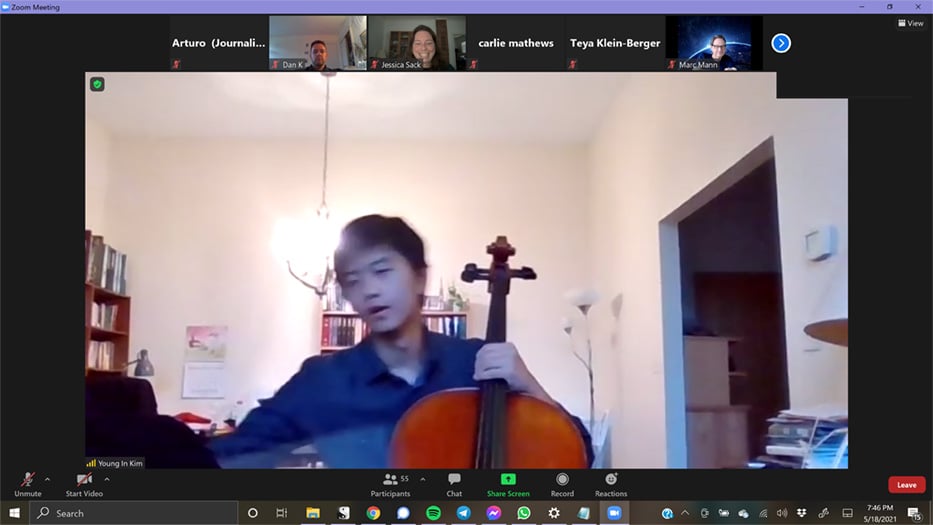 The cello’s notes were long and weighty, filling the air with a sense of nostalgia. The vibrato came in, lifting the mood. In the last movement, the beat slowed. A whisper of a vibrato closed out the piece. Maria Theresia von Paradis’ “Sicilienne” had come to an end. From his home, Wilbur Cross High School sophomore Young In Kim took a bow. 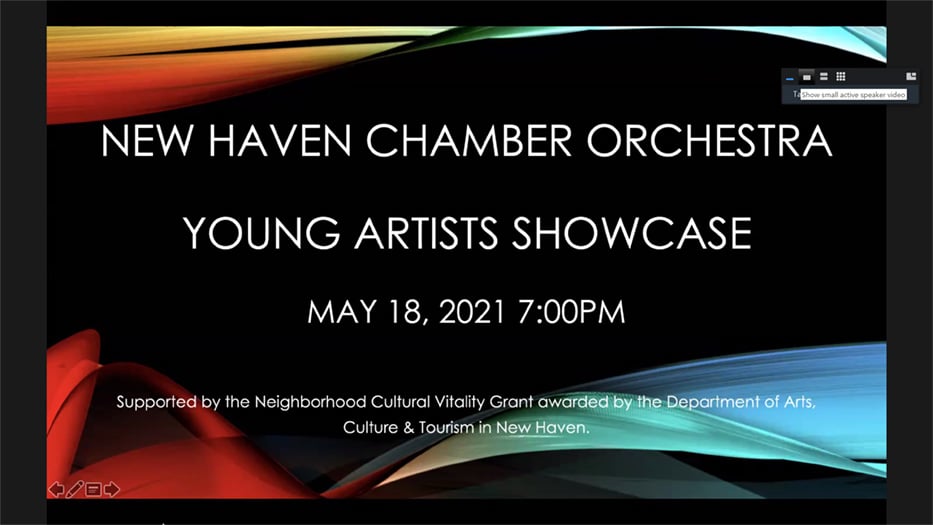 The idea is part of the NHCO’s year of adapting. After Covid-19 cancelled in-person performances, NHCO President Jessica Sack and New Haven music teacher Dan Kinsman got to work on adapting a traditional concert performance for Zoom. They faced an uphill battle: they could not  gather as an orchestra because the air coming out of the instruments had the potential to spread Covid-19. Zoom also wasn't the ideal format for instrumental music, because of glitches and delays.

“It’s been a tough year for music teachers,” said Kinsman. “We wanted to keep doing this to give the students and teachers an opportunity to play and motivate the kids.”

The major change to the program was eliminating the accompanying orchestra and having only solo performances. The orchestra typically consists of 33 professional musicians, community members ranging from high school students and teachers to doctors and working professionals. The group is usually cross-generational, from young people under 18 to violinists in their 80s.

The change in format opened up new possibilities in terms of casting, said Sack. This year marked the first time that singers were added to the program. 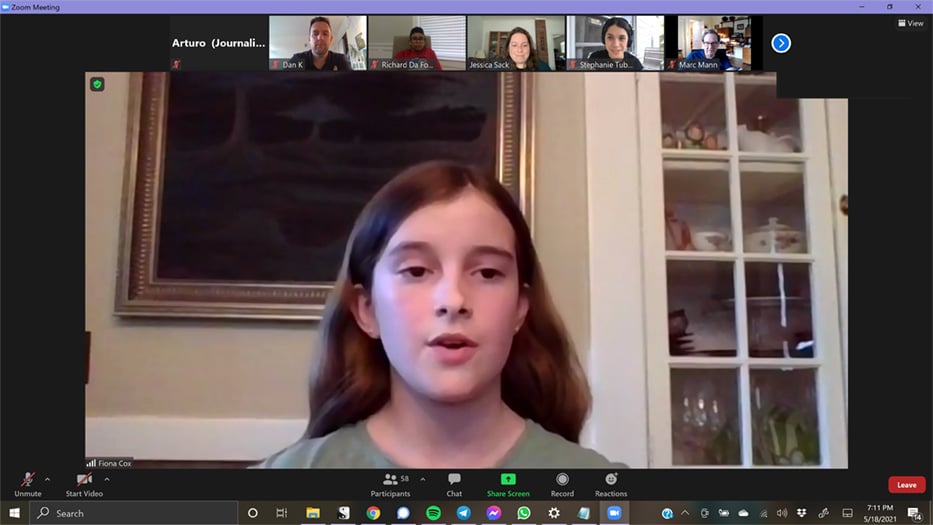 Fiona Cox performs Times Are Hard For Dreamers from the Broadway play Amélie.

With the solos came some nerves, but those feelings quickly disappeared once the students saw one another performing. Fiona Cox, a sixth grader at Nathan Hale School, sang “Times Are Hard For Dreamers.” In the song, the quiet and wide-eyed Amélie’s imagination sees wonder in the most mundane of acts. She sings of being a dreamer and refusing to stop even if everyone arounds her tells her it is too hard.

“Yes, I was a little nervous at first, but I got excited once I saw people I knew and I could make new friends with,” Cox said. “Maybe I can sing more duets with some people.”

Many of the performers spoke about losing their motivation for playing in the early stages of the pandemic, after learning that they would not have many if any performances for the coming year. For three of the soloists, this concert marked their first virtual performance.

Engineering and Science University Magnet School (ESUMS) eighth grader Hannah Klein-Berger said she had to rethink what it meant to practice.

“I think in the beginning, it was difficult,” she said. “I lost a lot of motivation but then as the months passed, I kind of started just playing for myself and just focusing on how I was gonna get better as a player instead of like focusing on how it's going to play for other people.”

Klein-Berger performed the first movement of Concerto In A Major by Mozart. The performance began with a controlled phrasing before transitioning into a lively movement with faster strokes and a wider range of notes.

As part of joining NHCO, students received coaching lessons and mentorship from musicians. Kinsman said he was impressed with the amount of dedication students had despite not being able to perform for a live audience.

“It speaks to their resilience to continue practicing and keeping their level up while they've been home,” he said. 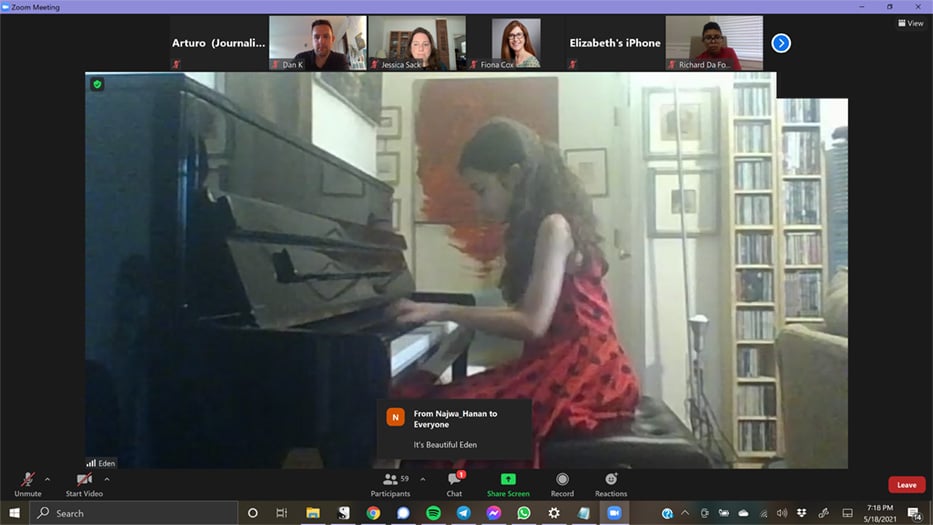 For fourth grader Levy-Roginsky, performances like this one are helping her achieve her dream of playing professionally in an orchestra. As a student at Worthington Hooker School, this performance marked one of her largest virtual performances so far.