Co-Op Students Get A Glimpse Of Life After High School 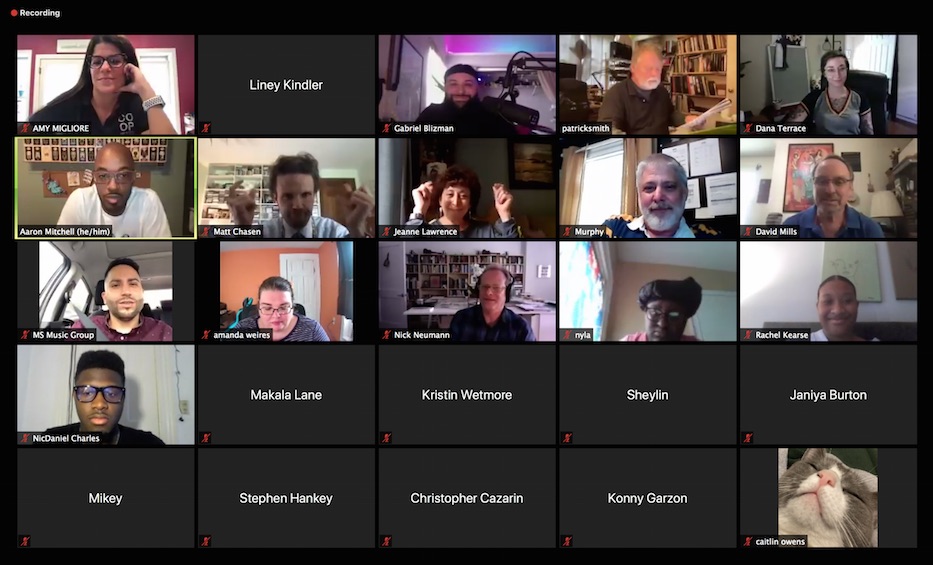 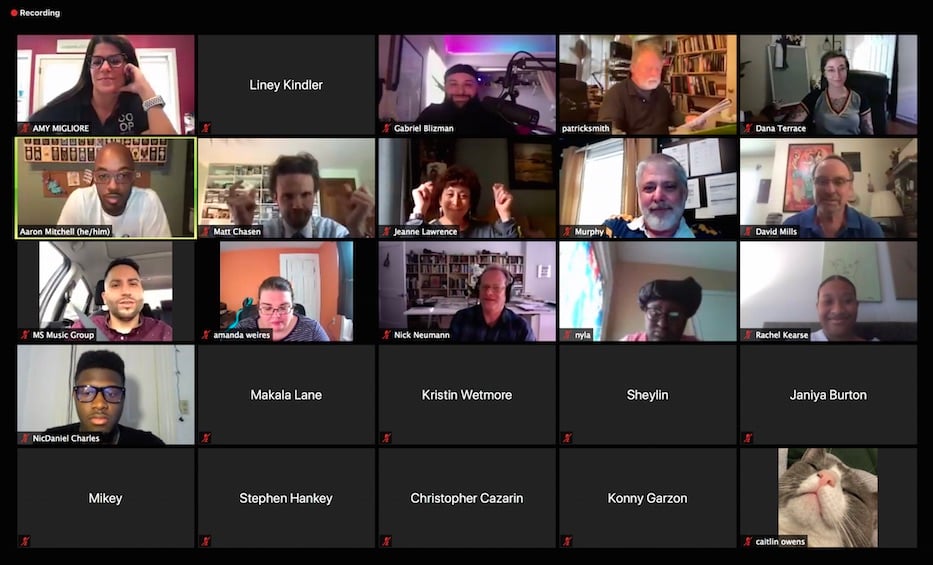 In the 1990s, Marcos Sanchez sat before his school’s piano and listened. He heard teacher Harry Murphy walking down the hallway, whistling to himself. Sanchez felt a familiar urge. Unprompted and improvised, he hammered out the same tune.

Murphy’s eyes widened. “This kid has talent,” he said.

Sanchez—now a Latin Grammy winner who was born and raised in New Haven—brought that anecdote to “Life After Co-Op: Working In The Biz,” a virtual alumni panel for students at Cooperative Arts & Humanities Magnet High School (Co-Op.) Wednesday afternoon, he joined fellow alumni Aaron Mitchell, Dana Terrace, and Gabriel Blizman.

All four alumni remained in the arts after graduating. Sanchez is a professional musician based in Puerto Rico; Mitchell is the head of human resources for Netflix Animation Studio; Terrace is a working animator and producer of the show Owl House; and Blizman is a guitarist and producer.

“[These are] four amazing people who navigated the world after Co-Op with enough love and respect for themselves and others to make their dreams come to life,” said music teacher Patrick Smith. “They have chosen the expression of love over self-doubt. They create their futures without being told what they can and cannot do.”

Finding inner strength, staying focused, and sustaining a love for oneself and others became the central lessons of Wednesday’s panel discussion. When asked how his career developed after Co-Op, Sanchez noted the importance of staying focused and open to learning opportunities.  Current Co-Op students sat in their Zoom windows with attentive eyes as he spoke.

“I learn from everybody,” Sanchez said. “Everybody has something different to teach me.”

Mitchell described his Co-Op education as “the most important thing in my own personal story.” He said that he uses the lessons he learned at Co-Op—that ability to create, innovate, and improvise—to expand his professional world.

“I’ve given myself permission to do whatever I want to do,” he said.

Wednesday’s panel not only overflowed with love for Co-Op; advice bounced around the Zoom screen as panelists discussed their professional journeys. Blizman, or G Bliz as he is known in the industry, described the power of building communal success with others.

"A lot of people try to shoot up,” he said, but the mutual energy exchange of lateral networking is great “because you can grow together.”

“The message here is that you end up in your life with a couple of friends,” Smith said. “You need to ask yourself, who is your real friend? And that is the person you rely on, not the 10 people that say they are your friend on social media.”

Wednesday’s panel ended in a question-and-answer session with current Co-Op students. Senior NicDaniel Charles was the first to speak. From behind his glasses, he asked panelists about navigating “devastating low moments.”

“What helped you get out of that state?” he asked.

Charles’ question inspired a moment of honesty among the panelists. Bluesman described his inability to produce music when he feels depressed. He said he practices pushing through the depression––that stuck place––because his work is waiting for him on the other side.

“It’s about getting back up,” he said.

Terrace added that she is coming out of “one of the lowest points of my life, creatively, personally.” In the past year, she lost a family member, a long-term partner, and her show, which she described as “getting soft-cancelled by the studio.” She described the chain of events as “a devastating hit to my creativity, to my soul.”

Her work saved her, she added. She threw for herself a small pity-party, and then “I got up, and I forced myself to do something.”

Sanchez, who joined the Zoom from inside a car, explained that he was currently in that low place. Moments before, he had attended a friend’s funeral. He is still reeling from the news of their death. When he signed onto Zoom, he chose to move forward.

While fellow panelist and friend Aaron Mitchell told Sanchez that he did not have to attend Wednesday’s panel given his recent loss, Sanchez refused. “No, man. I’ll be there,” he said.

“That’s how I’ve done my whole career,” Sanchez said. “You have to get back on your feet and keep going.”

Co-Op junior Sofia Carrillo asked panelists about the reactions of their family and friends when they began pursuing work in the arts.

“What made you choose what you are doing now?” she added.

“Peace and happiness matter more than anything,” said Gabriel Blizman, with a backwards ivy cap, goatee, and a hanging dynamic microphone. “Wouldn’t you rather make a little less and have peace? I’m going for peace; I’m going for passion.”