He Needs That Record! 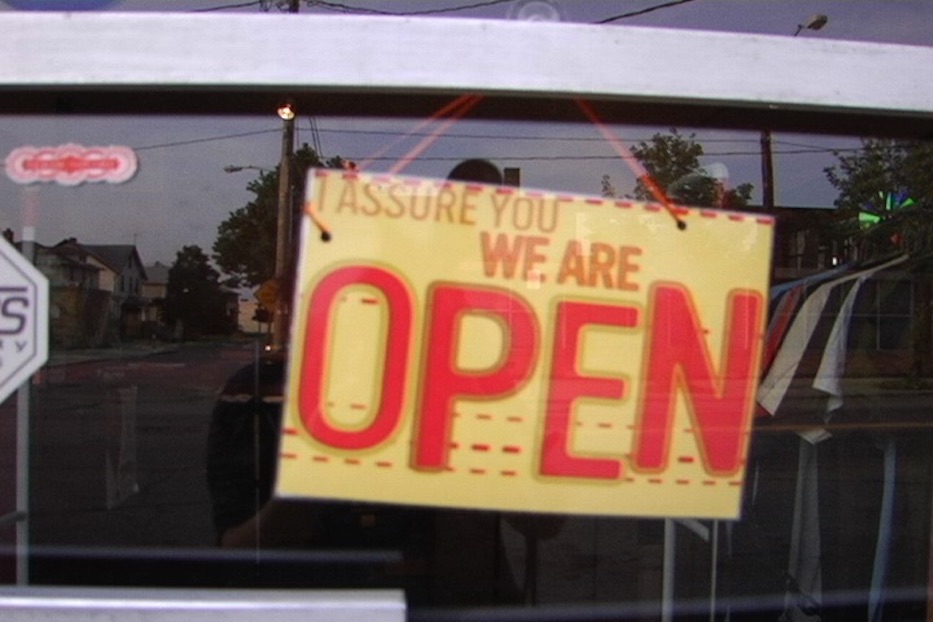 Brendan Toller grew up in love with Middletown vinyl haven Record Express. When it announced it was closing its doors in 2006, he decided to take matters into his own hands—through the lens of a camera.

Toller is the director of I Need That Record!, which celebrates its 10th anniversary this Thursday night with a screening at the New Haven Documentary Film Festival. Traversing the country with a video camera, handful of college-aged friends and grassroots sensibility, the film tracks the closure of record stores across the U.S. as digital streaming takes hold on the music industry.

The screening takes place June 6 at 8:30 p.m. at the Whitney Humanities Center. Details and more information are available here. 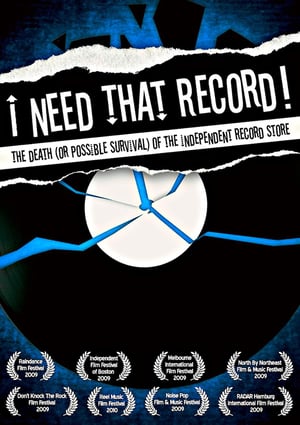 First conceived in 2006, I Need That Record! focuses in on a grim question: what is killing record stores, what do they represent in the long arc of American music history, and is there and way to save them?

A student at Hampshire College at the time, Toller began mapping the film when he learned that the Middletown fixture Record Express would be closing after almost three decades in business. He was devastated. Then he was angry.

“It was all people saying, ‘well, we can't wait for the wave of the future,’” he recalled in a phone call Monday night. “But it’s like, that’s missing the point. What has brought music to the forefront is people and musical connection. These bars, cafes, stores—they’re important social spaces for ideas to stew and ferment.”

He developed a plan: travel across the country with a few friends, visiting both record stores that were on the brink of closing and those stores that had managed to keep their doors open. Over the summer of 2006, he saved up to buy a camera that would withstand hours of filming. He connected with vinyl greats, including Ian MacKaye of the storied Dischord Records in Washington, D.C. And then he hit the road. 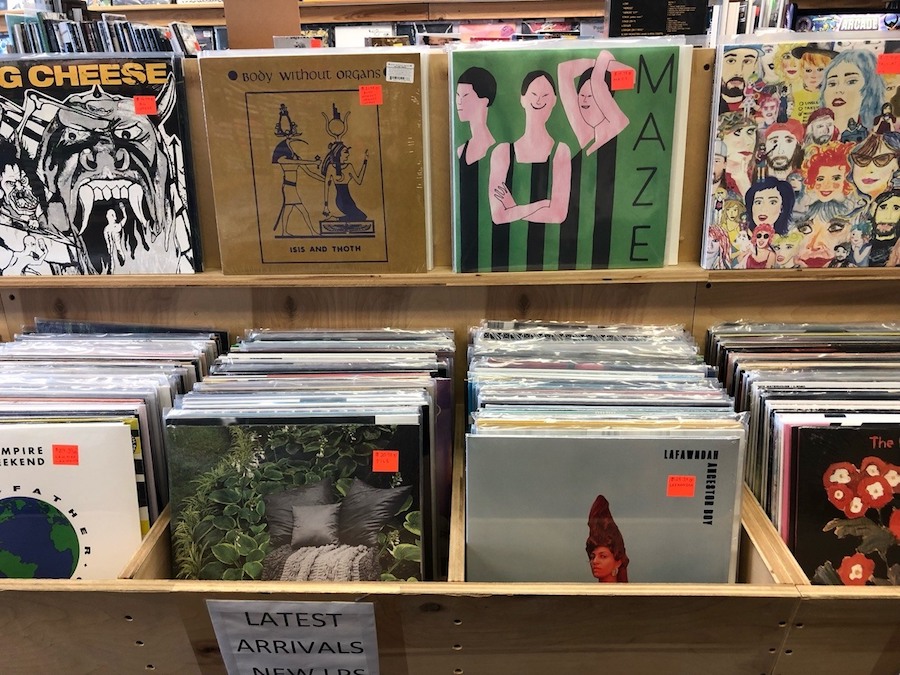 Along the way, he scoped our record stores from coast to coast. He collected voices that were authorities on the topic, including Thurston Moore of Sonic Youth, Patti Smith Group guitarist Lenny Kaye, and Pat Carney of The Black Keys among many others. He also met music manager, publicist and author Danny Fields, who later became the subject of Toller’s heralded documentary Danny Says. And he delved into questions on the other side of the debate—like the argument that buying WalMart and listening on nascent streaming platforms was simply more affordable and convenient.

For Toller, the quest was as much a personal one as it was about making a cool film. He grew up in the 1990s, in a house that was filled with music. When he was around five, he heard his first Beatles album and started listening to artists like David Bowie. He found that vinyl provided a much “warmer sound” than digital platforms. That stayed with him into his teenage and young adult years, as he started to build his own collection of records.

“Digital sound—it has this kind of cold energy to it,” he said. “I can only really listen to digital for six hours, and then my ears can’t take it anymore. I could spend a whole night at my house listening to records.”

He understands the convenience argument, he added: he uses streaming platforms at work and to listen to his favorite radio shows, but ditches them for the real deal at home. He’s tried to spread that love in the New Haven community with his monthly series Shake ‘N’ Vibrate, a vinyl night at Cafe Nine. 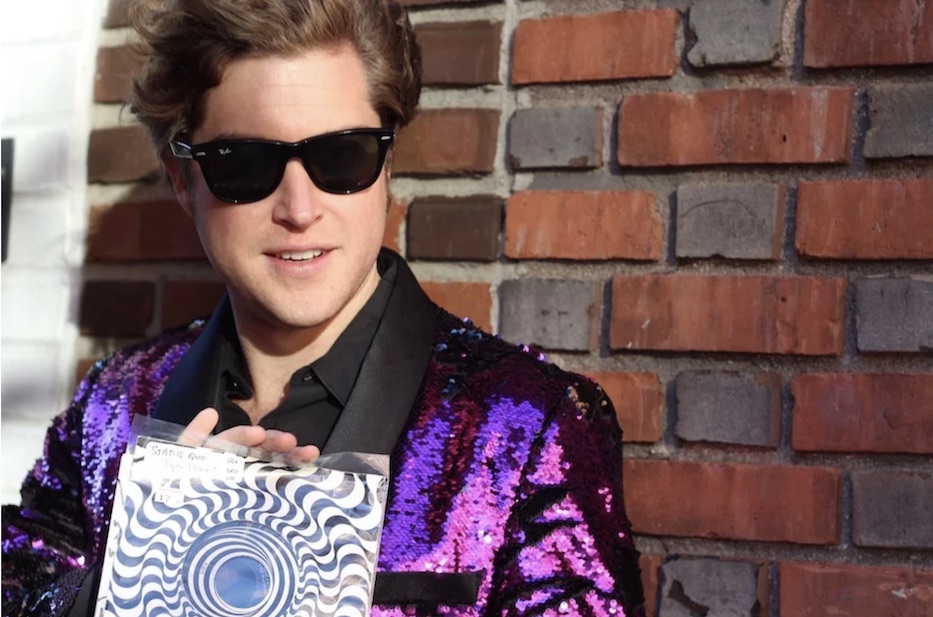 “I think there's some statistic that less than three percent of all recorded music is even available digitally,” he added. “So just right there, you're cutting yourself off from a great treasure trove. Streaming is like a microwave television dinner and vinyl is a gourmet, organic, healthy meal.”

Reflecting on the film a decade later, Toller said he would have liked to feature more women musicians and a wider selection of genres. Still, whenever he watches the film, he is “super proud” of it and is excited to celebrate its 10th birthday by watching it with an audience.

In that time, he added, a lot has changed—platforms like Spotify have become wildly popular, but so has a love for analogue that transcends older generations and keeps record stores open for business.

“I think the extremes are getting pushed," he said. "There are so many people who now live off their phone. And then there are people who go to a store and will pay $50 for a record.”

“Music needs a scene around it in order for it to happen.” he added. “Music will always be about human connection.”

This piece comes to the Arts Paper through the second annual Youth Arts Journalism Initiative (YAJI), a program of the Arts Council of Greater New Haven and the New Haven Free Public Library. Over eight weeks this spring, ten New Haven Public Schools (NHPS) students work with Arts Paper Editor Lucy Gellman and YAJI Program Assistant Melanie Espinal to produce four articles, for each of which they are compensated. Read more about the program here or by checking out the"YAJI" tag.