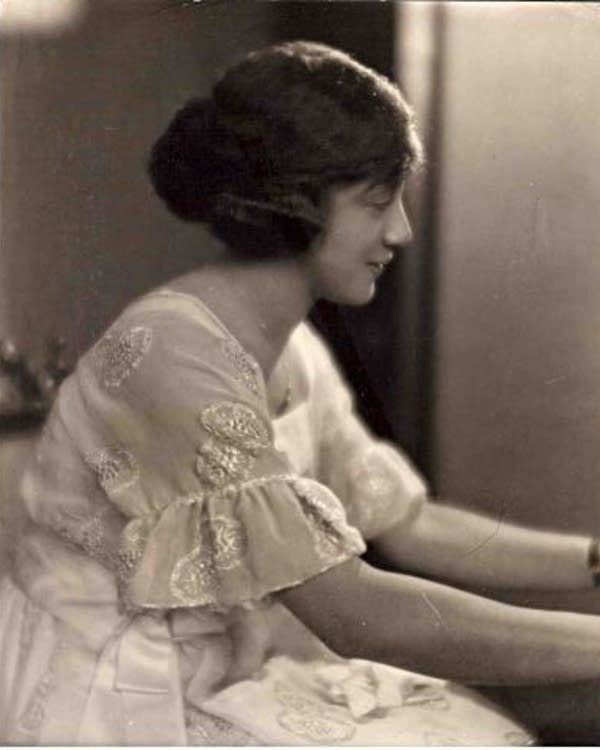 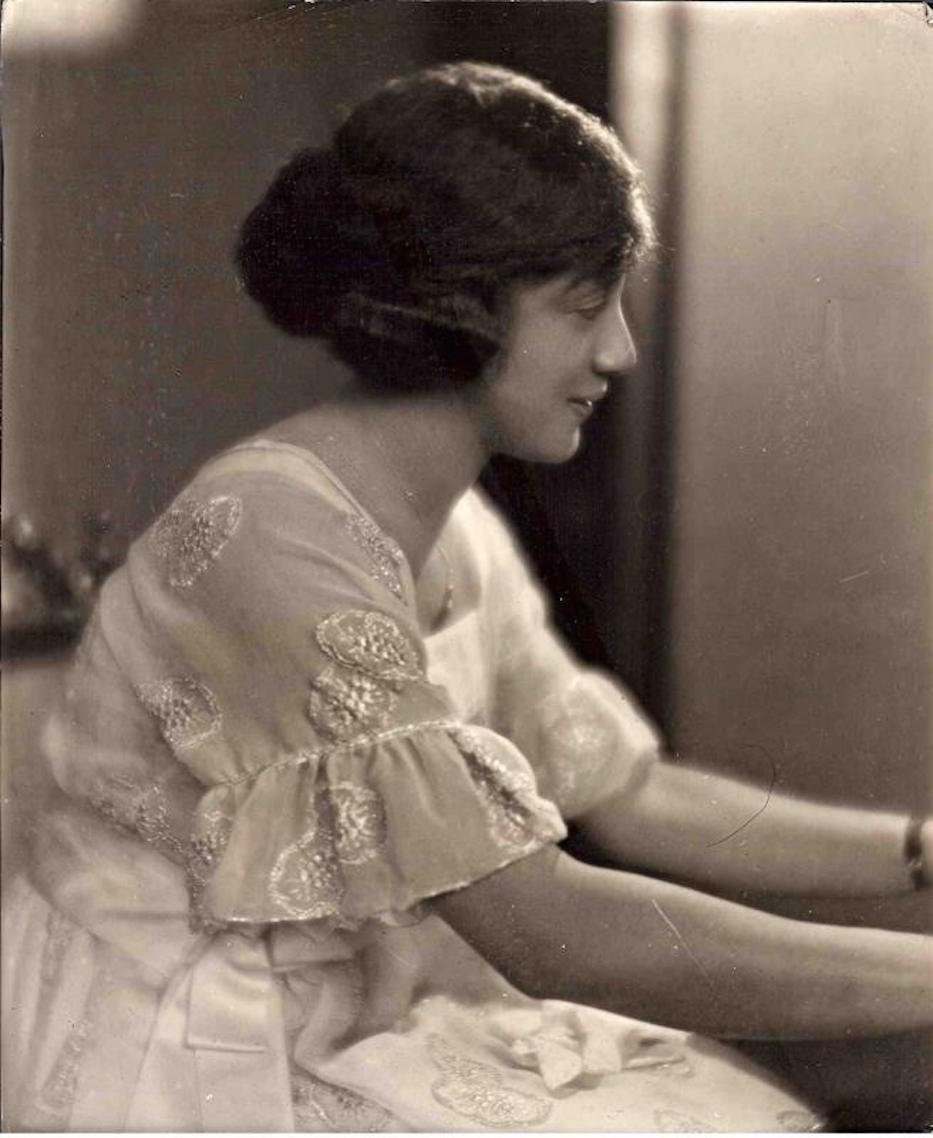 A century-old melody drifted through Dixwell Avenue Congregational Church, and out through screens across New Haven. At the piano, 16-year-old Amanda Simpson laid her fingers gently on the keys, teasing out part of a long-forgotten concerto. The spirit of Helen Eugenia Hagan, the first Back woman to graduate from the Yale School of Music, moved through her.

This winter, Hagan is getting her due across the city and in Congress, as she posthumously receives honors for a career that began in New Haven, spanned multiple cities and countries, and ended in an unmarked grave at Evergreen Cemetery in 1964. Earlier this month, the New Haven Symphony Orchestra paid tribute to Hagan with its history award. That honor has sparked growing interest in Hagan’s career, as historians, family, and faith leaders work to fill in the historical blanks that still remain.

“She was a path breaker,” U.S. Sen. Richard Blumenthal said at the symphony’s February gala. “First African-American woman to graduate from Yale. An accomplished musician. And a role model for so many. It couldn't be more appropriate [to honor her].”

Hagan was born in Portsmouth, New Hampshire near the turn of the 20th century. When her family moved to New Haven in the 1890s, they joined the Dixwell Avenue Congregational Church. At the time, the church was already well on its way to becoming one of New Haven’s oldest and most celebrated historic Black churches.

As a child, she studied the piano under her mother, Mary Estella Neal Hagan. Church records indicate that she gave her first concert there in 1900, when she was just nine years old; she later became the church’s pianist and choir director. During her childhood and teens, she played there and studied in the city’s public schools. Then, at 19, she became the first Black woman to attend the Yale School of Music.

She graduated in 1912, the same year that she performed her sweeping, dramatic Piano Concerto in C Minor with the New Haven Symphony Orchestra. The concerto, which earned her a scholarship to study in France, is thought to be her only surviving work today.

The concerto became Hagan’s launchpad into the world. After studying in Paris, Hagan taught at Tennessee Agricultural and Industrial State College (now Tennessee State University), an Historically Black College in Nashville. In 1919, she was one of 19 Black women sent by the YMCA to entertain Black U.S. troops in Europe.

Of those women, she was the only Black woman to perform in France. She was beloved by troops: in her research on Hagan, writer and historian Elizabeth Foxwell discovered that the Pittsburgh Courier referred to her as the "darling of the doughboys." Elaine Carroll, chief executive officer for the New Haven Symphony Orchestra, said she was not formally recognized for her service the United States during her lifetime.

When Hagan returned to the U.S., she continued to teach and perform. For the next 40 years, she grew her musical footprint from Texas to New Jersey to New York, where she had a music studio from the 1930s until her death. During that time, she was not only acclaimed, but became part of the period's frequently overlooked Black intellectual history, including in a series of letters she exchanged with W.E.B. DuBois. When she passed away in 1964, she was buried in an unmarked grave at Evergreen Cemetery, where her parents had been laid to rest years before. Until recently, they too did not have headstones.

For years, Hagan’s career went overlooked. Then six years ago, Foxwell kicked off a crowdsourced campaign to give the composer a proper grave marker. It sparked a renewed interest in Hagan’s life and work. In September 2016, Foxwell joined the New Haven Symphony Orchestra and Yale School of Music to unveil a headstone among the tree-lined walkways of Evergreen. Then-Mayor Toni Harp declared the date official “Women Making Music Day” across New Haven.

In the years since, both Foxwell and the School of Music have continued to churn out new resources on Hagan’s life. As the symphony prepared for its annual gala this year, Carroll placed the composer in an awards lineup that also included soprano Harolyn Blackwell, New Haven librarians Xia Feng and Stetson Branch Manager Diane Brown, board member Burton Alter and Yale School of Public Health Dean Sten Vermund. As part of that ceremony, the symphony also secured posthumous recognition of her service in the Congressional Record.

Hagan’s great niece, Valerie Rooks, said she is excited for the renewed interest in Hagan’s life. Born and raised in New York—Hagan was in fact Rooks’ mother’s namesake—she remembered Hagan’s presence as elegant and stately. While she and her younger sister did not spend much time with their great aunt before her death, “we knew that she was a great pianist” and savored the moments that they got to be in her presence. Rooks was nine years old when Hagan died.

The family shared a sense of pride in Hagan’s accomplishments, from her service to the United States to her legacy as a musician and a music educator. Rooks, who now lives in North Carolina, still has a brochure from Hagan’s 135th Street music studio in Harlem, as well as her membership card to the Harlem graduate chapter of the Alpha Kappa Alpha Sorority, Inc. In 2017, internet-based research led her to Foxwell’s fundraiser, which led her to articles about Hagan’s life and work.

“I was so taken aback at all this information that I did a little piece on her,” Rooks said in a phone call Wednesday afternoon. She presented her findings on her great aunt during a Black History Month presentation at her local church, an updated version of which she plans to give again this year. She stayed in touch with Foxwell, who connected her with the symphony before this year's gala.

Before the pandemic, Rooks’ interest in the new grave marker also led to her own trip to Evergreen Cemetery and a long communication with its general manager, Dale Fiore. When she found out that Hagan’s parents—her great grandparents—were also in unmarked graves, she purchased headstones for each of them. They now rest close to their daughter.

“It recognizes her contributions, her achievements, her skill, her proficiency on the piano, her composition of the Concerto in C Minor that she wrote, and it helps other people know about her achievements,” Rooks said of the award. “It also makes us proud as a family to know our legacy and to pass it down to our children. My daughter was at the gala, as was my younger brother. It's important for us to know our history.”

Rev. Frederick J. Streets, who is currently the pastor at Dixwell Avenue Congregational Church, said that he sees Hagan’s legacy in the young musicians who attend the church, and live throughout the city. Last weekend, the church celebrated its 201st anniversary with a youth-led service, during which Simpson spoke about Hagan’s work and later dedicated her performance to the late composer.

“When she briefly talks about Helen Hagan and sits down and plays the piano, it's aesthetically the continuity of the spirit,” he said. “There is no substitute for affirming the humanity and the gifts of people. That's crucial and it honors her. It also honors the hospitality of the church to be a place to help people create and discover their voices.”