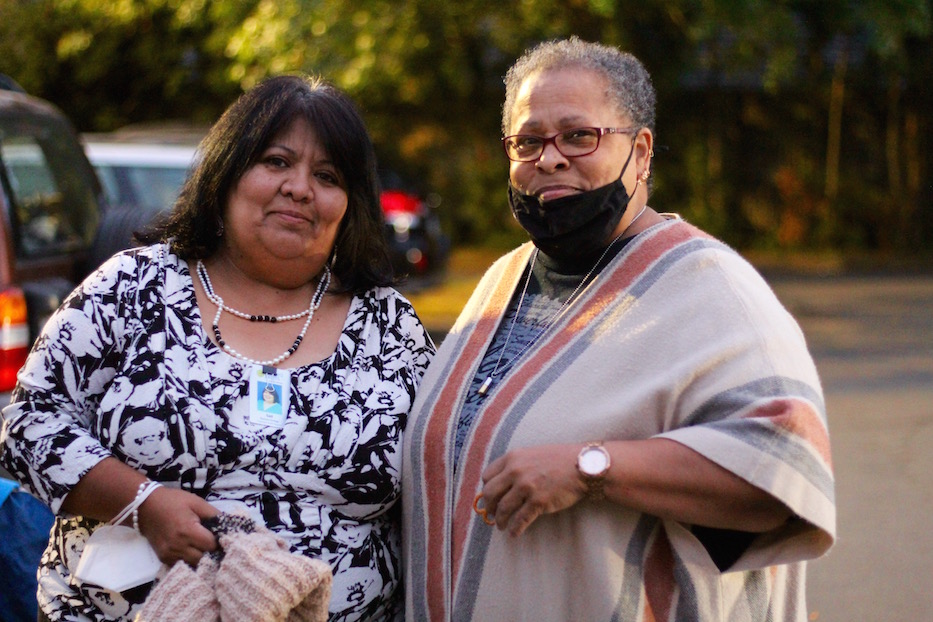 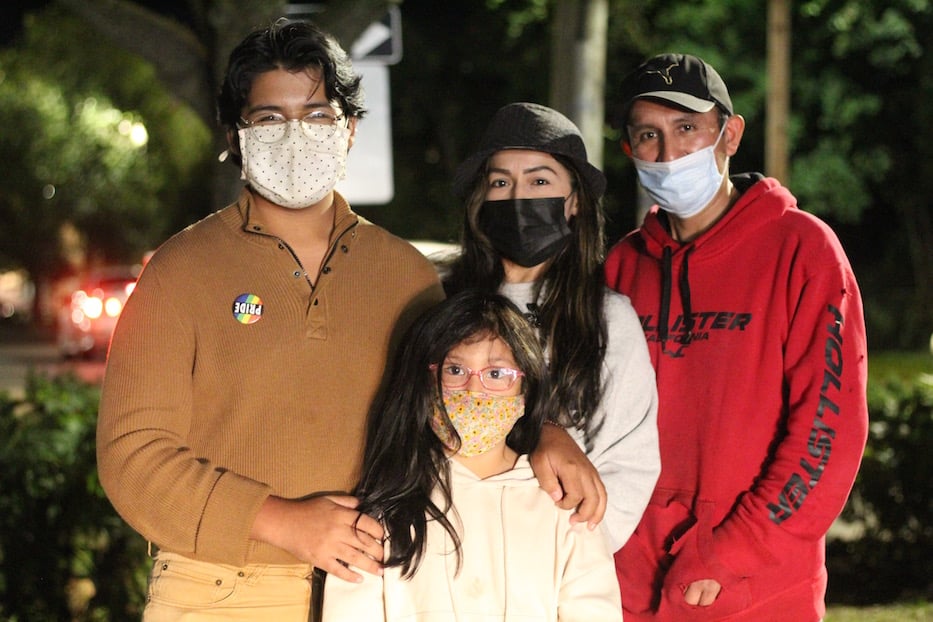 Dave John Cruz-Bustamante held their younger sister Sophia by the shoulders as “The Glory of Love” coasted over East Pearl Street A few yards away, the Central City Stompers turned a corner of the parking lot into a jazz cabaret. Right on cue, Perkins Street residents Isaiah Cooper and Helene Sapadin linked hands, lifted their arms, and started to slow dance to the music.

For three weeks, Fair Haven neighbors have used nightly artmaking, community dinners, board games, old fashioned conversation and at least one Sukkah—instead of law enforcement—to deter crime outside Grand Café, a bar that sits at the corner of Grand Avenue and East Pearl Street. On Thursday, members of the Central City Stompers played out the initiative with over an hour of music.

Sarah Miller, who organized nightly performances with Kica Matos and Karen DuBois-Walton, said that neighbors may gather at other Fair Haven crime hotspots once a week going forward. The project seemed to have worked: Lt. Michael Fumiatti confirmed Friday that no major crimes have been reported in the area since the occupation began on Sept. 14. 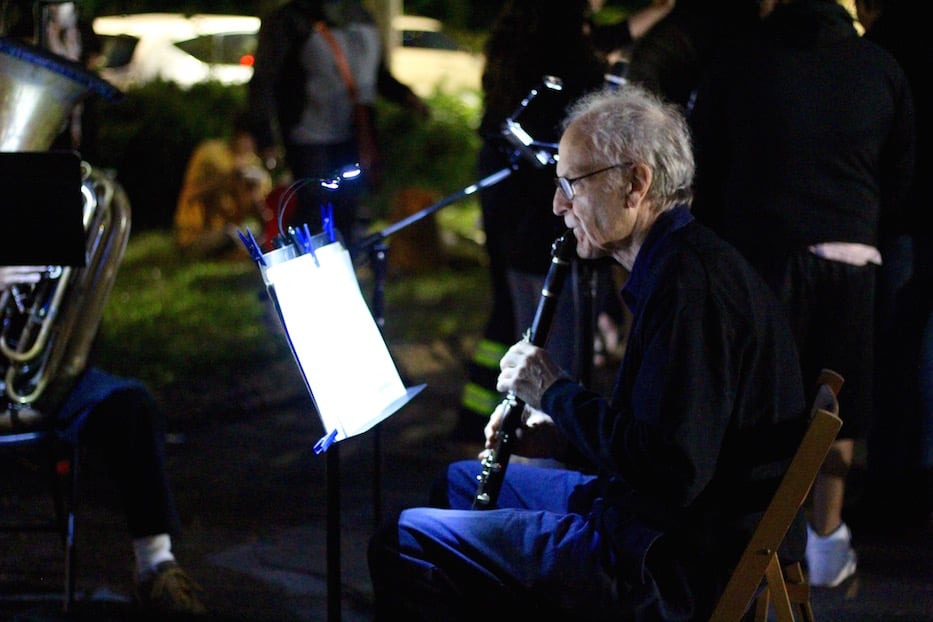 Members of the Central City Stompers all met at Neighborhood Music School.

Read previous coverage of the occupation, including pushback from patrons at the bar, here, here, here, and here.

“We all came out here to be more connected with the community,” said Cruz-Bustamante, a sophomore at Wilbur Cross High School who lives in the neighborhood. “For me, this is part of the radical community safety we talk about.”

Thursday, dozens of New Haveners turned out to spend a last evening together. On the far side of the parking lot, Hill resident Leslie Radcliffe munched on pretzels as she chatted with Luz Ramos-Ortega, a community health organizer with Clifford Beers. For Radcliffe, coming out to the event—particularly on its final night—was a no brainer. The city has seen 22 homicides in under 10 months, including many close to where she lives. She wants to be part of the solution to stopping them.

“It’s one neighborhood supporting another neighborhood,” she said. “I think our neighborhoods are more similar than they are different … it’s just one city.” 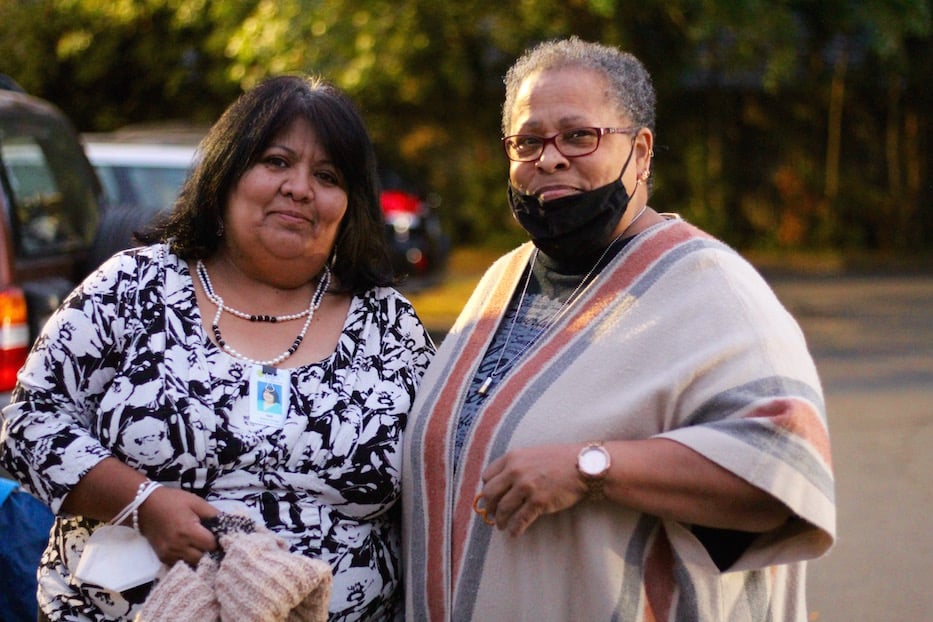 She would love to see a similar series come to the Hill, she said. Earlier this year, Radcliffe was outside her Truman Street home when 22-year-old Ciera “CeCe” Jones was shot and killed across the street. She is still hesitant to spend long amounts of time outside and in the block’s community garden, she said. That fear of violence seeps into her everyday life—and that of her friends and neighbors.

“It’s almost like the surge of violence we’ve had was pinging back and forth between Fair Haven and the Hill,” she said. Ramos-Ortega, who works in the community, nodded her head. She said that she’d just read about 14-year-old Angel Velez, who was stabbed to death in Waterbury on Wednesday night.

“We want change,”Ramos-Ortega said. “We want things to be better. This violence—it’s gotten worse.” 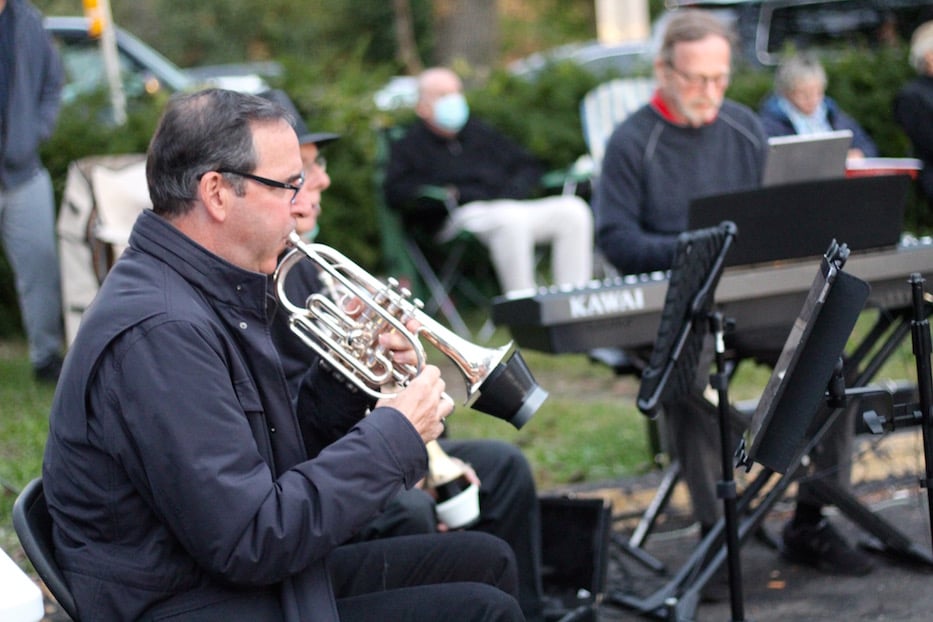 Back at an asphalt-and-grass stage, a trumpet gave a bleating, brassy cry as Rob Harper-Mangels pressed a plunger to its mouth, then pulled it away just as quickly. Clarinet joined in, wailing as trumpet rumbled beneath it. In the audience, Fair Havener Gina Toppins walked around handing out chips and pretzels. Miller later said that Toppins has been one of roughly 10 regulars who show up every night, regardless of the entertainment.

No sooner had the band announced a cover of “After You've Gone” than vocalist Patti Shea joined in for her vocal debut, swaying slightly at her music stand. Piano keys bounced. Clarinet shrieked its entrance and settled into the song. Shea tapped her feet, and a tambourine came in from seemingly nowhere. Beside them, an impromptu dance party unfolded beside a game of “Guess Who.”

A table stacked with still-warm, grease-stained pizza boxes and a container of vegetables beckoned from a few feet away. Rev. Hector Luis Otero, the pastor at Iglesia de Dios Pentecostal down the street, picked up a few slices and watched the musicians play. The smell of golden, warm cheese and char bloomed across a knot of attendees. 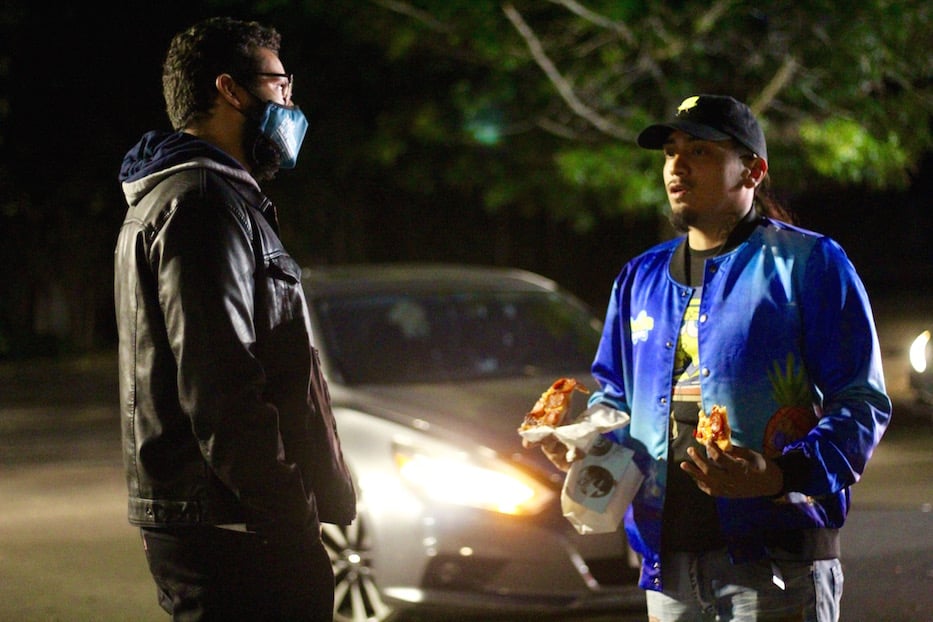 Eleazar Lanzot  and Los Fidel. Both of them currently live in the neighborhood.

As the head of a congregation at 99 East Pearl, Otero said he feels an obligation to support the community. He's a spiritual leader, New Havener, and father himself—and he's scared by the rise  in citywide gun violence. He later prayed for the safety of the neighborhood and for New Haven.

That’s also what brought Cruz-Bustamante out with their sister and parents, all of whom live nearby on Chapel Street. In recent months, the neighborhood’s rise in gun violence has become a frequent topic of discussion at home. It shouldn’t have to be, family members said.

“It’s really nice to share space and time with people,” said Mirian Bustamante as Cruz-Bustamante translated from Spanish. She added that it’s a rare opportunity to get to know her neighbors. “There’s a lot of violence here. But we can’t just stay in our houses. We have to do something.”

Watch the videos above for music from the Central City Stompers.