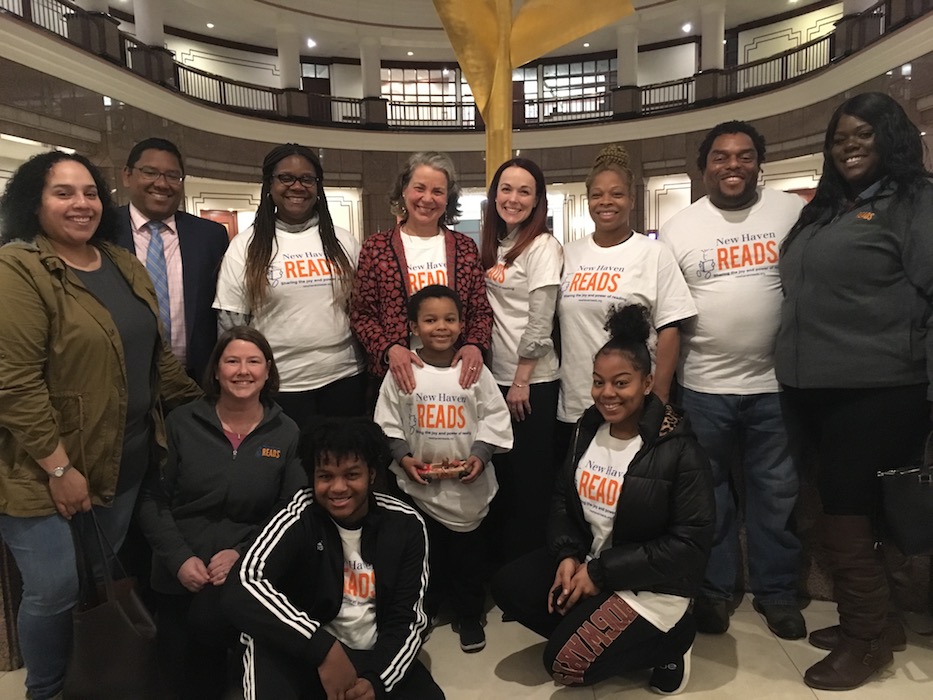 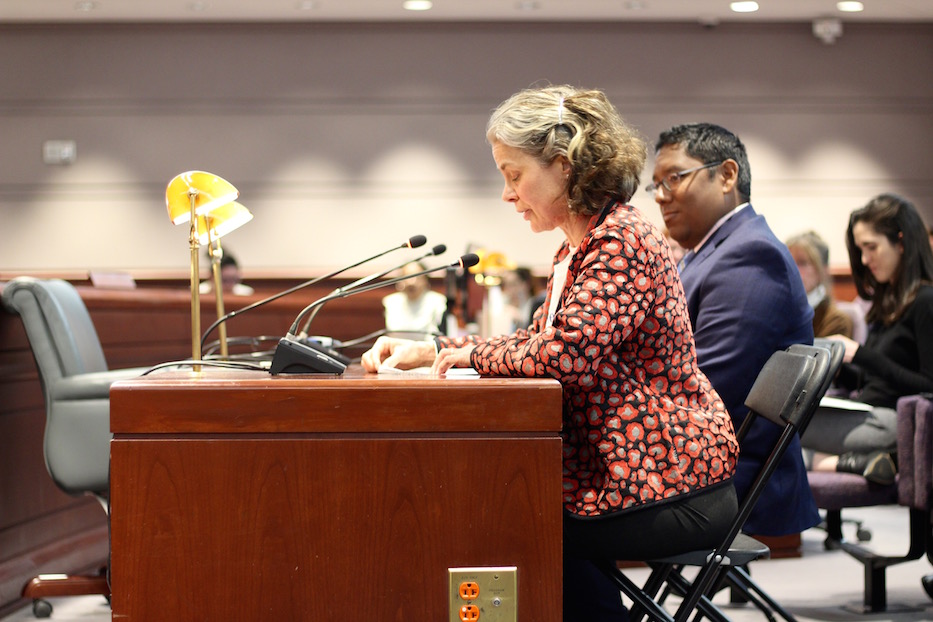 New Haven Reads came to Hartford with one pitch. If the organization can keep its $50,000 in state funding, it can help over 570 kids learn to read at grade level.

If it can’t, it’ll have to start cutting resources.

New Haven Reads Executive Director Kirsten Levinsohn made that argument Tuesday night, at a four-hour hearing of the state Appropriations Committee. Among appeals for increased funding to the Department of Corrections and the Department of Economic and Community Development (DECD), she urged legislators to restore funding to the organization, which provides free, one-on-one literacy training to students reading behind grade level.

The organization currently serves 570 kids across four sites that provide weekly tutoring to students in pre-kindergarten through grade 12. Its book bank distributes 110,000 free books each year, at brick-and-mortar locations, “Help Your Shelves” pop-up libraries, and special events including the Elm City Freddy Fixer Parade. Even with that expansion, 175 kids remain on the waitlist.

It normally receives $50,000 from the state each year, as part of funding to after-school programs under the Judicial Department. But in recommended budget adjustments for the 2021 fiscal year, Gov. Ned Lamont proposed cutting the organization’s funding entirely. The cut is part of a larger move to slash after-school programs by $530,000, including a state grant to the Boys and Girls Village.

“Our community and our state need our children to be able to read,” Levinsohn said. “A child who learns to read effectively is more likely to finish high school, go to college, and to get a good job. This obviously also means he will pay taxes as an adult.”

As she spoke, she made the case for literacy as a fundamental human right, without which other educational, social, emotional, and financial building blocks can’t fall into place. Currently, 70 percent of New Haven’s third graders read below grade level, a position that puts them at-risk of never catching up to their peers.

She connected literacy to social and emotional learning with the story of one of the organization’s former students, who entered the program in fifth grade. At the time, she said, he was reading at a second-grade level. As he caught up to his peers, Levinsohn recalled hearing about how much his behavior was improving at home and in the classroom.

Seven years later, he still comes to the organization—this time as a college-bound senior and New Haven Reads tutor himself.

“Our literacy program more than pays for itself down the road,” Levinsohn said.

Mandi Jackson, who had come to testify for Music Haven, was so moved that she added a spoken, impromptu testimony for the nonprofit, which serves many of the same low-income families that Music Haven serves.

So were committee members, several of who have been New Haven Reads tutors themselves. State Rep. Toni Walker, who chairs the committee and represents New Haven, recalled watching New Haven Reads staff hand out books during the city’s annual Freddy Fixer Parade.

“The most wonderful feeling was the smiling faces on the kids in the parade,” she said. “They were so thrilled they ran and got their brothers and sisters and said, ‘quick, could you give them a book too?’ And the idea that they held those books with as much joy as cotton candy, I think really said a lot.”

State Rep. Robyn Porter, who also represents New Haven, praised the program for its work. She has spent time both touring and tutoring at the nonprofit, as has New Haven State Sen. Gary Winfield.

“The highlight that is the biggest for me is actually having been a tutor at the program and working with the kids,” she said. “Just to see the change in them as they gradually progress.”

“For a lot of people who can’t read, it’s about self-esteem,” she continued. “It’s about having pride and feeling good about yourself. And knowing that you can actually accomplish something everybody should know how to do.”

State Rep. Michael DiMassa, who represents West Haven and a portion of New Haven’s Hill neighborhood, went straight to the math. If the state keeps funding the organization at $50,000, “that comes out to like $1.70 a year per individual.”

“I can tell you, I don’t know how many programs we’re gonna get these kind of results for that price,” he said. “So I think it’s well worth the money.