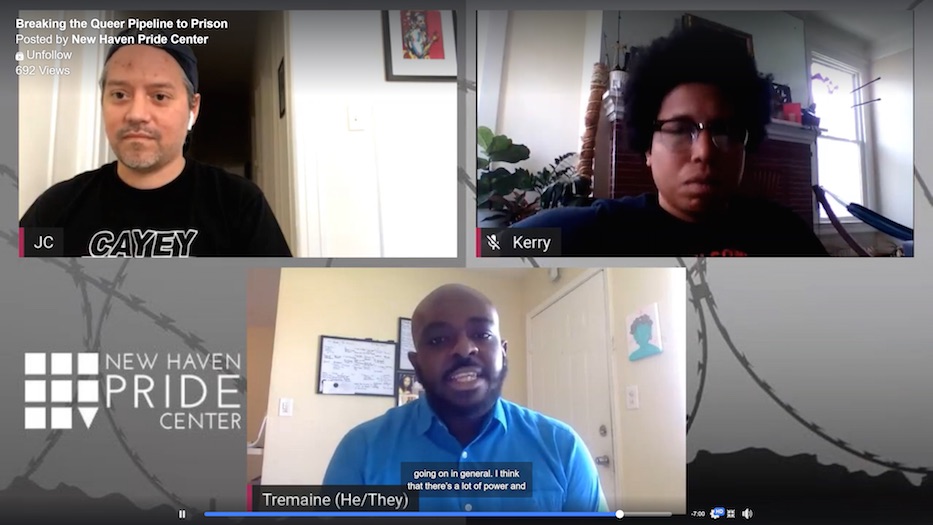 Sleeping on a park bench in daylight can get you arrested in the state of Connecticut. Carrying condoms can be used as evidence of sex work in New York, Washington, D.C, and Los Angeles. These are the arrests that members of the LGBTQ+ community, especially people of color who are housing insecure, face on a regular basis.

Tremaine Jones, project director for the LGBTQ Freedom Fund’s bail out and HIV programs, explained how those archaic laws are used to criminalize and punish LGBTQ+ people, setting them up for a life of incarceration due to minor offenses.

Housing insecurity is directly tied to the incarceration of queer and trans people, explained Jones. It may be housing insecurity itself or something related to it. As a result of family rejection and often loss of housing, LGBTQ+ youth represent 40 percent of the homeless youth population. Sex work remains criminalized throughout the United States with Black trans women facing the brunt of it.

“After becoming homeless, folks are trying to survive and are forced to engage in underground economies like sex work,” he said.

Ellington, who leads People Against Police Brutality and works for New Haven Legal Assistance, cited the number of under-resourced homeless shelters in the city as evidence that LGBTQ+ youth and adults are not being protected by the city. The forthcoming Y2Y youth homeless shelter will provide between 12 and 20 beds for homeless youth atop the Youth Continuum’s current site at 924 Grand Avenue. The shelter is expected to open later this year. The need within the city, however, may be far greater.

“This tells me that homeless LGTBQ folks are left to live out on the street, and encounter some of the most violent police violence on a day to day basis,” she said. She pointed to the lack of legal services specifically designated for LGBTQ folks in the city as an infrastructural failing. 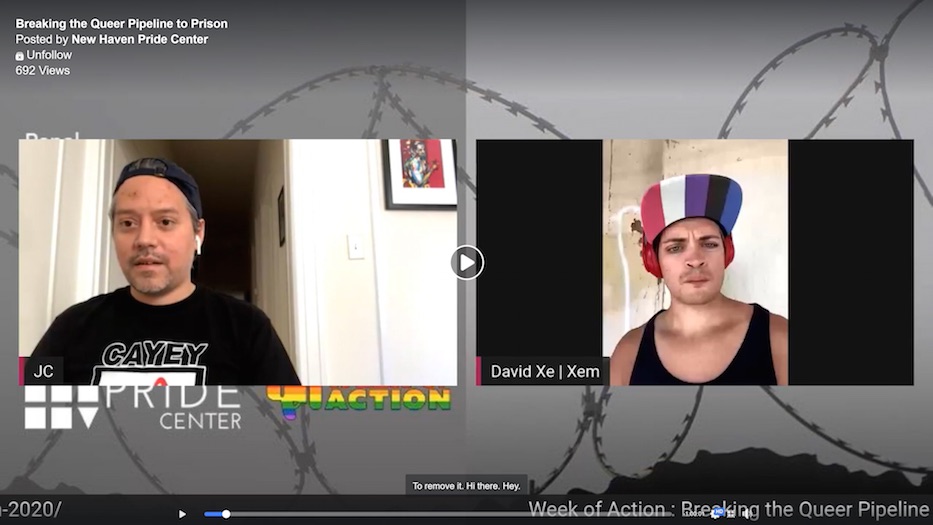 Having legal counsel present can reduce the likelihood of excessive bail and extraneous charges, Jones said. Without legal counsel, people are more likely to take the first plea deal to avoid future conflict. Oftentimes, these plea deals can have unintended life-long economic and social consequences.

In some cases, he added, these charges they receive have severe and outdated punishments rooted in homophobia. As Booth cited, six states require people to register as sex offenders as part of their punishment if they are convicted of an HIV-specific crime.

Within prison and migration detention centers, queer and trans people are quickly singled out. Oftentimes, they are put in solitary confinement to “protect” them from others.

“Trans women have the worst of it when it comes to the system it is because their gender expression is not viewed as 'normal,'" Booth said. “They [prisons] perceive them as a threat.”

Booth further explained that the Prison Rape Elimination Act (PREA) of 2003 was meant to reduce internal prison violence by monitoring and tracking violence inside prisons. Instead, it enabled correctional officers to surveil and punish people more.

Under PREA, correctional officers have performed non-consensual penetrative exams and increased the rate of solitary confinement citing PREA as their justification. There is no evidence that sexual violence perpetrated by correctional staff has decreased.

“People with HIV need to have access to medication in and outside of prison,” he said. “Oftentimes, they do not or it is limited. Once folks are released from prison, especially people living with HIV, if they are not connected to those resources immediately, they are less likely to stay in treatment.”

According to the Marshall Project, more than 45,000 people in prison have tested positive for COVID-19 since March. Connecticut accounts for 1,210 of those cases. The Connecticut Bail Fund and Semilla Collective have launched the Prison Watch CT project to track prison activities during coronavirus.

Jones and Ellington added that they see affordable and inclusive housing as a major obstacle in dismantling the prison pipeline for LGBTQ+ people.

“Affordable housing is an issue for Black and Brown working class folks in New Haven,” Ellington said. “I think it is pertinent that we develop affordable housing but housing that is protective for LGBTQ folks right here in our city, especially folks who are especially vulnerable to the criminal justice system.”

“There will be mass evictions unless the governor of Florida says otherwise,” he said. “There are going to be thousands and tens of thousands people out on the street. What happens next? People are going to have engage in survival sex work and other underground economies. The cycle will repeat."

For more information about the criminalization of HIV please visit the Williams Institute.