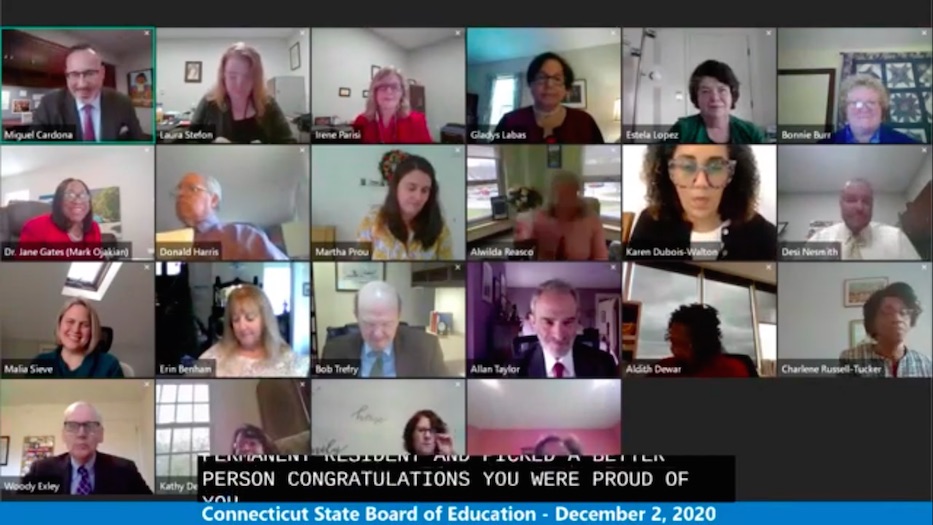 An elective course for Black and Latinx history will officially be hitting Connecticut classrooms by the fall of 2022. Now, teachers in New Haven and across the state are getting ready to implement it—and eagerly waiting for the curriculum to become public.

The Connecticut State Board of Education (BoE) voted unanimously to approve that course Wednesday morning, moving forward a public act that Gov. Ned Lamont signed last year. Over almost four hours, educators, board members and representatives of the State Education Resource Center (SERC) praised and discussed the work that has gone into the curriculum, which is still in draft form. A public copy is set to become available in July 2021.

“I appreciate the curriculum in its boldness around not shying away from, and really struggling with, the realities of the history,” said Karen DuBois-Walton, a State BoE member who helms New Haven’s Housing Authority, Elm City Communities. “I appreciated the centering of so much that’s typically marginalized, and the ability for students to be able to dig into that.”

The curriculum has been in the works for over a year. In 2019, Bloomfield/Windsor State Rep. Bobby Gibson proposed two bills that would add African-American and Puerto Rican Studies to Connecticut public high school curricula. Following hours of impassioned student testimony in the spring of 2019, the state legislature passed a bill requiring that all Connecticut high schools be ready to offer a course in Black and Latinx history by 2022, with a finalized curriculum by July 2021. 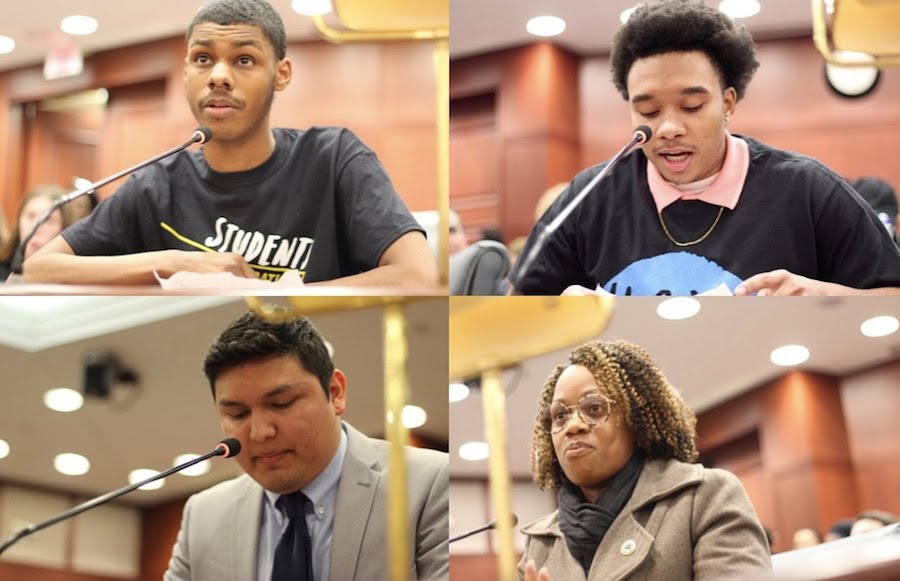 Educators and students testifying in Hartford last year. Clockwise, from top left: Co-Op HS graduate Brycen Thompson, Shane Brooks, Bloomfield Mayor Suzette Debeatham-Brown and Jonathan Gonzales-Cruz of CT Students for a Dream. Debeatham-Brown told a story of visiting a classroom and being asked if she was the person who "ended slavery," Lucy Gellman File Photo.

Since that time, an advisory group at SERC has been working to build a year-long, elective course that must be offered in all Connecticut high schools by 2022. Among its members are educational advocates and high school teachers from across the state, including teachers from Danbury and New Haven who are already piloting such a course for their students (read more about efforts from one, Metropolitan Business Academy’s Nataliya Braginsky, here and here).

Students—who were instrumental in moving the legislation forward last year—have also played a key role in curriculum development. The advisory group includes Students for Educational Justice Executive Director Rashanda McCollum, who brought discussions about the legislation to student-led forums and a Juneteenth teach-in in East Rock Park earlier this year. SERC also led a number of regional focus groups with middle and high school students in the spring and summer of this year.

While the curriculum remains in draft form, advisory committee members shared a “sneak peek” of it at a meeting in late November, with potential units such as “Slavery and Freedom: Stories of Resistance and Agency” and “Protest, Politics, and Power.” Currently, it consists of 10 comprehensive units and an approach geared toward inquiry-based teaching. As if in anticipation, SERC has placed a timer at the base of an informational page, where educators can count down the days until it becomes available.

DuBois-Walton said she is particularly excited by a focus on “radical reimagining,” a framing that asks students and teachers to reinterpret history while “opening that door for students and for educators to work in partnership.” She said that her only quibble with the legislation is that it is currently offered as an elective, rather than a required course. 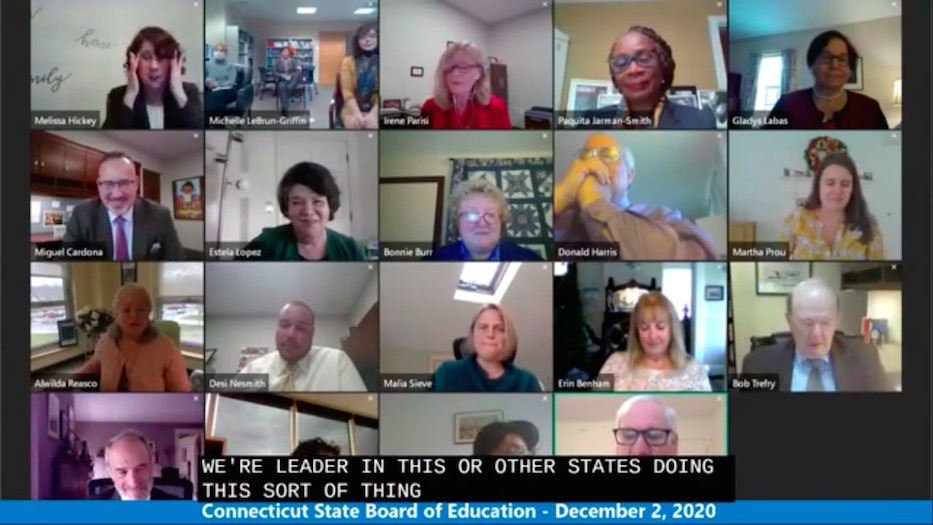 Wednesday, educators from across the state zoomed in to express their support for the course. Adrian Solis, a member of the advisory group and teacher at Henry Abbott Technical High School in Danbury, has already launched a course on Latino History at his school. He said that the course, in which he has been to test out units for the statewide curriculum, has sparked student dialogue that he has “never experienced in my 12 years of teaching.”

He recalled watching his own students learn about Indigenous Americans for the first time and rethink their own relationship with Latinx identity. In his role on SERC's advisory group, he has assisted with content development in Puerto Rican and Latinx history.

"This course has the capacity to share and expose our fears, anxieties and private thoughts in a safe space, allowing us to move forward as better people together," he said. "I can only imagine what a complete year of an African-American, Black, and, Puerto Rican/Latino class will do for our Connecticut high school students—especially our students of color, who will finally be able to see themselves in the curriculum on a regular basis."

Meghan Hatch-Geary, a teacher at Woodland Regional High School and Connecticut’s 2020 teacher of the year, pointed to the elective’s importance for both Black and Latinx students who do not yet see themselves reflected in their studies, and for their white peers who have been taught a largely revisionist version of history. 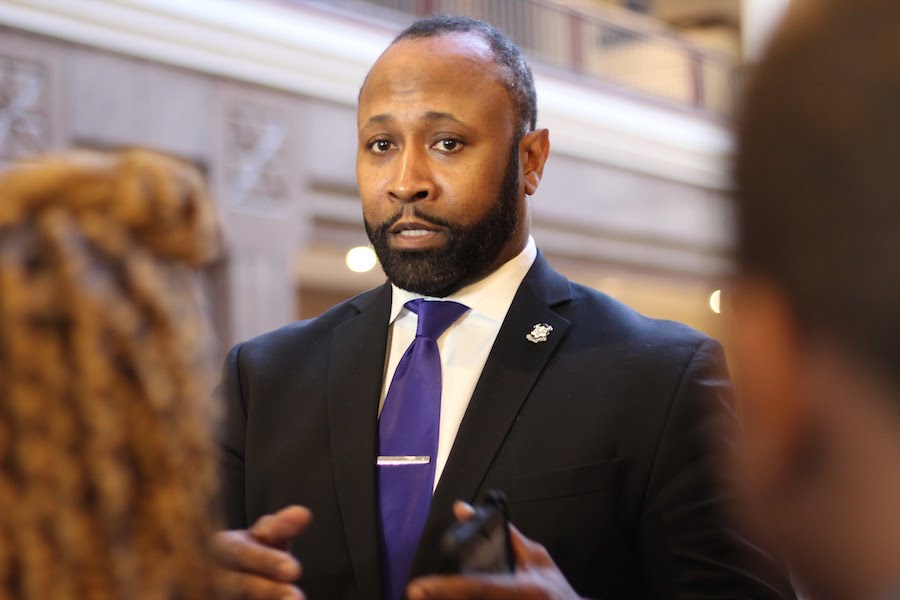 Others responded with more cautious optimism. Gwen Samuel, founder and president of the Connecticut Parents Union, urged State BoE members to approve the course as a first step in a much longer conversation. As a mom of public school students in Connecticut, she noted that Black and Latinx studies alone is not a panacea. While SERC has laid the groundwork for it, she’s watched the pandemic exacerbate educational disparities in the state.

“I am concerned that if we present it in such a kumbaya way, many will feel absolved from having to do self reflection, having to look at many of our educational practices, that still result in disproportionate suspension and expulsion,” she said. “That still result in certain populations—Black and Brown, specifically, in poor communities—not having access to many of the resources that they need to be successful. Especially during the pandemic.”

After over two hours of discussion, SERC Executive Director Ingrid Canady emphasized that the board’s vote, like the course itself, is indeed only a beginning. In the next years, she said she would like to see Black and Latinx studies become a requirement in every K-12 Connecticut classroom. While she is excited for the current legislation, she is already bracing for that longer fight.

“We see this as the entry point,” she said. “We need the momentum. We want to make sure that the momentum is there.” 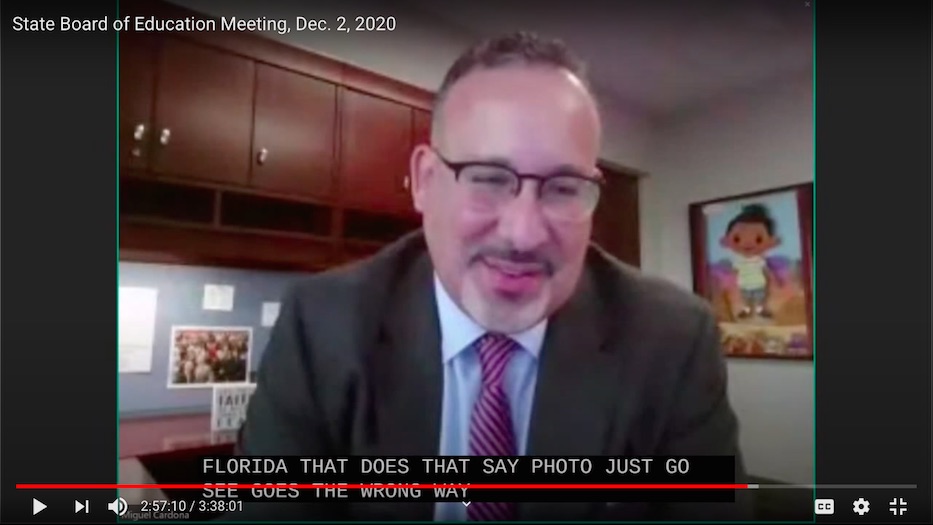 Cardona: "We’re eager to roll up our sleeves."

State Commissioner of Education Miguel Cardona agreed that high schools are simply the first step. He said he is excited to see Connecticut leading the way: it is the first statewide curriculum of its kind in the U.S. Wednesday's came over half a century after activists and academics created the first department of Latino Studies at Cal State’s Los Angeles campus, and the first department of Black Studies at San Francisco State College in 1968. State Sen. Cathy Osten has already proposed a similar bill for Native American studies in the next legislative session, which begins in January.

“We’re eager to roll up our sleeves and partner with our districts who are looking for creative ways to implement this so that there’s such a demand for these courses that they have to teach multiple sections of it,” he said. “And we’re just kicking the door down now. We really have to consider how we’re doing this K-12, not only for Black and Latino [students], but for other groups that might have been underrepresented.”