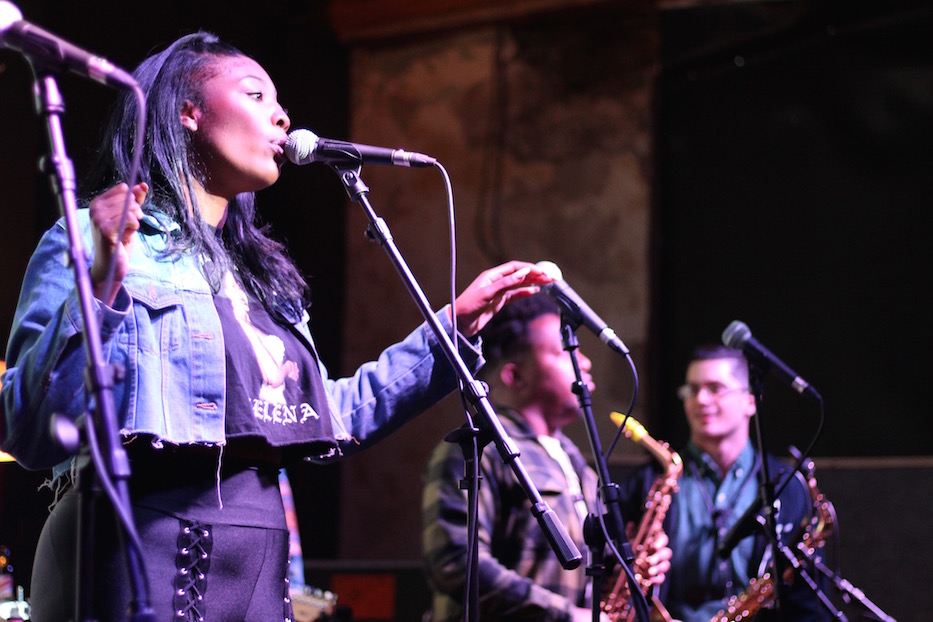 The State House’s doors may be closed, but its bartenders and sound engineers still need to pay their bills. Now, the community is pitching in to help make sure they can.

Tuesday, the State Street music venue sent out that information in an e-blast, announcing a new virtual tip jar amidst plans for online broadcasts and a brief COVID-19 status update. The space joins others, including nearby Cafe Nine, in trying to raise money for staff in the absence of ticket revenue.

The tip jar has been online since last week, but was not gaining traction until the e-blast, according to State House co-founder Slate Liu-Ballard. As of Wednesday night, community members had pitched in $1,900.

“The tips are going to bar staff, sound engineers, some of our most [economically] vulnerable staff,” Liu-Ballard said in a phone call Wednesday night. “We as a business can quantify our losses. They, as gig workers, can’t.”

The effort comes at a time when the venue has been shuttered for roughly a month, with no end in sight. The State House closed its doors officially on March 16, the same day Gov. Ned Lamont issued formal orders for bars, restaurants, gyms and theaters to close across the state.

It hit the space especially hard: co-founders Liu-Ballard and Carlos Wells had booked a March and April packed with shows that were attracting ticket sales, with performances that included Las Cafeteras and Makoomba among many others.

There were local artists with release shows on the horizon. The State House was, according to Liu-Ballard, getting "amazing offers" from artists who wanted to perform when they came through the Northeast. That was good news for them, after a 2019 year that included financial challenges.  Then in a matter of days, everything shifted.

In the weeks since, Liu-Ballard is projecting that the State House has lost $20,000 in revenue. If shutdowns continue through May, which he said seems likely, it stands to lose another $60,000. While he has applied for disaster assistance through the U.S. Small Business Administration (SBA) and the state, he’s waiting to see what happens. So far, the only external funding the space has received is $500 from the New Haven Creative Sector Relief Fund.

In the meantime, “we're also really trying to figure out how to stay relevant,” he added. Last week, the venue began posting short videos to social media, shouting out the artists who would have been appearing this and last month. It has launched a page on Bandcamp with live concert recordings and direct links to buy artists’ work. Friday, it will also start streaming show recordings, with a performance that Vapors of Morphine did last October.

As funds stream in for the tip jar, Liu-Ballard said it’s important to him that community members support bands, individual artists, and small creative outlets in any way they are able to. He acknowledged that there may be venues—music spots, small businesses, bars and restaurants—that don’t make it through this.

“In general, I would say like and follow every artist and local venue that you can,” he said. “Support them on every social media channel. Share their posts. Buy their albums. Buy whatever you can from them. Not only do the venues need support, but they as the artists need support.”

He added that he feels a loss that isn’t just financial: theaters, concert halls, and bars are all gathering spaces. When that’s taken away, artists don’t just lose revenue and exposure. They lose community.

“The story that the cultural sector needs support during this time is just huge,” he said, including the culinary arts as well as fine and performing in his calculation. “We've gotta be one of the hardest hit sectors around. It is critical to support the smaller venues—the ones that take a lot of risk, that have a lot of risks, and support all the artists.”