The Word Spreads To Whalley 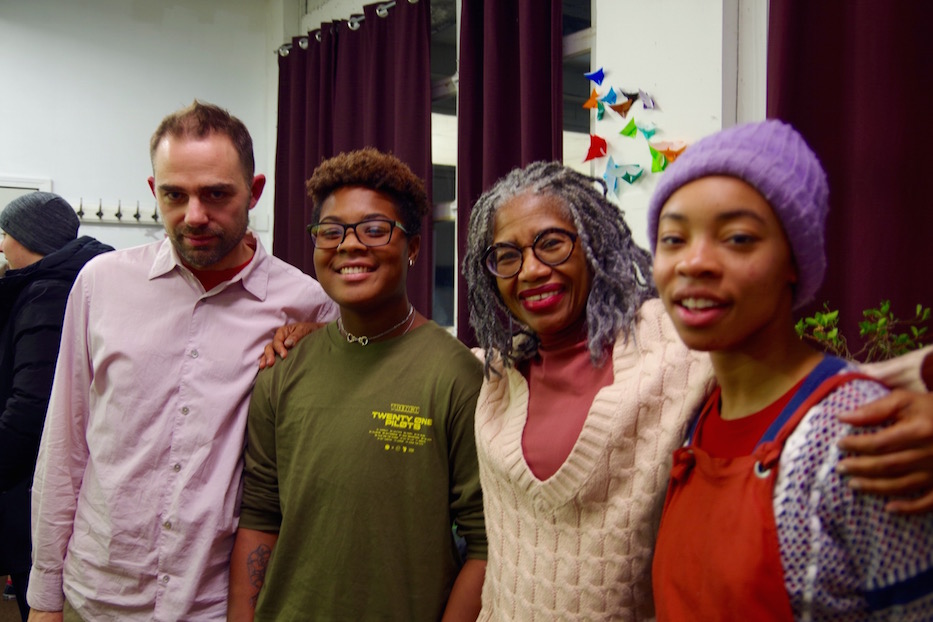 Tahj Galberth drew laughs from the audience as he read his through bio, racing towards the poem that was coming at the end. He smiled, and faces across the audience lit up before him. He closed and reopened his eyes, ready to focus on his piece “How to Cry in 10 Steps.”

Friday, Galberth joined poets Aaron Jafferis and Dyme Ellis at People Get Ready Books on Whalley Avenue, as The Word hosted its first poetry cypher of the new year. The event, which kicked off another year of poetry for The Word, was part of the bookspace’s weekend-long pop-up “People Get Ready To Celebrate Black Lives & Radical Love.”

Started in 2013 by New Havener Aaron Jafferis, The Word is a poetry-fueled program that spreads spoken word to New Haven’s middle and high schoolers as a tool for emotional release, self-expression, and some serious literary alchemy. Its leaders are poets, musicians, playwrights, and often alumni of the program who return as mentors. They perform throughout the year, including at a citywide poetry jam each May.

Friday, some of that alchemy spread to Galberth, who has been writing seriously for eight years and doing spoken word for closer to four. In his work, he writes on personal experience and mental and emotional health to spread a message of self-acceptance. He explained that in part, that focus came after participating in a school walkout for gun reform, and deciding “that I just want to help the world that we live in.”

His work, which is still evolving, packs a punch. In “How To Cry In 10 Steps,” the words become a reflection of how acceptable—and even necessary—it is for a man to cry.

“It’s sort of like a toxic masculinity thing,” he said. “Men are told that they are not able to cry because it’s a sign of weakness.”

“I grew up as a woman, and even then in those situations if I was crying, I was seeking attention,” he continued. “If I was crying, for some reason, my tears weren’t genuine. I had to teach myself how to cry and how to let go.” 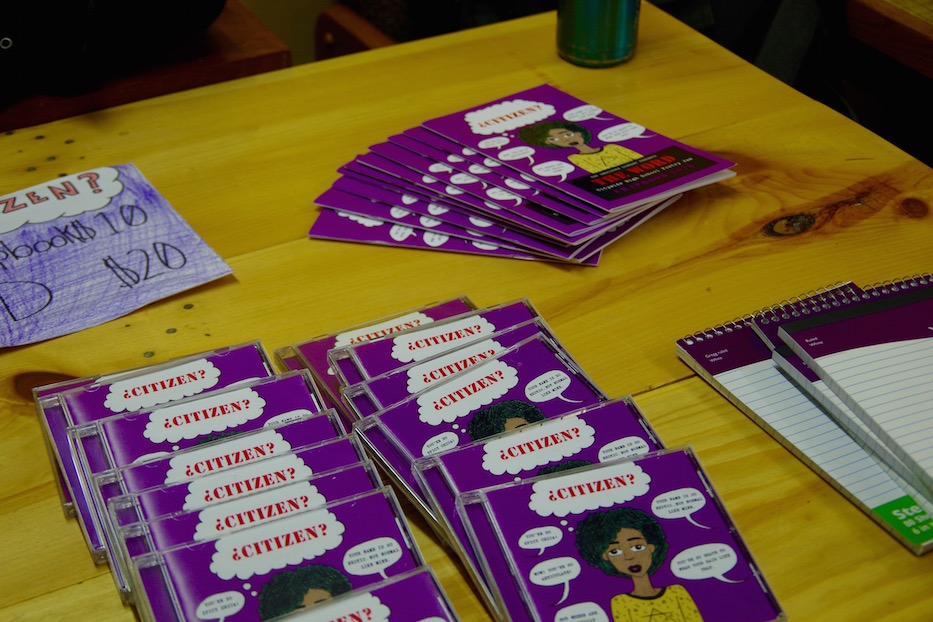 Galberth kept the momentum going with his poem “What Makes You a Man,” which chronicles his own search for answers to that very question. As he read, listeners hung on to each word, following his journey as they heard it for the first time.

“One of the things that you have to deal with when you are transgender is people constantly questioning your gender and constantly questioning your experiences,” he said. “For some reason there is this weird narrative that trans people can’t possibly be telling the truth. Like, trans people have to be lying about what they are going through and we can’t speak for ourselves.”

Jafferis interacted with the audience during his performance, encouraging attendees to bring their ancestors into the space. In his poem “What’s My Name?,” he dove deep on the concept of his own whiteness, weaving himself into a complicated, twisted history.

...framed black on white people’s tongue
...so now when someone says my name, I’m imprisoned with whiteness.
...when we leave our culture in the past, what if we split too?

“I write a lot about how we benefit from [being] white men and how it hurts other people,” he said. “But in that poem, I’m asking what would it take to undo whiteness within myself and in the world.”

He also left attendees with a treat: three love poems to mentors, family members, and to the city. 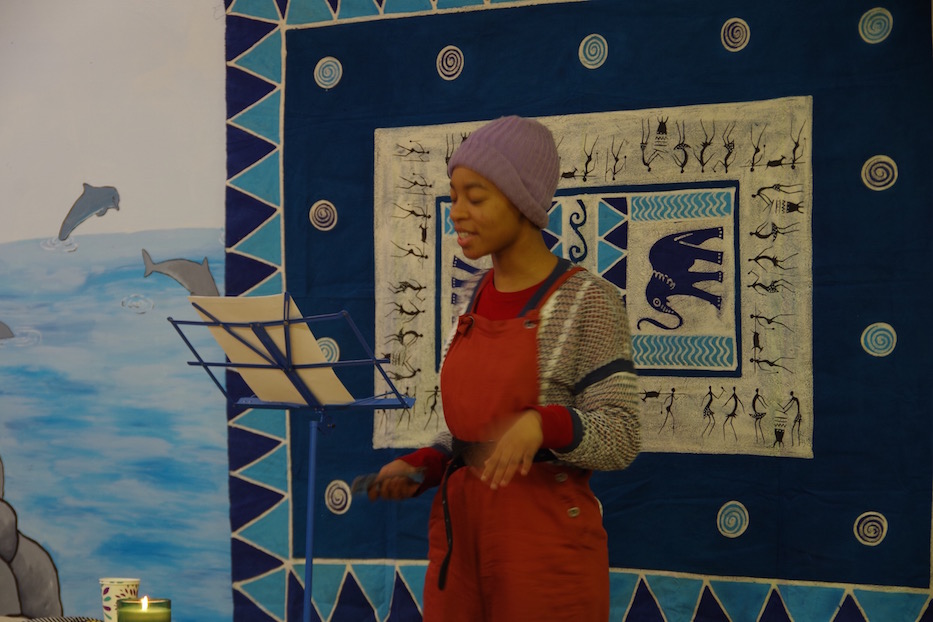 Dyme Ellis, who serves as a mentor for the program, used their words to honor those who had come before. Before they read their poem “On Core,” they explained that the poem was meant to honor the suffering and memory of Mary Turner. As Ellis explained, Turner was an anti-lynching advocate who was lynched and beaten while pregnant in Georgia in 1918, after protesting the lynching of her husband.

After murdering Turner and her unborn child, Ellis explained, a white mob beat her until she was no longer recognizable.

She’s bleeding like the moon don’t want her to duplicate…
hanging there like a sheet of shredded flesh.

Ellis also read their poem, “1997,” explaining that their own perceptions of Black women’s hair have changed as they get older. As a kid, they recalled, “I hated it when my roots would turn nappy.” They would drench it in baby oil. Now, they love it just as it is.

“One thing my mother told me about my grandmother was that she can walk into the kitchen empty-handed, and walk out with a whole meal, that’s how I think about Black hair,” they said. “I think that black is so beautiful and so diverse.”

For more information about The Word, visit their website.