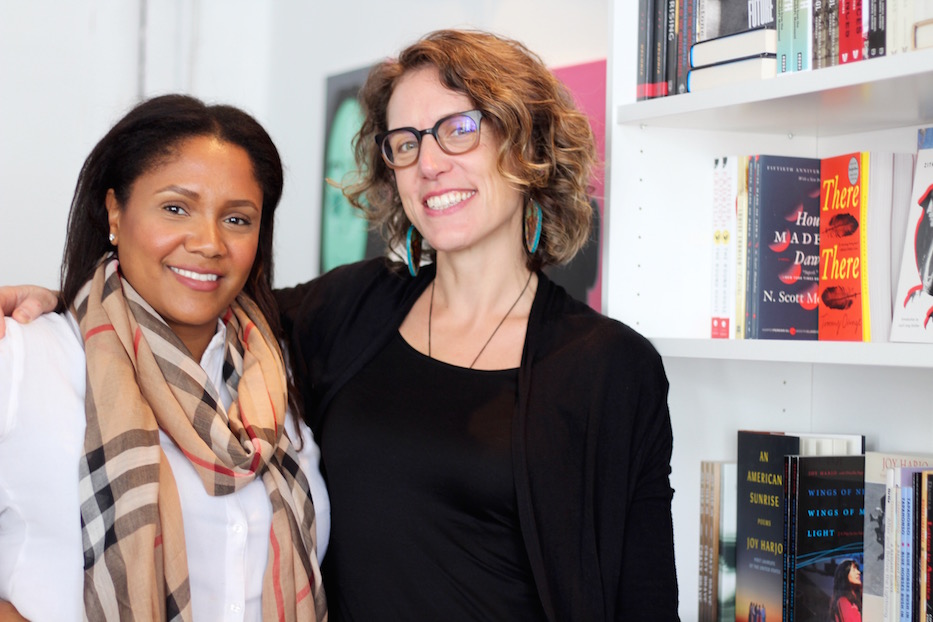 The first thing one notices is the sheer variety of books, packed neatly onto shelves that fill the room. Near the front door, copies of Jennifer Leason and Norman Chartrand’s Meennunyakaa / Blueberry Patch sit at the ready, catching one’s eye with a flurry of blue and purple. Across the room, Arabelle Sicardi’s Queer Heroes shares a long wall with the latest poetry by Joy Harjo and A Kid’s Guide to Native American History. Mark Long’s The Silence of Our Friends, a graphic novel on the civil rights movement, sits squarely in between.

It’s a normal scene at People Get Ready, a new “bookspace” centering voices of color that has landed on Whalley Avenue, in the space Music Haven once occupied beside St. Luke’s Church. The brainchild of New Haveners Delores Williams and Lauren Anderson, the store is now open on Sunday afternoons, with a lineup of readings, film screenings, book club meetings and educational workshops on additional days.

“It’s about creating space for people to come together around their common interests and have conversations,” Williams said last weekend, at a pop-up focused on reading and teaching indigenous history. “It really brought some great people from the community together, in a space where we could all have this, sort of like, radical empathy happening.” 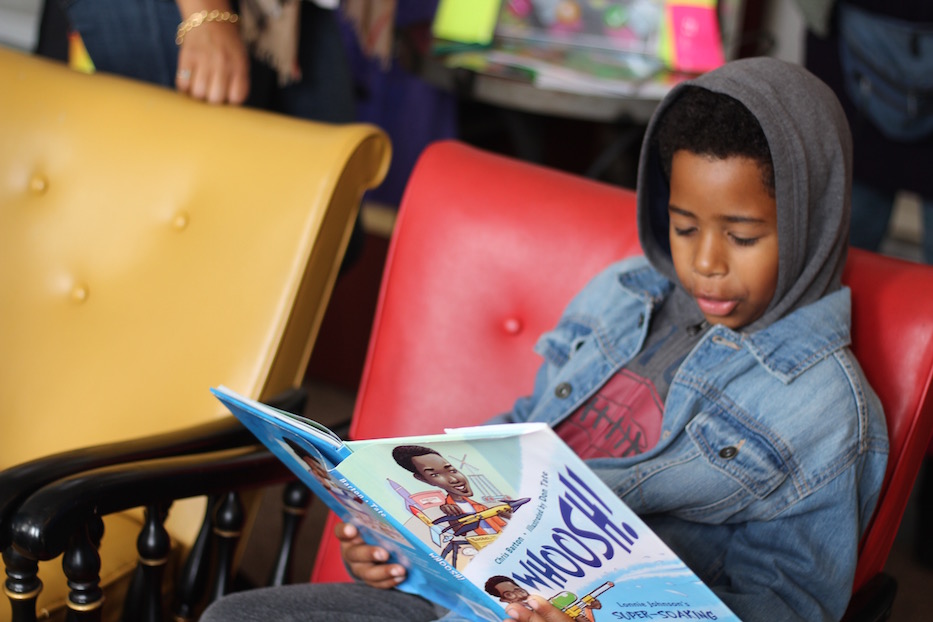 As Anderson tells it, People Get Ready started as “this sort of magical series of events.” First, she and Williams met last year, at a film screening of Backpack Full of Cash at Southern Connecticut State University. As the two talked after the film, they realized that “we had a lot in common,” said Williams. Both are in education and advocacy work: Anderson is chair of the education department at Connecticut College, and Williams is a mom so heavily invested in her kids’ education that she has headed to Hartford to testify on proposed legislation.

They also both love poetry, which Williams writes and both read voraciously. Earlier this year, both attended Poetry By The Sea in Madison, an annual conference that a local poet had invited them to after meeting Anderson at RJ Julia Booksellers, where she worked to get bookstore experience earlier this year. The two kept telling attendees about their plans to open a bookstore—“I think it was the first time we spoke it out loud,” recalled Anderson—and watched as people responded with excitement.

“Lauren has been paying attention to the signs of the universe,” Williams said. “I think we both really do, actually.” 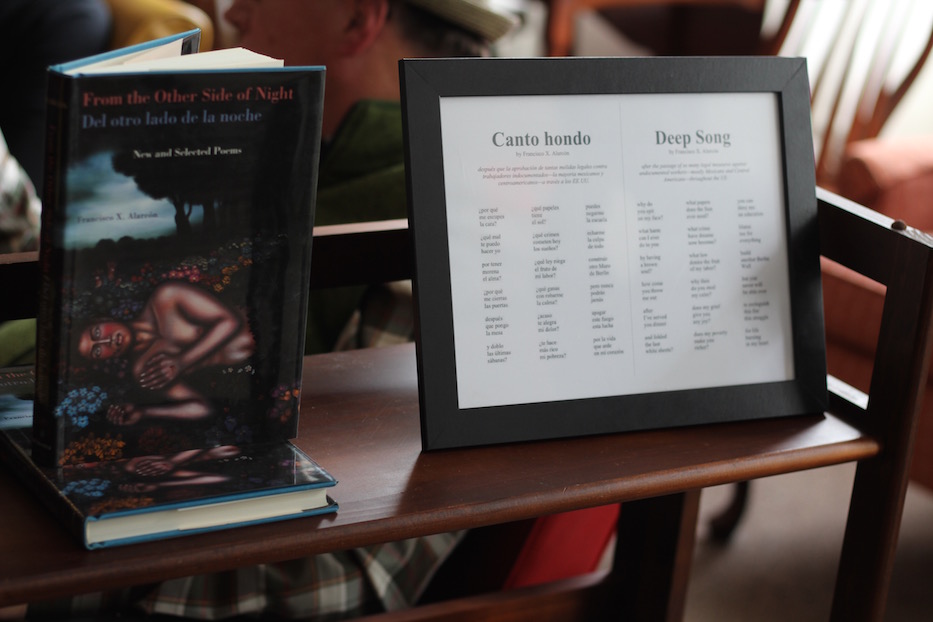 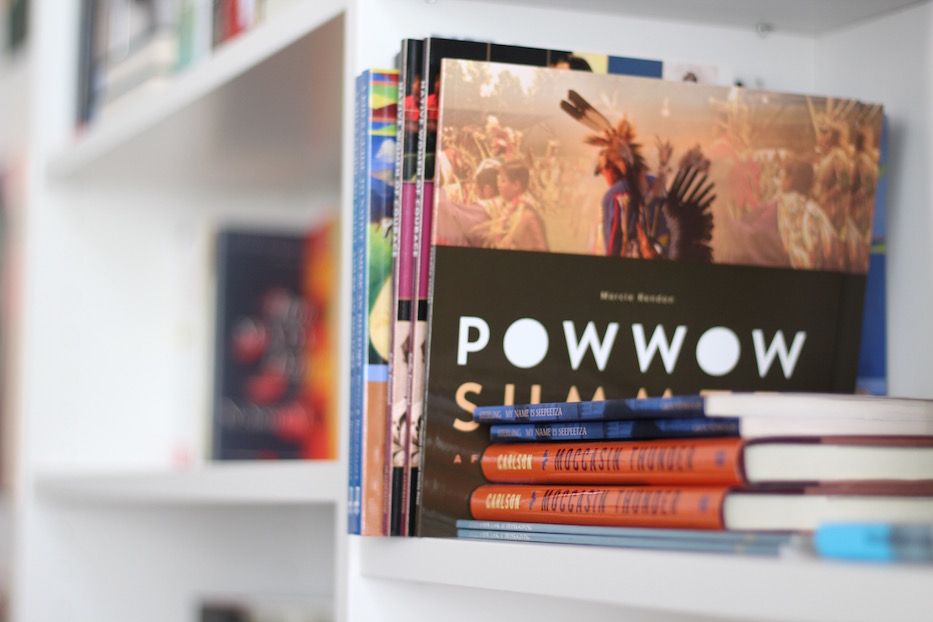 Working closely with a series of neighborhood partners—they praised W.E.B. Management Team Chair Nadine Horton and Alder Evette Hamilton among others—the two secured a space beside St. Luke’s Episcopal Church, which is owned by the St. Luke’s Development Corporation (SDLC). While the building they occupy will ultimately come down for mixed-use development, there’s not yet a timeline for demolition, and they’ve made it their home.

“If we serve the community well and it’s reflective, then maybe we’ll be be written into the new design of this place,” Williams said. (SDLC did not respond to request for comment on a potential timeline).

As the space opens this month, it bears little resemblance to the crowded room Music Haven once used for practices. Williams and Anderson have stocked the shelves with books meant to delight, inspire and educate students and teachers, from graphic novels on the civil rights movement to brightly illustrated texts on queer people of color, to educational manuals like A People’s Curriculum for the Earth. While many of their selections focus on literature for children and young adults, shelves also boast poetry and fiction by authors of color, with a collection the two plan to grow in the coming months. 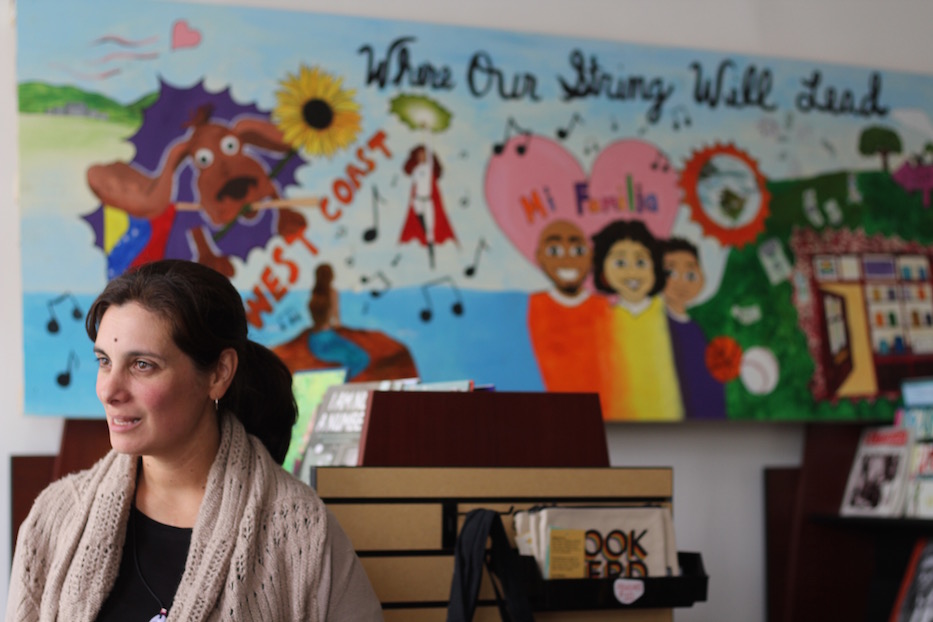 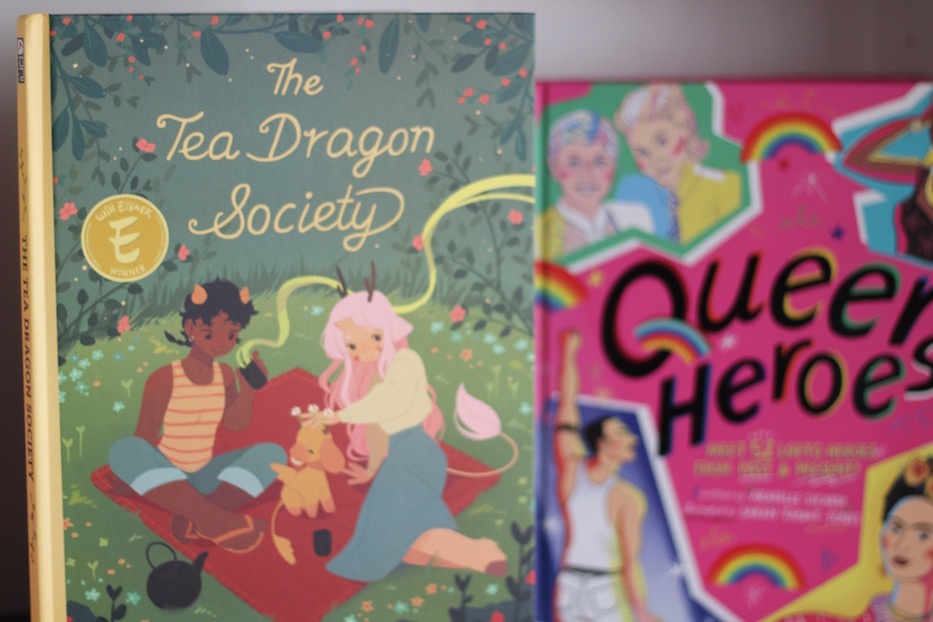 That expansion is meant to be cumulative, Anderson said. Even before the Whalley Avenue spot was open, the two partnered with GLSEN’s Rainbow Libraries Community Reads Project to hold a pop-up at New Haven Pride Month celebrations in September. In advance of Indigenous Peoples’ Day, they worked closely with the Akomawt Educational Initiative to develop a list of books by indigenous authors “around this theme of teaching the truth about U.S. history, and the history that doesn’t always get taught in schools.”

“There are some books that we think are really important to make available, that maybe aren’t as readily accessible in other bookstores,” Anderson said. “And that includes the collection of books that we sort of are featuring now … really feeling like that’s a part of what should be essential reading for everyone.”

They’ve also made it cozy, with the hope that readers will come and stay for a while, whether they buy books or not. Poetry and artwork fill the the walls and sit in frames atop shelves, with an eye-catching pride flag in one corner and a mural and stack of books by local author Genese Clark in another. Plush couches, seats, and rocking chairs with pillows form a reading circle in the center of the room. On sunny days, the rocking chairs make it outside. 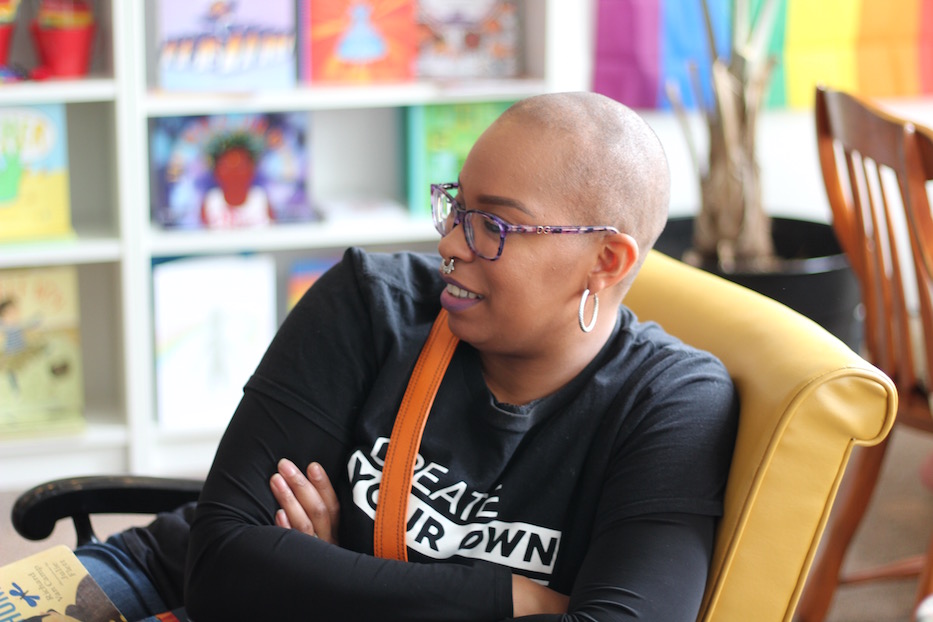 They have a growing list of local collaborators, including veteran teacher Waltrina Mullins, who has been at Davis Street School for decades, New Haven Public School Advocates member Sarah Miller, Clark and others. Anderson said they are excited to work with schools to create reading lists and teaching materials that reflect the community, and move away from revisionist and overwhelmingly white lens on history.

Currently, People Get Ready is slated to be open on Sunday afternoons, with additional hours for events that pop up throughout the month. For Anderson and Williams, starting with that schedule made sense, because it’s the one day of the week when all five library branches are closed.

But they also have a rotating door of events that will take place on full weekends and during the week. In November, Elm City Lit Fest Founder and Organizer IfeMichelle Gardin will be moving her book club to the space to discuss Ta-Nehisi Coates’ new novel The Water Dancer, which Coates himself is also discussing in New Haven on Nov. 20.

In December and January, Williams and Anderson plan to hold a series of workshops on “People Get Ready: To Teach Black Lives and Radical Love,” focusing in on books by women of color. And in March of next year—just before National Poetry Month—they are bringing in books of poetry that cross cultures, time periods, and languages.

“We are really excited to work with community members to get the books that they want into the space, and available for purchase but also just for exploration while they’re here,” Anderson said. “We’ve kind of used the word ‘bookspace’ … it’s like a cross between an independent bookstore and a reading room.”