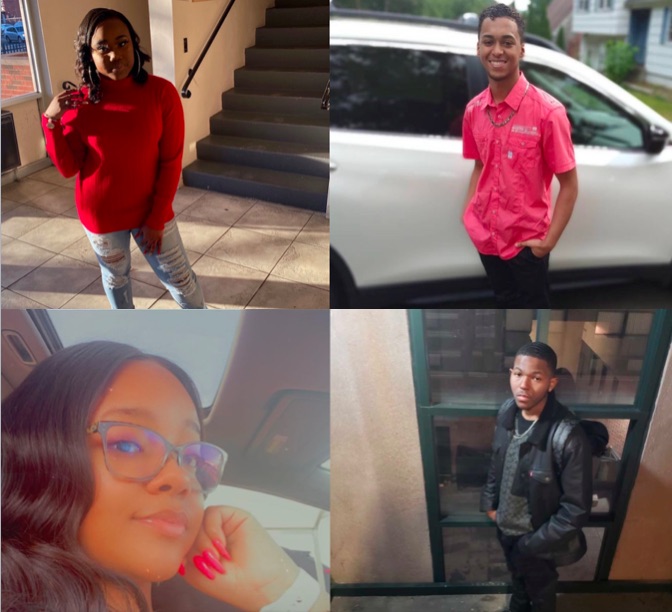 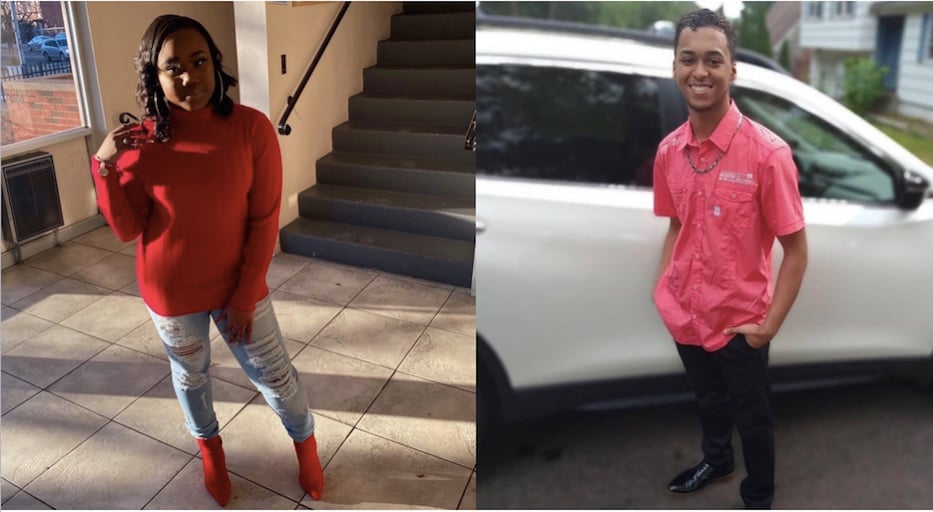 Nadia Gaskins remembers walking into her shift at Stop & Shop and feeling like the world was upside down. By the registers, a line of customers went so far back it spilled into the aisles. Items were stacked on the checkout counter in a never ending stream of produce, toilet paper, and canned goods. Customers argued with her. She had hours to go before she got home, where a mountain of homework waited.

A senior at Cooperative Arts & Humanities High School, Gaskins is one of the many New Haven Public Schools students who is juggling classwork, homework, college decisions and a part-time job this year as schools return to hybrid learning. Fifteen months into the pandemic, several are looking at where the last year has gone—and what work still lies ahead of them as they navigate a new normal.

Four of them, across three different schools, spoke to the Arts Paper for this story.

“It's a stressful environment,” Gaskins said in a recent phone call. “It’s hard trying to put my personal issue to the side when going to work, because I know when I leave work, I’m still going to have to face those issues.”

That stress has been building for over a year. When classes moved online last March, teachers and students (including this reporter) did not realize it was the last time they’d see the inside of a classroom for over a year. As Covid-19 cases rose—and with them, unemployment, citywide gun violence, and food insecurity—students trudged through a semester online. For some, the shift was overwhelming. A year later, it still is.

Kelvin Hernandez is a senior at James Hillhouse High School. Like Gaskins, he said that this year has been a struggle to keep up with classes. Monday through Friday, he wakes up at 7 a.m. to join his first period classes by 8 a.m. Most days he also leaves them early, to start a 2 to 10 p.m. shift at a McDonald’s in New Haven. On Wednesday and Sunday afternoons, he cleans and babysits for the other members of his family.

As the pandemic raged, he watched his family’s financial situation grow tighter and looked for ways to help. Around him, he saw a spike in unemployment and food insecurity, which has exploded across New Haven and across the country. When he’s not at work, in school, or attending church, he visits local food pantries for his mom and cooks for his family. Outside of school, he is also helping several friends with their English skills.

“I barely have freedom,” he said. “The only thing I do with my life now is go to work from home, and come home from work.”

His classmate Janae Hyatt has also struggled this year. At the beginning of the pandemic, Hyatt wanted to return to school. She said that learning in person is much easier for her—logging onto a computer isn’t the way her brain works. At home, she had trouble focusing on classes. In the midst of the pandemic, personal and academic boundary-setting became a constant struggle for her. She ultimately had to “cut a lot of people out of my life.”

“This year has honestly been stressful,” she said. “My hopes and expectations for this year was to better myself as a person mentally and physically, but this year kind [of] broke me down. The quarantine messed up my mind a little, especially with school.”

This year, Hyatt was able to excel in her classes with a sharper focus on school. Each day, she wakes up around 8 a.m., and is in school until 2:30 p.m. A few times a week, she also works the afternoon and evening shifts at a part-time job, which she hopes will help pay for college tuition. It’s a constant balancing act: she also runs errands for her mom, helps out around the house and completes her homework before she heads to bed.

That hard work paid off, she said: of 13 colleges to which she applied, she was accepted into 11. She declined to comment on where she will be in the fall.

Other students have found the year unexpected, but manageable. Clifford White—or as he is more affectionately known around school, C.J.—is a junior at Achievement First Amistad High School. While some students struggled with the remote pivot, his grades improved—so much that he referred to himself as “a scholar and a teenager” multiple times in a single phone call.

When in-person classes resumed this month, he chose to finish the year virtually. He’s in the process of looking for a job that he can hold during after school and weekend hours.

Part of what works for White is the at-home learning environment that he created, he said. He’s found that listening to music helps him concentrate, and often cranks out a steady mix to stay focused. When he’s not working, he talks to his friends through FaceTime. More recently, they’ve started to see each other in person with proper safety precautions in place.

While occasionally “I just feel as though I’ve been engorged into a twilight zone” during the pandemic, he’s found that a sharp focus on school has helped him get through.

For Gaskins—who has never lost that sharp focus—the opposite is true. The weight of the pandemic is heavy, particularly as it passes the year mark. She said that she often feels as though she has to prove herself to her colleagues, her classmates, her teachers, and members of her family. She picked up a part-time job last year, which she holds down in addition to her role as a member of The Perfect Blend’s youth leadership team.

After her classes end in the afternoon, she catches two city buses to the Stop & Shop on Amity Road to start her work day. Her shifts last between five and six hours, which is almost the same amount of time that she’s in school. When she gets home, she makes dinner, cleans the house, and does homework. Most nights, she’s in bed by 1 a.m. She wakes up at 7 a.m. and the does it all over again.

Last month, she joined several of her classmates in returning to school on a hybrid schedule.  In the fall, she is headed to Albertus Magnus College. While the shift marks a return to the new normal, she said she is mentally, emotionally, and physically drained.

“It's hard to find a balance between self care and getting things done,” she said. “I just don’t have time to do the things that I love anymore.”

Jamiah Green is a senior at Cooperative Arts & Humanities High School and an alum of the Youth Arts Journalism Initiative. Read more of her writing here.