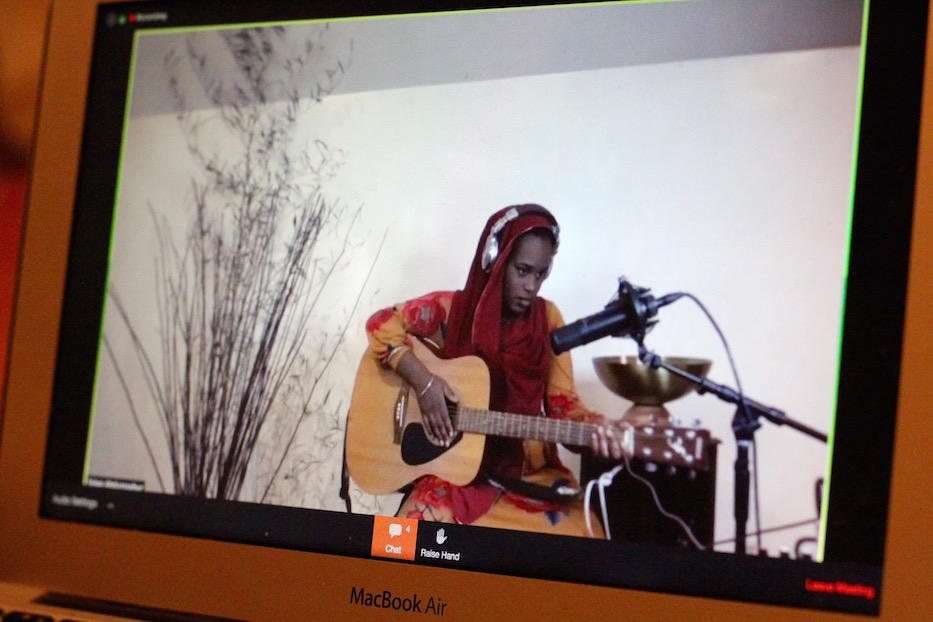 Salwa Abdussabur picked up a guitar and began to strum. To their left sat a small bowl of fruit, an Iftar date peeking out from the top. At their right was a dying computer. They paused, and let out something between a giggle and a laugh. A new song, "One," sat on the tip of their tongue.

“It makes me feel weird that it’s just the silence and it’s just me,” they said.

Saturday night, Abdussabur brought a candid, emotional and jammy set to At Home in New Haven, a virtual stage for many of the city’s artists, musicians, chefs, gardeners, bread alchemists and creatives. Performing midway through a weekend packed with music, they slowed it down, mixing originals with covers from Floetry to Harold Arlen to Radiohead.

The event was presented on Zoom, with help from At Home in New Haven organizer Paul Bryant Hudson. It marked—unexpectedly—Abdussabur’s first hometown performance since a move to Los Angeles last August. Amidst uncertainties surrounding COVID-19, the artist moved home earlier this year.

"Shout out to all the artists out there," they said from a makeshift New Haven venue, a Beaver Hills living room turned studio, set up with lights, tech equipment and a mic.

They joked with the audience, easing into the performance that hung between at-home experiment, album sneak peek, and jam session. Early in the evening, Abdussabur dipped into a cover of “Creep” that channeled not the white male angst of the original but a deep, at times mournful well of emotion.

As they crooned I'm a creep/I'm a weirdo/What the hell am I doing here?, there was a new depth to the song, less ax body spray and more Vincint Cannady. They put breath and spacing into the writing and suddenly it seemed that it was always supposed to be there. 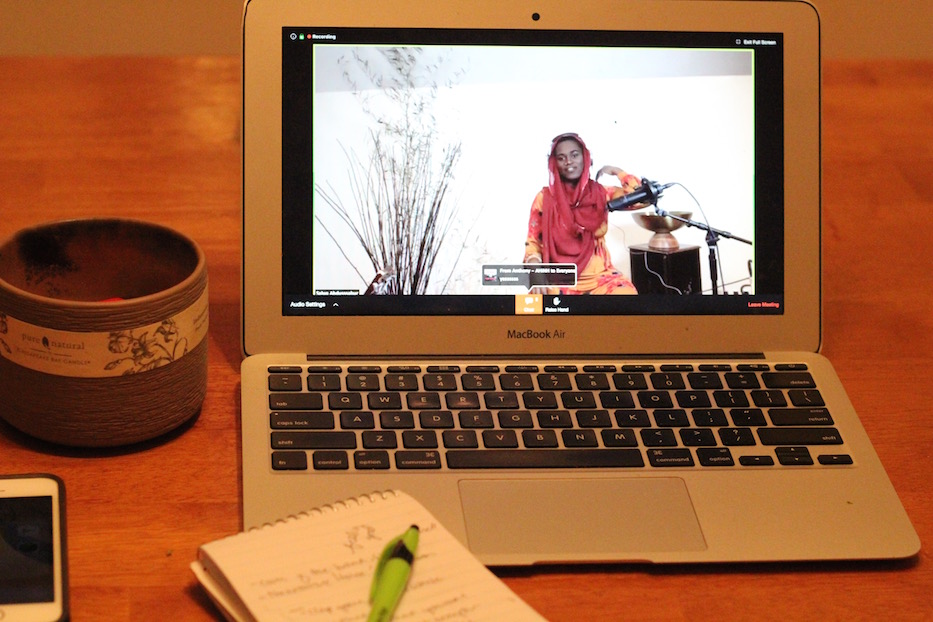 “When I learn a cover, I let it sit in my body,” they said. They sang to the rafters, letting vocals expand and contract in the room. Moments later, they flowed from their own work to a slowed, simmering cover of “Over The Rainbow” dedicated to their friends still in LA, where coronavirus has claimed over 1,500 lives and there have been over 32,000 documented positive cases.

Unlike performances that have pushed away the quiet, uncanny realities of quarantine, Abdussabur embraced them. Midway through the set—somewhere between “Creep” and their own new music—they admitted that it was a little strange to be performing for a camera, as attendees remained off screen.

They talked about their own sleepless nights, including a brand new "fresh infant baby" song written during a recent bout of insomnia. Later, they joked on social media that the platform meant they were joining another performance across the internet—that from musicians Jill Scott And Erykah Badu.

In one sense, that’s exactly what a jam session is supposed to be: a spot for and by artists, where it is safe and encouraged to whip out new and well-loved material. But it also represented a meeting of the raw and the literally sublime. As Abdussabur pointed out, the performance fell during the holy month of Ramadan, which marks the Prophet Muhammad’s first receipt of a verse from the Quran thousands of years ago.

After eating a meal before dawn (suhūr), Muslims abstain from food and water until sundown, in an effort to identify with the hungry, poor, sick and suffering in their midst. This year the holy month runs from April 23 through May 23 ending with Eid al-Fitr. If Ramadan is always a chance to reflect on the needs of those less fortunate, this year is exceptional: COVID-19 has taken away the gathering spaces so fundamental to breaking fast with one’s community.

Abdussabur, in the center of it, hadn’t eaten all day. As they performed they walked a line, reverent and funny at the same time. They joked about ASMR videos and then sang through the difficulty of body dysphoria. They encouraged viewers to try eating dates, with which they broke their fast at the end of the set (and with Muhammad broke his fast millennia ago). At the end, Hudson opened up the Zoom room, so that they could look at listeners who had joined from around the country to listen to the same show.

It felt like a family reunion. Friends shouted out other friends. There were congratulatory messages ready for Abdussabur's friend Sarah, who just finished her midwifery program in the midst of a pandemic. Those who didn't want to appear on camera sent fire and fist emojis in the chat function.

“There are so many privileges that we realize when we're all in this situation together,” they added. “I just really want to take that moment to honor those folks. Let's show up for our community like never before.”