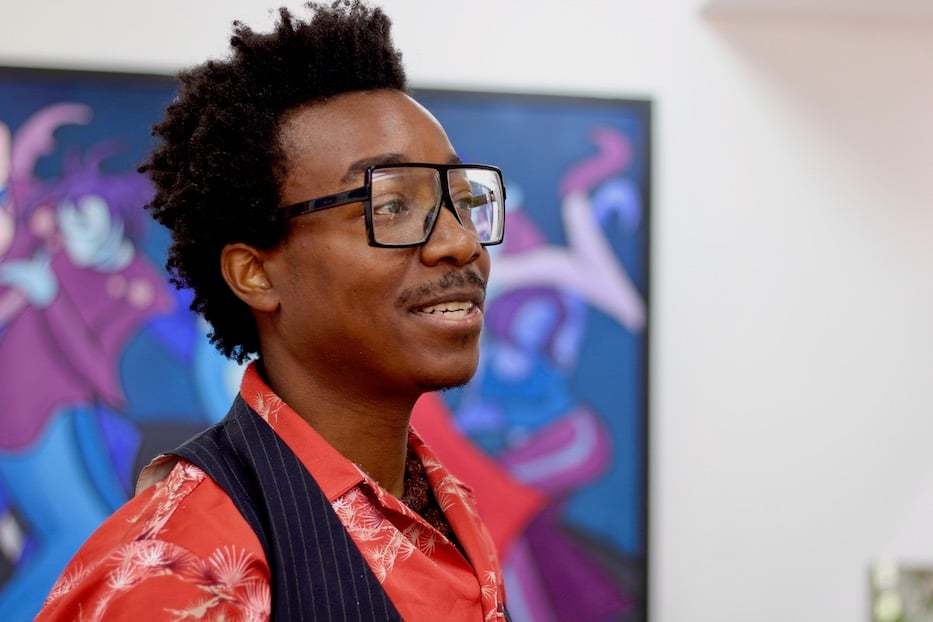 The easels now fit along two walls, clusters of brushes scattered around them and balanced on top. The succulents have been rehung from the ceiling, with more blooming in the back. The bubble machine is plugged back in and the cat has found a spot for birdwatching. And still, artist Kwadwo Adae is getting used to his new home.

For a month now, Adae has been settling up shop in at 840 State St., in the newest iteration of Adae Fine Art Academy. After almost 14 years on Chapel Street, the artist has moved into the East Rock space to provide greater access to his students, and visibility to the school. The property was previously home to Elcily Hair Salon, a Dominican hair salon that moved to West Haven.

“I’m super happy to be in this neighborhood,” he said. “The neighborhood, all of my neighbors, have been very welcoming.” 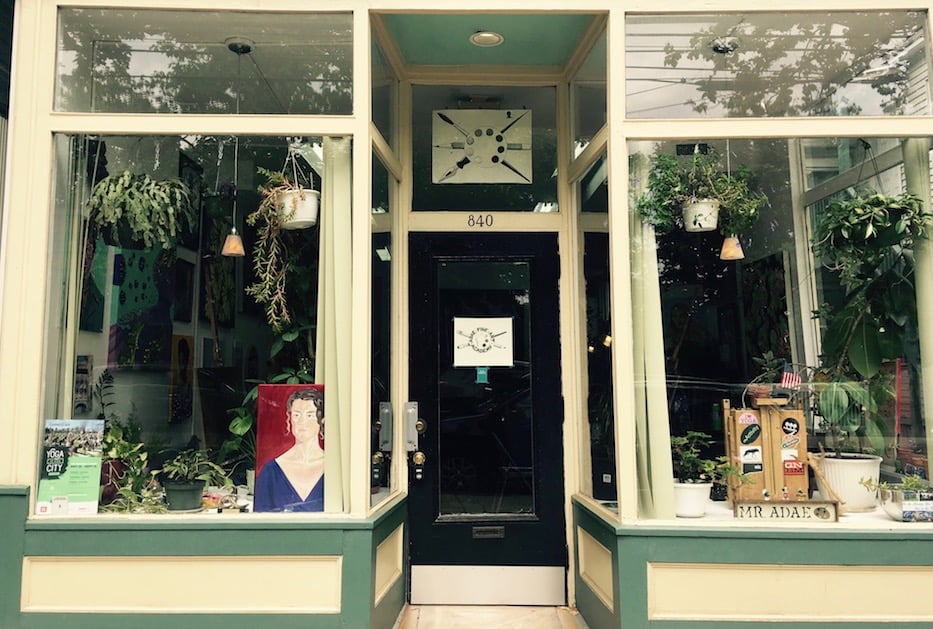 Adae’s search for a new location began several months ago, when landlord Pike International informed him they would be kicking him out of his second-floor space at 817 Chapel St. to build luxury apartments in the building. He was sad to leave: the artist opened the second-floor walkup in October 2005 as his first professional studio space in New Haven.

It was, he said, a declaration that he was staying in the city: after studying at New York University and commuting between New Haven and New York City, he said he realized that teaching or showing in New York might not be tenable. In over a decade since, he’s become close with his neighbors in the Ninth Square neighborhood, including newer tenants Artist & Craftsman and longtime business owners Carol Orr of EBM Vintage and Civvies and Gabi Merayo and Nebya Shewaye of B Natural Cafe.

While his lease did not technically end until this December, he started to look for properties in the area earlier this year. In March, he spotted a rental sign on State Street on his way home. He recalled being so excited to see the space that he parked his car, and then accidentally locked his keys inside with the ignition running. But once he was inside with a landlord, he said, he had a feeling that it was meant to be. 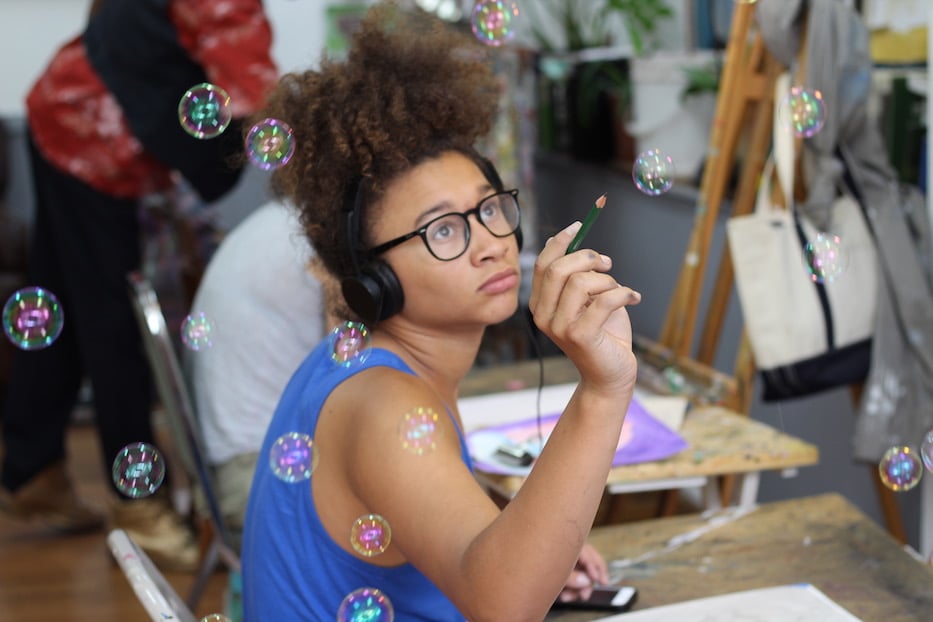 He put a deposit on the space, which is approximately 1,000 square feet, the next day. Before moving in, he hired contractors to tear out a wall in the back room, as well as a partition where waxing used to take place. Then he started hauling carloads of equipment and supplies. To his delight, his plants all made the move without dying.

“People have been saying that the energy is good,” he said. “I miss the Ninth Square, but I have my bike and I can ride over there and say hello.”

Wednesday, students filled the downstairs level of the academy for a weeklong intensive, during which Adae both teaches and encourages students to paint and draw spontaneously, filling their canvases, sketchbooks and sheets of paper with whatever comes to them. As they worked, a playlist cycled softly through Janelle Monae, Brian Eno and a little bit of Monster Rally. 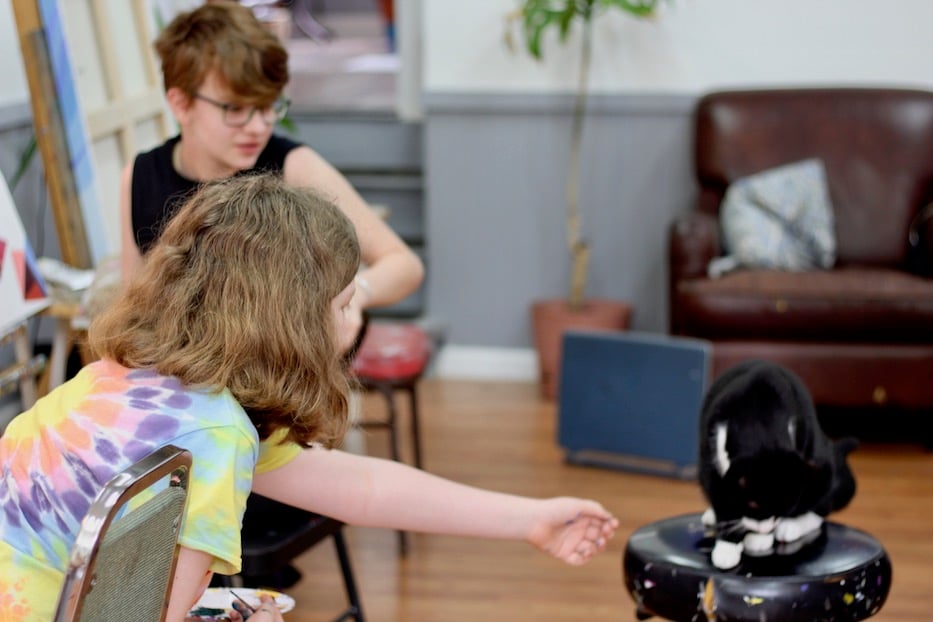 Jinx, Adae’s 4-year-old black-and-white cat, padded around the space, holding court on a vacant stool before scoping out a spot to watch birds upstairs (“he gives high-fives,” said Adae, watching as he lifted his paw to student Arthur Aiken). While he doesn't always make an appearance—Adae removes him from the space when students have cat allergies—Adae said he's already become something of a fixture on State Street.

Adae bounced around, wiping paint brushes, flipping on the bubble machine, leaning in to study the paintings that bloomed across the room. When Edith Roundy paused in the middle of painting swirling green circles, he headed over to her canvas to see what he could do to help.

The move comes at a time of transition for the artist, who has had difficulty securing public space in the city, despite local mural projects that have grown from downtown and East Rock businesses to projects on the Farmington Canal Heritage Trail (read about those at the bottom of this article). Earlier this year, he lost the Church Street wall on which a major mural honoring Edward Bouchet was planned, returning $25,000 in funding to the Could Be Fund. He floated two proposals for other locations that did not go through. 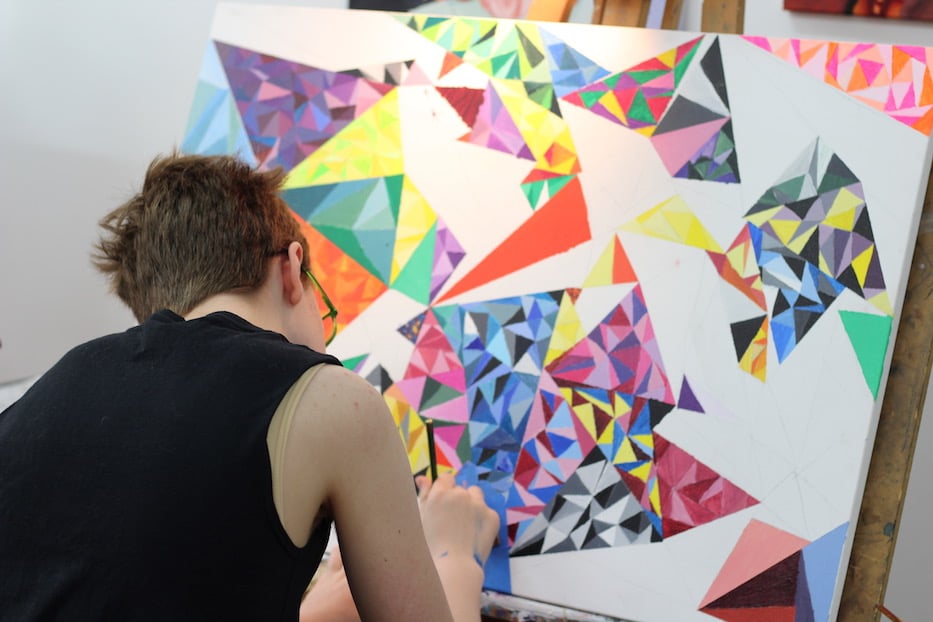 And yet, he said, “maybe a lot of things had to not happen for some things to happen.” He is planning two international mural projects, to be completed in Ghana and Nepal in 2020 and 2021. He is also working on a proposal for a Huntington Street mural, intended to be done as a community project with youth who live in the neighborhood. He has not yet secured funding for the project, but said he is hopeful.

In a design, three sparrows fly against a yellow backdrop, flapping their wings. He said it is a direct response to the gun violence that the neighborhood has been experiencing. If he is able to get funding—he estimates that the project would run about $6,000—he said he would love to do the mural as a community project this year. 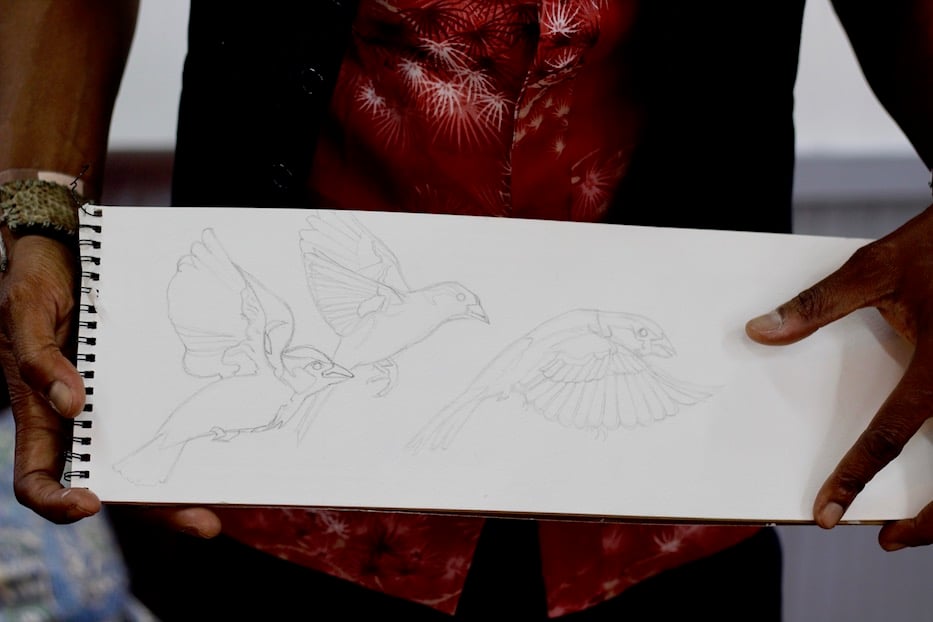 For more on summer and year-round classes at the Adae Fine Art Academy, visit its website.