At Dorothy Awards, Heels Click And Hands Clap For The Pride Center 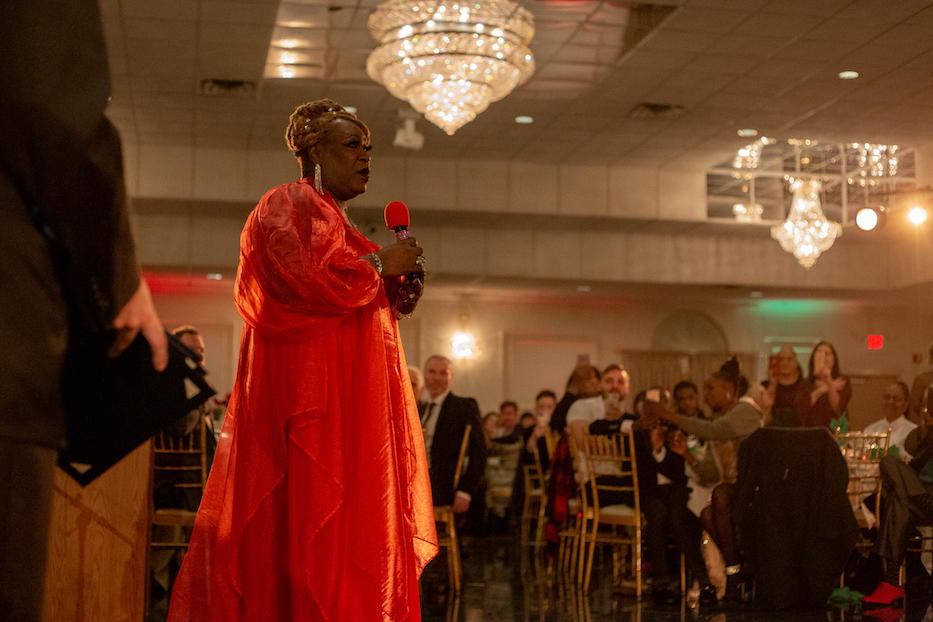 A drag queen dressed up as the yellow brick road. More than one pair of sparkling red slippers made an appearance. The dance floor was rarely empty. Throughout the night, toasts flowed to an organization—and a community—that has grown exponentially in the last three years.

There were no empty tables at the 17th Annual Dorothy Awards, held Saturday night at the Fantasia Banquet Facility in North Haven. Three hundred and twenty-five people showed up to the largest LGBTQ+ awards ceremony in Connecticut, a fundraiser and fête for the New Haven Pride Center that raised close to $50,000 by the end of the night.

The funds will provide much-needed support for Pride Center Director Patrick Dunn, as well as funding for eight new full- and part-time employees that the center recently hired. On Tuesday, Dunn said he is hoping to break $50,000 with a final appeal as donations to the event stay open.

“This is not just a room full of rich people giving money to a charity,” he said Saturday, spending most of the night as his drag alter ego Kiki Lucia. “This is a community coming together to celebrate what makes us amazing, which is that we have incredible people that work tirelessly everyday to give back and make a difference.” 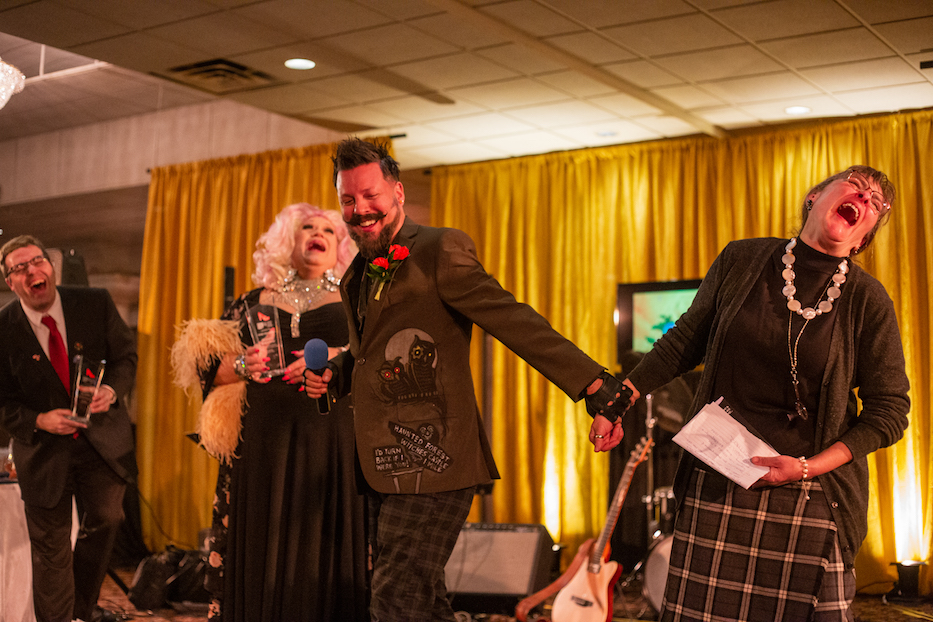 The center's “rising star” award went to Mel Cordner, youth activities and GSA coordinator at True Colors in Norwalk. A lifetime achievement award went to Joe Grabarz. Grabarz has spent his career as an LGBTQ+ rights advocate, including as Connecticut’s first state legislator to publicly come out as gay.

But the unspoken guest of honor was both everywhere and nowhere in particular. It was all guests talked about. It was the Pride Center itself.

Since Dunn became the center’s first paid director in August 2017, membership has risen. So have fundraising efforts. There are more discussions about how to reach out to the queer community—and how the community can find the center. Each week, the center offers a number of support and affinity groups; new events include dry and sober happy hour events, LGBTQ women’s socials, a growing LGBTQ Youth Task Force, and new programming for members of the queer Latinx community.

Saturday, attendees and awardees alike praised the NHPC as they pieced together the many stories of queer life in Connecticut.

Nadine Ruff , a longtime LGBTQ+ advocate and founder of the Divinely You Transgender Support Group at A Place to Nourish Your Health (formerly AIDS Project New Haven), used her platform to chart what progress remains for trans women of color.

"Hire them at your job and your organizations and maybe that’s how we can do less sex work,” she urged. “Bring them into your fold. We don’t wanna be just a token. I don’t mind doing the work but I don’t need you to call me for every event, when there’s others of us out here. When you see them, raise them up!”

The Human Rights Campaign identifies sex work as one underground economies that transgender people, especially those of color, find themselves in due to systemic barriers to housing and employment. Ruff included in her speech recognition that she made her career despite barriers including abuse and discrimination.

“I decided to keep moving forward, because I wanted to inspire someone else that’s like me,” she said. 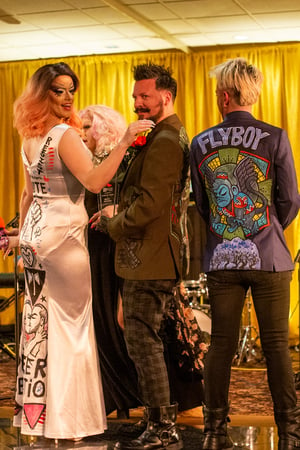 In addition to Divinely You, she also founded Aging Positively, an evidence-based intervention for people over the age of 50 living with HIV. She said that she is the fourth transgender woman of color in the U.S. with her Master’s Degree.

With calls for progress also came calls for Pride. Kachmar and Mestre, both honored for their work on Greater Bridgeport Pride and SAMESEX celebrations, met when Mestre wanted to change the way his paintings were seen and exhibited.

As a Puerto Rican portrait artist, he was often asked to join Latino gallery collections. He started working to find artists and galleries who would come onto what became SAMESEX, an exhibition featuring queer artists and art.

Kachmar’s City Lights gallery signed on and was packed with visitors from the inaugural year. Mestre told the story of outgrowing the area in subsequent years —which meant the need to spill out into a block party, then later a parade and performances. It wasn’t the outcome Mestre had imagined in 2010 when he was looking for a new way to share his art.

“I never looked at myself as a leader,” he said. “I just started to recognize, if I’m not the one doing it, it’s not happening.”

He credited Lucia for helping connect the communities between New Haven and Bridgeport, and recommending artists and performers for Pride. The cities may be less than 20 miles apart, he explained, but they are deeply disparate in the acceptance of their queer communities. He’s worked to bridge that gap through visible events like pride parades.

“Bridgeport Pride has definitely helped create an awareness of acceptance in the city,” he said. “We’ve gotten to the point where we can raise the rainbow flag in city hall and that was something that never happened before.”

Awardees also addressed their work in reproductive justice, policy work, including the Connecticut Parentage Act, and the diversity of the LGBTQ+ community that convenes at the NHPC. 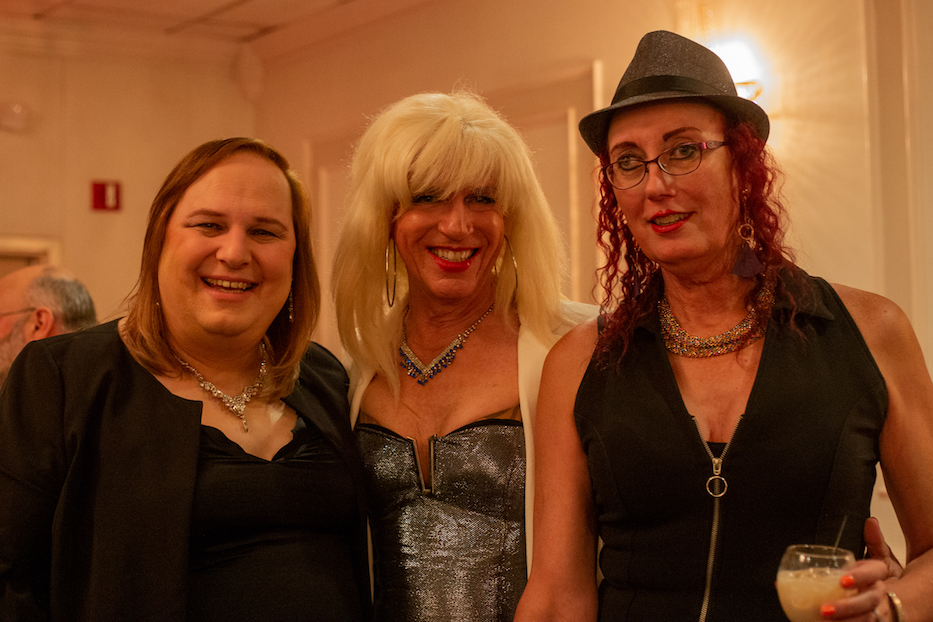 Juancarlos Soto, the newly appointed Director of Case Management & Support Services, celebrated the center’s ability to go beyond “a band-aid solution.” With positions like his, he suggested that the center is now poised to direct community members toward the resources that they need.

At the end of the night, Lucia recognized that for some, accepting an award and taking the mic may not have been comfortable.

“I would actually say none of them are thinking about recognition when they do this work,” she said. “It’s about how they want to make their part of the world better.”

The Pride center opened in 1996, after a multi-year effort at domestic partnership legislation led John D. Allen to conduct a needs assessment for the LGBTQ community as part of his master’s thesis. He found that a LGBTQ+ population did exist in the New Haven region, but lacked a unifying space for building community. For much of the center’s history, its work was led by volunteers and limited to support groups.

“What we’re experiencing is really what was envisioned way back when,” he said. “To have a queer space ... where anyone could come and start a group, be a part of a group, feel support and love, and be so visible.” 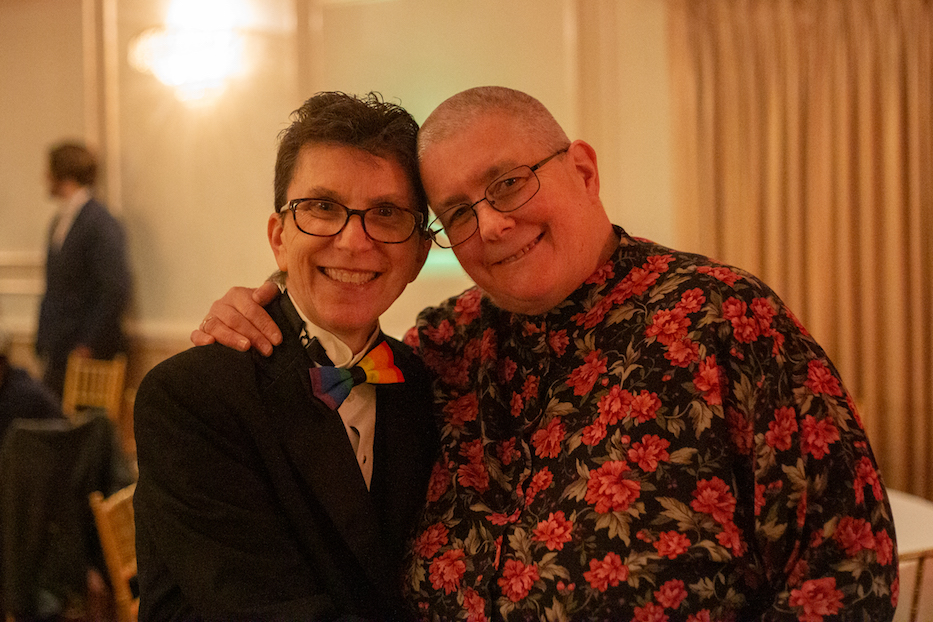 Recently, the center hired three program directors with a fourth on the way to create programming and provide support for the transgender, Latinx, women, and youth LGBTQ+ populations coming through the center.

"And we didn’t just snap our fingers and get to where things are right now,” said Board Member Lindsey Pembroke, emphasizing the role of trust in growing the community, “Over the last three years, it’s been demonstrating what the Pride Center can provide, providing it, getting people excited, rinse and repeat.”

As the night wrapped up, Suzanne Sheridan and the One Night Stand Band brought couples out to the dance floor. One attendant named Frankie took to the dance floor with her partner, as she had in years before, “because it gives us a place to be as we are.”

Couples in drag and couples in dresses went for one last drink, old friends recalled histories and new friends traded numbers. The room buzzed for a few more songs for a community honoring exactly who they are.

To find out more about the New Haven Pride Center, visit its website.