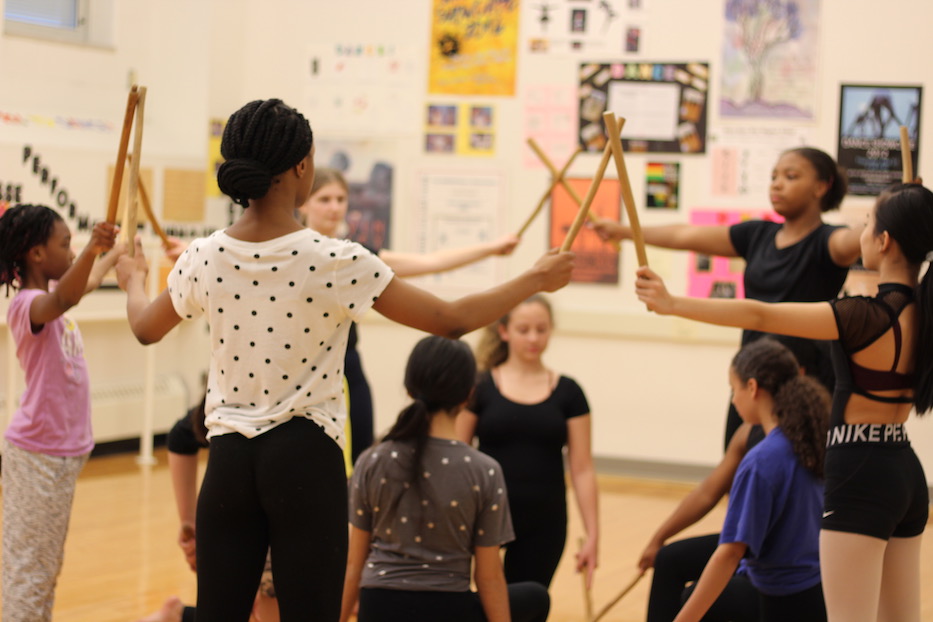 Mestre Efraim Silva leaned into his atabaque and hammered a rhythm straight from his chest. Palms hit the taut drum skin, sending sound bouncing from wall to wall. From the other side of the room, a knot of bodies spread into rows. Arms lifted toward the ceiling. Legs lunged and stretched. Feet slapped the ground, then headed all at once toward the center of the room.

The group is part of Girls In Motion, an after-school collaboration between Betsy Ross Arts Magnet School and Connecticut Capoeira and Dance that unfolds each fall in the school’s upstairs dance studio. Now in its fourth year, the program teaches the Brazilian martial art of capoeira to students studying dance, as a way to help them expand their repertoire while learning the history of the form. It is supported by the Mayor’s Cultural Vitality Grant Program and the New Haven Center for Performing Arts.

In addition to Silva, it is run by dancer and Capoeirista Lindsey Bauer, co-founder of the Elm City Dance Collective and dance teacher at Betsy Ross and Cooperative Arts & Humanities High School. The school also runs a biweekly Boys In Motion Group on Tuesdays and Thursdays. Both will perform Oct. 25 at 5 p.m. in the school’s main auditorium.

“When you do this, you get to appreciate how we are all connected through our different cultures,” said Silva, who runs Connecticut Capoeira and Dance. “No matter where we’ve come from, we’re all one. And this is a way to teach them about a piece of Brazilian history and culture that they will never forget.”

Capoeira originated as a martial art in Brazil, among West Africans who were kidnapped, captured, and transported against their will by Portuguese colonizers. During the sixteenth century, it was disguised as a form of dance, where its potential for violence and uprising was masked in movement. Like Afro-Caribbean bomba, it became a pathway to organizing, resistance, and rebellion that survived centuries of human bondage.

Its tools are simple—handheld sticks or grimas that double as percussion instruments, a long drum called an atabaque, and bodies that come together in propulsive, coordinated movement. As it has spread through the Afro-Brazilian diaspora, its legacy lives on as a form of both resistance and recreation. After coming to the U.S. several years ago, Silva made it his mission to teach the form in Connecticut. 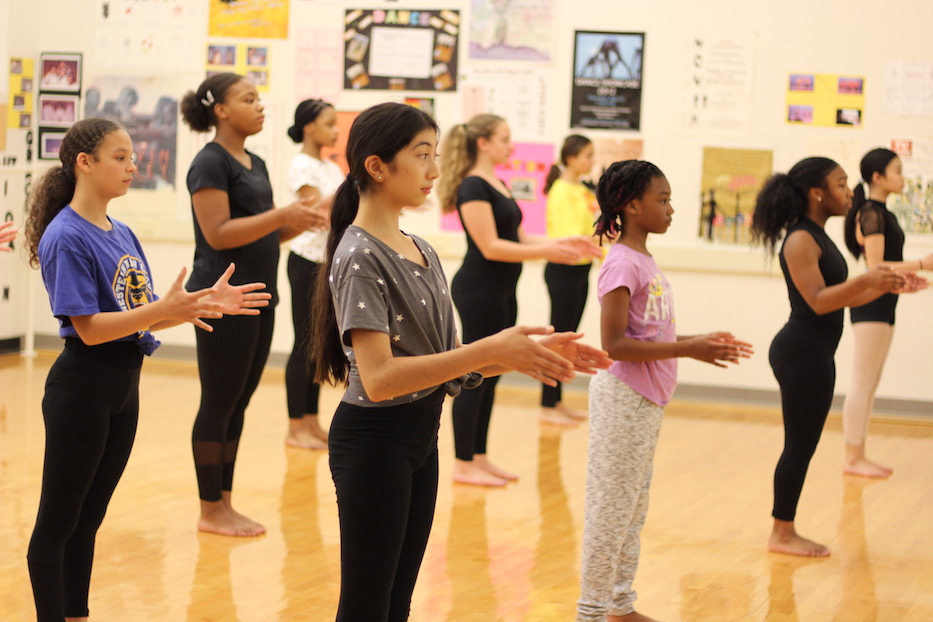 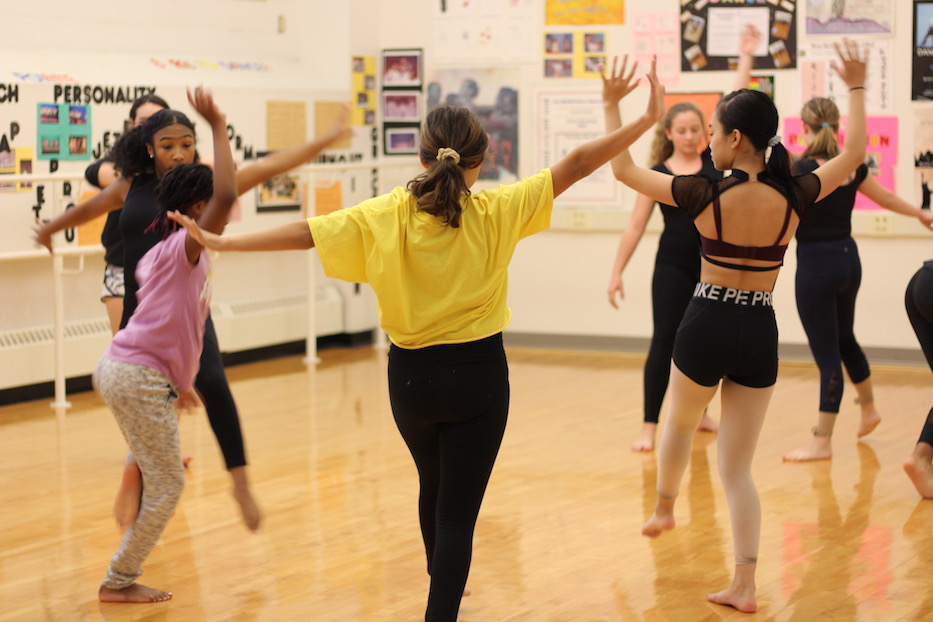 At a recent session, that history came to life just a little past 3 p.m., as students from the Girls In Motion group filled the studio. As feet padded across the floor, Bauer urged the class to ease into their afternoon with a series of improvisations. Students hesitated for a moment, then tumbled forward apart and then in pairs. Eyes locked as partners crossed the room, drawing movement from each other. From where she was standing, watched all sides of the room.

“Take a risk,” she said. “Think about the choices you’re making.”

There was a beat as students rearranged themselves.

“I want you to try and feel the ensemble,” she continued.

So they did. With Bauer, they experimented, molding their bodies into tumbleweeds and spinning tops, holding and turning imaginary boxes, stepping into formation and moving their arms and legs so cleanly it sliced the air around them. 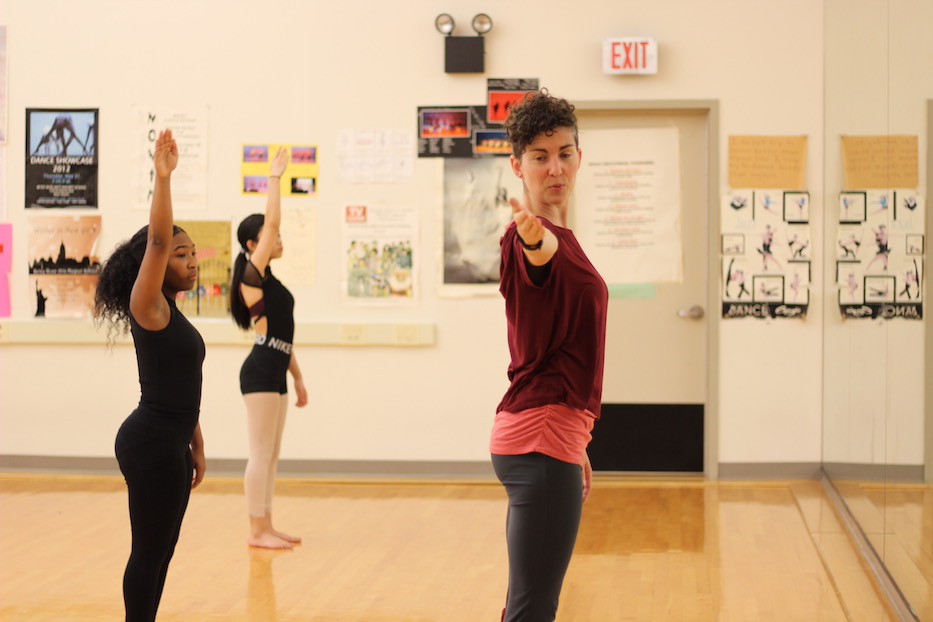 Then Silva started in on a drumbeat. As students worked through their paces, the rhythm connected them to 500 years of history a continent away. They made their way across the floor, singing out the style of call-and-response that capoeira is rooted in. They looked to their fellow dancers and kept moving.

“Okay, get your sticks!” Bauer called out gently, as a rush of students headed for a corner of the room where their sticks sat at the ready. To Silva’s drum, they moved back into lines, then began to shift from foot to foot,. The sticks made a sharp crack above their heads as they spun, then worked their way into interlocking circles to perform a traditional Maculelê. Their feet and sticks, pounding the floor in time with the percussion, did all the talking.

That’s part of the goal, said Silva. In addition to introducing students to a foreign culture through dance—which they may be less likely to forget than a history lesson—there’s nonverbal communication, social and emotional learning, and teamwork that’s taking place. During a water break, several of the students said that the program has been transformative for them as both young dancers and middle school students, building a skill set that yokes history and movement. 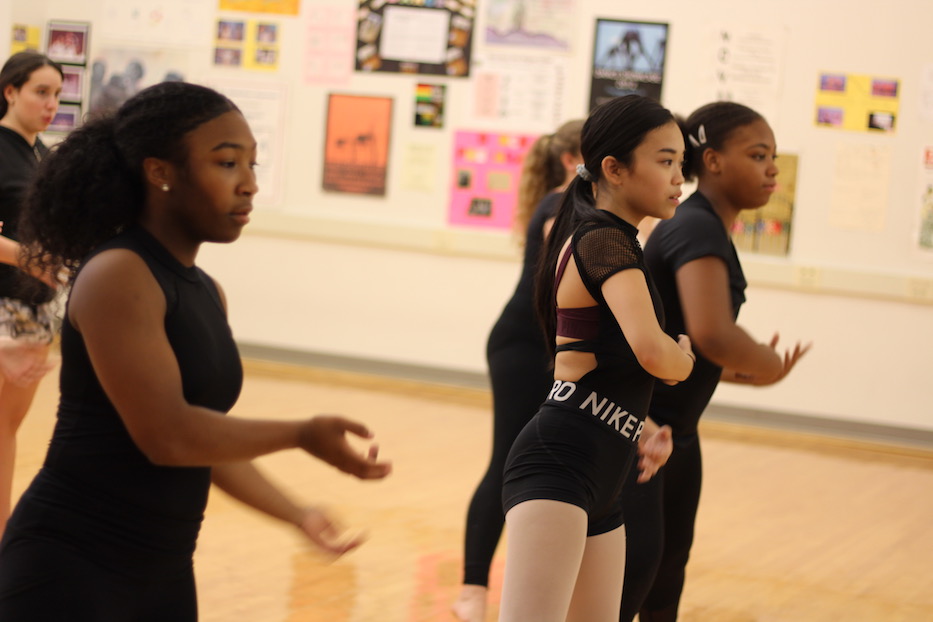 Eighth grader Ayla Wildiz praised the style as teaching her to “connect with my body,” something she’s struggled to do among the strict, technical requirements of ballet, contemporary dance and even choreographed hip-hop routines. As an aspiring professional ballerina and interior designer, she said she sees capoeira as helping her train physically for one career and learn about a foreign culture for another.

“I feel that this dance style helps me realize that not everything is to compete for, like, a solo part,” added Callie Shingler, an eighth grader at the school. “You have to work together to make a better team and to make it a great dance.”

“I like this style of dance because you get to be open and learn a new stye of dance without ,” chimed in Dyani Dolberry, who started seventh grade this fall. “I also like that we can just be aware of our surroundings and safer.”

“It’s just a way to express yourself,” said fellow dancer Jade Antrun. “Without having to use words."

To learn more about Boys In Motion or Girls In Motion or to attend the final performance this Friday at 5 p.m., contact the school here.