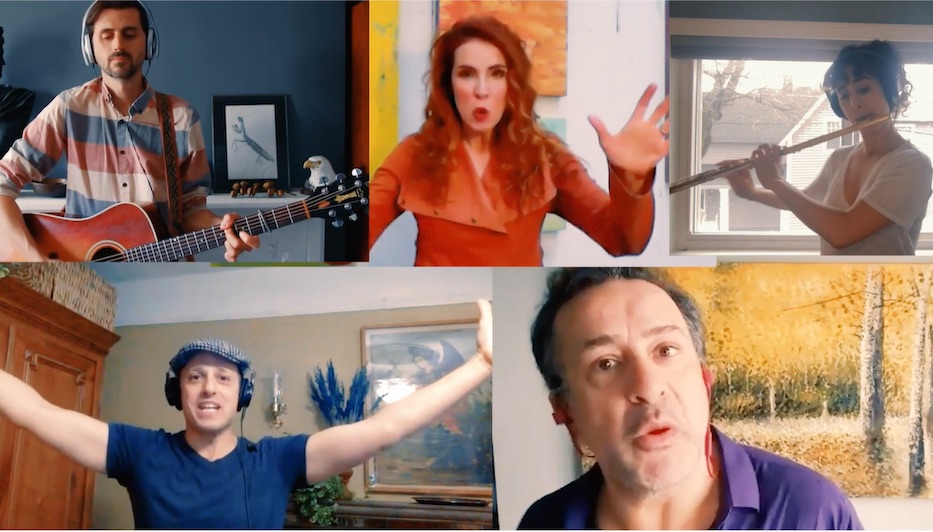 The declaration caused water to ripple. An ocean blue faded to a face resolute. An unseen steelpan accompanied the speaker. “I celebrate myself,” they announced.

The excerpt came from More or Less I Am, a multimedia performance piece from Compagnia de’ Colombari  inspired by Walt Whitman’s American epic “Song of Myself.” This and next month, it is part of the 25th annual International Festival of Arts & Ideas, which has gone entirely virtual due to COVID-19.

Excerpts will be presented weekly, in a multi-part performance streamed on Facebook Live and the festival's website. More information is available here.

It’s not the first time the company has come to the festival. Arts & Ideas presented Compagnia de’ Colombari’s Merchant of Venice in summer 2018, in the courtyard of the Yale Law School. The theatre company prides itself on the diversity of both its ensemble and its innovative performance venues, which have included the Venetian Ghetto and streets of Orvieto.

But it is the first time the company is coming to the festival over the internet. The work, which was initially performed in 2012 and again last year for the 200th anniversary of Whitman's birth, was conceived by Compagnia de’ Colombari Director Karin Coonrod in a different time. The company was initially scheduled to perform it for a live audience. COVID had other plans.

So the cast and crew pivoted. The group created an online, serialized adaptation of More or Less I Am. Four episodes will release in the span of five weeks. The first, titled “Journey,” was published on Friday The remaining three, entitled “The City,” “Nature + Democracy” and “Gratitude,” will reflect critical themes of Whitman’s work.

Just as the pandemic is a worldwide event, Coonrod has suggested that this performance’s reach will reflect Whitman’s desire for a shared human experience. The group is diverse in not only race, gender, and age, but also location. Members perform virtually—together, apart—from around the globe.

“The performance is typically an hour," Coonrod explained in an interview with Arts and Ideas Director of Programming Bobby Asher. "What we’ve done for this particular journey is take pieces, the pith of it, and expanded them into this format. We have people who’ve been involved in the past and people who will be involved in the future. We’re getting people from all around the globe to be able to participate in this.” 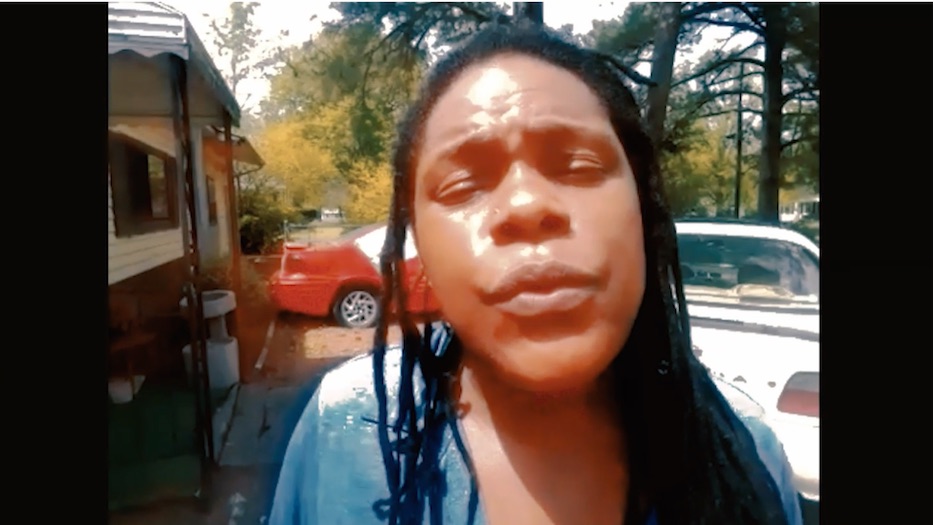 The performance’s recent release was a journey indeed. Poet Ayeje Feamster stared directly into the camera, uttering the words “I Celebrate Myself.” She was in the woods. She threw her head towards the sky, dreadlocks forming an arc in the air.

“I celebrate myself!,” she cried.

Her body moved to the steady beat of an invisible steelpan. She began to sing, hips swirling, and arms waving until a sheen of sweat glistened on her brow. “I celebrate myself!” A Whitmanian “yawp” cut through the clearing, free of pitch or chordal restraint. Her movements suddenly ceased.

Again, her piercing gaze seemed to stare beyond the screen. She began to whisper: “For what I shall assume, you shall assume, and for every atom belonging to me belongs to you.” She lowered her head, singing a descending riff, an ode to Whitman’s call for cosmic unification.

Suddenly, the screen burst into color. The scene was an office, then a library, then the beach. The steel drum continued its steady beat in earnest. A Jew’s harp joined in, then a guitar’s dark melody. A cello and violin were in harmony, employing slow connected bow strokes and little vibrato. 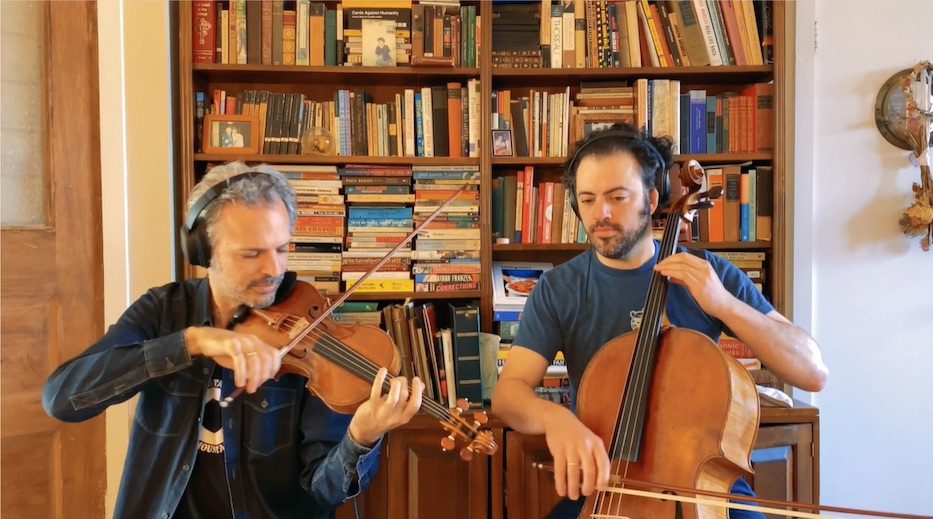 People began to speak: “I tramp a perpetual journey!” A flute tongued a stable pattern, quarter note, two eighth notes, and another quarter. It was momentum, the sound moving forward like a steady machine.

“My signs are a rain-proof coat, good shoes, and a staff cut from the woods!”

The flute’s song became complex, forming a countermelody. The strings moved in a chromatic fashion, and the cast’s chant grew more intense. It was a glorious release of energy. The cast was expanding in scope. Everyone was dancing. The music swelled to a thunderous crescendo. “I tramp a perpetual journey!” Silence. The only sound left was the tinkling of bells and the string’s sustained note.

“Now I wash the gum from your eyes!” Performer Frank Rodriguez began his monologue in a booming bass. The ensemble repeated him, a cacophony of sounds accompanied the tinkling of bells. The camera focused on Rodriguez. It grew quiet.

Rodriguez flashed the camera a triumphant grin. Like Feamster, he pointed a finger beyond the screen.

“Long have you timidly waded, holding a plank by the shore! Now I will you to be a bold swimmer, to jump off in the midst of the sea! Rise again, nod to me, shout, and laughingly dash with your hair!”

All performances are dedicated to the late Greg Trupiano.