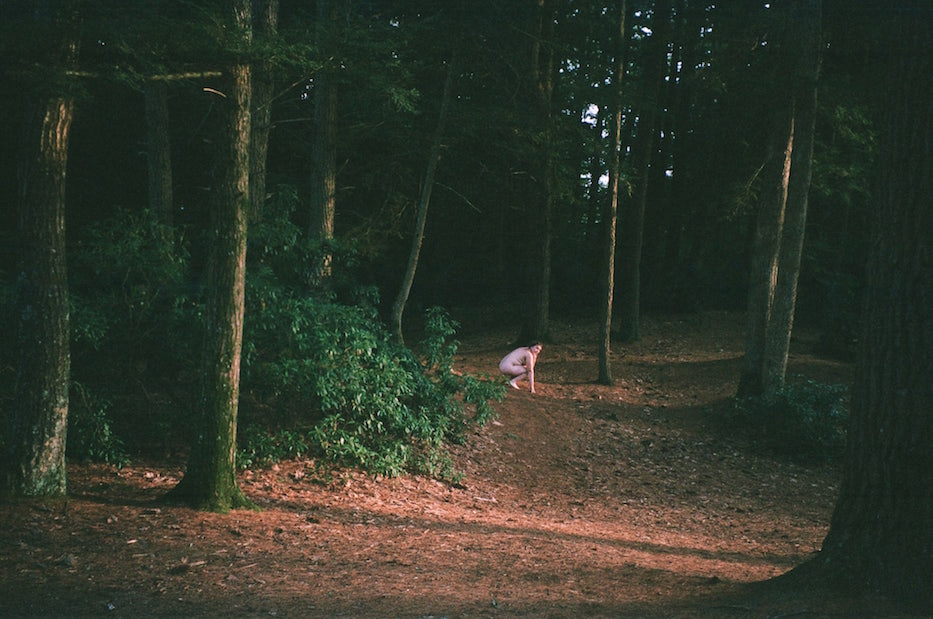 She photographs a still of the woods. Greens, tans, and browns are saturated, every shadow and highlight a play of light and dark. A naked woman hunches in the photo’s background with her back facing the camera. She turns her neck, stretching as if she wants to peer past the picture's frame—right into the eyes of the viewer.

Tara Connelly’s Ego Silva (2020) is one of thousands of pieces at Artspace New Haven’s 23rd annual City-Wide Open Studios (CWOS), which is running a hybrid of in-person and virtual studio visits through Oct. 30. This month, over 200 artists are participating in the festival digitally, while dozens more are offering private studio visits around the city and in Erector Square.

The move comes in a year where Artspace has had to innovate: it closed in early March due to the COVID-19 pandemic and built programs including The View From Here and Project Zoomie. It has since brought on new Executive Director Lisa Dent and reopened its Orange Street Gallery to the public for REVOLUTION ON TRIAL: May Day and The People’s Art, New Haven’s Black Panthers at 50, for which it also hosted a number of events online.

CWOS is Artspace’s largest undertaking in the virtual sphere so far. Viewers have access to hundreds of galleries, and have the chance to browse virtual exhibitions and viewing rooms. They can attend Zoom discussions with fellow creatives and talk about their work.

“While the pandemic brought with it obvious challenges for this year’s Open Studios, we’re thrilled we were able to bring together hundreds of artists to showcase their work, both online and through limited socially distanced studio visits,” said Dent earlier this month. “It’s been an especially challenging time for many artists, who’ve been unable to show, or sell, their work, and we’re proud to be able to provide this platform for them.” 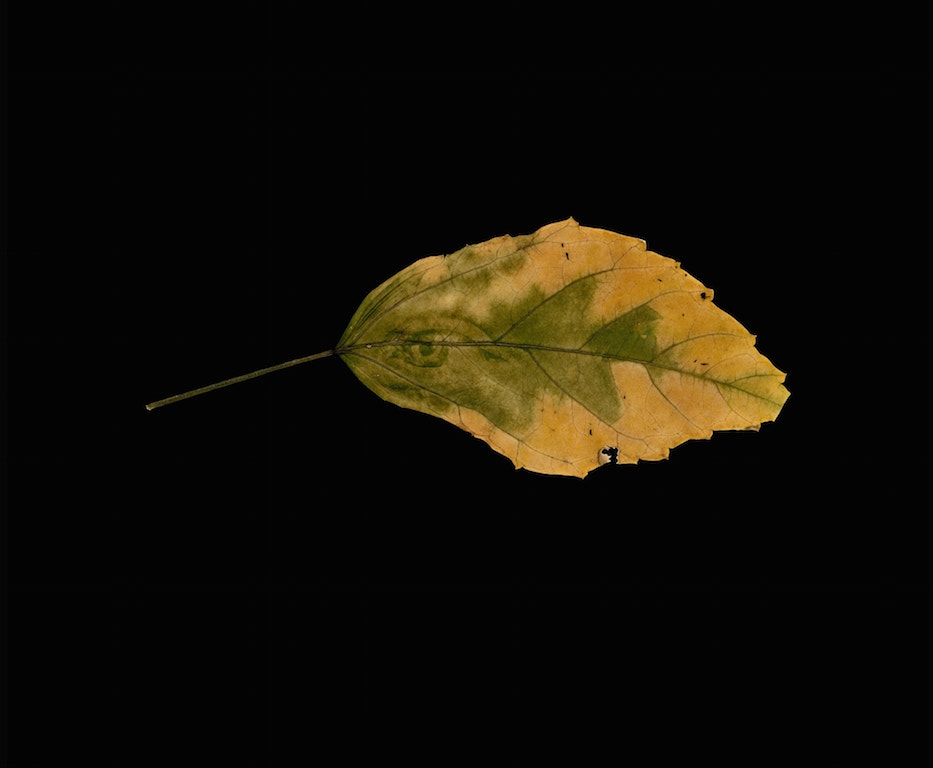 They’re dynamic views, shots taken from above. One artist films from her thighs to her feet. The other lets the camera drink in her whole form. Both give off a sense of autonomy, even through a screen.

For the artist Megan Bent, it seems clear that the body means movement. Through an aperture, she has captured and interrogated physical disability—namely, her own. In her piece Entanglement of Movement and Memories, she oscillates between continuous movement and stagnant pause.

Some stills in the virtual gallery show her walking with a mobility aid; others do not. In one video, the crunch of footsteps against leaves is accompanied by belabored breathing and bright sunlight. The frame begins to wobble—solitary, tentative steps.

This—a sense of disability and identity—also comes across in her chlorophyll print scans. In her 2019 Villainous Character, a curved spine runs from tip to stem on one leaf, a kind of reading of Scoliosis placed suddenly in nature. In another titled C-Spine Lordosis, a skeleton stretches its neck back, maw upturned toward the sky. In Marginal Erosions, dainty x-rayed fingers fan out and bend along a leaf’s venations.

Leaves are also a theme for Connelly, a New Haven based photographer who works primarily with 35mm film. In text that accompanies her viewing room, she writes that she finds inspiration in the work of Edward Weston, where the body becomes landscape.

"Juxtapositions of two types of natural forms in nuanced harmony scrutinize both their similarities and differences," she writes.

In Ego Rosa I (2020), leaves cover her naked body. The 35 mm film seems to laugh in the face of her body dysmorphia—the camera unabashedly takes in every blemish and curve. In Ego Rosa II (2020), a bouquet of flowers mark Connelly’s genitalia. She lightly squeezes her arm to her midriff, leaves in hand.

Her body looks natural. Little by little, she blends into the foreground. In Ego Silva (2020), she becomes one with the trees.

Bimshwel is not a human. It finds beauty among its odd gremlins and imps and imaginative visuals. There’s no use pretending to be a walking sack of flesh when one is simply extraterrestrial. Its skies are orange, sometimes with tinges of purple. Its terrains are sometimes flat and sometimes shapeless, bending and shifting from one frame to the next.

“I am a gender-indecisive being,” the artist wrote in an accompanying bio. “I typed it all there to keep from typing it here! It is boring and gets in the way. I find breakfast cereal amusing.”

Across two independent viewing rooms, comedy is the vehicle that both Councilor and Bimshwel often used to tell poignant stories. It has a way of lightening trauma’s load: a snarky word-bubble can silence a misgendering figure.

It also lessens a bite. Why denounce vile white supremacists when one can draw a “beware of owner” sign in their backyard, Councilor asks through his work. Maybe sketch some scraggly, patchy grass and cover it in poison ivy? Their hate—and poor lawn care—can be an eyesore for the neighborhood. That's exactly what he does in a diary comic from August 30 of this year (pictured below)—and it works.

That comedy also exists on a spectrum. In one piece, Councilor shares how nervous he is to tell his partner about his transition over bedroom talk. In another, Bimshwel notes society’s irrational fixation on sex and gender. The artist has chronicled Redditors who were up in arms over a videogame character’s “secret” genitalia.

In one comic, Councilor draws a crowd. The image is labeled Stonewall, after the 1969 Stonewall Riots in New York City. In the comic, there are various riots, all aimed at police brutality. Black Lives Matter protesters make up one frame. Same-sex and interracial couples passionately kiss. A woman stands behind a police barrier holding a sign reading “Dyke power.”

Exploration of the Abstract: Heather Delaney and Tracie Cheng 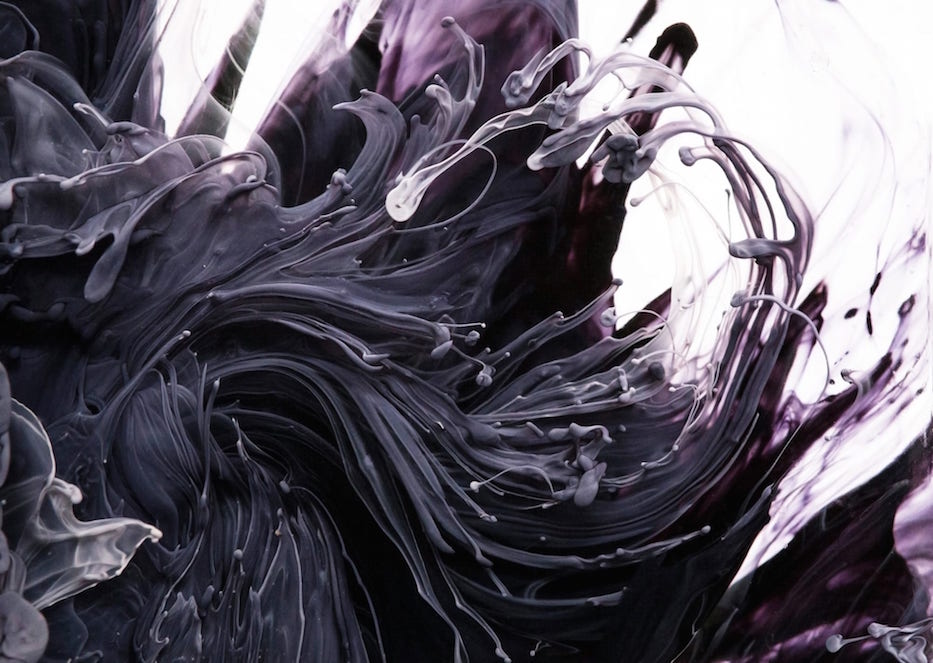 
Heather Delaney’s “Meditative Psychedelic Ink Drop Video” produces a Zen-like sensation. Ink droplets sink into waiting resin. They began to mold and shape themselves of their own free will. Viewers were free to watch their fluid dance.

“If our thoughts could take physical form, what would they look like?” Delaney writes in her viewing room. "Each of these textures represents an intangible thought or emotion that lights up our cerebral cortex and reflects our consciousness. In this way, corporeal personalities are lended to the colors and textures of the human imagination and explore the possibilities of expanded consciousness."

She and Cheng tackle that question head-on: to capture the malleability of thought, the two both manipulate fluidity and form in their pieces. Cheng’s architecture degree shapes her work; painted lines denote structure, crisp, clear, and smooth. Tangents, fractals, and repetitions give her pieces a geometric quality.

“So often, we come across a multitude of things that are more complex than we’ll ever really know,” Cheng writes in her viewing room. “Just being alive means acknowledging the seen and at times having to trust in the unseen: what is visible is not always the full picture, and what is beneath the surface can speak volumes.”