Jazz Where Taps Away The Rain 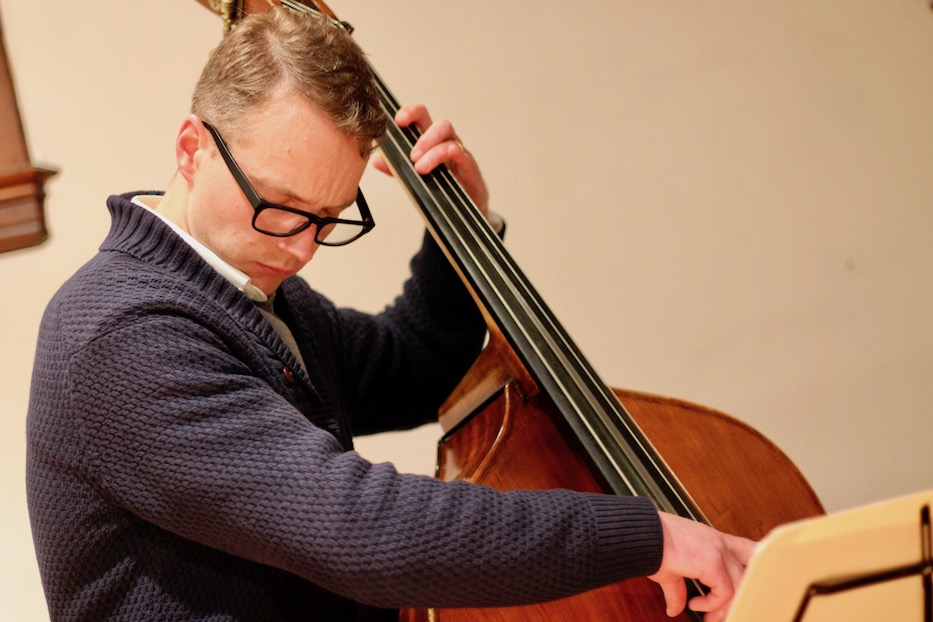 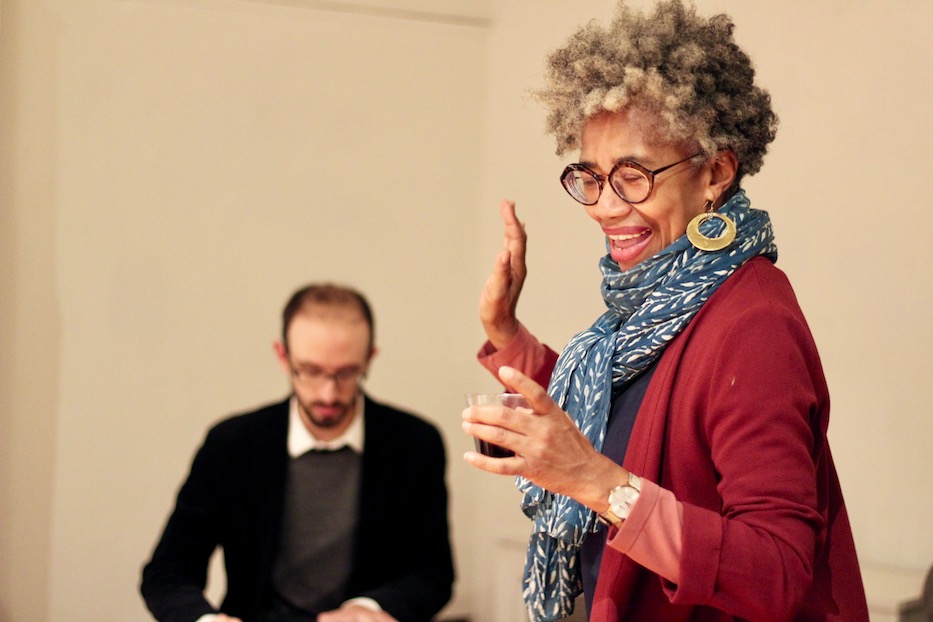 The drummer got stuck in Waterbury. It didn’t matter, because a tap dancer showed up to fill in for the percussion section.

Friday evening, musicians chatted, played, and danced away the rain at the second “Jazz Where?” held at the Ely Center of Contemporary Art on Trumbull Street. Organized by Inner-City News Editor Babz Rawls-Ivy and New Haven Independent Arts Editor Brian Slattery, the night featured The Jerrod Cattey Trio, which has been playing selections from Vince Guaraldi's A Charlie Brown Christmas at Three Sheets New Haven for several years.

“This is an attempt of what we’ve always dreamed of,” Rawls-Ivy said as some attendees sat for the music and others drifted through the house, catching up in its wood-paneled rooms. “I don’t know if there’s an evolution of it—it’s more like, we just do it. People like the idea of connecting at this level. Cool people. Cool venue. Cool music.”

Conceived as a jazz-club-meets-pop-up earlier this year, Jazz Where? jumps around to different locations in the city, part free concert series and part potluck (or in the organizers’ words, “not so much a show as a hang”). Friday, it worked especially well in the space, where music downstairs set the soundtrack to work from artists Martha Lewis, Ellen Hackl Fagan, Barbara Marks and Olivia Bonilla that are on view through Dec. 21.

Downstairs, musicians Darren Litzie and Kevin Smith warmed up the space, christening it with sweeping keys and bass that were enough to charm the grinchiest of listeners. As they flowed into Guaraldi’s music, a few attendees took the wood floor, cutting a rug in a sliver of space between chairs and the musicians themselves. Others floated upstairs, bobbing to the piano music even as they disappeared into the galleries on the second floor. 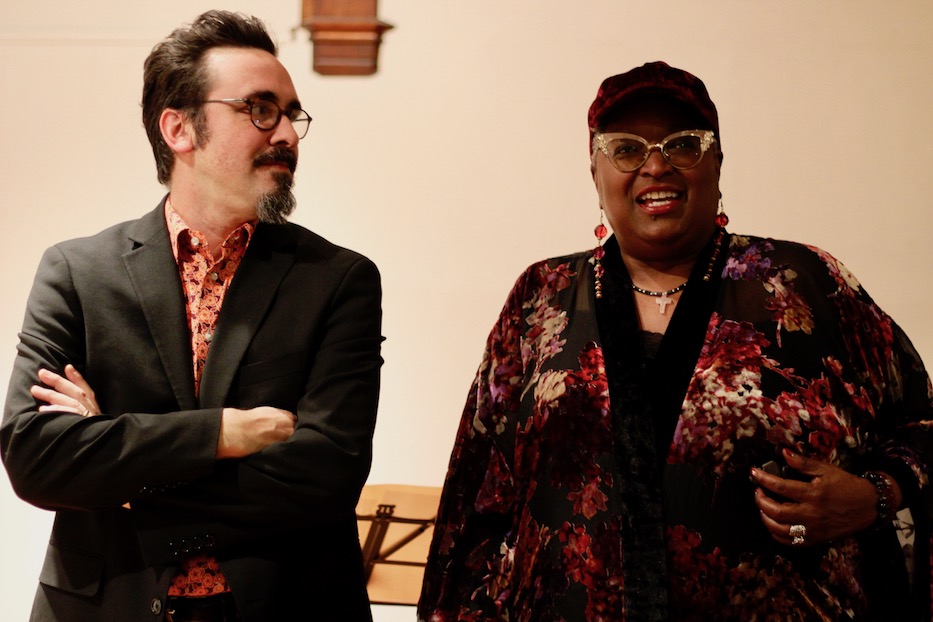 It felt, from that first note, lax enough for the experiment and improvisation that is at the core of jazz itself. Friday night, Cattey never made it to the show, turning the trio into an unexpected duo after his car broke down in Waterbury. No trouble, Litzie joked between numbers—he and Smith would play on as “The Jerrod Cattey Trio, just without Jerrod Cattey.”

And at first they did, delighting as they cycled through classics like "Walking In A Winter Wonderland" to Guaraldi’s "My Little Drum," which is the only variation on "Little Drummer Boy" that the wold has ever needed. Crowded in close to the musicians and on the sides of the room, audience members cheered for favorites, some whooping later in the evening when Litzie launched into a spirited "Christmas Is Coming."

At one point rhythm tap dancer Alexis Robbins showed up with her tap shoes in hand, and whispered something in Litzie’s ear. Litzie and Smith exchanged quick glances, rearranged the order of their set list, and invited Robbins onto the floor. They started in, keys tinkling as Litzie’s hands spider-walked over the black and white.

Robbins, who has been known to show up at Three Sheets and Atelier Florian ready to jam with New Haven Jazz Underground musicians and hosted her first solo tap jam Sunday, waited for an opening.

And all at once, it came. Litzie pulled back, going into stop-time on the keys as he ceded the floor to Robbins. Smith leaned into his bass, waiting for the notes that were about to come. Even with a background of the low chatter, Robbins morphed into the percussion section, sending sharp, staccato notes into the room. To a section of piano she would fill in the rest, feet flying. The trio seemed, suddenly, complete.

“It was nice to be given my own voice,” she said afterwards. “This is me practicing what I do.”

As the night wound down, Rawls-Ivy and Slattery thanked attendees for coming, adding that they are already scheming a return for mid-February to correspond with Valentine’s Day. One by one, umbrellas and coats were reunited with their owners. Bodies filtered out into the wet, blue-black night. Slattery and Rawls-Ivy cleaned up, waiting for the musicians to head out. And then as suddenly as it had arrived, Jazz Where? was gone, like a melody that fades too soon.