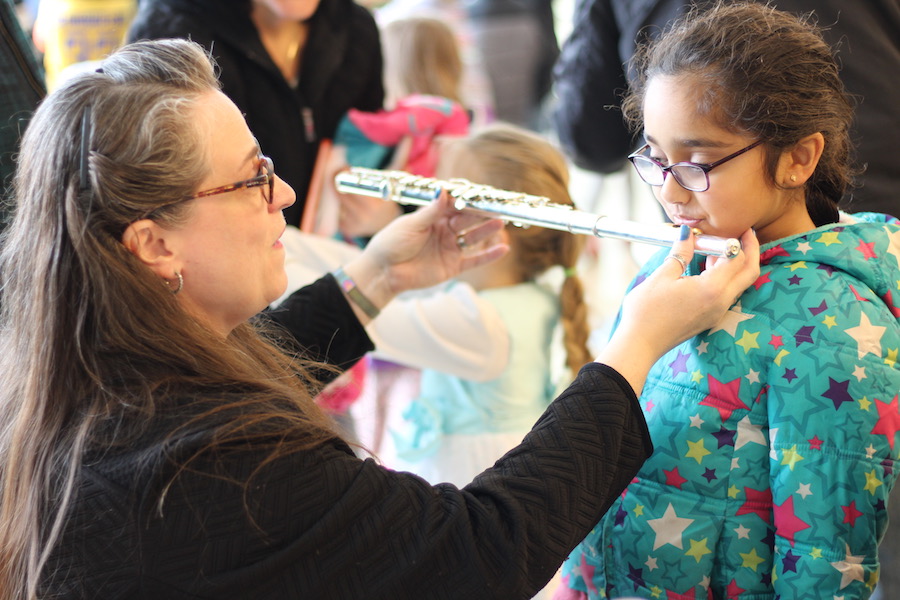 Four New Haven organizations have received a total $105,000 in the latest round of funding from the National Endowment for the Arts (NEA). With the funding, which comes from NEA's Art Works grant program, they will be embarking on projects that range from community-based performances to exhibitions that talk across local collections.

The NEA announced Wednesday afternoon that Artspace New Haven, the New Haven Symphony Orchestra (NHSO), Yale Repertory Theatre and the International Festival of Arts & Ideas have received a collective $105,000 , with grants that range from $15,000 to $40,ooo for this fiscal year. All have received similar funding from the NEA in the past. In all, a total of $200,000 has been allocated to eight projects across the state.

In New Haven, grants will be going to a range of projects. Downtown, the Yale Repertory Theatre has received $30,000 for its production of Mary Kathryn Nagle's Manhatta, a work about the erasure of Native bodies from their land that premiered at the Oregon Shakespeare Festival in 2018. The New Haven production, which will be directed by Laurie Woolery, marks the East Coast premiere of the work. It runs Jan. 24 through Feb. 15.

Just a stone's throw away in the Ninth Square, Artspace New Haven has received $20,000 for an exhibition that will feature original, commissioned work from artists responding to objects housed at the Yale Peabody Museum of Natural History. Helen Kauder, executive director of the organization, explained that 12 artists will be tasked with responding to the museum's 12 collection areas, as a way to "keep the Peabody alive in the public imagination while it is closed for renovations."

The exhibition is slated for May of 2021; artists will begin work on it this summer.

The International Festival of Arts & Ideas has received $40,000 to support programming for its June 2020 festival, which marks its 25th anniversary year in New Haven. At the time the grant was received, the proposed projects included "collaborations between physical theater ensemble Chaliwaté Company and puppetry company Focus; choreographers Larry Keigwin and Nicole Wolcott; and musician Kaki King and data visualization designer Giorgia Lupi," according to the NEA's grant reporting system.

The New Haven Symphony Orchestra, which last year welcomed Maestro Alasdair Neale as its new music director, has received $15,000 for concert programming that explores what it means to be an outsider, what it means to be an insider, and where those conceptions come from. In addition to one of its large classical concerts, it will be using the funding for some of its family programming and Harmony Quartet community concerts later in the spring.

On March 5, musicians will present Dvořák & Price, molded around the works of the Czech composer Antonín Dvořák and the Black American musician Florence Price. Reached by phone Thursday afternoon, NHSO Director Elaine Carroll said she is excited for the program, which is part of the symphony's campaign to #MakeFlorenceFamous.

As Carroll explained, Price started integrating both indigenous music and Black spirituals into her work early in her career, which was an extremely prolific one. Dvořák, who was white and European, came to the U.S. and wrote his ninth symphony "From The New World" inspired by many of the same sounds.  But "she basically disappeared from history"—only one of Price's works was played during her lifetime—and he went down as one of world's greatest composers.

Other statewide grantees include $10,000 to Litchfield Performing Arts, Inc. (more commonly known as Litchfield Jazz and the Litchfield Jazz Festival), $20,000 to Real Art Ways in Hartford, $55,000 to the Eugene O'Neill Theater Center in Waterford, and $10,000 to the American Mural Project in Winstead through the NEA's Challenge America grant program. A full list of grantees and projects is available here.

Those eight Connecticut organizations join 1,187 grants amounting to $27.3 million across the U.S. and in Puerto Rico, including $45,000 going to the Museo de Arte Contemporáneo de Puerto Rico for "community designed public art projects." The grant comes as the museum does disaster relief for the surrounding community in the wake of over 500 earthquakes and aftershocks.

“The National Endowment for the Arts is proud to support grants throughout the entire country that connect people through shared experiences and artistic expression," said NEA Chairman Mary Anne Carter in a press release Wednesday afternoon. "These projects provide access to the arts for people of all abilities and backgrounds in both urban centers and rural communities.”