State Lawmaker: Black & Latinx Studies Should Be Required, Not Elective 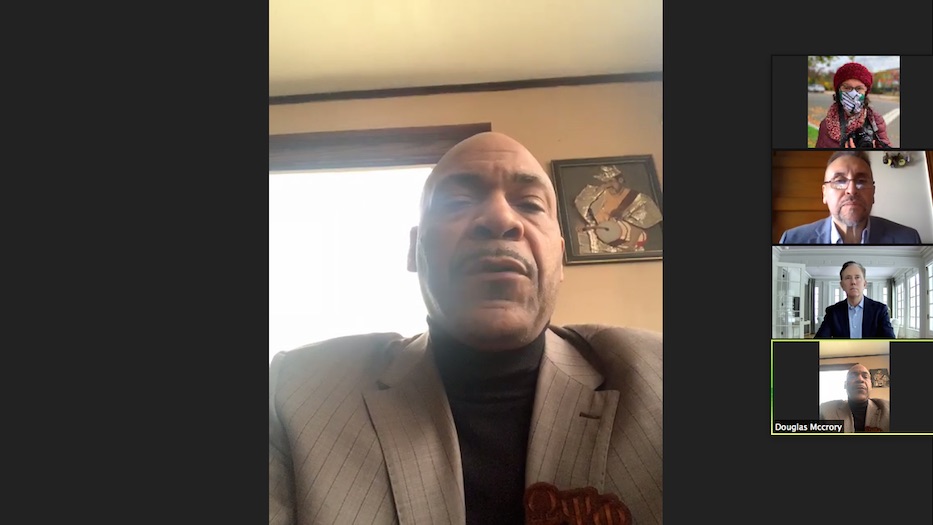 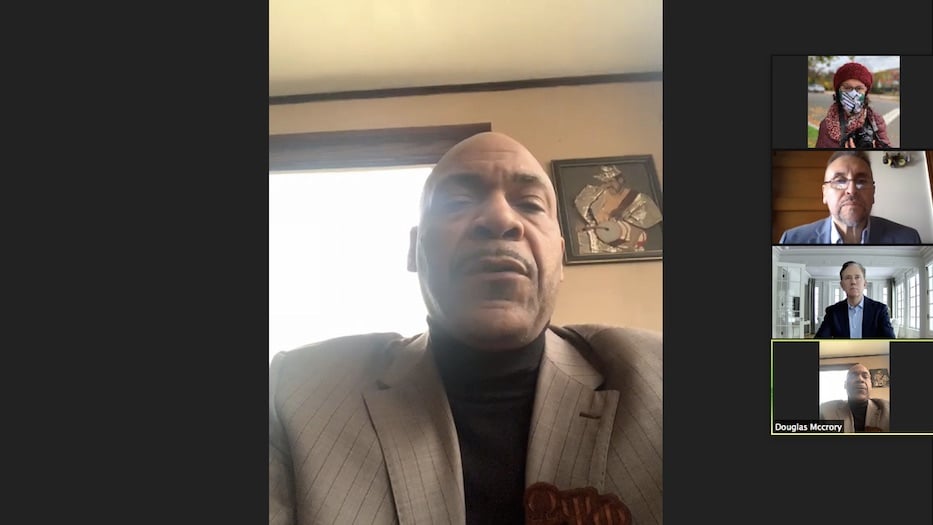 State Sen. Douglas McCrory grew up dreading Black History Month in his majority-white high school. As a state legislator, he’s now working to ensure that no student of color in Connecticut feels that way again—by trying to make a new elective course into a required one.

McCrory made that announcement Tuesday afternoon, at a legislative roundtable celebrating the passage of Connecticut Public Act 19-12. The act, which the state Board of Education passed last December, requires all public high schools to offer Black and Latinx studies as an elective course by 2022. Tuesday, McCrory said he plans to propose new legislation that would transform the elective course into a required course. In part, he said his decision has been influenced by the last 12 months, which have seen the twin pandemics of Covid-19 and white supremacist, state-sanctioned violence.

“This legislation that we have here requires school districts in the State of Connecticut to offer the class,” he said. “I think we’re at a point now in our country that this class should be required. A required class like any other class. We should require this class, not just offer it. And require it for every student that leaves our public schools in the state ... now that’s showing real leadership.”

It echoes calls that the State Board of Education made in December to expand the curriculum to all K-12 grade levels. Tuesday, Gov. Ned Lamont said that he is also hopeful that Miguel Cardona will bring the idea to the Biden Administration as he transitions from Connecticut Commissioner of Education to United States Secretary of Education. His hearing before the Senate is currently scheduled for this Wednesday, Feb. 3.

On the hour-long call, attendees praised the legislation as transformative, noting that it is the first of its kind in the country (read more about its genesis here, here, and here). Desi Nesmith, deputy commissioner of academics and innovation at the Connecticut State Department of Education, called it a single victory in a long journey to reach educational equity in the state. He pointed to the number of students who made the bill possible with advocacy efforts that spanned New Haven to New London to Hartford and Bloomfield.

“This is just the beginning,” he said. “We noted that we have more work to do, and we look forward to continuing that work behind the scenes with all of you on this call.”

In its current form, all schools must offer the elective by 2022. Last month, the State Education Resource Center (SERC) released a reference list with suggested books and resources, from W.E.B. Du Bois’ The Souls of Black Folk to Ibram X. Kendi’s Stamped from the Beginning to Hazel Newlevant’s Puerto Rico Strong. A public copy of the curriculum, which is still in draft form, is set to become available in July 2021.

Tuesday, SERC Executive Director Ingrid Canady held back tears as she spoke about hearing Lt. Gov. Susan Bysiewicz honor Costa Rican-American physicist and astronaut Franklin Ramón Chang-Díaz. She explained that she sees the act as a chance to give all students that same grounding in American history.

“To hear you say his name is exactly what this curriculum is about,” she said. “About the pride in those who have created and opened doors for so many of us.”

State Rep. Bobby Gibson, who worked closely with dozens of students and educators who advocated for the bill, urged his colleagues to both savor the moment and follow the curriculum as it inches toward implementation. A longtime educator, he recalled “the perfect storm” that pushed him to run for state office and propose the legislation. For 26 years, Gibson taught science in the state’s schools, aware of how rarely his story was reflected in the books his students read.

“I just would like to make sure people know how important today is and how historic it is,” he said. “This press conference is historic, as I said, because it’s just another step in recognizing the achievements of Black and Puerto Ricans to our country. We must never forget that Black history is American history. The achievements of Black Americans are interwoven into the fabric of our nation. This history must be taught.” 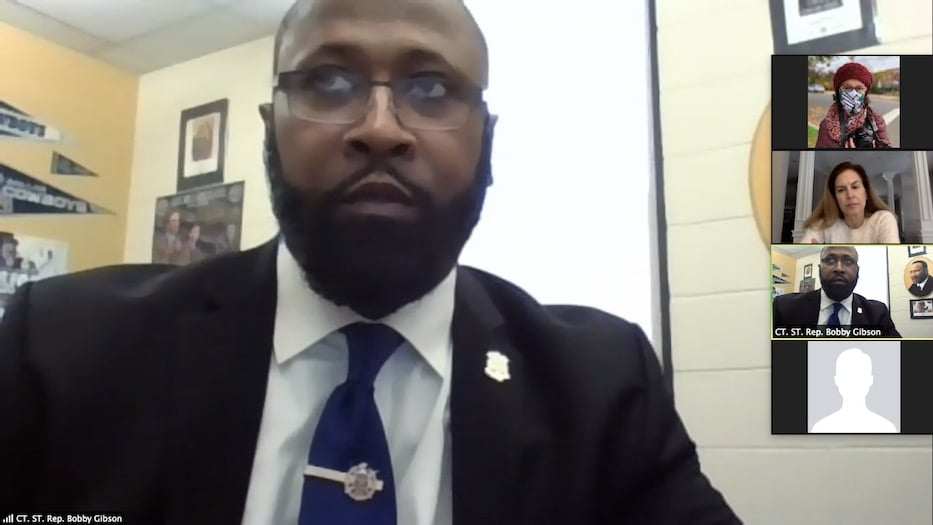 McCrory, meanwhile, said that he is excited for the act but feels that an elective is no longer sufficient. He recalled his own experience as a Black student growing up in North Hartford, in schools where de facto segregation was the unspoken norm. In elementary school, he said, he considered himself lucky: his teachers “taught us who we were, where we came from.”

But when he got to high school, he was one of just a few Black students in his graduating class. In his own life, that experience pushed him to be an educator, school administrator, and the co-founder of the Benjamin E. Mays Institute in Hartford. It also encouraged him to run for state legislative office. As he spoke Tuesday, a purple-and-yellow Omega Psi Phi pin gleamed proudly against his tan jacket.

In high school, “February was the worst month for me,” he said. “Because all I learned was that I was a slave. All I learned was what people did for me and did for my people and for my community. I didn’t learn my stories until much years later, and that’s going to change with this curriculum. I’m excited about it. We know we have a lot more work to do.”

If proposed this session, McCrory’s quest to make the course required would join proposals to add Native American Studies to statewide social studies curricula, make Juneteenth and Indigenous Peoples’ Day into state holidays, and implement a statewide version of the CROWN Act, which prohibits discrimination of natural hair.

Gibson has also proposed a bill that would have the Connecticut Board of Education study the disproportionate number of Black and Latinx students, particularly young Black women, who receive suspensions. Tuesday, he said he sees it as part of a greater move towards equity in the state’s public school system.