Why We're Taking Election Day As A Holiday 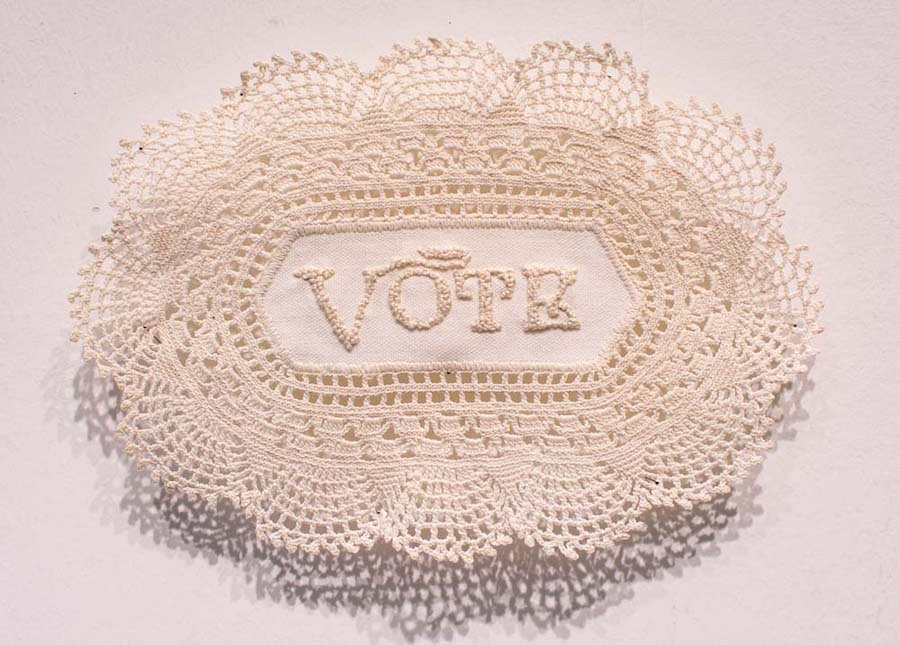 Earlier this year, the Arts Council of Greater New Haven made the decision to take Election Day as a holiday, to ensure that all of our staff members are able to vote in their hometowns of New Haven, West Haven, Orange, Cheshire and Madison. In many ways, it was an easy choice to make: four of our six employees have kids that will be off from school tomorrow. We’ve experienced firsthand how hard coordinating childcare (or bringing our kids to the office), running to a full day of work, and making it to the polls can be.

So we thought: what if we make it not hard? What if we bring our kids with us to the polls, and let them see what civic engagement looks like? Or if we volunteer to help at the polls? What if we use the day off as a conversation starter with a neighbor, friend, or fellow organization about the importance of local politics?

And why not? We know that artists, arts professionals, and arts audiences vote. We’ve woven it into the fabric of what we do. Now, we’re making sure we practice what we preach.

We’re in a field that encourages voter turnout among its administrators, its practitioners, and its consumers. In 2009, a study from the National Endowment for the Arts found that arts audiences were 20 percent more likely to vote than their peers. In 2017, more recent research from Americans for the Arts found that 97 percent of people who lead arts organizations vote, making them two to four times more likely than their peers to turn out during local and general elections.

“We’ve seen such cohesion between the arts and social justice in people who have risen to fight for the rights of immigrants, responsible gun legislation, LGBT rights, civil rights, and more,” reads a study penned by Americans for the Arts last year. “There has never been a political movement that did not converge around a core set of imagery meant to articulate core values, nor a political movement that has succeeded that did not use the vehicles of arts and culture to amplify and clarify the goals and messages of the movement.”

In our office, it’s also part of a longer-term decision to embrace the fact that politics and the arts are often intertwined. Last year, the Arts Council partnered with the Connecticut Arts Alliance for Create The Vote CT, a nonpartisan effort intended to generate momentum around the gubernatorial election. This year, Arts Paper Editor Lucy Gellman talked to mayoral hopefuls Justin Elicker, incumbent Toni Harp, Seth Poole and Urn Pendragon about potential arts policies and decision-making from the city’s Office of Arts, Culture and Tourism. We encouraged voter participation with work from artists Amira Brown and Cindy Hwang.

We’re not calling on our fellow arts organizations to do the exact same thing, because many of our peers don’t work jobs that conform to daylight hours or stop in the early evening. We know that plays still must go up, articles need to be churned out (even The Arts Paper is still chugging along today!), and artists still hold down multiple side jobs just to pay the bills.

Instead, we’re suggesting that organizations do what they can to empower their employees to vote. Maybe it’s a longer lunch hour. Maybe it’s a free bread giveaway. Maybe it’s something else entirely.

We’ll see you at the polls.

To read more about where to vote and who is running, click here.