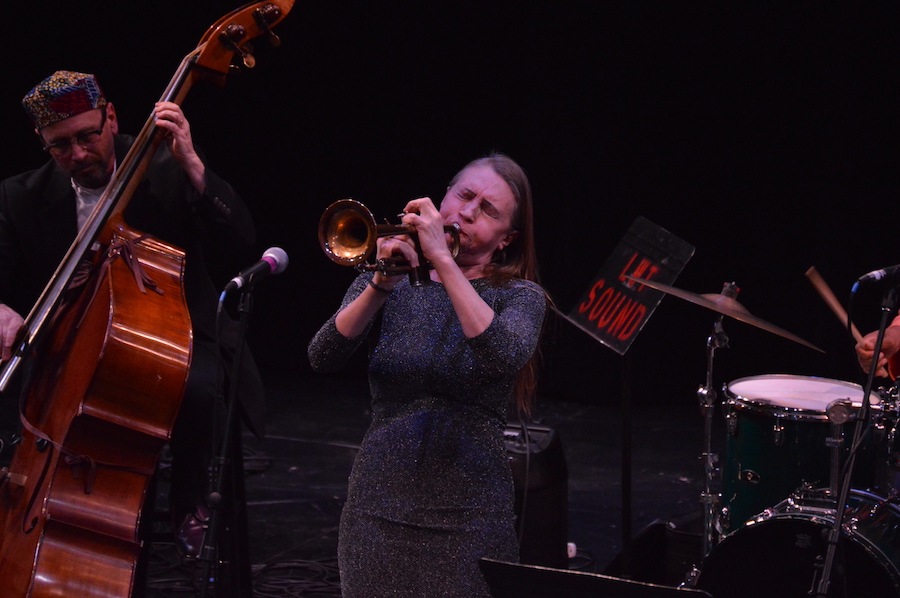 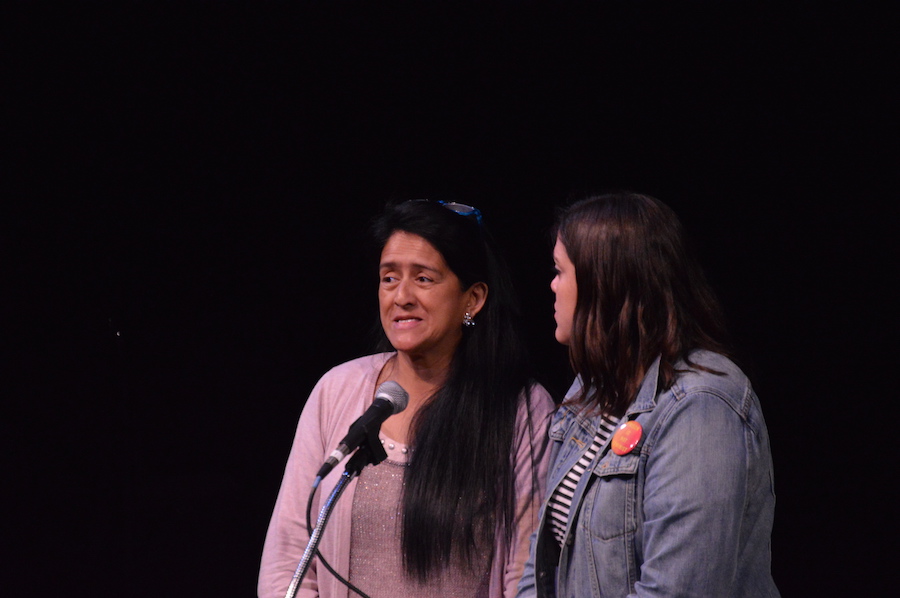 Hannah Chineyere spent four months detained in a Michigan jail. Aside from the expense of being in jail, the cost of getting out was $7,500. She did not know anyone in the United States who could post bail for her. She also knew she needed to be free to fight her immigration case in court with a solid defense. Then, the Immigrant Bail fund offered to pay.

The show was sponsored by several congregations in the interfaith community, a part of the bail fund’s strong grassroots organizing. In an email Tuesday, Bail Fund Co-Director Brett Davidson said the event raised roughly $28,000. 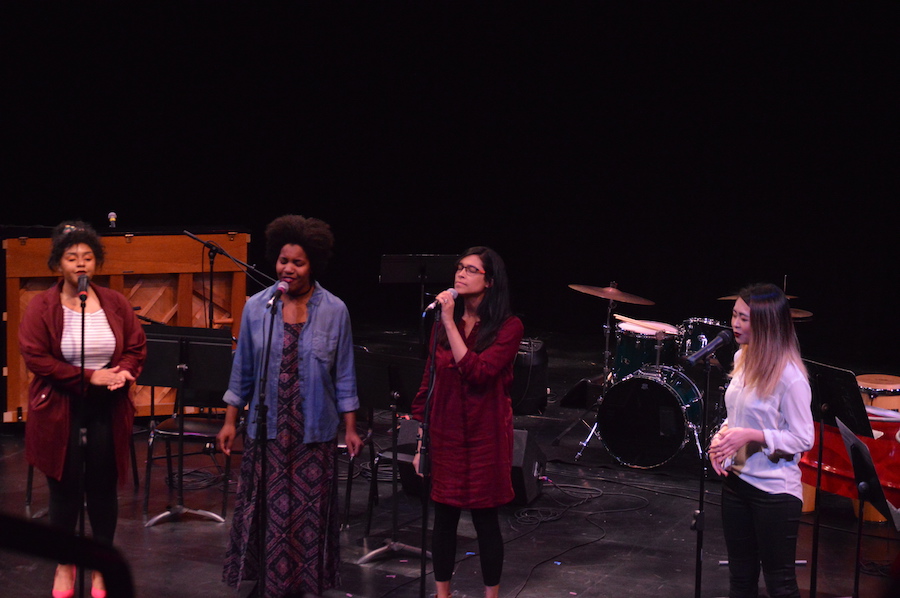 Williams, a worship pastor at Elm City Vineyard, offered a medley of Civil Rights spiritual songs with an a capella group. Elm City Vineyard is located inside First and Summerfield United Methodist Church, where Nelson Pinos has been seeking sanctuary from Immigrations and Customs Enforcement (ICE) since November 2017. The performers mixed “We’ve Come This Far By Faith” and ad libbed the proclamations, “I’m not gonna let no prisons turn me round, no borders turn me round.”

In addition to being a worship pastor at ECV, Williams also works as an immigration lawyer for the pro bono Esperanza Center for Law and Advocacy. She recalled the pain of receiving calls from people whose loved ones had recently been detained by ICE and immediately called Esperanza for help.

“The prison industrial complex has invaded our immigration system,” added Pastor Paul Fleck, who joined New York Justice for Our Neighbors (NY-JFON) in January after serving at Hamden Plains United Methodist Church for several years. Fleck described the system that not only makes money from bonds and commissary expenses, but also keeps immigrants out on bond tagged with ankle monitors. He called it “another way of demeaning and degrading our immigrant friends.”

But when immigrants are able to make bail, and have time to find lawyers and time to prepare a case, the success rate goes up to 68 percent. Rivera-Forastieri added that Connecticut has some of the highest immigration jail bonds in the country, of around $20,000.

The Isabella Mendes Bossa Nova band played one of Mendes' original songs, the lyrics speaking to immigrants who ended up in jail or with ankle monitors as they awaited trial: “I feel at home but everyone else doesn’t know...I know my blood is red, yet they say I’m not like them.”

An immigrant from Brazil—she and her sister Luciana came to New Haven when they were in their teens, fearing for their lives—Mendes said she originally wrote to song about her homesickness but saw potential for its activist message. In Connecticut, her homesickness was also accompanied by feelings of alienation from her new home.

Later in the evening, that same sentiment came from another speaker who has seen the Bail Fund in action. Karin Garcia was already an activist in Guatemala before coming to America. After being politically persecuted there for her activism, she left the country with her grandson to reunite with her daughter in the United States. She told her story in Spanish, as Rivera-Forastieri translated for English-speakers in the audience.

Garcia said that at first she did not take the death threats too seriously.

“When you live to serve, sometimes you’re not concerned with what happens to you,” she told the audience. But when she was shot at while going to make a formal police report with her grandson, she knew she had to leave.

Even though she came to the United States looking for safety, she was separated from her grandson when she arrived in El Paso. When she was released from detention, Garcia was given an ankle monitor and made to sign a statement that said she was being voluntarily fitted for it. When she asked what part of it was voluntary if her alternative was to stay in jail, she was told she could choose whether she wanted it on her left or right leg.

“Still, this ankle bracelet is just going to make me stronger,” Garcia said. “I know it’s not just me alone.”

The Afro-Semitic Experience echoed her words as it launched into a cover of Nina Simone’s, “I Wish I Knew How it Would Feel to be Free" after she spoke. As they played, the words washed over the nearly-filled theater.

I wish you could know what it means to be me
Then you’d see and agree/
That every man should be free.

The band also covered trumpeter and vocalist Saskia Laroo’s original song “Brighter Day” and “Unity in the Community,” inspired by her own recent naturalization and relatively privileged—yet still confrontational—experience with immigration control during her first try at residency in the United States.

"This was a major effort by so many people,” said Davidson by email after the event. “We’re hugely grateful to everyone who made this event possible — Long Wharf Theatre, the incredibly talented performers, the faith leaders who organized it, the volunteers, and everyone who attended and donated."

"We could not continue to free our community members from immigration prison without such a wide base of loving community support."

Watch the full performance in the video below, courtesy of the Immigrant Bail Fund.