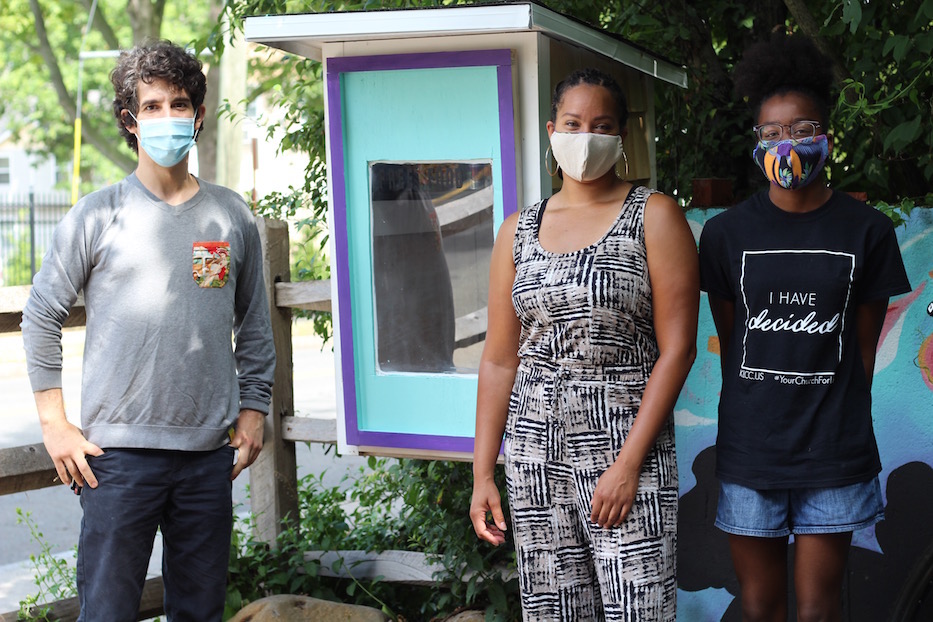 The bags of dry beans are what catch the eyes first, colorful in whites, pinks and reds. Then the pastel-colored containers of baby formula, canned beans, tinned fish and tomato sauce. Snacks and crackers sit arranged neatly in a back corner. An orderly row of pasta and juice wait above, ready for neighbors that might need a boost.

Those items now stock a new, community-run food pantry at the Blake Street Pocket Park, run by a group of Beaver Hills neighbors concerned with growing food insecurity in the neighborhood and in the city. The pantry popped up earlier this week, run entirely by neighborhood volunteers who stock and restock supplies, check expiration dates, and keep the space clean. People can donate food to the pantry directly, to avoid contact.

“I thought it would just be a good fit for the neighborhood,” said Lyle Murphy, an SCSU student in biochemistry who has lived in the neighborhood for two years. “It’s an opportunity for people to contribute to others in a passive way. If they have something to give, they can do it here.” 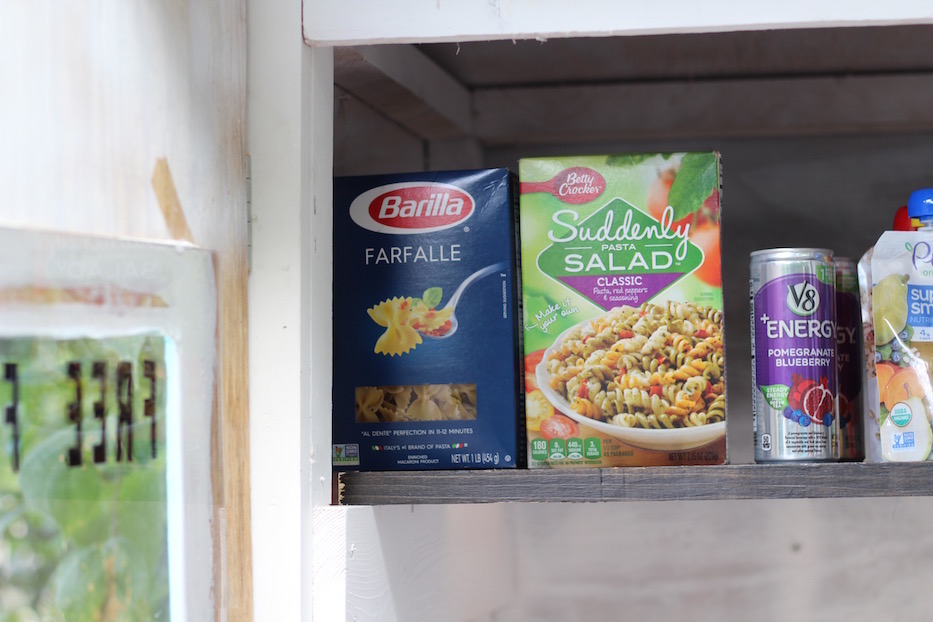 The idea for the pantry goes back to last year, when Murphy heard a segment on NPR about neighbors who were turning the idea of little free libraries—the small library boxes that sit in front yards and neighborhood parks—into food pantries. He was struck by the story of one woman in Kansas who filled hers with food and baby supplies, including diapers and formula.

For him, the story resonated on multiple levels: he experienced food insecurity himself four years ago, after a back injury forced him out of work, and he went back to school for an advanced degree. He's now a dad to a one-year-old baby, and knows that some families are facing unemployment due to COVID-19. He’s also seen it climb in the city, with rates that have increased precipitously in the last three months.

He credited his partner Jenny Feng, a neurobiology postdoc at Yale, with pushing him to finish the pantry this spring. Ninety percent of the structure comes from reclaimed materials.

After Murphy installed the box at the end of June, 12-year-old Nia Antoine covered it with purple and sky-blue paint to match a mural designed by her cousin and painted by community kids last year. A rising eighth grader at Engineering and Science University Magnet School (ESUMS), she said she is thinking about adding new flourishes to the box, to make it more eye-catching from the road. 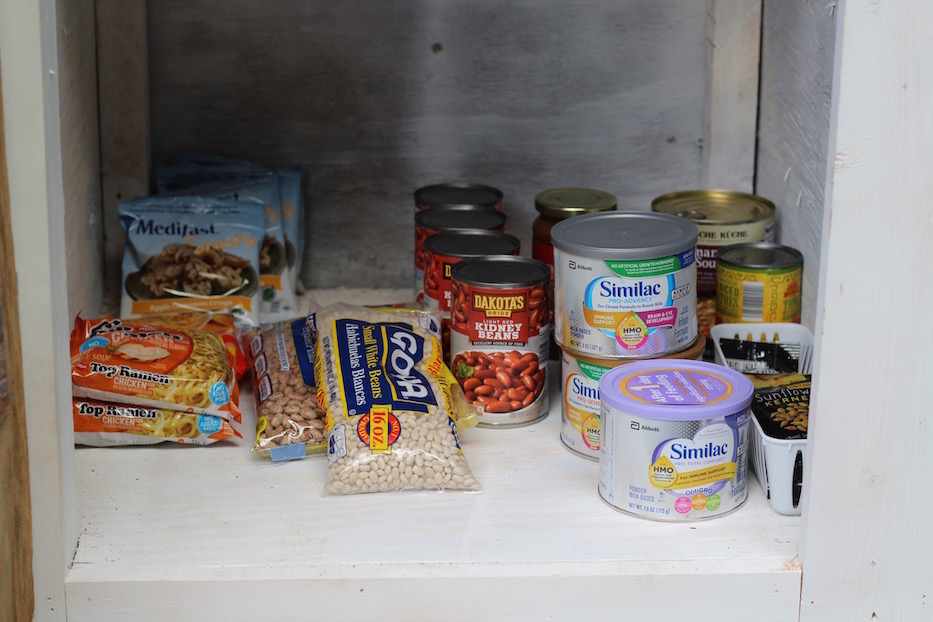 She added that she’s glad to help—she has found herself glued to the news recently, listening as reports of unemployment and food insecurity rise in the midst of COVID-19. She considers her work on the the pantry part of being a good neighbor, a rotation that also includes looking after an elderly neighbor and her feisty Basset Hound.

“It makes me think about how to help people who don’t have their jobs right now,” she said.

Her mom Patrice Antoine is one of the founders of the pocket park, a lush wonderland that stretches back from the road. Before the pantry was installed, she came almost daily from her home on Ruby Street to weed and tidy up the park. She brings a trash bag to collect litter every time she makes the one-block trip. Now, she has added checking expiration dates to those duties. She joked that it's in her nature: she does it already for her three kids.

“As long as we continue to work together, we can make our spaces better,” she said. 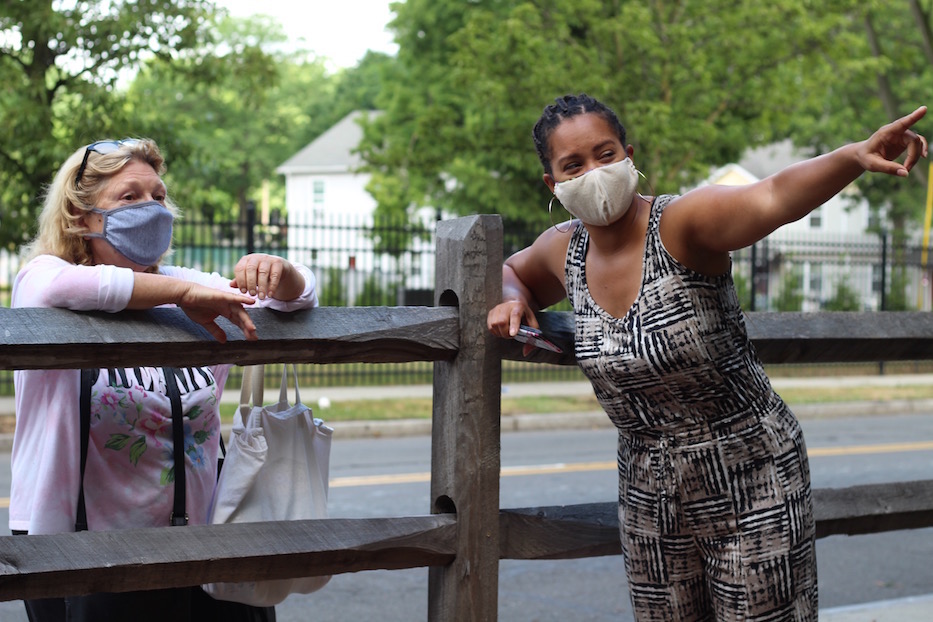 Because the pantry is accessible at all hours of the day—the pocket park has a wooden gate that opens manually—neighbors are encouraged to come in and take whatever they need, or to drop supplies off without making physical contact. Antoine and Murphy, as well as Antoine’s sister and neighbor Genese Clark, are part of a Southwest Beaver Hills Google group on which neighbors trade ideas about the park, including suggestions for non-perishable food items.

On Wednesday, Murphy came by to drop off some extra baby formula. While he chatted with Patrice and Nia Antoine, a neighbor came by and picked up a few snacks to bring home with him. He took in the park, an explosion of green after the week's rain.

“I live here, in the neighborhood,” he said as he waved and continued his walk toward Osborn Avenue.

Marion Prete, who lives a few houses down on Blake Street, also stopped by to take a look at the supplies inside. A nurse who is currently out of work, Prete has watched finances grow tight during COVID-19. After taking stock of the supplies, she said that she may come by to drop off food for neighbors who may find themselves in similarly stretched situations. Volunteers ask for non-perishable items, like beans, rice, pasta, and tinned fish.

“It’s heartwarming,” she said. “If we all took care of our neighbors, this would be a better place.” 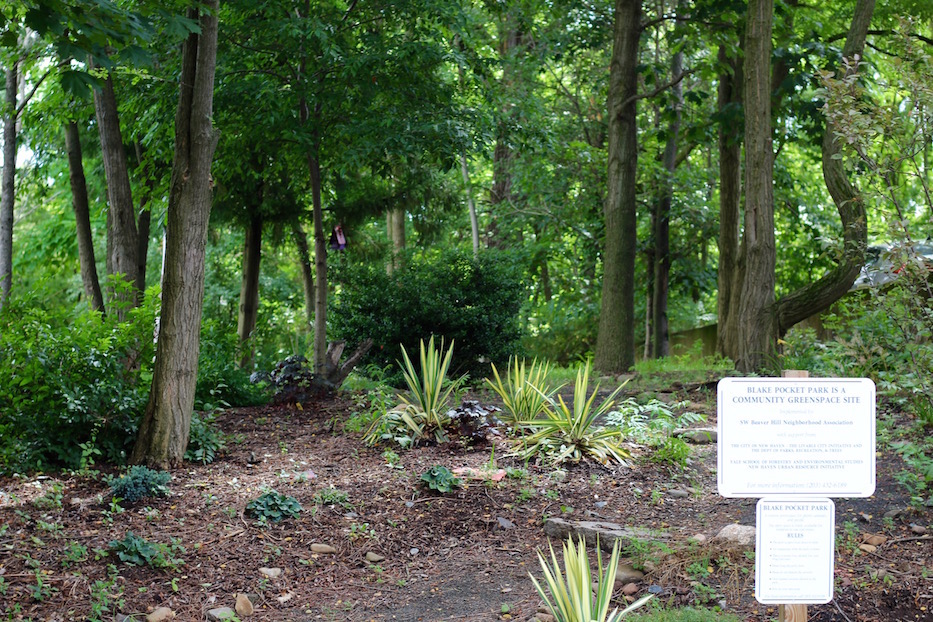 The food pantry joins ongoing efforts to maintain in the park, for which Antoine and Clark have started planning socially distanced work days. New Haveners who are interested in donating food can bring it directly to the pantry, located in the park at 187 Blake St.