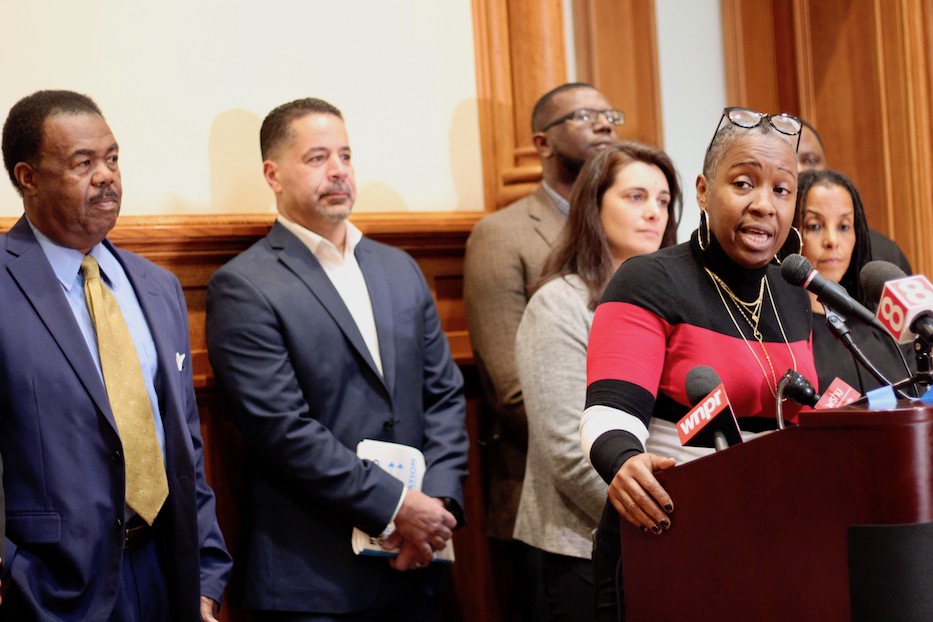 New Haven doesn’t yet have a cultural plan on the books. City officials have never talked about an arts equity framework. The city doesn’t allocate one percent of the general fund to the New Haven Free Public Library, although it has gotten close, and there have been murmurings that it could.

“I’m proud to say that what we have to present today is actually a real collection of what was shared [in community input sessions],” Porter said. “I’m hoping and trusting that as we present this to our mayor, Justin Elicker, that he will take it into consideration. And that we will hold his feet to the fire, to make sure that what the city is asking to be done gets done.” 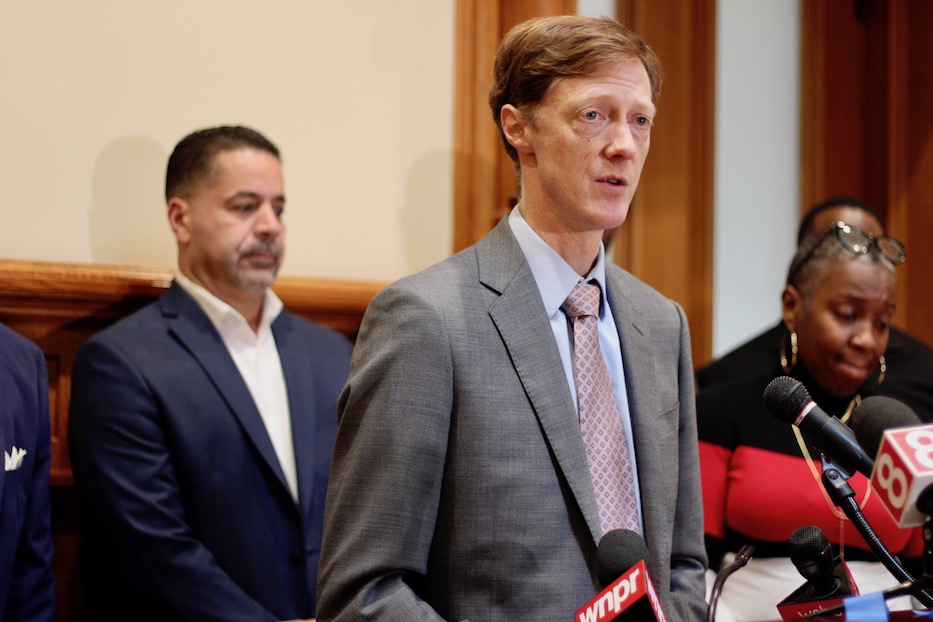 The 52-page report, which has been released in both English and Spanish, is available online and will soon be at all five branches of the NHFPL and in the city’s public schools. Recommendations, which span city budgeting and education to environment and public safety, came out of two public input meetings at High School in the Community (HSC), 112 suggestions emailed to the team, 353 transition survey responses, and 68 meetings with “city staff, elected officials, community leaders, educators, and neighbors.”

The transition team has been working with the community since Nov. 8 of last year. The report was designed by local artist Daniel Pizarro, who also weighed in on arts and culture during the second community input meeting at HSC.

“We made it our mission to seek the views of as many city residents as we could, and based our recommendations on that feedback,” Miller said. “This report is not perfect. It does not contain every idea that we received. But it does contain the messages that we heard over and over from the public. And the transition process, we feel, created not just a report but many community conversations around central topics of our shared existence here together in New Haven.”

The report is divided into three major categories: good government, community health and wellbeing, and rights and responsibilities. Subject areas within those categories, of which there are ten in total, include education, health and housing, environment and climate change, economic development, and city operations and public works among others. 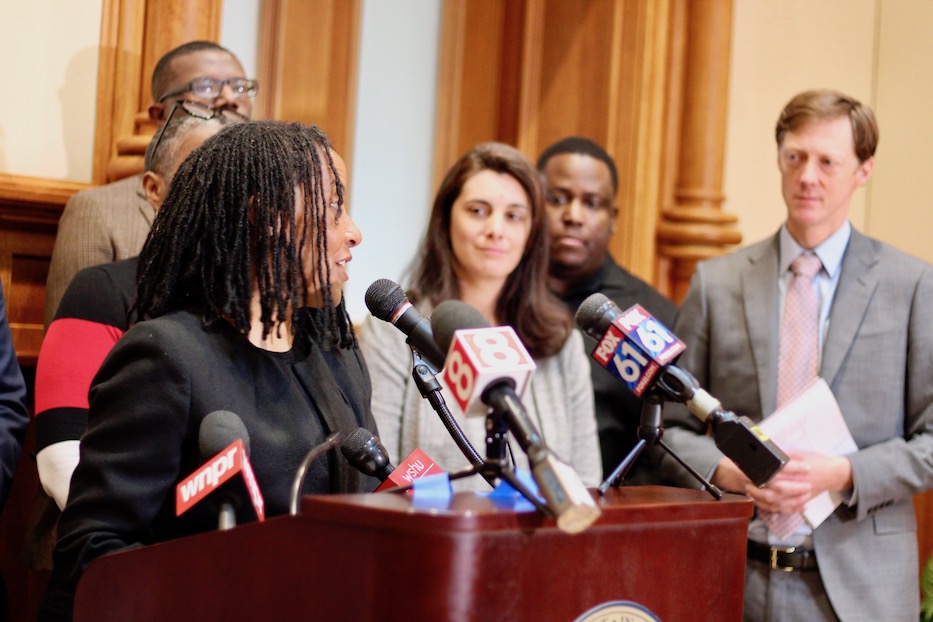 In a section focused on arts, culture, and libraries, 100-day recommendations include drafting an “equity, diversity, and inclusion framework for the city” that looks to the state’s READI (Relevance, Equity, Access, Diversity, Inclusion) principles; launching a cultural planning process that uses Boston's 10-year plan as a template, and abolishing late fees at the New Haven Free Public Library.

Two year recommendations include taking a closer look at the city’s Division of Arts, Culture, and Tourism and Cultural Affairs Commission, increasing the role of local artists in city departments, opening more public community spaces for artists, and creating a sort of centralized hub for information about arts organizations and arts events.

Under a list of longer term recommendations, transition team members have included allocating one percent of the city’s general fund to the NHFPL, investing in library infrastructure, increasing funding for local artists, and growing youth engagement and programming options in the arts. The concentration on arts, culture and libraries was spearheaded by Westville Village Renaissance Alliance (WVRA) Director Lizzy Donius and Matos, who is a longtime champion of immigrant rights and social justice causes in the city and the country.

“I feel really positive and hopeful about it,” said Donius in a phone call after the press conference. “I feel like Daniel [Pizarro] did such a nice job of making it readable and accessible, so I’m hoping that some of these things that are hard to understand, like the one percent for the library, are clear. I feel really pleased that we went bold with our recommendations, and that they’re clear and that they’re there in writing. Onward!”

Elicker noted that the report is meant to serve as a guidepost for his first 100 days in office and beyond. On Monday night, he sent copies of the report to department heads, with whom he said he will be working closely to analyze and implement recommendations. The report comes just weeks after the announcement of a new city librarian and amidst an ongoing search for a director of Arts, Culture, and Tourism.

“I’m confident looking at the report that there’s a lot of work to be done,” he said. “New Haven is generally on the same place with almost every recommendation in this report. And of course there are disagreements, but those disagreements are small compared to the vast consensus of the direction that the city needs to head in. And I find that really exciting.”

In a conversation after the press conference, Elicker added that some of the recommendations may ultimately prove untenable. He noted, for instance, that a higher salary for new City Librarian John Jessen—who makes $110,725 but is paid less than his counterparts across the state—feels difficult “when people in the city are making $35,000.”