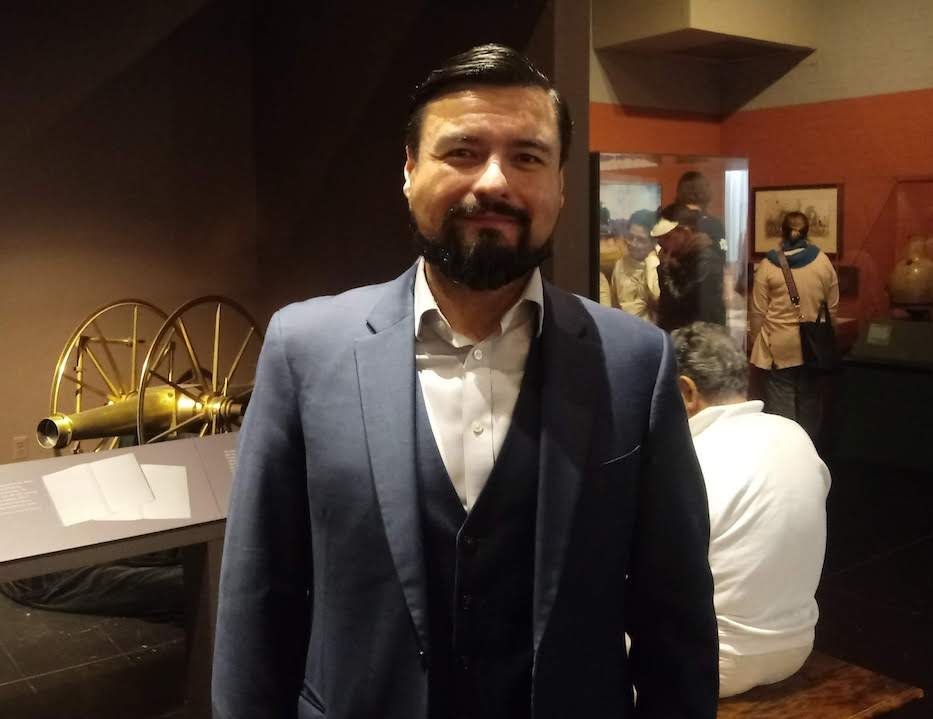 Drums and percussion sounded from somewhere overhead as a flurry of red skirts swept the floor. Three girls stepped to center stage, hands clapping in the crowd. They lifted their arms, stepping to the rhythm of the music. Feet shifted. Arms and hands fluttered skyward. Then slowly, dancers turned to the audience and gestured for them to try out some of the steps themselves.

Saturday morning and afternoon, The Spanish Community of Wallingford Dance Academy was just one of the performers at the 17th annual ¡Fiesta Latina!, a collaboration between the Yale Peabody Museum of Natural History and Junta for Progressive Action that has been running for almost two decades. Each year, the celebration is held to honor Hispanic Heritage Month, which runs from Sept. 15 to Oct. 15.

Over 1,000 attended the event, which included performances from Movimiento Cultural, Alisa’s House of Salsa, the Mariachi Academy of New England, Ballet Folklorico de Yale and Carlos y su Momento Musical among others.

“I hope that people feel that this is their space to feel connected and welcome,” said Jesse Delia, camps and public programs coordinator for the museum.

Seventeen years ago, ¡Fiesta Latina! was born with the intention of exploring and teaching the rich history of Latinx culture—and the multiplicity of a diaspora—in New Haven, where a large and increasing percentage of the population has roots in Latin America and in the Afro-Caribbean diaspora. As Delia pointed out, history is still taught through a disproportionately white lens—and often gets lost in the process. As performers took the stage, that kind of reclamation came to life over and over again, attendees of all backgrounds and ages joining in.

Past years have included Taíno educators, dance lessons, and drumming among the dinosaurs as well as bilingual financial assistant, voting registration, and literature from Access Health CT. This year, performers danced, drummed and belted among tables set up with building blocks and coloring for kids, and pamphlets on public health and financial assistance for adults.

Daniel Reyes, executive director of Junta, observed that the event has grown enormously in the past years, from a small group of attendees to thousands of parents, kids, and friends who flow in for the celebration. While the day doubles as a sung, spoken, and danced history lesson—or many—he suggested that it also gives people a chance to find their own identity.

That was true for a visitor named Don (he declined to give his last name), who had come back to visit after missing a museum that he’d been to in his youth. While he hadn’t known the event was taking place, he said he planned to stick around and see what it had to offer.