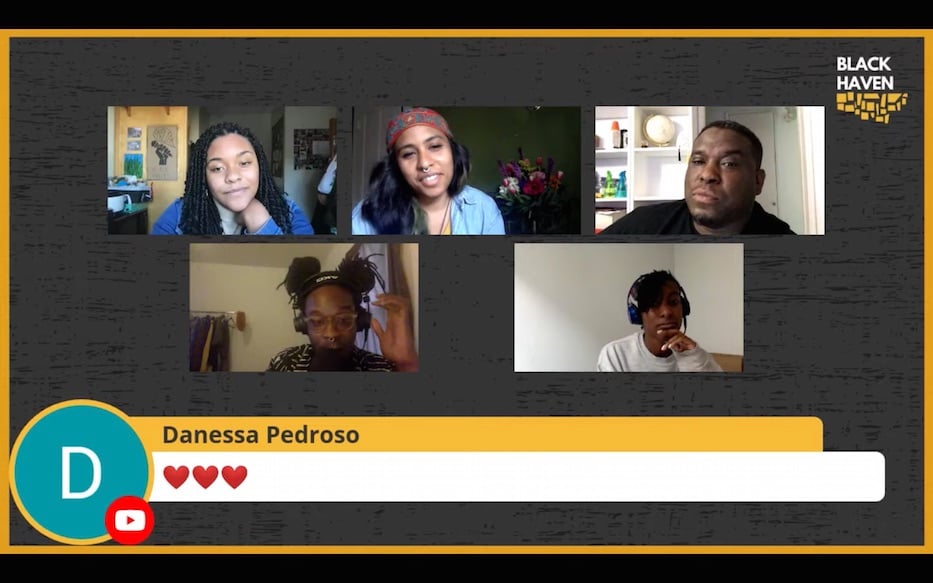 Spaces that center equity and justice. Spaces that nurture, develop, expand and provide opportunity. Spaces that look to movement with intention. Counterspaces.

Four artists and one artist-moderator imagined those spaces Friday evening, while discussing the “Black Havens” that they would like to see—and are themselves cultivating—across the state. Titled “Black Havens Across CT,” the virtual panel brought together artists Ro Godwynn, chad browne-springer, Lindaluz Carrillo, and Razul Branch. It was moderated by Black Haven’s Artist Administrator Brianna Chance.

The discussion marked Black Haven’s first event in 2021 and served as a fundraiser for the collective. Founded as a film festival last year, Black Haven supports Black creatives throughout Connecticut. It is a project of the Black Infinity Collective.

“It's more than just hanging up our pictures in the gallery or just coming to our events,” Chance said. “It's donating to our initiatives and sitting down and having these conversations such as this one or listening to these conversations, really being active in the role of Black art today.”

Throughout the evening, speakers suggested that “Black Havens” can connect and support Black artists and creatives across the state. Godwynn, a singer-songwriter and small business owner who is based in New Haven, looked to them as vital spaces for economic equity. In previous discussions, they have taken on the overwhelmingly white nonprofit industrial complex with the same fervor.

“When I hear the phrase [Black Haven], the opportunity to achieve equity and to achieve safety, fiscally, and socially within ourselves, either to supplement or to replace a bigger institution that does not love us, that does not care about us,” they said. “It’s kind of the vibe that gives me.” 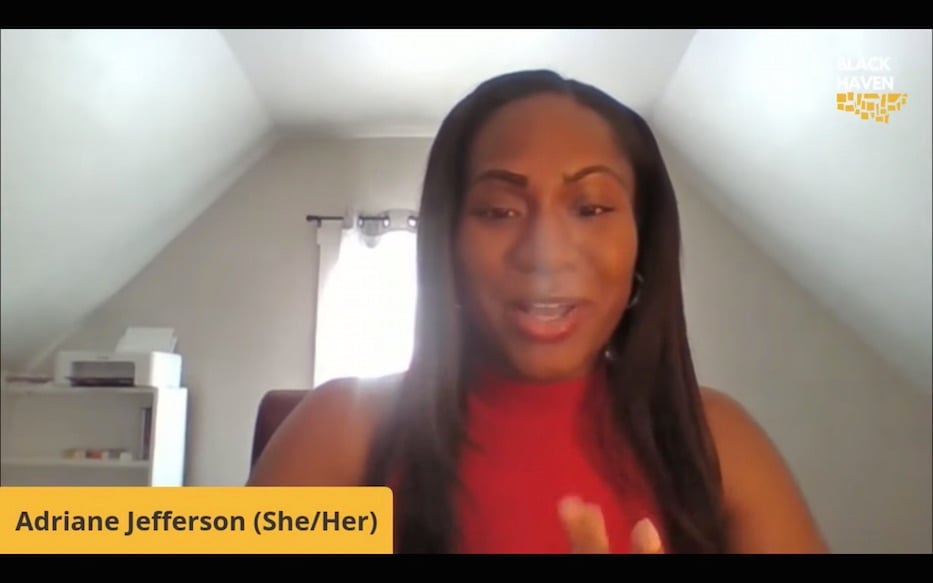 They were far from alone in those feelings. Several panelists noted the presence of white “gatekeepers” in the arts, including institutional leaders, gallery owners, recording labels, individual donors and foundations. In her opening remarks, New Haven Director of Cultural Affairs Adriane Jefferson pointed to a gulf between the resources Black artists need and those that are made available to them.

She slammed the mainstream model of philanthropy as inequitable, particularly for Black artists and non-Black artists of color. In the city, she is working to interrogate and halt that model with New Haven’s first-ever cultural equity plan.

Others built on the potential of “Black Havens” to support fellow Black artists in intentional ways. Growing up, Branch heard about the “Chitlin’ Circuit” from his father, who was a musician. The circuit was a group of venues that allowed Black musicians and entertainers to perform safely during the Jim Crow era. The majority of the venues were located in the South, but the circuit had locations all over the country.

Branch suggested creating a similar circuit or network to showcase artists in Connecticut. As the founder and head of BPT Creates in Bridgeport, he provides resources such as equipment and space for Black artists to create and perform.

“Having places to be able to nurture that artwork, feature that artwork and allow it space to grow and build the muscles necessary to compete and complete itself,” he said. 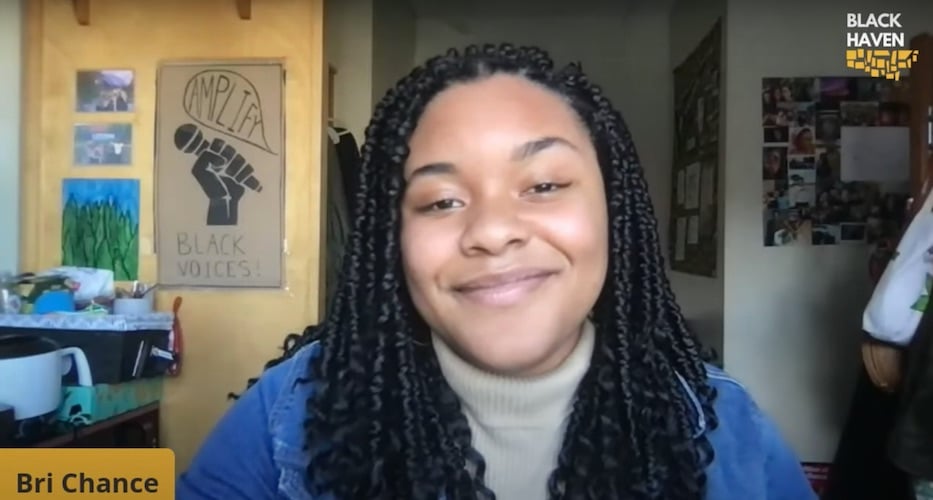 In the spirit of building Black Havens, Chance asked where Black art resides and thrives in the panelists’ communities. As an arts educator and public artist, Carrillo turned the discussion to her students. Based in Hartford, Carrillo has been teaching workshops to young artists in Connecticut and Massachusetts for four years. She taught frequently in schools and collaborated with youth before Covid-19. She noted that Black youth play a large role in art thriving.

“That moment when you actually capture, specifically Black youth, wanting to engage with the project or develop their own independent things, when I start to envision,” she said. “Wow, you have the potential, how do we keep feeding you the tools and the resources for you to want to continue pushing?”

Carrillo also drew attention to the challenges of reasonable pay. She said that hard-to-quantify parts of the art making process—brainstorming sessions, meetings, and paying for materials out of pocket—are often overlooked. She said that it is hard to navigate proper compensation, especially for up and coming artists. Godwynn later echoed sentiment, as they recalled making under $20 after performing for hours at a single venue.

As they envisioned their Black Havens, panelists also clashed on the importance of process and experiment. Branch said that he tells artists at BPT Creates that “We're not just letting any old thing in here because you're a Black artist.”

“It's like listen, you've got to be on top of your game when you do it,” he said. “This is not to impress those folks, this is to impress us. This is to allow us to have that room or to have that space and know that this is where the art is elevated.”

Godwynn pushed back on Branch’s comment. They argued that they should not have to hold themselves to a higher standard than their non-Black counterparts—particularly while making new work. Earlier this year, they praised the importance of experiment, self-reflection and internal dialogue when they released The Godwynn Experience Vol. 2.

“Why is it that I have to be excellent, or whatever, when excellence is already inherent to me as an artist,” they said “For being an artist, for being somebody who is Black and who is queer.”

browne-springer chimed in to say they create art for themselves and people just happen to like it. They noted the sheer amount of vulnerability that goes into reaching out to other artists without knowing the outcome. They reminded the audience and fellow panelists that leading with vulnerability may be key to building connections.

“I don't have an interest in competing, I'm sort of doing it more for a therapeutic nature,” they said. “So like if I'm satisfied with my art. I'm gonna go with it.”