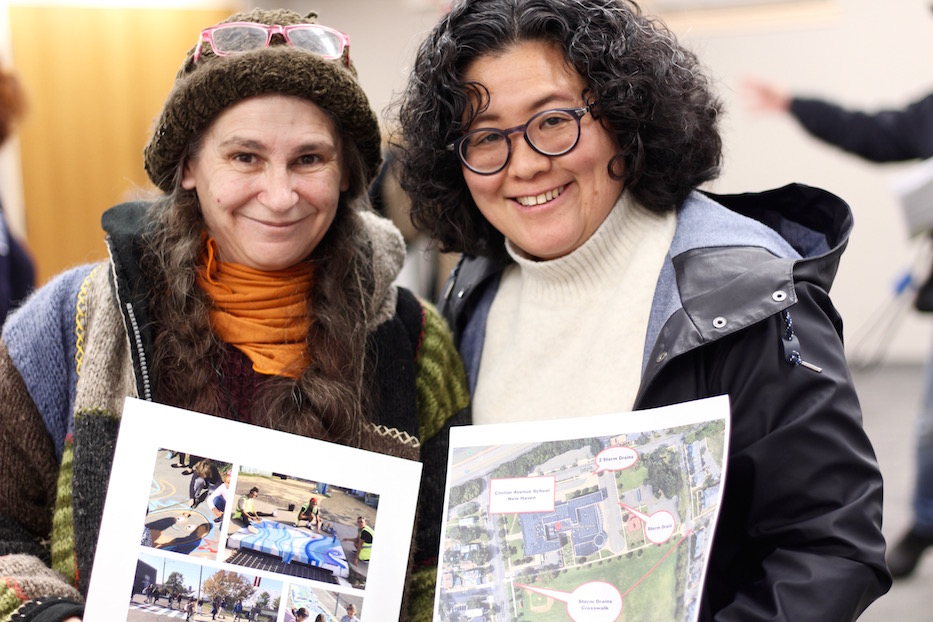 Are Fair Haveners more excited about an eco-art project for elementary schoolers, or an underpass mural for drivers entering the city? Do they want to see more funding for Quinnipiac Riverfest, or more students on stage when the New Haven Chamber Orchestra plays? What about tango lessons and fitness classes?

Those were just some of the pitches attendees heard Thursday night, as the members of the Fair Haven Community Management Team weighed in on how to spend the $20,000 the team gets in Neighborhood Public Improvement Program funding. Close to 40 attended the meeting, held in the basement of the Fair Haven Branch Library on Grand Avenue.

The Neighborhood Public Improvement Program is a project of the anti-blight Liveable City Initiative, which distributes $20,000 in funding to each of the city’s 12 community management teams. Thursday, attendees heard from 12 pitches, applicants set up around the corners of the room.

In addition to the 12, LCI specialist Laurie Lopez-Anastasio floated the idea of a neighborhood ambassador program similar to one Newhallville has been running for several years.

Only attendees who had been to five or more meetings were allowed to vote, the process for which takes place online. Others stayed simply to hear from applicants. Corresponding Secretary David Weinreb said that the results will be available by the team’s March 6 meeting, if not sooner.

The team will be using ranked choice voting, funding projects “until we run out of money,” said Vice-Chair Lee Cruz. 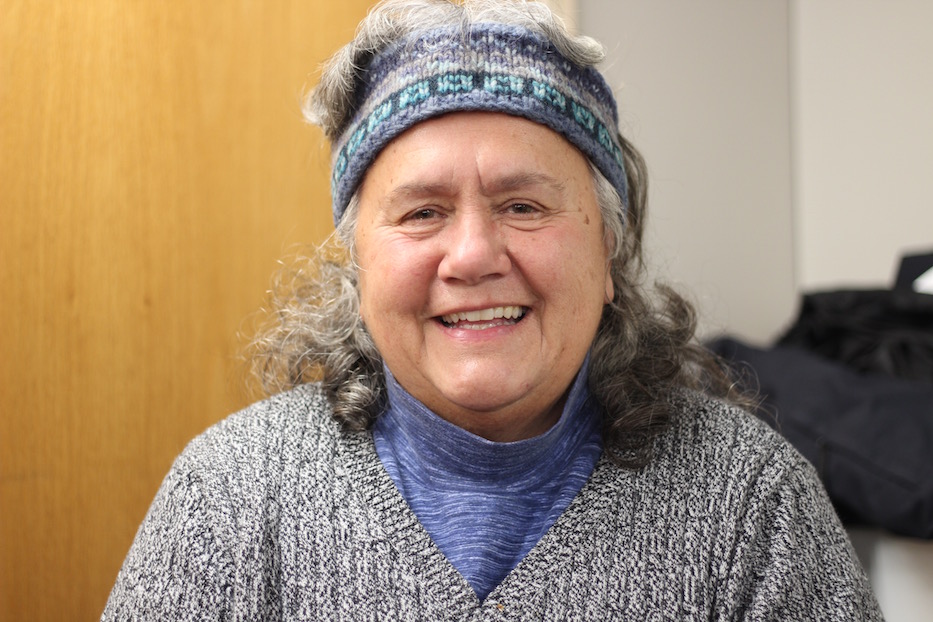 Scattered to all corners of the room, applicants delivered their elevator pitches to small groups, sometimes stopping midway to greet a friend or take a question. Weinreb bounced from pitch to pitch, listening as he counted down the minutes that attendees had left to make up their minds.

Many took on public art as a path to neighborhood improvement. Representing the artist Susan Regan, Mary Ann Moran talked attendees through a proposed mural for the underpass at Middletown Avenue and Front Street, a frequent point of entry into the city. Currently, she said, illegal dumping is a huge problem in the area. She and Regan are hoping that an homage to Fair Haven’s fishing history can change that.

For Moran, it would be a way to use public art to fight blight. Five years ago, she and Regan installed a series of portraits of neighborhood youth on posts beside the underpass. Now, she sees this as a large-scale continuation.

“It’s a good way to get people to stop doing illegal dumping,” she said. She noted the area’s long history in fishing and oyster farming, documentation of which goes back to the seventeenth century.

Moran did not have any renderings of the project, but said that Regan would be working on the design if the funding comes through. She has applied for $10,000. 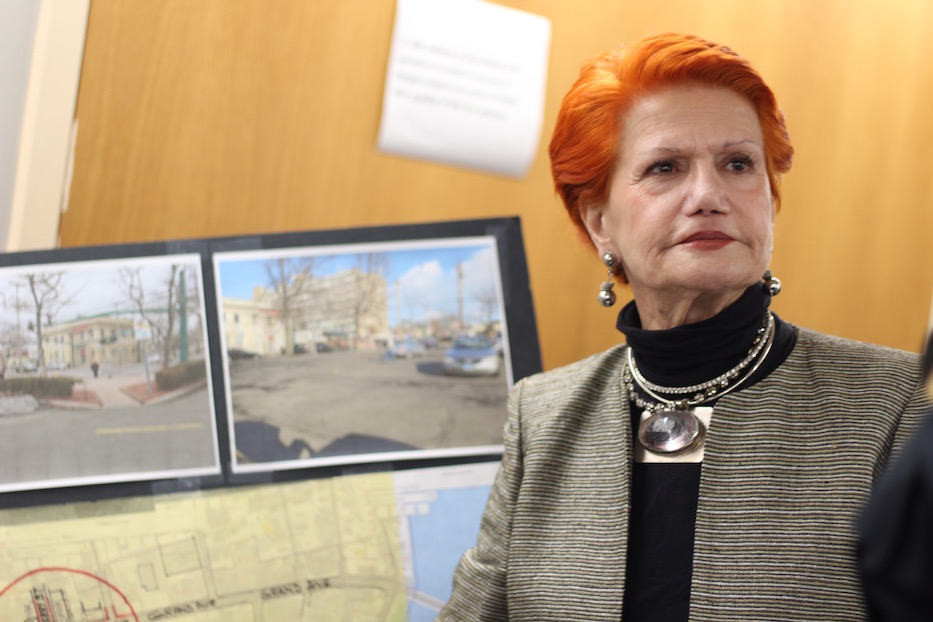 Nearby, several other attendees also proposed public space improvements. Developer Fereshteh Bekhrad has suggested $10,000 to $14,000 in street-level improvements at the intersection of Grand Avenue and Ferry Streets, to transform what she called a “dilapidated” and trash-riddled section of the neighborhood.

Currently, the intersection hosts a mixed-use commercial center with a C Town and Rite Aid, as well as two bank buildings across the street. In her plan, Bekhrad has proposed cleaning up the intersection to add an info pavillion or information kiosk, buffer zone for parking, and the installation of banners or flags celebrating Fair Haven.

With NPIP funding, Bekhrad said it could become a public gathering space for musicians, artists, and shoppers stopping in the area for local commerce. She noted the rich history of the area, which is just blocks away from the Grand Avenue Bridge.

“It’s a really interesting and important walk, but you don’t feel as if you are in the center of something,” she said, describing it to Fair Haven District Commander Sgt. Michael Fumiatti. “But this is the heart of Fair Haven.” 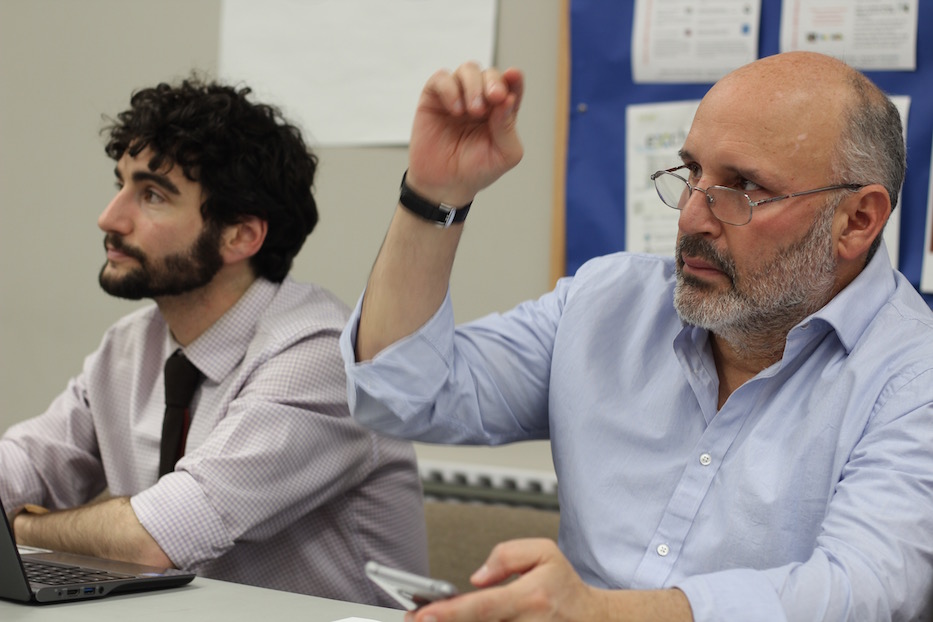 Beside her, Lee Cruz pitched funding for Fair Haven’s eighth annual Quinnipiac Riverfest, a neighborhood arts festival held in May of each year. While the festival’s overall budget comes in at just over $4,000, he is applying for only $2,000 in NPIP funds, to go directly towards paying performers.

He said the festival is already in discussions with Goodnight Blue Moon and Bregamos Community Theater among others, but has not yet sent out any contracts. If the funding is granted, it would make the management team the primary funder of the festival.

“We especially want people who don't live here in New Haven to see how beautiful the neighborhood is,” he said in an interview after last year’s celebration. “A lot of artisans are from the area so it's really a way to show off the community.”

Arts education played a role in several of the proposals. Giselle Cando, a growing entrepreneur with New Haven Farms and the New Haven Land Trust, stood close to the back with Ruth Torres and Jacqueline Maisonpierre pitching a $4,125 proposal that would fund three Fair Haven teens through the Land Trust’s Growing Entrepreneurs Program. 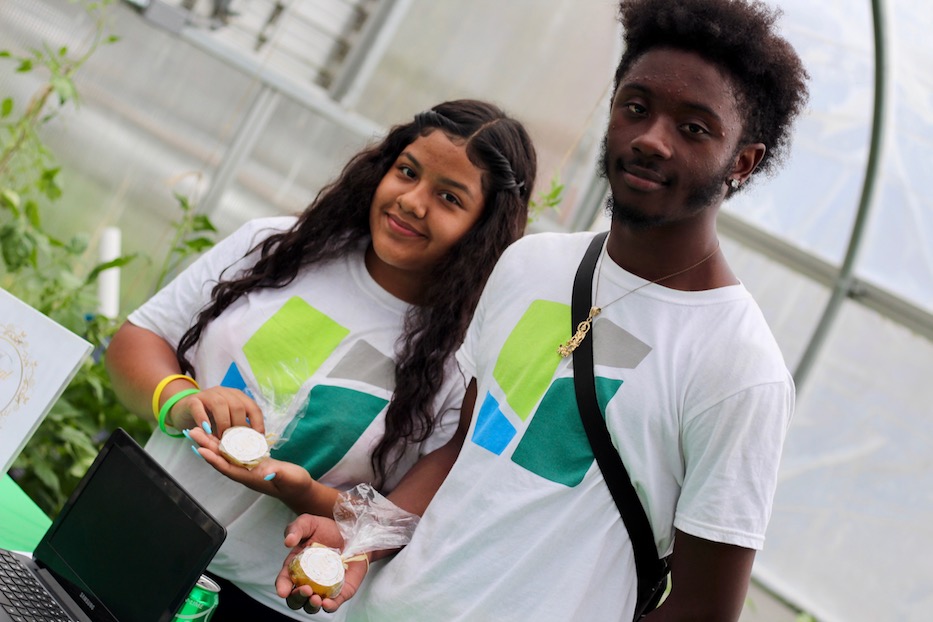 In a written proposal, Maisonpierre explained that the funding would cover compensation for the teens to work from June 29 through the end of August at $11 per hour for 25 hours a week. Remaining funding would follow teens who remained in the program through January 2021.

Cando, who has been churning out bars and discs of soap through her time as a growing entrepreneur, wants to see the funding go to her peers. She said that community development can’t happen if the program doesn’t have the dollars to support it. 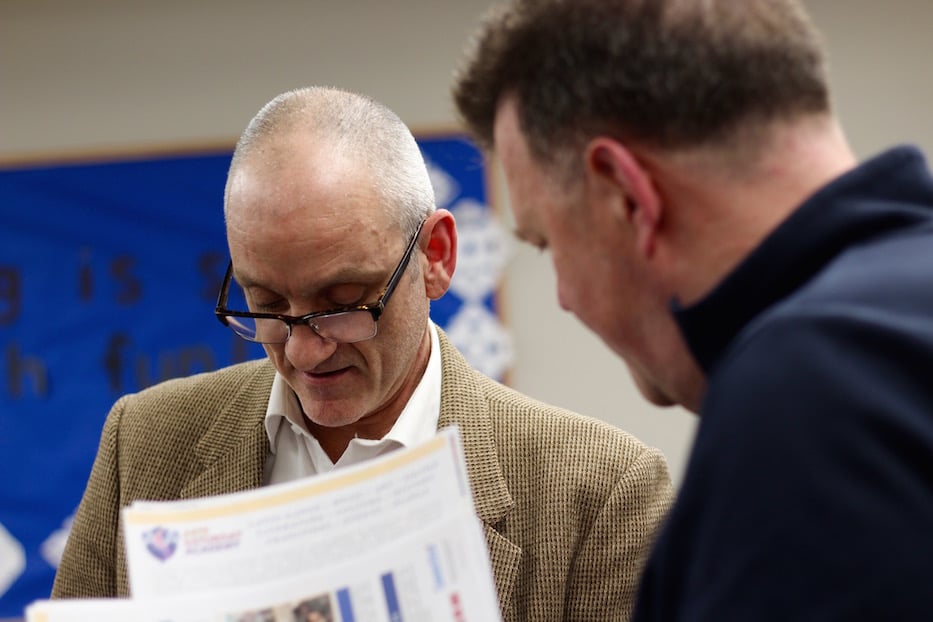 David Greco, who runs Arte, Inc. with Daniel Diaz, is applying for $5,000 to keep the organization’s Arte Saturday Academy running in the community. Currently, the organization budgets almost $22,000 for the academy, keeping costs as low as possible for parents while also paying its teaching artists.

Each Saturday, teaching artists gather with students to practice music, visual art, theater, and learn elements of bomba. Without it, Greco said, families in Fair Haven don’t have another option. The program is $20 per six weeks for students, with tuition-free options offered to kids who are experiencing houselessness or are Hurricane Maria evacuees.

“There’s nothing in the community to do for kids,” said Greco, who had brought a platter of cookies and frosted cupcakes for those that stopped to chat about the program. “There’s stuff downtown, but often that’s too far away and too expensive.” 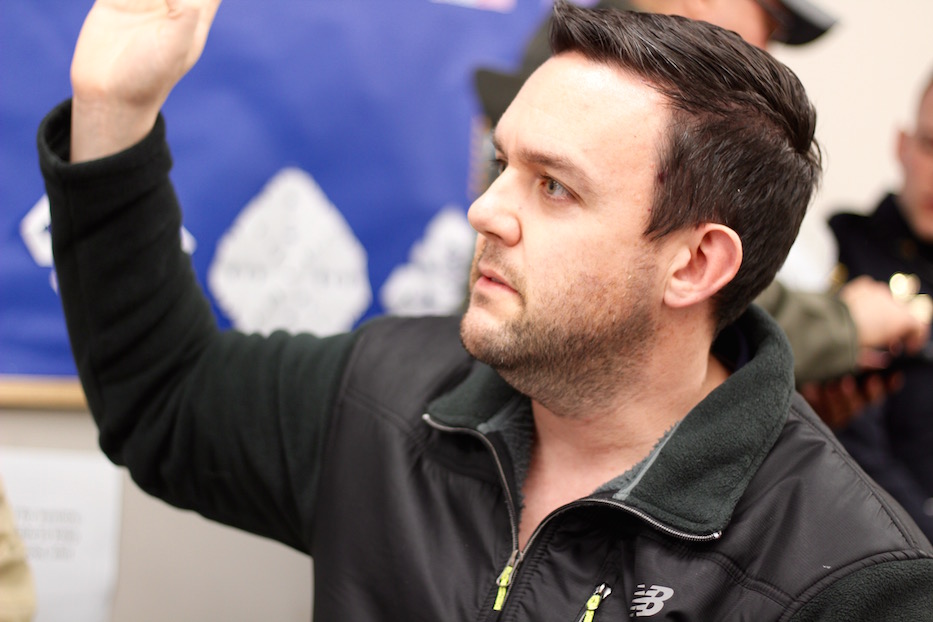 Beside him, music teacher Dan Kinsman (pictured above) pitched funding for the New Haven Chamber Orchestra (NHCO) to collaborate with New Haven Public Schools (NHPS) students. This year, the NHCO’s May concert is specifically dedicated to having young musicians play with the orchestra, with the opportunity of staying on for mentorship through the summer.

families and community members from New Haven and Fair Haven in particular,” read a narrative that accompanied the proposal. “We also hope that partnering more deeply with the Fair Haven School and the New Haven Public Schools music program will give more opportunities to New Haven’s youth to have choices for them to explore music beyond the school day.”

Tango enthusiast and clinical social worker Gerardo Sorkin came with his application for “Tango In Fair Haven,” a $3,000 path to community development through dance. Proposed for July 9-13 of this year, Sorkin’s program is designed to be completely free for participants, and offered in both English and Spanish.

He said that his goals include celebrating the neighborhood's vibrant diversity, enhancing cultural life, and giving neighbors a platform to meet and network with each other. 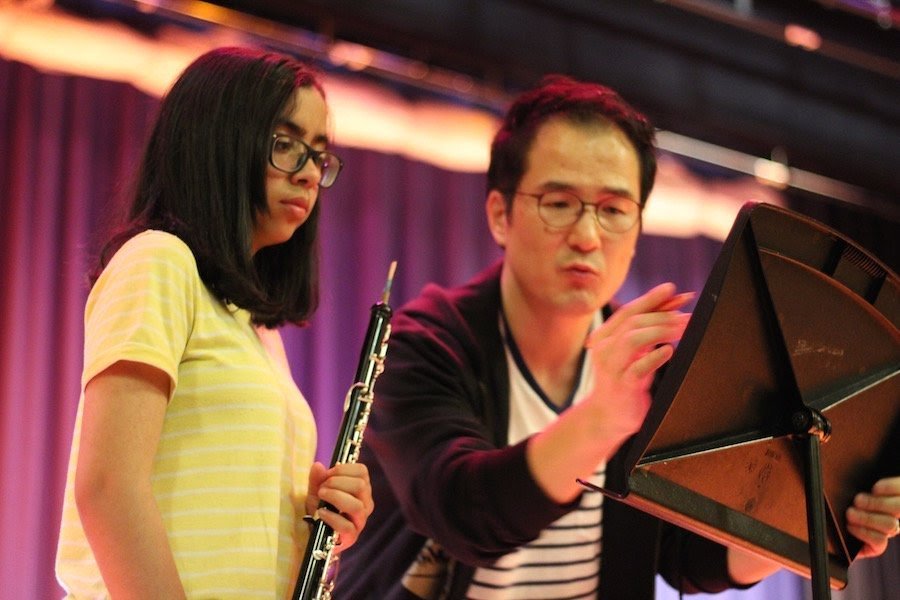 Close to the center of the room, Lots of Fish co-founder Joann Moran pulled attendees in to talk about the $2,500 that she is seeking for a storm drain art project with teacher Kattie Konno-Leonffu and her students at Clinton Avenue School. An artist and science teacher at the school, Konno-Leonffu called it a chance for her students to practice “citizen science” in their community.

Moran, who has already secured $2,500 through the city and is seeking the other $2,500 as a match, said she’s excited to partner with Konno-Leonffu and wants to get the project off the ground in the spring. In all, she has budgeted for coordination and police permitting, artist design and installation fees, presenters for eco-art assemblies, and safety egar.

"It's such an excellent opportunity to work with teachers that value the connections between art & science," she said.

Others focused on quality of life issues in the neighborhood, from physical health and youth programming to safe streets in the winter.

At the end of a breathless 30 minutes, attendees scrambled to get in last minute questions before heading out of the library and into the wet, drizzly night.

Allan Appel, a reporter with the New Haven Independent who also lives in Fair Haven, said that he wished he’d had more time to hear from each NPIP applicant. He was disappointed to learn that he’d missed the chance to vote by just one management team meeting.

“I think we need to take that feedback seriously and figure out a better way to do it,” Cruz said. “We’ve never done this before. This is a new format.”