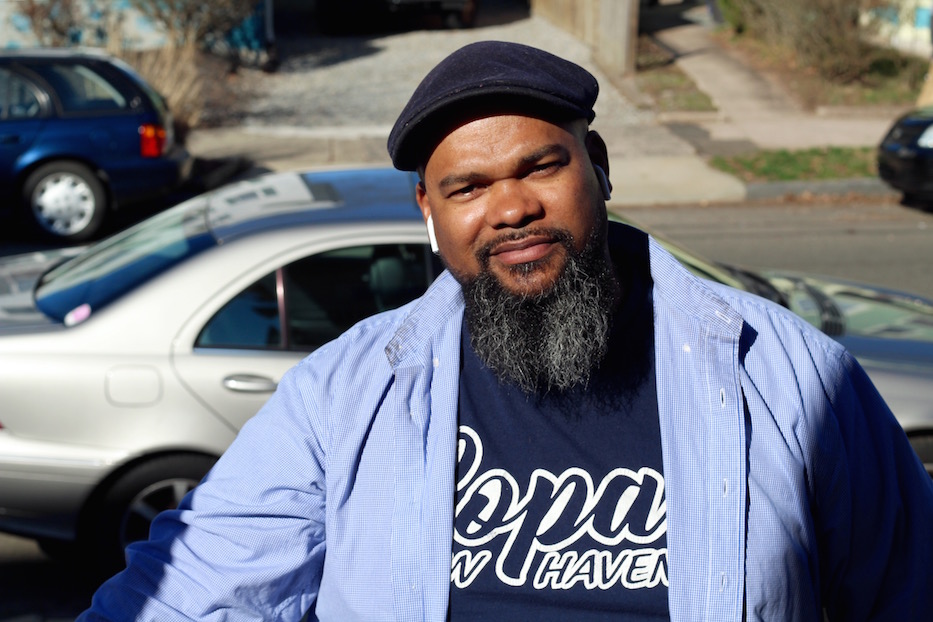 Two brothers are tweaking the recipe on how to feed the body and the soul in a time of crisis: homemade soup delivered without handshakes, hugs, or any contact at all. Not just for customers who can pay, but also for those who cannot and still need a hot meal.

That’s the idea behind Sopa Loves NH, a new small business initiative from brothers and Sopa! New Haven co-founders Eric Rey and Alejandro Pabon-Rey. Last week, they rolled out a soup donation option on their website, through which they are offering hands-free soup delivery to individuals and families who may be in need of a hot meal.

They are also continuing their regular soup delivery with new precautions, including latex gloves, socially distanced drop off, and an industrial kitchen that is sanitized constantly as they work. The initiative relies partly on community support: the brothers have asked people to write in with email addresses and phone numbers of folks who may be food insecure during this time.

“This was a spur of the moment sort of thing,” said Rey on Saturday afternoon, midway through a weekend dropoff run. “It’s easy. If you know someone, you get online and list their name and number, and we’ll do the drop off. The minute I started thinking outside myself I instantly started feeling better.” 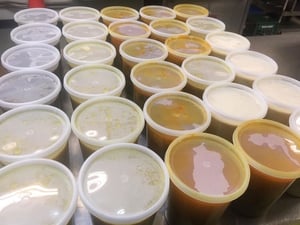 For Rey, it’s a way to give back to the community that raised him. A graduate of CitySeed and Collab New Haven’s Food Business Accelerator and former entrepreneur-in-residence at the New Haven Free Public Library, he grew up in New Haven and has made a life here.

Already, he has felt the strain of COVID-19 on his family, as frequent visits to his mom in the city’s Hill neighborhood have come to a halt.

So when he and Pabon-Rey cooked up the idea for food donations, “it felt natural.” The two now run their food micro business out of the industrial kitchen at St. Paul & St. James Episcopal Church, which they secured through CitySeed. While they rent space each week, the church has donated the extra hours it takes for them to make and pack quarts of donated soup.

By last weekend, the two had made 56 quarts of ready-to-donate soup, including 25 that they pledged up front. Of those, Rey had delivered seven by Saturday afternoon. He said that for every quart someone bought for themselves, there were at least two donations. In a community where COVID-19 cases have been mounting by the day, he suggested that it is a small and meaningful thing the brothers can do to help.

“There’s sort of a palpable tension that I’ve felt that I didn’t feel before,” he said.

He recalled doing errands at Stop and Shop and watching as customers rushed around the store without much regard for each other or for the workers who were checking them out one by one. He stopped to ask an older woman, who was struggling with her cart and her cane, if she needed help. She said she was fine. He left frustrated.

While he is a little worried about what will happen if food supplies run short for the next batch of soup deliveries—as a small business, the two buy fresh ingredients at Stop and Shop, Walmart, and some of the city’s Asian markets each week—”we’ll improvise if we have to.” Currently, soup donations default to Sopa’s vegan options, so that good intentions don’t run up against dietary restrictions.

The two are also taking extra precautions as they cook. They’ve been wiping down burner knobs, cleaning the counters more often, and wearing extra protective equipment when they cook and deliver the food. Rey leaves the soup on porches so people don’t have to do a handoff. Rey said his hands have taken the brunt of it as he’s washed them obsessively.

“There’s not enough lotion in the world for them,” he laughed. “It’s obscene. Raggedy is how they look. That’s on the record.”

To donate soup or sign up for a soup donation, visit Sopa Loves New Haven or contact sopanewhaven@gmail.com for more information.