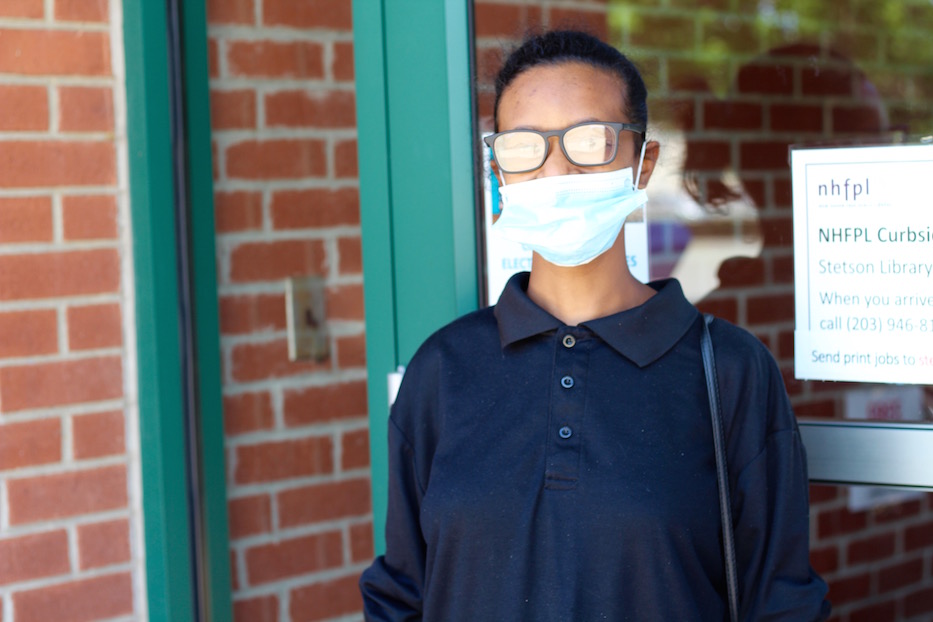 Kashmir Keen stood outside the back door of Stetson Library, smiling through a sea-foam blue surgical mask. Around her, an ocean of asphalt stretched out, soaking up the sun. Through the glass, Library Assistant Rhonda Taylor appeared with a two-page printout for her. Her blue eyeliner shimmered in the sunlight, even behind a city-sanctioned face shield.

This week, Keen was one of the first New Haveners to return to the Stetson Branch Library as it rolled into curbside pickup and printing help for patrons in the Dixwell neighborhood. The partial reopening comes one week after the other four branches of the New Haven Public Library opened to curbside pickup.

Stetson has taken extra time because it is weeding old books from its collection before a move to the new Q House, scheduled for spring 2021. In its first week, it did three printing jobs and one pickup. By this time next year, it is supposed to be up and running across Dixwell Avenue.

“The library is everything,” Keen said. “The closure was a hard hit for our community. Curbside—it’s not the same, but I was excited for it.”

For Keen, who lives nearby on Ashmun Street, the loss of the physical space during COVID-19 was a huge blow. Keen grew up in New Haven: the library has been a constant presence in her life since she was a kid. Before coronavirus-enforced closures swept through the city in March, she used the library for college research papers and browsed the stacks for favorite books. Her 10-year-old son Alonzo loved visiting the branch to play chess with the library’s S.P.O.R.T. Academy.

While the library has expanded its offerings online, she misses its neat bay of computers, in-person research help, live story time and weekend programming. She said she is feeling it acutely now, when Alonzo and his peers are out of school, and would otherwise be at Stetson for skateboarding lessons and its Saturday morning STEAM Academy. When she learned that the state's phase two reopening did not mean the library had to reopen its physical spaces, she was disappointed.

Currently, the library is continuing summer learning online, with virtual programming that runs from July 13 to Sept 30. Stetson has worked to keep its branch identity alive: Artsucation Academy Network Founder Hanan Hameen still holds her “Africa Is Me” sessions on the last Tuesday of each month over Zoom. 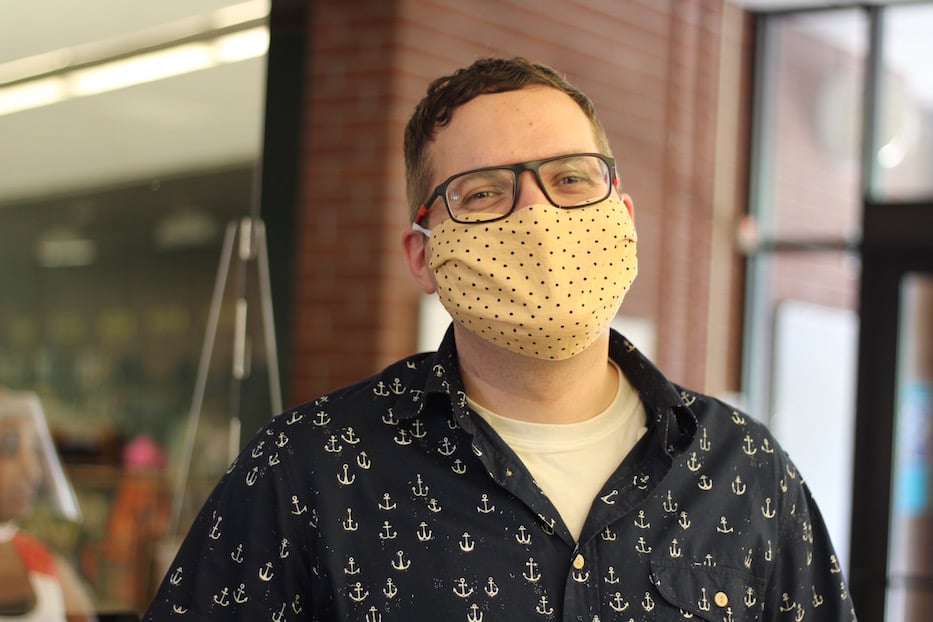 Each Monday, Young Minds Librarian Phillip “Mr. Phil” Modeen also releases a new storytime video, for which he is learning American Sign Language (ASL). The library has also partnered with People Get Ready Bookspace to provide prizes for young readers who do summer reading—including an option to call the library for families struggling to bridge the digital divide.

Inside, librarians have been busy getting rid of old books, and “building up our core collection,” said Modeen. Along the walls, shelves are thinner than they once were, a sign that the library is preparing to leave the plaza where it has been since 1968.

In the meantime, faithful patrons have slowly started returning for curbside pickup. Theodore "Ted" Brooks, Jr., who works just three doors down in the Dixwell Plaza, came by early in the week to pick up a copy of Tom Clancy’s Full Force and Effect, a favorite that he’d been itching to revisit. 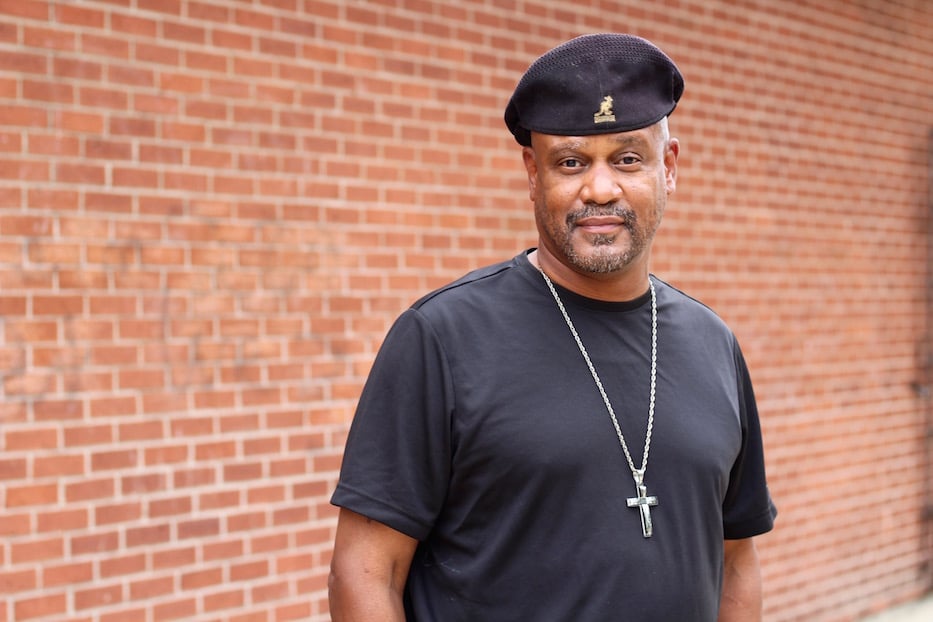 While he has his own home library, he frequents the library for favorite titles in espionage, mystery, and Black autobiography, from Tom Clancy and David Baldacci to Barack Obama. In his words, he chuckled behind a mask, “it’s cheaper to rent than it is to own.”

A lifelong New Havener, Brooks is the founder of Innovative Planning, which runs out of the Greater New Haven Business and Professional Organization (GNHBPO). Before he was a Stetson devotee, he loved the Ives Branch, which he visited as a child when it was still on Chapel Street.

When he became a dad 29 years ago, the library was one of the first places he took his kids. He wanted to pass his love of reading on—“I was reading to them from the time they were in the womb!” he said—and he has.

Now, reading is a sacred, hard-fought pastime that he slips in between work, golf, family, and religious obligations as the associate pastor at Ebenezer Chapel on Dwight Street. Sundays are out, he joked: if he isn't preaching, he might be attending to his dad, who is the pastor at Beulah Heights First Pentecostal Church. 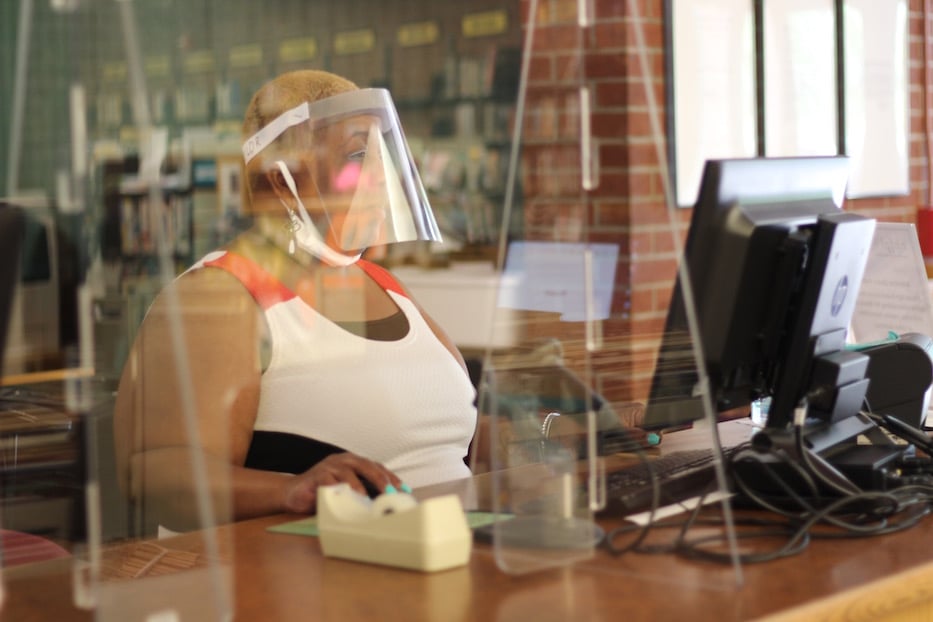 He praised Stetson Branch Manager Diane Brown, with whom he became fast friends eight years ago, for her continued efforts to keep kids reading through a pandemic. He added that he hopes young readers are able to take advantage of curbside while the building's doors remain closed.

“I love it,” he said. “I was the very first person to come by. I love the fact that they are open. It is vitally important.”

“The library is where dreams are built,” he continued. “And reading is the infrastructure of dreams. I think that it is important that children have books as an opportunity to enlighten their world.”

To find out more about curbside pickup and summer learning at the New Haven Free Public Library, visit its website.