Freddy Fixer Focuses On Its Future 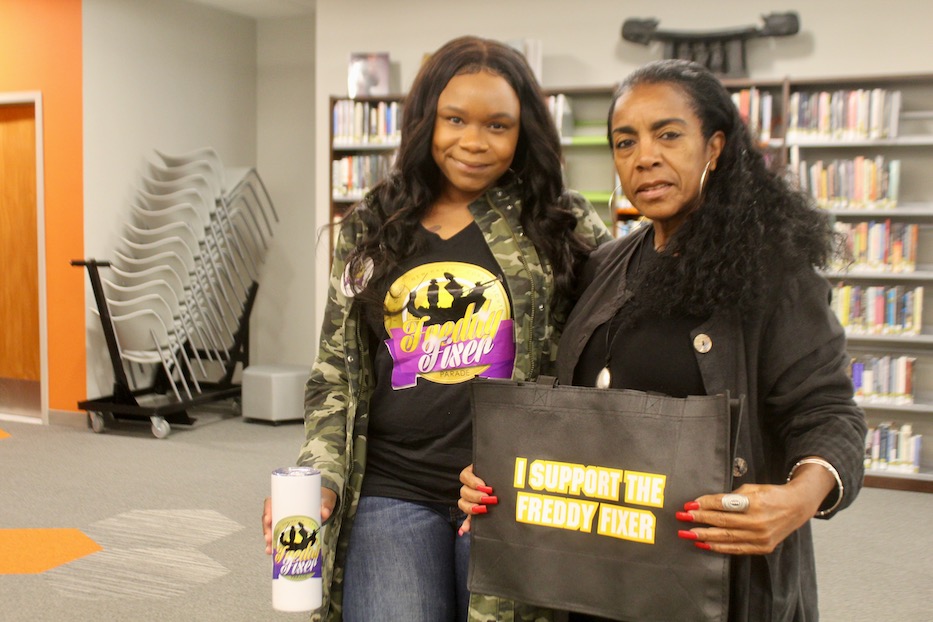 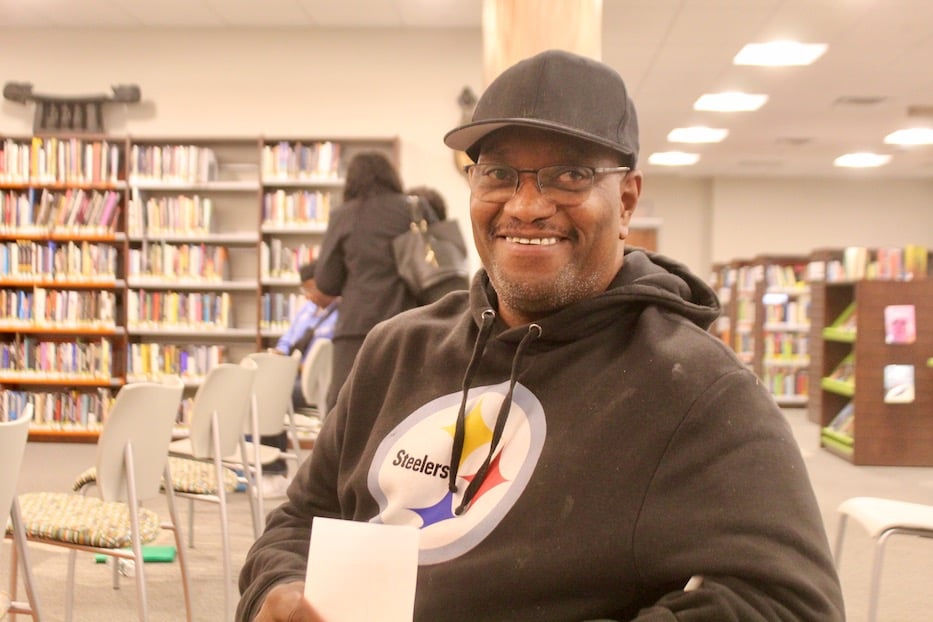 Arnold Hunter can remember when the Elm City Freddy Fixer Parade still rolled by his childhood home on Goffe Street, and his family gathered outside to watch. Tayvon Berryman thinks about his first Drill-O-Rama, and wants to bring that magic back for a new generation. Hayden Worrell and Michael Gittens are just trying to get back to parade day, because they've missed it so much for the past two years.

Now, all of them are part of a community effort to rehabilitate the Elm City Freddy Fixer Parade, scheduled for a full weekend of events in early June of next year. Last week, two dozen attendees and members of the Elm City Freddy Fixer Parade Committee (ECFFPC) gathered for a community meeting on the second floor of the Stetson Branch Library at 197 Dixwell Ave., to figure out next steps for the parade’s future.

As it stands, the parade will return to its roots as a three-day affair, timed to coincide with the Dixwell neighborhood festival. The festival is currently scheduled for June 3 of next year; the parade will follow on the 4th. The last parade took place in summer 2019, during the 55th year of ECFFPC celebrations. 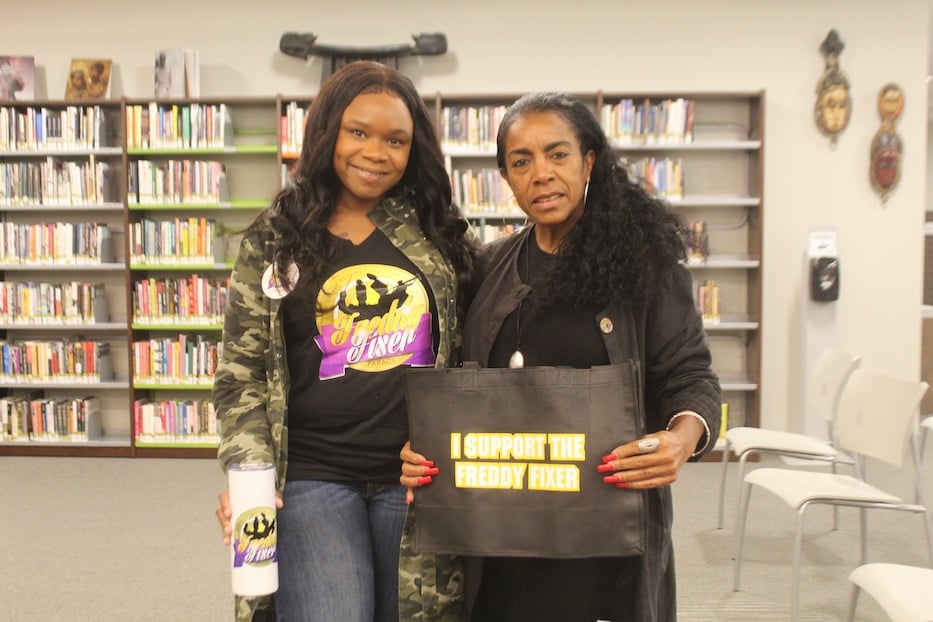 “It feels great,” said Chanelle Goldson, a longtime organizer with the parade committee who was named president earlier this year. “It is always a huge undertaking, but I feel that everything that I’ve learned up to this point has prepared me for this position. I feel like there’s a lot of youth excitement in the community.”

Born out of a neighborhood clean-up in 1962, the Freddy has been in transition since February of this year, when board members Diane Brown, Petisia Adger, and Jacqueline Glover announced that there would be no 2022 parade due to a new ordinance from the New Haven Board of Alders. In particular, they said, the ordinance meant that the cost of the parade, particularly paying for police overtime, could total over $100,000.

It was a number that felt prohibitive for this year, Goldson said. While the city offered to help negotiate costs, as first reported in the New Haven Independent, the ECFFPC took the year to rebuild. The committee is now actively trying to raise funds and build excitement around a comeback. After launching a GoFundMe campaign and holding its annual gala last month, it has turned its focus to next June, and to the long-term future of a parade that is now a New Haven institution. 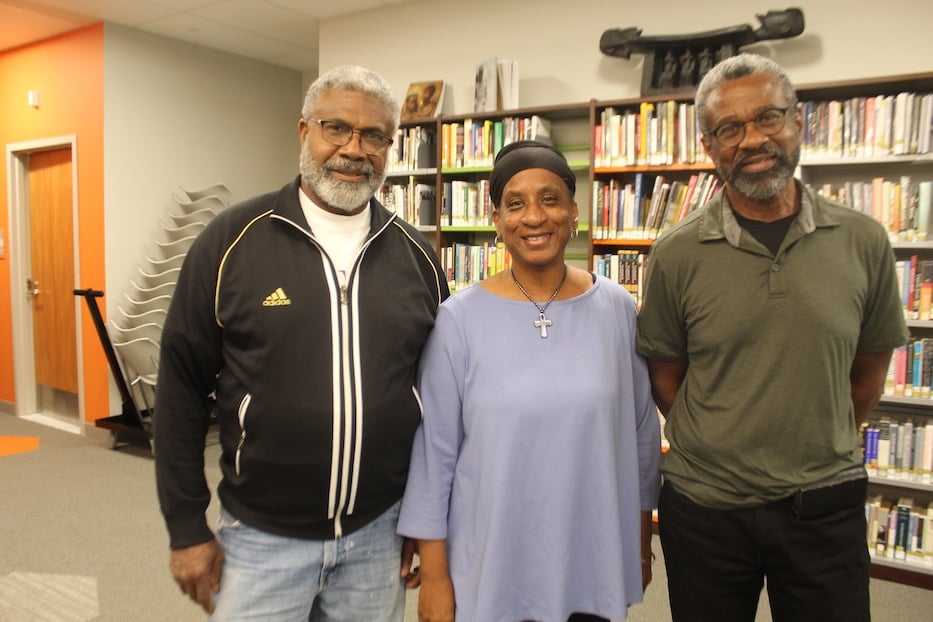 “It’s culturally and historically significant and it’s up to us to keep it going,” Goldson said. “We want to be self-sustainable. Back in the day, all the businesses, all the churches, they made it happen. We need that buy-in from the community.”

Wednesday, attendees listened quietly as Goldson listed upcoming events, then opened the floor to suggestions. In addition to a growing membership program, new merch campaign and monthly meetings at Stetson Library, the parade is rolling out a schedule of activities this fall, including a “Day of Dialogue” with students at Amity Regional High School and fundraising drive with Savers, through which the store will buy second hand items directly from the committee.

And yet, that fundraising goal can seem far away, Goldson said last Wednesday. Earlier this year—and despite the fact that the Freddy is very much an arts event—the parade committee was turned down for grants from the Connecticut Office of the Arts, the Community Foundation for Greater New Haven and the Arts Council. It has raised only $500 of a $50,000 GoFundMe goal. Even as she sources neighborhood input, Goldson said, she isn’t seeing the same level of support that the parade had before the Covid-19 pandemic hit New Haven.

“These funds, we have to be the first ones to support it,” she said. “The art is significant, especially for us. It’s a year-long grassroots effort.” 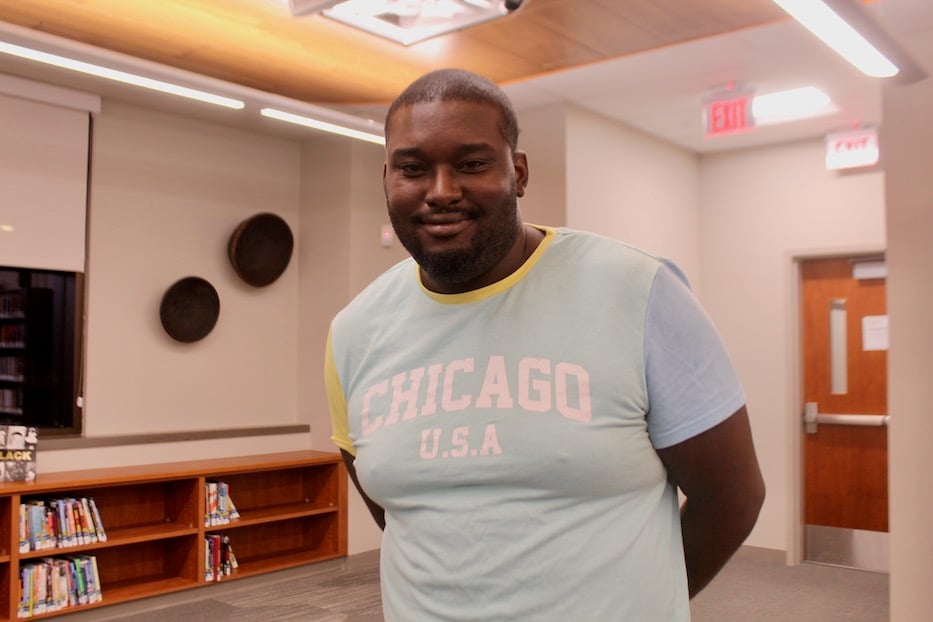 That’s where the community piece comes in, she said last Wednesday. In addition to building support in New Haven’s historically Black neighborhoods, she wants to collect ideas that will not just help the parade come back, but help it thrive for years to come. From the back row of chairs, 31-year-old Berryman piped up. After listening quietly, he jumped in with a new-old fundraising idea.

The founder and coach of New Haven’s Village Drill Team, he wants to see the return of the Drill-O-Rama competition that was long a hallmark of parade weekend—and believes it can also bring in vital funding for the event. For years, the Drill-O-Rama gathered teams from across the city to compete against each other, drawing hundreds of attendees. The parade could charge admission for competing and for attending, he said. In return, organizers could have a rule: teams in the competition also march in the parade. The weekend becomes a celebration of their craft and of community.

“I grew up in New Haven, and the parade was everything,” he said. “Everything!”

What made it such an event was the chance to see drill teams from across the city, he added. As a young New Havener, Berryman entered the parade as a drummer, and then switched to drill and dance around 2004. For six years, “I drilled with every team,” he said, rattling off names that included Mob Squad, Nation, Fuson, and others. After graduating from Cooperative Arts & Humanities High School and bouncing around as a coach, he founded Village three years ago as a way to pass that tradition on.

With a Drill-O-Rama, there’s also the potential for reaching new audiences, he said. Most of his team members use TikTok as their primary mode of communication and information collection. Many of them also have community service requirements in their schools—meaning that the Freddy could enlist their help as social media interns.

When a few attendees worried that students might post inappropriate content, Berryman shook head. “Jesus is at the top of all we do,” he said with a sweet, certain smile. When he isn’t coaching, he’s a minister.

Around the room, attendees agreed that the competition could build interest in the weekend.

“That’s how you win over the youth,” nodded Iman Hameen, a filmmaker, multimedia artist and community organizer who served as parade coordinator from 2015 to 2018, and has remained engaged and active since. Last month, the committee honored her and her daughter, dancer Hanan Hameen, for their work with the ​​Official Juneteenth Coalition of Greater New Haven (JCGNH). 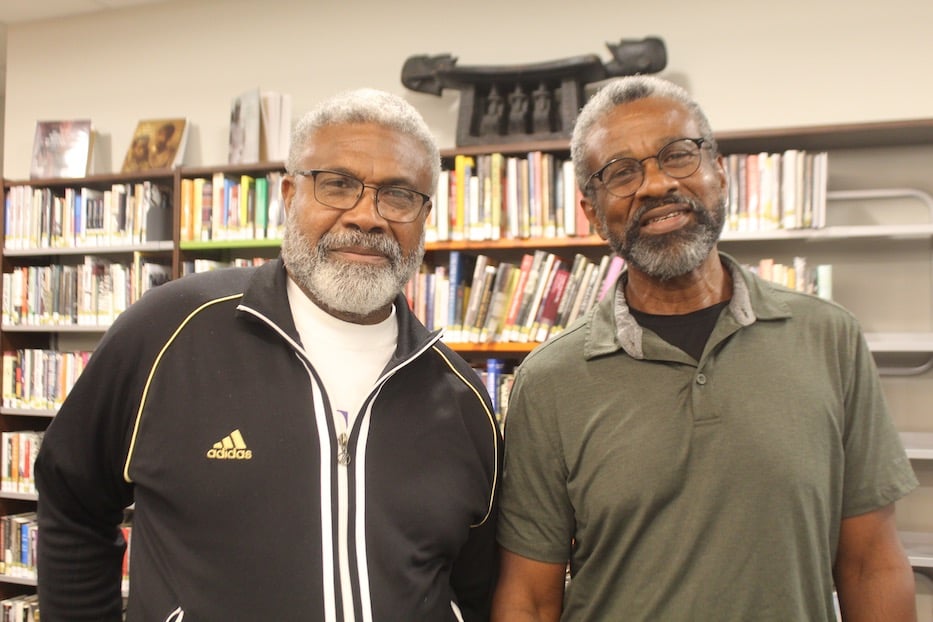 Other attendees said they are excited for the parade to return, and plan to do their part in drumming up community interest. Hunter, who retired from his job as a guard at the Yale University Art Gallery during the Covid-19 pandemic, remembered growing up in the St. Martins Townhouses when the route still moved past his house on Goffe Street. His father was the building superintendent, which meant that parade day “was a big day for us.”

“It was a fun thing for us to do in the city,” he said. When he became a father himself 26 years ago, he would lift his daughter Dominique on his shoulders, so that she could see the action from the best seat in the house. He remembered bringing her several years in a row, and delighting in the parade as he watched it through her eyes.

Over the years, it seemed that the parade “got smaller and smaller,” he said. He’s missed it for the past two years. So when he heard that the parade was asking for community members to come out, he connected with Brown over social media. Their exchange got him to Stetson.

“It means everything,” he said of the 2023 return of the parade. Hunter now has three grandchildren all under the age of five, and he’s excited to introduce them to the parade for the first time.

Seated in the same row, friends Worrell and Gittens said they are excited to march once more as members of the Trinbago American Connection of Southern Connecticut, which has held a place in the parade since 2018. For Worrell, it’s a chance not only to spread knowledge around Trinidad and Tabago and the Caribbean diaspora in Connecticut, but also to “exchange culture” in New Haven’s oldest and most historic Black neighborhoods.

To get involved with the Elm City Freddy Fixer Parade Committee, check out their website or find them on Facebook.