Artists Unite To Bail Protesters Out 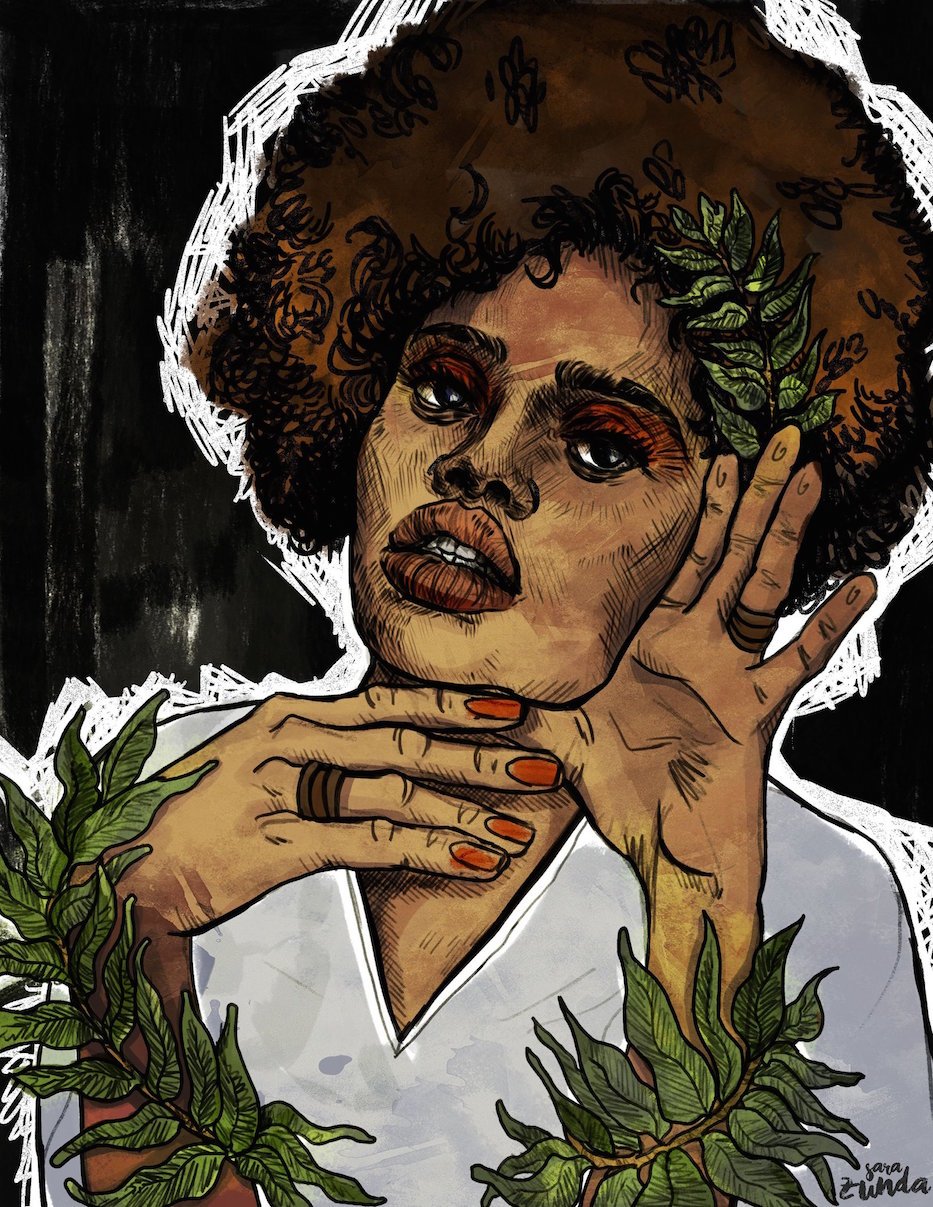 The woman looks out, lids heavy and bright with flame-red eyeshadow. There are bags under her eyes, a sort of plea there. Her left hand cups her cheek. Fingers fan out. The right reaches to her throat. Ferns climb up her arms, sprouting deep, veined green leaves. One rests in the tight curls of her afro, as if it was always supposed to be there.

She is at once regal and exhausted. Her mouth opens, teeth still clenched inside.

Sara Zunda’s Growth is one of over 70 pieces in a new virtual Bailout Gallery, an artist-led effort to support bail funds in Connecticut, New York, and Minnesota as protests continue around the state-sanctioned murders of George Floyd, Ahmaud Arbery, Breonna Taylor and Tony McDade.

The gallery was started this week by artist Amira Brown, an illustrator and cartoonist based in Westville. After a soft launch with over 40 artists Thursday, Brown said she plans to continue the effort as long as it is sustainable. One hundred percent of the proceeds go directly to bail funds. The work is also supported by Attack Bear Press, which is based in Massachusetts. 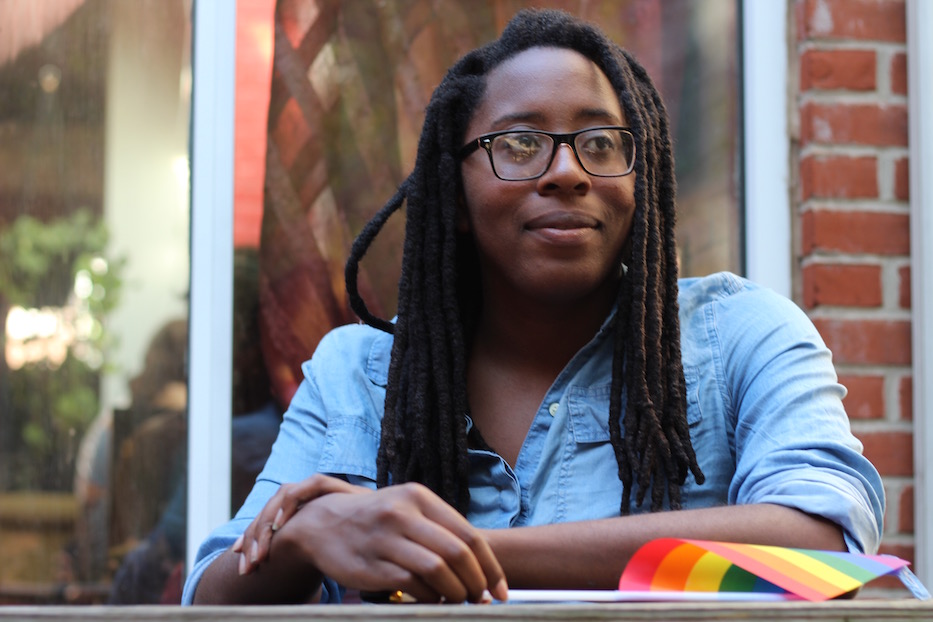 Brown started work on the gallery last weekend, as she and Westville artist Molly Gambardella found themselves texting back and forth about the protests in New Haven and nationwide. Brown felt for the protesters on a level that was both deeply personal and intellectual: she is a Black, queer woman, who often brings those intersections into her own practice.

She also believes firmly that protesters have a right to gather peacefully. As she watched police brutality escalate across the country, she was horrified. Then she was sad. Then she was just exhausted.

She thought about her own work, which has recently included a tribute to refugee women, effort to get out the vote, and critiques of late-stage capitalism. She thought of her personal hero Emory Douglas, an American illustrator and graphic designer who worked on the original Black Panther newspaper 50 years ago in the 1960s. She thought about the number of artists who have used their work to become freedom fighters and comrades.

From left to right: Ana Henriques Flis' To Live In This World (screenprint); Brittany Arita’s I beg you to discover this country (Acrylic paint on matte board); Andrea Perez Bessin: Neosincretismo: calabaza (artist’s proof).

“I was like, ‘maybe I should make something to donate,’” she recalled. Bail funds seemed like the most logical recipient: they work directly to post bond for those who are arrested and kept behind bars. They’ve also been doing direct service work to end the carceral state in the midst of COVID-19, as the pandemic turns prisons, jails, and detention centers into death sentences.

When Brown put a call out on social media, “I expected maybe 10 people” to respond, she said. Instead, she heard from over 40 artists, including some who had also been looking for an opportunity to turn their art into activism and offered up multiple pieces. Media poured in: woodcuts, screenprints, pieces of jewelry, sculptures, paintings and embroidery.

As the gallery opened to the public Thursday, seven pages of artwork greeted viewers. Oil portraits found their way next to sketches in crayon and gouache. A huge, bright lichen peeked out on page six, sandwiched between a collage and black-and-white monoprint. Closer to the front, tight black fists cut through the air, in a universal symbol of Black Lives Matter. Collages blinked in a shock of bright color and newsprint.

In less than 12 hours, Brown had raised over $2,000 for the funds. She said it was important to her to get the gallery up quickly, as protests continue across the country and spill into this weekend. That includes her home city, where a rally is planned for Friday.

Currently, money is going to the Pimento Relief Fund, Black Visions, Liberty Fund and Connecticut Bail Fund. Brown has also urged followers of the project to donate independently, and has included a spreadsheet with additional websites and resources.