The sound of jazz music and salty aroma of chicken nuggets wafted through the evening air. A few artists and artists-in the-making gravitated towards a row of empty easels. While children played hopscotch and giant Connect Four, parents sat off to the side with glasses of wine and oozy, fragrant grilled cheese sandwiches.

That was the scene this past Friday at New Haven’s Night Market, back after a frigid success in the city's Ninth Square neighborhood in December. This time, the weather was summer-like, bringing out hundreds of New Haveners in t-shirts, shorts, skirts and dresses. Over 40 local businesses, artisans and vendors lined College Street, many overtaken by lines as sun-soaked attendees sought out Garden Catering, the Caseus Cheese Truck and the less ooey-gooey Life Bowls. 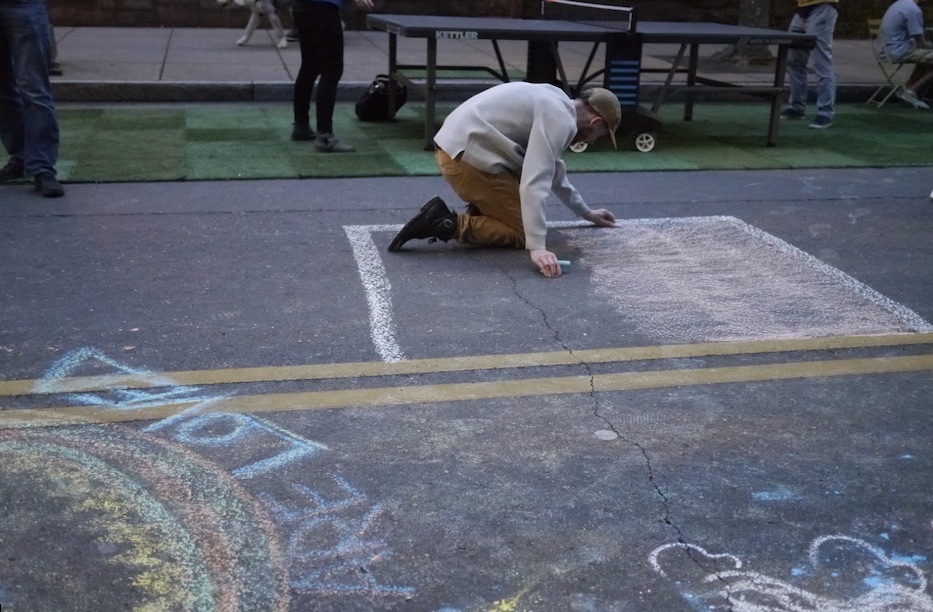 On one section of the street, chalk art unfolded from artists Vic Byrne and Tom Joad. They had stiff competition nearby, where a corner of the upper New Haven Green had been transformed into a mini gaming arena. There, friends, families and neighbors hopped into an adult-sized game of Connect Four, as well as chess, ping-pong and giant Jenga.

Occasional grunts floated up from the games, joined by the clatter of blocks as Jenga towers fell, and games began all over again.

Away from the long lines of people waiting for grilled cheeses and acai bowls, artist Ruby Gonzalez Hernandez worked on a new abstract painting of the New Haven Green. Her hands moved in a fast, buzzing ballet she blended in the orange and gray oil pastels she was using.

This spring, Hernandez is one of several young artists creating multimedia work in an effort to turn empty downtown and Ninth Square storefronts into temporary installations, many featuring light and bright colors. Hernandez said the project, a collaboration between Educational Center for the Arts (ECA) and the Town Green District, comes from the idea that light and art will deter crime. This will mark the project’s second year downtown.

Hernandez and several of the artists are alumni of ECA (at least one is a current visual arts student). As she stood at another table, ECA Visual Arts Chair Johanna Bresnick described the project as a “full circle of mentorship,” referring to the fact that some of the art being displayed in these storefronts is from ECA teachers who are also full-time artists.

In addition to tables dedicated to hands-on activities, booths showcased work from vendors such as Westville-based artist Kate Stephen, whose delicate, intricate creations are adorned with healing crystals and crafted into funky metal shapes. Other vendors included Planned Parenthood of Southern New England, Vic’s Gauc Shop, and Breathing Room yoga among several others.

Not everyone enjoyed the warm weather. Naff “Naff Naff” the Samoyed spent Friday getting stopped left and right by many fans. As the dog sweat it out beneath its coat, Naff couldn’t get very far without being asked for a pet or a picture. 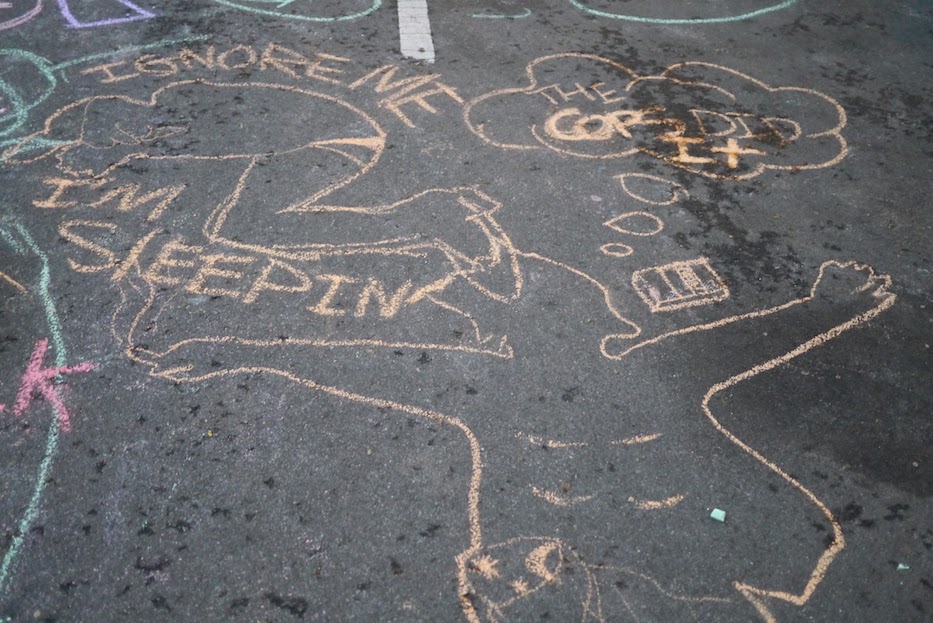 But most welcomed it with literally open arms, big smiles and huge scoops of ice cream from Arethusa Dairy’s nearby shop. Weaving through the booths, New Haveners Jessy “Griz” Griswold and Joel Calloway said that they’d made a conscious decision to come out after missing the last night market.

“The weather is perfect,” they said.