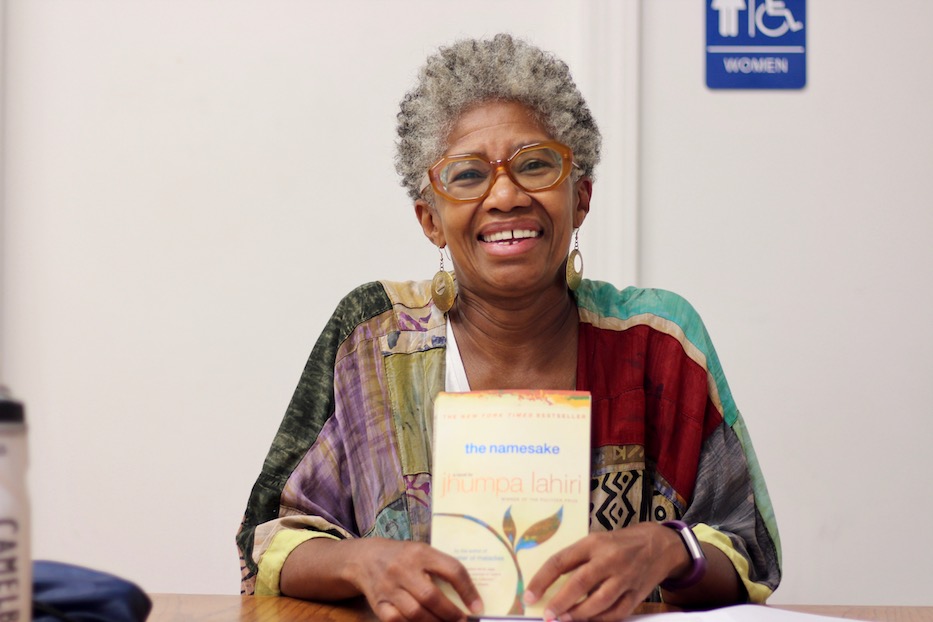 The inaugural Elm City Lit Fest will still be happening. It’s just taking some time to rework itself online—and into podcast form.

IfeMichelle Gardin is formulating that plan from quarantine, as she reimagines a book festival meant to celebrate authors across the African diaspora. Three months after COVID-19 pushed her to postpone the event, she has been working through how to connect with authors in an age of earbuds, audio snippets, and one-inch boxes on a screen.

“I wanted to create a festival that has a celebration of literature, and focus on literature from the African diaspora,” she said in a recent interview. “African American and African-Caribbean writers."

Now, she’s doing that without bringing people physically together—at least for the time being. Originally, the Elm City Lit Festival was set for the end of April, at the Connecticut Center for Arts & Technology (ConnCAT). In March, a wave of COVID-19 closures made gathering impossible for the foreseeable future. ConnCAT closed its doors while it continued work in the community.

While the festival is tentatively scheduled for late September, it remains unclear whether gathering will be safe at that time.

When faced with the pandemic, Gardin pivoted. Instead of canceling a Whalley/Edgewood/Beaver Hills book club she was running out of People Get Ready Bookspace, she moved it to Zoom and urged members to bring some of their favorite poems to sessions. She joined playwright and director Sharece Sellem for the Quick Quarantined Play Festival, which is now entering its seventh week. And she began to think: how does one fête literature without the authors and the people present? At least, until gathering is safe again.

It’s a question that arts-based festivals have been asking across the country. Some, like the Bay Area Book Festival, have moved their work online. Others, including BookCon, the London Book Fair, and Edinburgh Book Festival, have mothballed their programming through 2021. In the city, there was a local example in the International Festival of Arts & Ideas, which moved its programming online in mid-April and is running a longer, entirely virtual program from mi-May through late June.

Eventually, she said, she hopes “we can get out of this so that we can socialize more and be able to have the book festival so that people can meet and greet the writers in person.”

But until that day, she’s looking at how to keep the celebration going in virtual space. In lieu of a physical event this spring, Gardin has started sharing information on how local authors, poets, and creatives are making work online. She’s been getting out the word on COVID-19 relief funding for artists. And she’s dreaming up a podcast with both local and national authors who are writing across the African diaspora.

For Gardin, it’s also second nature: she has spent decades making the arts run in New Haven. Born and raised in the city, she grew up as a pupil of artist and activist Angela Bowen, who ran the now-legendary Bowen/Peters School of Dance. Years ago, she worked as a manager at Unique Boutique, one of the city’s first Black beauty supply stores, on Dixwell Avenue.

In 1993, Gardin started creating festivals with an artist-led celebration in Bowen Field. In the years that followed, she grew her cultural footprint with programming at Long Wharf Theatre, arts festivals, and New Haven Kwanzaa celebrations from 2005 to 2008. She joined early iterations of the Dwight/Edgewood Project run through the Yale School of Drama and jumped into community engagement positions at the Arts Council of Greater New Haven, Shubert Theatre, and Long Wharf.

In almost all of her organizing jobs, she has turned to performing arts as a lifeline. Her time with Hill Cooperative Youth Services saw the creation of a youth theater intensive that traveled both within New Haven and down to the National Black Theatre Festival in North Carolina.

In 2009, she created Arts@Work, a program designed to teach youth about production work opportunities in the theater. The program was funded by William Gruastein; she used it as a chance to loop in Yale alum Marcus Gardley. After moving to New York for a period of years, she returned to New Haven and picked up right where she left off.

She said she sees the Elm City Lit Fest—in all its possible forms—as continuing that work.

“There are things that might have happened along the way where I kind of just rolled with the punches,” she said. “But I always think about how I can overcome it or get through it.”

As she works on the festival from home, she is planning a “Lit Fest Project” podcast, a biweekly program featuring the literary artists who were going to be in the festival. She is also figuring out how to reconfigure several of the literary workshops and panels that were planned for the festival. Those include topics such as publishing, short story technique, comic book creation, poetry reading and writing and young adult literature.

“I’m living up to my name,” she said. “‘Ife,’ which is West African Yoruba, and it means ‘love of creativity’, ‘love of the creator’, ‘love of arts and culture.’”

Follow the Elm City Lit Festival on Facebook. This year's inaugural festival will be held in honor and celebration of the late Toni Morrison.